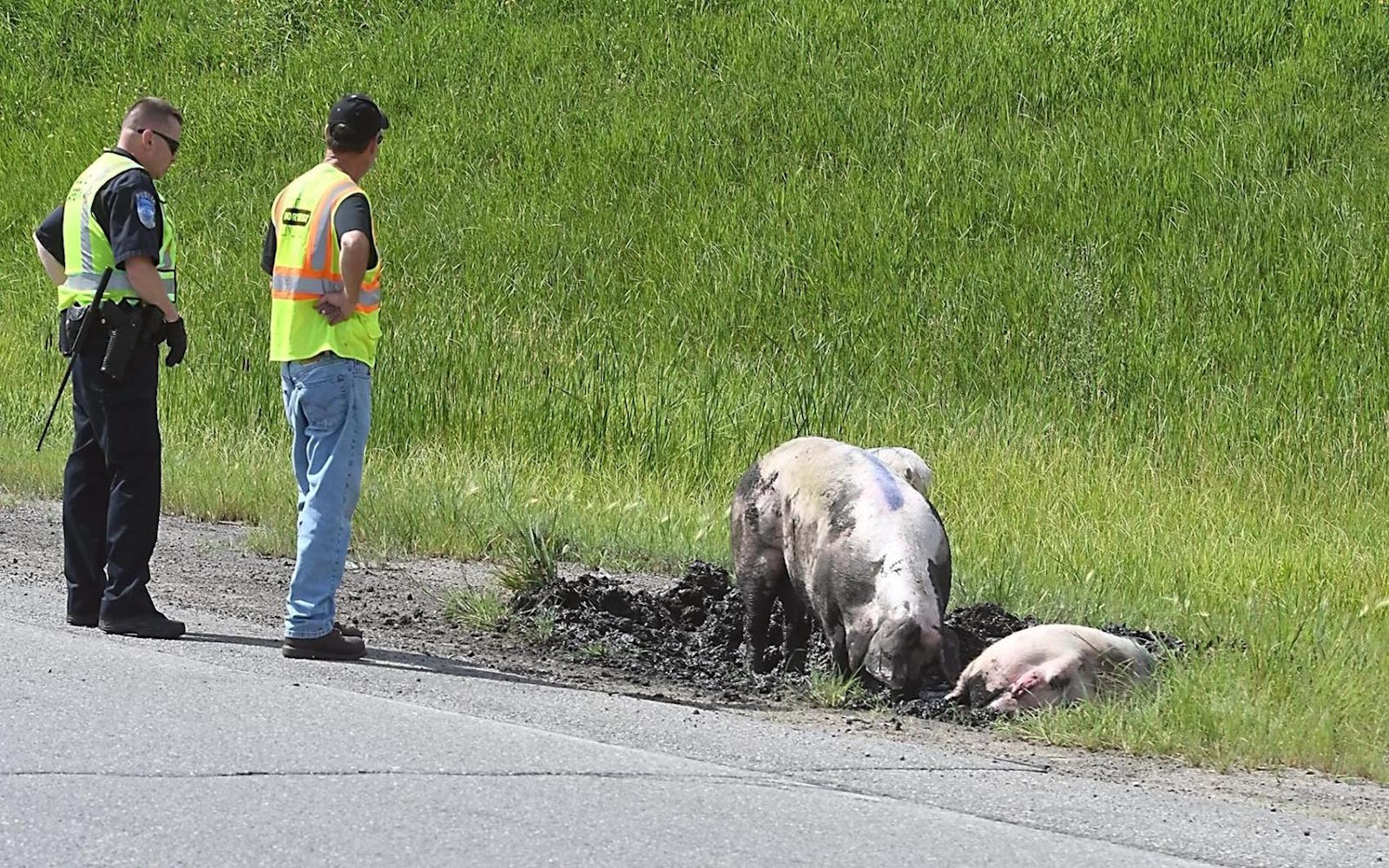 Typically, getting into a car accident isn’t exactly something to be happy about. But if you’re a pig headed for slaughter, it can actually be a blessing in disguise.

When a semi truck transporting mother pigs overturned on a highway in Minnesota in 2018, it led to something pretty incredible: Two of the surviving pigs were temporarily freed and got the chance to experience the simple pleasures of being a pig for what was most likely the first time in their lives. 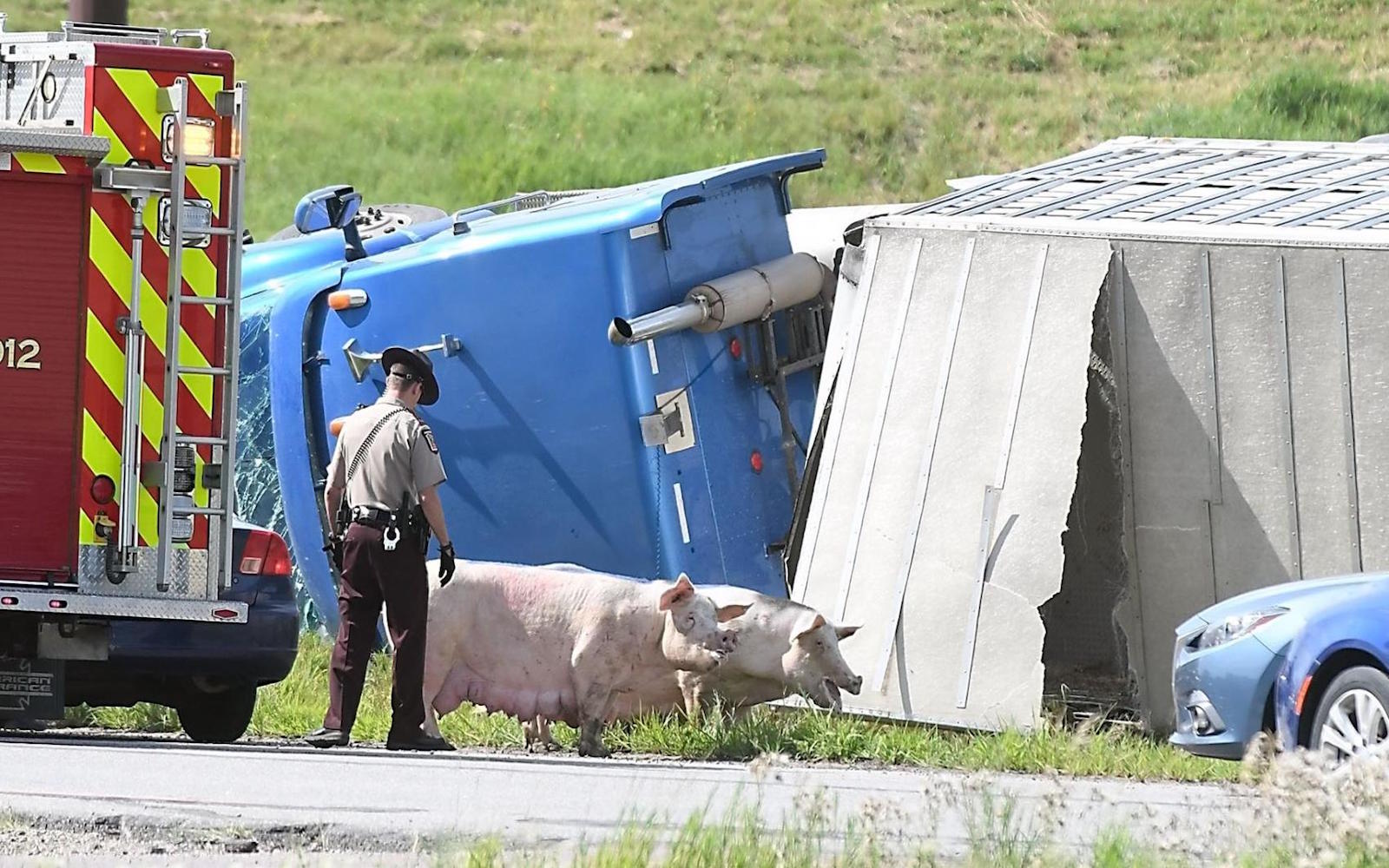 Even on the side of the busy highway, the pigs were ecstatic to have the opportunity to do what nature intended for them to do: romp around in the grass, roll in the mud, and enjoy the sunshine.

For a fleeting moment, these poor mother pigs seemed to forget that they had just witnessed the horrors of a factory farm and seen some of their fellow pigs die in the accident. Even though they were injured, stunned, and still swollen from producing milk for the babies who had been taken away from them, all of this disappeared once the sweet sows got their first taste of freedom.

They were no longer crammed in the back of a hot truck in uncomfortably close quarters, and a whole new world — one of fresh air, natural light, soft grass, and cool mud — had opened up before their eyes.

Soon, another 10 or so sows exited the trailer and joined in on the fun.

Unfortunately, the animals were eventually gathered up by the police and fire officials tending to the accident scene and were presumably returned to the facility where they came from. If only for a few minutes, these pigs were lucky enough to experience the natural, free world, but sadly, their fate will likely still be the same as originally planned.

The visible joy that these pigs felt when they got a short but sweet chance to be free is a testament to why we should see these animals not as food, but as what they really are: intelligent, loving creatures who just want to enjoy everything the world has to offer, much like us.