The Connection Between Seasonal Allergies, Climate Change, and Mental Health 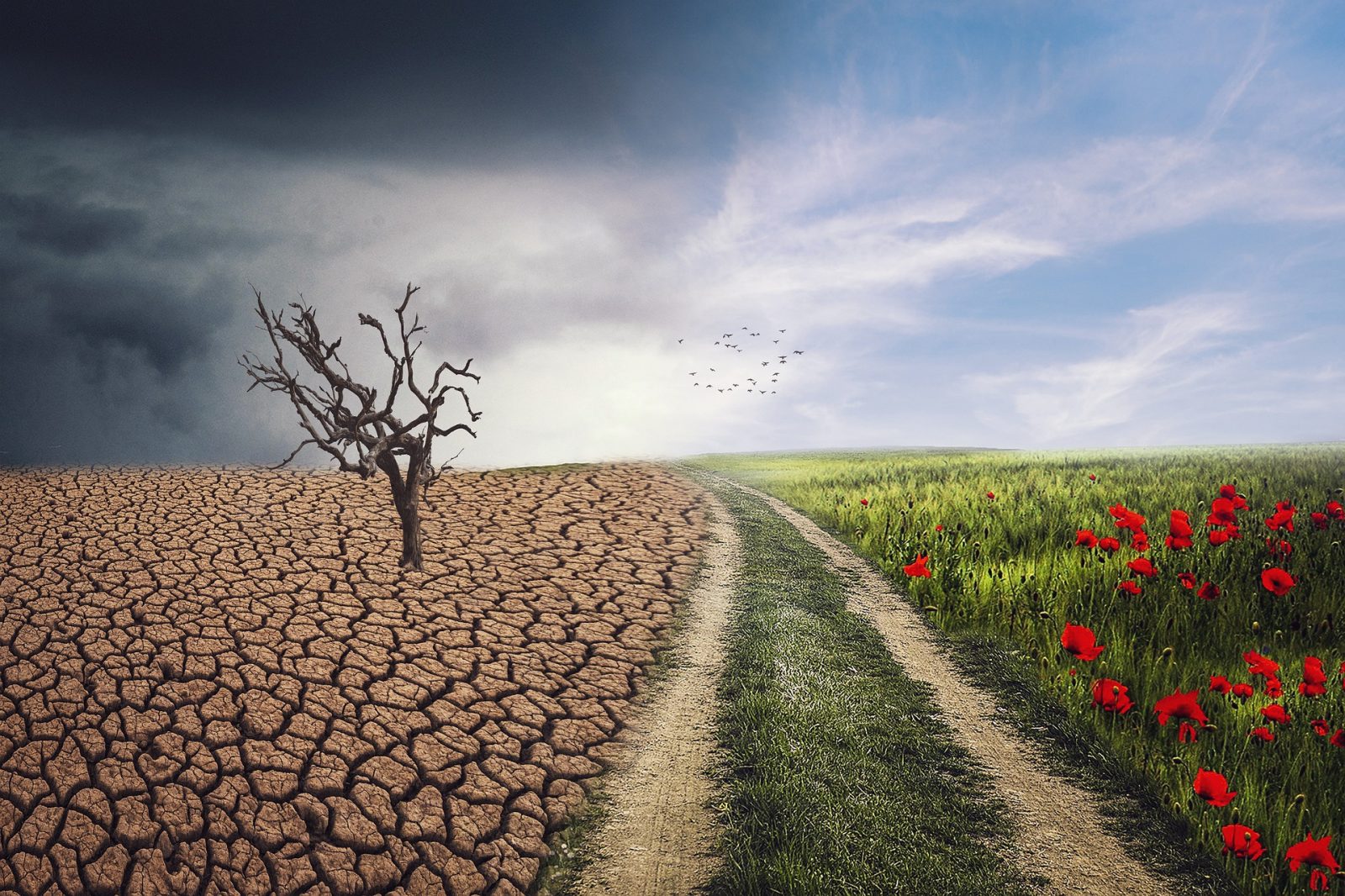 Allergies aren’t simply benign afflictions that involve lots of tissues and eyedrops. The Centers for Disease Control and Prevention (CDC) states that “‘allergies are the sixth leading cause of chronic illness in the [United States], leading to healthcare costs in excess of $18 billion each year.”

A huge majority of the population has become increasingly sensitive to the changing tides between the seasons. Some people, like myself, who have never experienced allergies before, are now succumbing to the symptoms regularly.

While there are a variety of ways to naturally engage and deal with these symptoms, it’s not just physical. One of the biggest changes seen in those with seasonal transition allergies is a shift in mood — especially in those predisposed to depression and anxiety. It’s as if Seasonal Affective Disorder (SAD) — “a form of depression that directly relates to seasons with the lowest temperatures and overcast skies” — has become the normal response to a change of season.

On top of these super fun changes, there’s a whole new layer to the seasonal allergy puzzle — climate change. Not only are certain seasons longer and more intense, but the transitions between seasons can be sudden, severe, and even backward — some areas now experience “relapses” into cold or hot weather.

For instance, one day, it’ll be 20 degrees Fahrenheit and the next, it may be 60 degrees Fahrenheit. Plants are blooming when they shouldn’t be, grasses are growing right before they freeze, and allergies are running rampant in the severity of these transitions.

Alright, let’s take a slightly closer look at these relationships to learn how we can personally combat them! 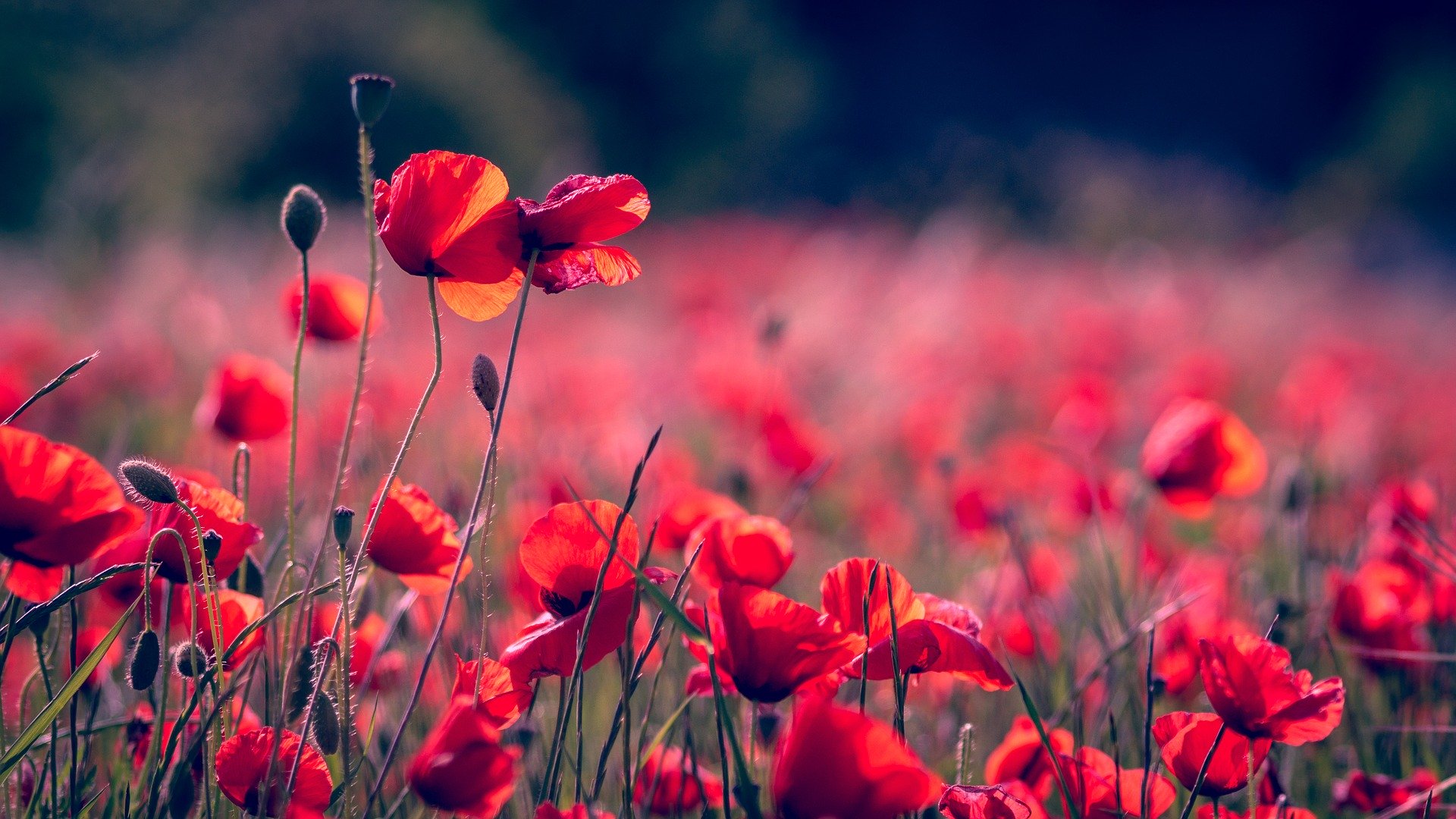 Seasonal allergies go by many names, including allergic rhinitis and hay fever, yet the one thing this condition no longer seems to abide by are seasons.

Let’s take a step back and identify these different forms of “formerly seasonal” allergies.

First off, allergic rhinitis refers to “an allergic response to specific allergens,” such as pollen “that occur with the change of the seasons.” Hay fever is basically the same thing as allergic rhinitis or seasonal allergies, yet it more specifically refers to a set of symptoms including “sneezing, watery eyes, and congestion,” as well as skin irritation or rash, all of which are “allergic reactions to airborne particles such as pollen.”

At one point, seasonal allergies flared only with the drastic changes of seasons, most commonly from summer to fall, winter to spring, and sometimes, spring to summer. Each of these transitional periods generally ushers in the blooming of new plants, the dying off of others, and new weather patterns, including rain and wind, both of which stimulate plant spores, pollen, mold, mildew, pet dander, and mites to go airborne, making them much easier to reach your nasal passages.

So, what do I mean when I say that seasonal allergies no longer abide by the changing tides of our beautiful seasons? All you have to do is google allergies and climate change, and you’ll find articles such as Climate change is making allergy season worse on CNN, Climate Changes Allergies and Asthma by the American Public Health Association, the National Geographic article Climate Change is Making Your Allergies Worse, or even the super blatant POLLEN PROBLEMS: Climate Change, the Growing Season, and America’s Allergies.

Seasoned journalists, scientists, researchers, and even lawmakers are making the connection and have been for years. So, why has medicine caught up with or even shown a faining interest in making the necessary changes to tackle this huge health care issue?

Well, let’s see if we can break down the connections a bit better and take the onis on our shoulders!

It’s impossible to ignore the connection between allergies and climate change. Allergies are generally instigated and worsened by environmental factors. Climate change is severely changing our environment, the length of seasons, and the severity of transitions and is putting a tailspin on what we traditionally understood as “normal.”

Yet, did you also know that these two factors — allergies and climate change — have a monumental effect on mental health?

Most likely, you’ve heard about Seasonal Affective Disorder, a disorder that increases anxiety and depression around the changing of the seasons and has been linked to a “dysfunctional brain signal that controls the release of serotonin.” This is just one piece of the allergy-climate change-mental health puzzle!

Per the Asthma and Allergy Foundation of America, “climate change is an environmental issue [and] it is also a serious threat to our public health.”

All you have to do is look at the numbers.

As of 1970, around “one in ten Americans suffered from hay fever,” and in 2000, that number skyrocketed to “three in ten.” Americans who were affected by asthma — oftentimes accompanied by hay fever — “rose from 3.1 percent to 8.4 percent of the population between 1980 and 2010.” The truly scary numbers are those that perished from these symptoms and conditions: “asthma brought people to U.S. emergency rooms 1.7 million times in 2015; the next year, it killed about 3,500 Americans.”

Per a report by the Asthma and Allergy Foundation of America and the National Wildlife Federation, climate change can affect “pollen, mold, and poison ivy,” all of which can “increase the risks of asthma and allergy attacks.” On top of that, climate change has also been shown to “make air pollution worse,” which is also an increasing factor for asthma attacks.

How does it all work?

First off, climate change causes “rising temperatures,” which leads to “longer allergy seasons and worsen air quality.” Those drawn-out allergy seasons “cause more allergies and asthma attacks.” The warming of the global temperatures across the U.S. between 1995 and 2011 has led to the “pollen season to be 11 to 27 days longer,” as well as the creation of even more pollen, “stronger airborne allergens, and more allergy symptoms.” These rising temperatures have led to longer growing seasons and more days spent above freezing.

While our climate and environmental researchers don’t “fully understand the causes of the upward trend in allergies … one thing is clear: as humans warm the atmosphere, the freeze-free season generally begins earlier and lasts longer each year, extending the time during which plants can grow and produce pollen.” In short, this is a “cause and effect ending with more people being affected by allergies and those already affected experiencing even more severe symptoms.”

The connection is quite obvious — rising temperatures associated with climate change lead to longer and more dramatic seasons, which causes an increased risk of asthma attacks and severe allergy symptoms.

But, where does the whole mental health component come into play?

“Not only [is] climate change … expected to affect physical health, it is also likely to affect mental health. Increasing ambient temperatures is likely to increase rates of aggression and violent suicides, while prolonged droughts due to climate change can lead to more number of farmer suicides. Droughts otherwise can lead to impaired mental health and stress. Increased frequency of disasters with climate change can lead to posttraumatic stress disorder, adjustment disorder, and depression … It can also lead to increased rates of physical illnesses, which secondarily would be associated with psychological distress.”

Alright, but where’s the connection between allergies and mental health?

A study promoted by Medical News Today found that “having asthma, allergic rhinitis, or atopic dermatitis (eczema) could increase a person’s risk of developing a mental illness.”

Another more recent study involving multiple research facilities across Germany and Switzerland “took into account cases of self-reported type 1 allergies,” which are those that “cause an immediate reaction following exposure to the allergen, and they can result in symptoms of varying severity” including eczema, hayfever, conjunctivitis, and anaphylaxis.

While the study found connections between mental conditions and allergies, two findings stood out. First off, they found that “individuals with year-long allergies were more likely to have depression” and a more generalized finding that there is a “positive association between anxiety and seasonal allergies.”

In short, there is a connection between prolonged exposure to allergies and mental health, yet far more research needs to be done to understand that connection.

We now know that allergies aren’t necessarily seasonal. We also know that there’s not a whole lot we can do about them with the drastically changing climate. With that said, while your environment may be causing the symptoms, plant-based foods sourced from the Earth’s soil can help you fight the reactions. There are a host of compounds found within plant-based foods that are known to help regulate and decrease histamine, one of the main causal factors in the human body connected to those horrible allergy symptoms. Here are a few of those plant-based compounds, where you can find them, and how you can incorporate them into your daily life!

Foods that are rich in vitamin C are not only great for boosting your immune system, but they can also be a huge boon for kicking some of those allergy symptoms. Why is this? Vitamin C actually “acts as a natural antihistamine.” A study published in Sage Journals in 2018 found that because vitamin C “is a powerful antioxidant and anti-inflammatory, it may act as a treatment for allergies.”

Vitamin C is also found in a ton of plant-based foods, including orange (and almost all other citrus fruits), bell pepper, broccoli, cantaloupe, cauliflower, kiwifruit, strawberries, tomatoes, and winter squash.

If you’re a total nutrition nerd (like myself!) then you probably recognize bromelain as a popular natural digestive enzyme. Yet, this wonderful compound is also a hugely “popular natural remedy for swelling or inflammation, especially of the sinuses and following injury or surgery,” which also happens to make this a useful natural allergy symptom reliever! Research also found that bromelain “can reduce allergic sensitization and allergic airway disease thanks to its anti-inflammatory and anti-allergic properties.”

While vitamin C may be plentiful in the dietary world, bromelain is pretty much relegated to the “core and juice of pineapples.” Lucky for us, pineapple is a great plant-based ingredient that you can find year-round!

Looking to get your bromelain on? Try out a few of these super creative and delicious pineapple recipes: Sweet Pineapple Tempeh Stir Fry, Pineapple Pizza Tacos, Basil Pineapple Ginger Smoothie, Thai Pineapple Yellow Curry With Vegetables, or this Pineapple Jam.

This is another one of those compounds that you may have already heard about, yet it’s a bit less well-known than bromelain. Quercetin is an “antioxidant flavonoid found in many plants and foods,” and research has found that quercetin “can have anti-allergic and antihistamine properties.” It also turns out that quercetin is found in a variety of plant-based foods, including apples, berries, broccoli, grapes, peppers, red onions, and red wine. This compound is also super-rich in many teas, including black tea, buckwheat tea, and green tea.

Quercetin is super easy to “accidentally” eat a lot of when you practice a plant-based diet. With that said, it doesn’t hurt to try and get more of this wonderful histamine-blocking and anti-inflammatory agent into your diet.