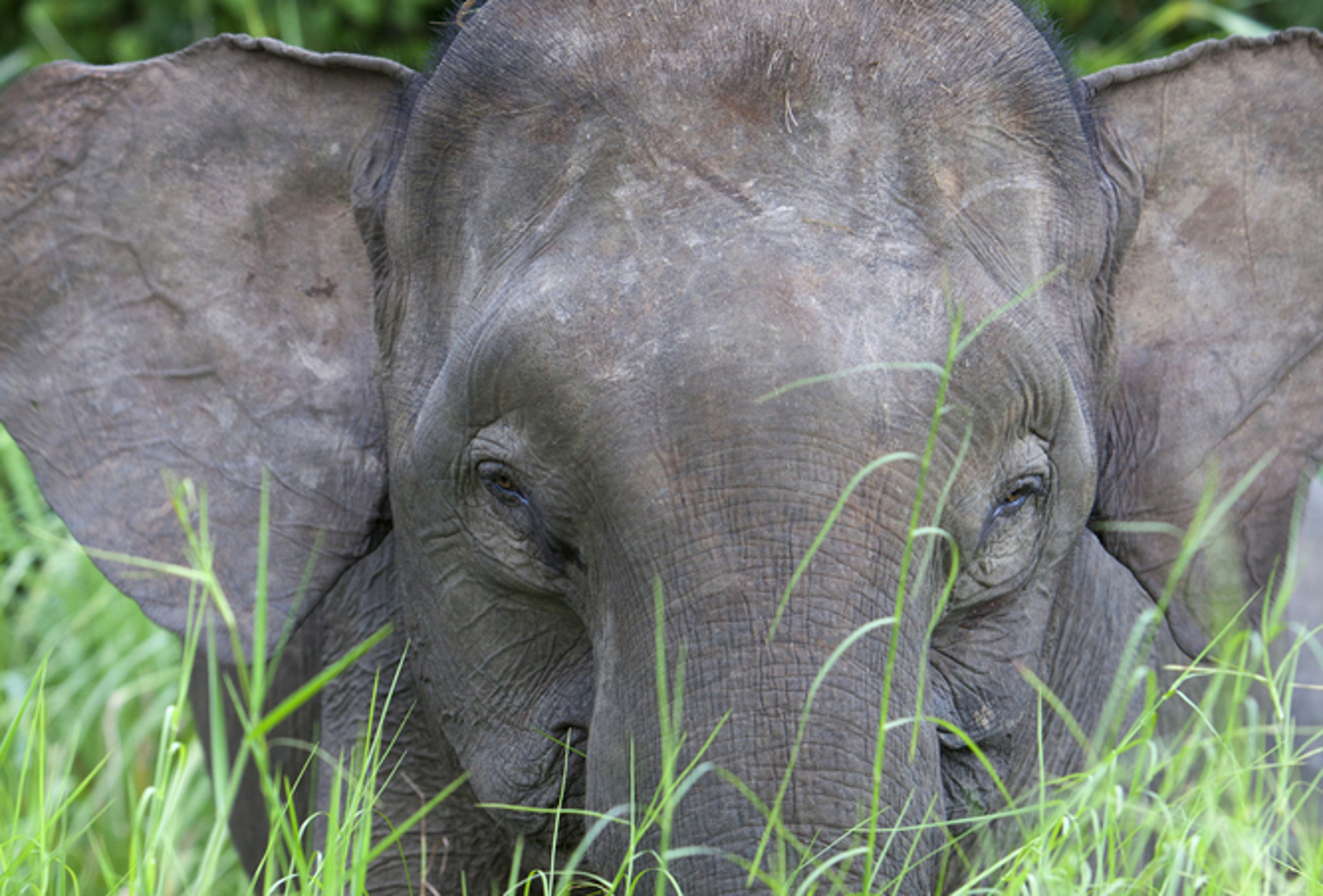 Palm oil is an extremely popular commodity, highly valued by manufacturers for its versatility, low cost, and long shelf life. It can be found in approximately 50 percent of everyday consumer goods, including snack bars, cookies, pet food, cosmetics, and cleaning fluids. However, its large-scale commercial production in Malaysia and Indonesia has devastated local ecosystems and seriously compromised the health of its human and animal residents. Around 90 percent of the world’s palm oil is produced in these two countries, with a large proportion of this occurring in the Leuser Ecosystem of Sumatra, a vital wildlife habitat that is home to many animal species who cannot be found anywhere else in the world.

Palm oil production companies often ignite highly damaging forest fires as a means of rapidly clearing the land in this area. Shockingly, an estimated 300 football fields’ worth of rainforest are cleared every single hour to make way for palm plantations. Orangutans can be shot on sight if they happen to wander onto a palm plantation. Over the past two decades, 20,000 of these animals have been killed at the hands of the palm oil industry, and they are now critically endangered, with some experts predicting that they could be extinct within thirty years. Just 60,000 of them remain. Malayan sun bears, Sumatran tigers, and Sumatran rhinos are also threatened with extinction by the actions of the palm oil industry.

Another species whose numbers have plummeted in recent decades thanks to large-scale palm oil production is the pygmy elephant (also known as the Sumatran elephant). They are frequently caught in traps or poisoned to death by palm oil companies who regard their presence as a nuisance. The Indonesian branch of the World Wildlife Fund (WWF) has estimated that over 100 pygmy elephants were killed in the Riau province of Sumatra between 2004 and 2014. Just 1,300 of these animals now remain, while the International Union for the Conservation of Nature (IUCN) lists them as “critically endangered.”

Their plight was recently highlighted by Paul Hilton, a renowned environmental photojournalist whose work often focuses on the endangered animals of the Leuser Ecosystem. Hilton shared this heartbreaking photograph to his Instagram page, showing exactly what a tragic impact human greed has had on pygmy elephants.

This young elephant was killed at the behest of people whose main concern was their profit margins.

Please help make a difference. I can’t do this on my own. This critically endangered Sumatra elephant didn’t make it. But we can really step up patrols and monitor elephant movements if you help us. The crowd fund has stalled. Please go to my bio and get it moving again please. We can’t do this without your help. I tell everyone, that the people that follow me are very commitment to change, please dig deep people. #saveleuserecosystem #LDF #cutconflictpalmoil

Hilton is currently running a crowdfunding campaign aimed at protecting the Leuser Ecosystem’s endangered animal species. In the caption of this heart-wrenching photograph, he made a plea to his followers to help save pygmy elephants … before it’s too late. “I can’t do this on my own,” he said. “This critically endangered Sumatran elephant didn’t make it. But we can really step up patrols and monitor elephant movements if you help us.” The crowd funding campaign link is available here, for all those who are able to donate to this vitally important cause.

The tragic fate of this elephant should give us all a good reason to step away from palm oil for good and seek out more planet-friendly alternatives. When the demand stops, the killing can stop too. To learn more about the problem with palm oil, and how you can cut it out of your everyday life, check out the articles below.