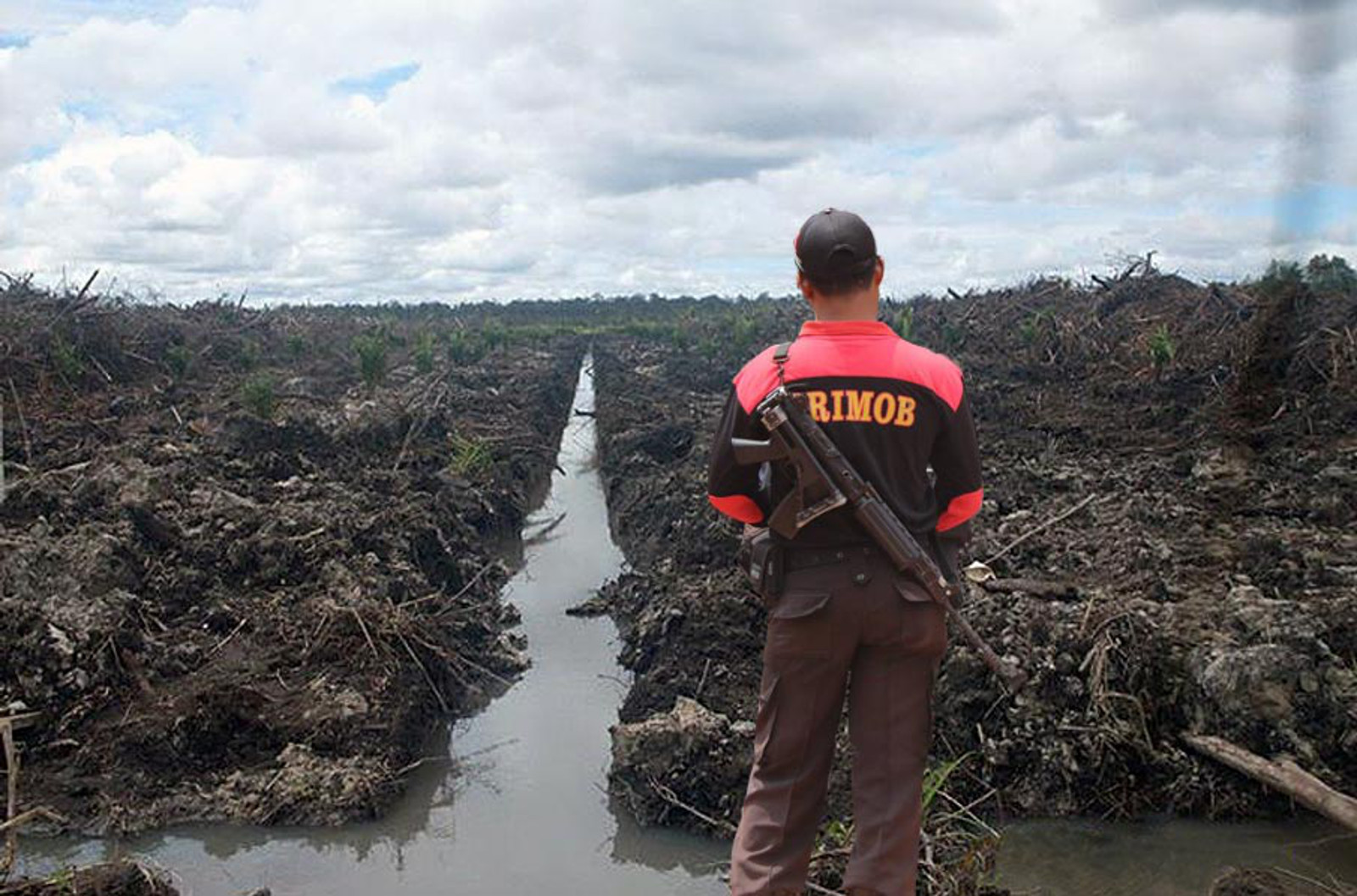 You may already know that palm oil production is a leading factor in injuring, killing, and displacing a variety of beautiful animal species, including tigers, orangutans, and elephants. But you may not be aware of how much palm oil production affects the only species of animal you are almost guaranteed to see every single day of your life – that is, if you have a mirror in your house!

Just as much as palm oil is in (unfortunately) nearly everything we eat or use these days, from potato chips to shaving cream, our continued support of palm oil is also working against one of the few things we can all stand together for: human rights. If you could ignore the protests against palm oil before now because it didn’t affect your species or your habitat, think again: palm oil just got personal!

So how exactly does palm oil affect human rights? As the Earth Island Journal aptly points out, the reason why we may be unfamiliar with the answer to this important question is because “the human rights abuses endemic to palm oil production are the industry’s best-kept secret.”

Plantation Working Conditions and Regulations Are The Worst

Topping the list of unethical practices found in palm production is underpaid servitude. The very practice that supports the industry, the production of palm oil in Malaysia and Indonesia is known for: “children as young as 8 and 9 sometimes work[ing] seven days a week in treacherous conditions … immigrants are lured to faraway plantations with promises of safe working conditions and fair wages, only to find a kind of indentured servitude… contributing to an atmosphere of violence, fear, and exploitation.”

These statements, supported by investigations from Amnesty International, the International Labor Rights Fund, Humanity International, and others, should not go ignored like so many other unsavory features of human rights violations in agricultural exploits.

Workers who arrive from out of the area (when employers refuse to higher local labor) may be forced to pay for food and lodging at inflated rates, as well as having their passports and IDs held indefinitely. These are just a few ways in which their employers make sure that these workers have no choice but to continue working there, not by choice, but by necessity. If it sounds eerily similar to a form of slavery, that’s because it is.

Isn’t it Good for the Local Economy?

When some hear of the “booming” palm oil industry in Indonesia, they immediately make the assumption that a growing industry means growing economic prosperity for local inhabitants. Even if those working the lowest paying jobs of palm oil production aren’t feeling that prosperity, surely the owners of these productions must be.

However, according to World Watch Institute, “surveys of smallholder communities have found that the farmers often struggle to repay the loans issued regularly by large commercial operations. Buried under debt, the smallholders have essentially worked as indentured servants.”

It also depends on who you consider the “real” owners of the land being used to produce minimal revenue from the palm oil industry, as “local governments have been accused of dishonestly obtaining the land from indigenous peoples. Lacking official land titles, local communities are frequently left with no option but to embrace oil palm farming.”

The spread of the palm oil industry threatens to further the displacement of indigenous groups and their claim to the surrounding forests.

Since the 1970s, nearly 2.5 million people have been displaced in Borneo because of palm oil expansion, and this is hardly the only instance where this has occurred.

With human rights violations being one of many concerns to add to the list of palm oil’s darker side, isn’t it time to consider giving it up and opting for palm-oil free products? Avoiding it may not be the easiest thing to do, but it’s the right thing, and it can be achieved with a little effort.