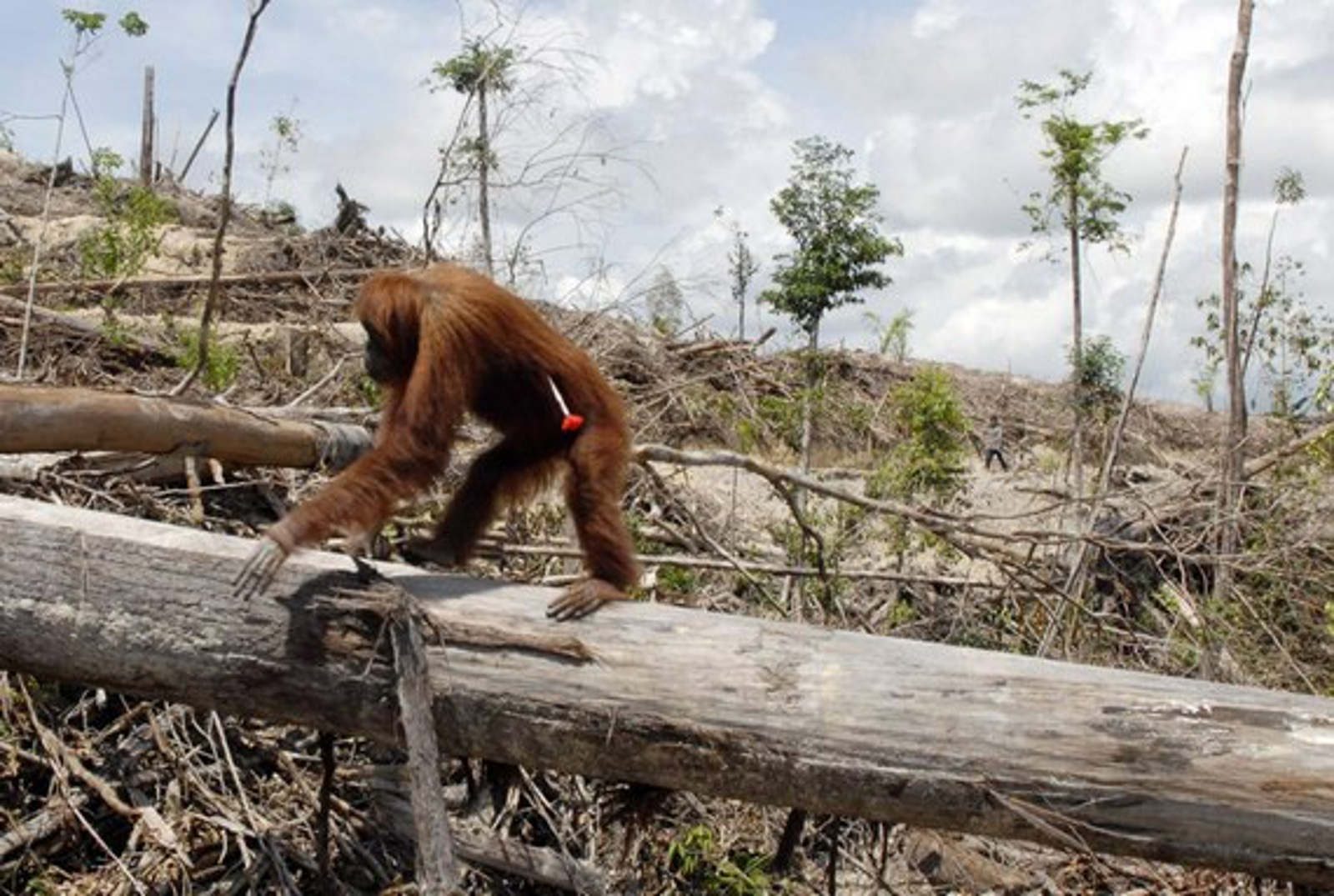 Palm oil is an extremely popular commodity. It appears in approximately 50 percent of everyday consumer products, ranging from cleaning fluids to snack foods. 90 percent of the world’s palm oil is produced in Malaysia and Indonesia … and, sadly, the truth behind its production in these countries are not as well-known as they should be.

In developed countries, we are seldom encouraged to think about how products like cookies and snack bars ended up on our shelves. Instead, manufacturers simply urge us to savor the taste and texture of these goods … never to ask questions about how its ingredients might have been made. Deforestation in Indonesia – where palm oil plantations have been destroying vital habitats such as the Leuser Ecosystem for a number of decades – seems remote from our lives. This is why photography is such an effective way of helping us to open our eyes to the reality of what has been going on.

A heartbreaking image shared by The National University of Singapore (NUS) reveals just how devastating the ongoing disappearance of Indonesia’s forests has been. 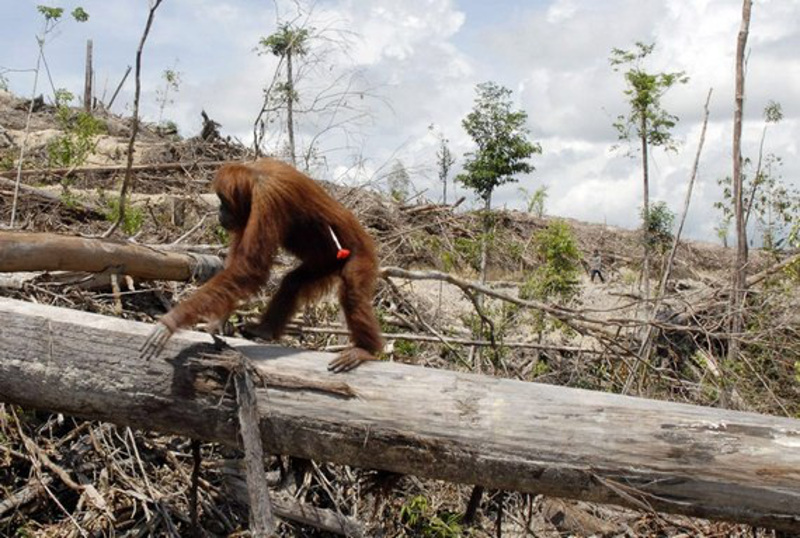 The NUS has outlined three principal methods of destroying a natural habitat … and all three of them are at work in the vital ecosystems of Indonesia, where 300 football fields’ worth of forest is cleared every hour, to make way for palm oil plantations.

In the picture above, an orangutan can be seen exploring the bleak landscape they must once have called home, with a dart lodged into their back. Sadly, orangutans are often shot on sight if they wander onto a palm oil plantation. Over the past two decades alone, an estimated 20,000 of these animals lost their lives at the hands of the palm oil industry. 60,000 of these animals now remain, and it has been estimated that they could be extinct in just thirty years if their current declining population trend continues.

Sumatran tigers, pygmy elephants, Sumatran rhinos, and Malayan sun bears are some of the other animal species threatened with extinction because of the destructive actions of the palm oil industry. Palm oil companies often start fires in forested areas that have been marked out for palm oil production, as a quick and convenient way of clearing the land. They leave a devastating impact on the livelihoods and the health of local people, in addition to placing animals in grave danger of extinction.

The strongest action you can take to help save the humans and animals of Indonesia, together with the ecosystems they inhabit, is by cutting palm oil out of your life today. To learn more about how you can make a difference, read the articles below.