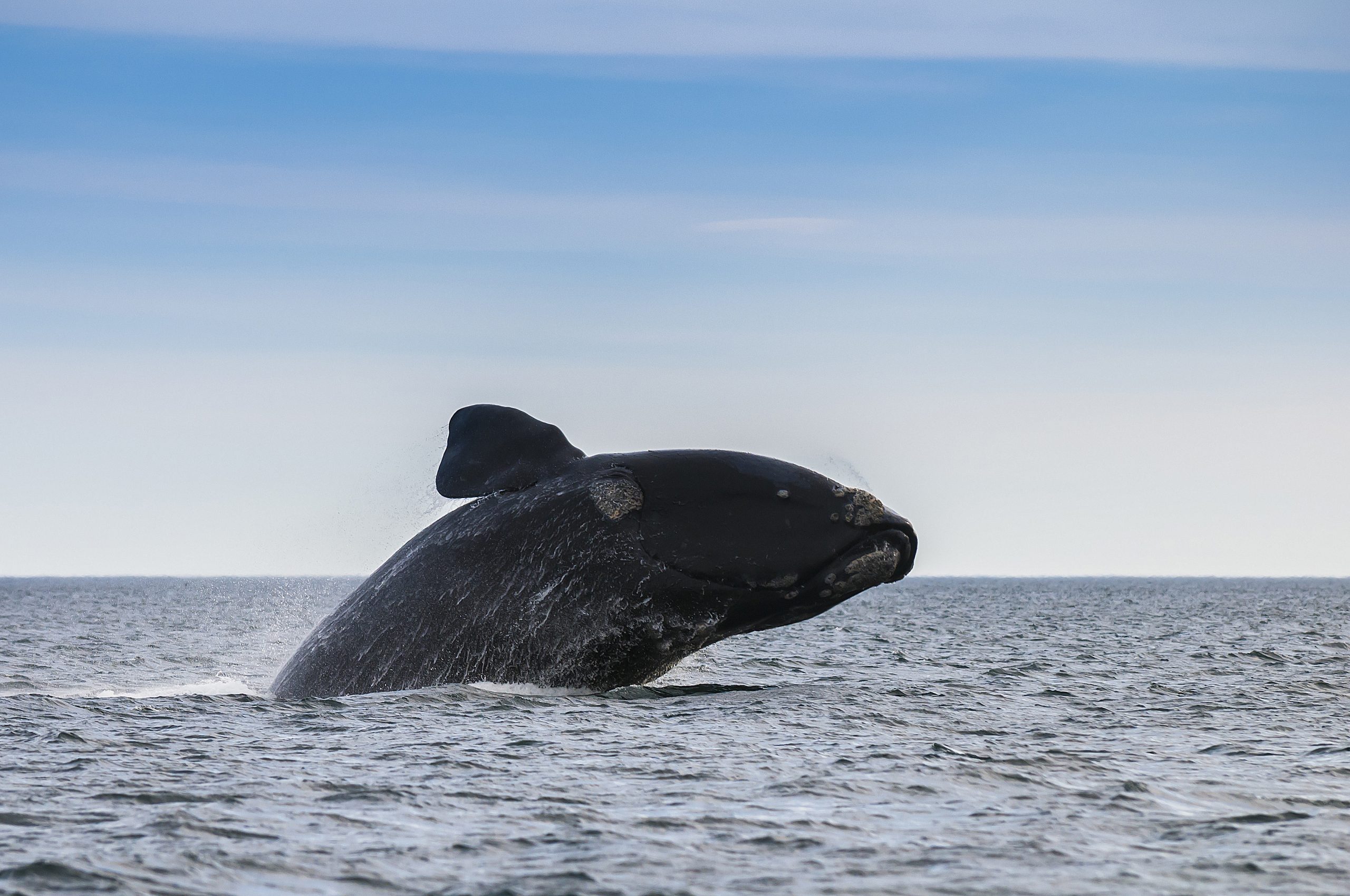 North Atlantic right whales have gotten smaller since the 1980s, a new study published in the journal Current Biology found. The whales’ population has also decreased, while scientists confirmed that the whales are shorter than they were 30 to 40 years ago.

“On average, a whale born today is expected to reach a total length about a meter shorter than a whale born in 1980,” said Joshua Stewart of the National Oceanic and Atmospheric Administration (NOAA) in a statement on the research. This change equates to a 7% reduction in length. “Major impacts on life history like this have been documented in heavily exploited commercial species, especially fishes, but to our knowledge this is the first time these kinds of impacts are being recorded in a large mammal,” he said.

The research team is also concerned that stunted growth could mean reproductive issues and a higher likelihood of getting tangled in gear.

“The smaller you are, the less energetic reserves you have, and the harder it might be to survive a serious entanglement or sustained food shortage,” Stewart explained. “So it’s possible that these life history changes could translate into population viability impacts. But this really makes me wonder about how large whales worldwide are being impacted by entanglements. This is by no means a problem unique to right whales–entanglements are a major threat for whales, marine mammals, and other marine species worldwide. Because North Atlantic right whales have this incredibly detailed dataset with known ages, sizes, entanglement histories, and so forth, we could directly examine how these impacts are affecting growth rates,” Stewart continued. “My guess is that many other species are being similarly affected, but we just don’t have the ability to detect it in less well-studied populations.”

Sign this petition to tell Congress to pass legislation to protect whales.