What on Earth Are We Doing to North Atlantic Right Whales? 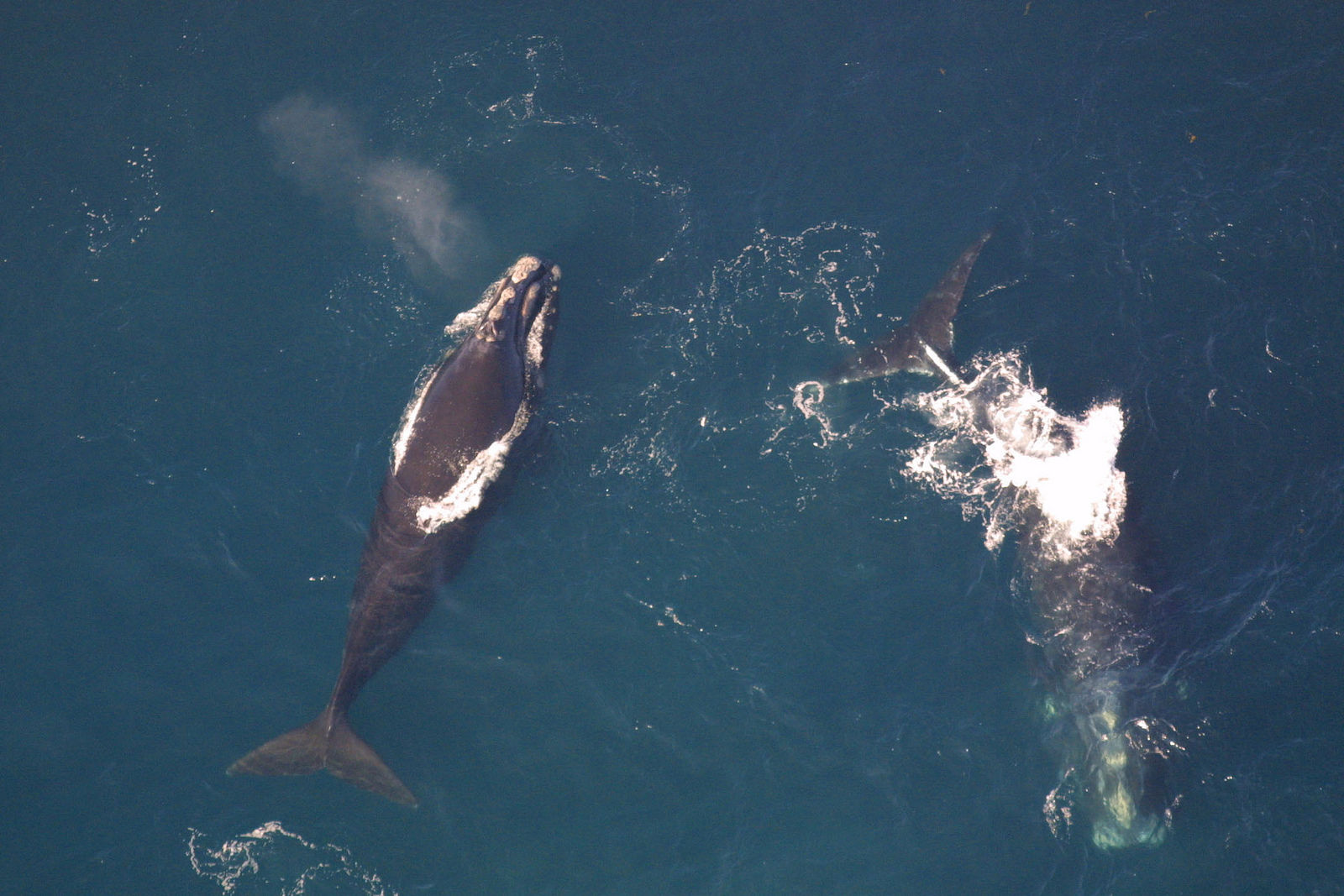 We’ve all seen the “Slow for Wildlife” signs while driving along windy, wooded areas – well, it looks like we may need to start putting up signs like these in the middle of the ocean. Ship traffic has a major impact on marine life, especially in areas of high import and exports where fast moving ships can strike marine life the same way your car can hit an animal on the road.

Slow Down For Whales!

Tens of thousands of large ships travel into ports along the East Coast a year, many at speeds around 15+ mph. Because the right whale tends to inhabit coastal waters and moves rather slowly, it is difficult for high-speed vessels to avoid whales while going in to dock.

Seeing the incredible impact high-speed ships were having on the right whale, the National Marine Fisheries Service published the “Final Rule to Reduce the Threat of Ship Collisions with North American Right Whales,” more commonly, the “Ship Strike Rule.” This rule requires ships over 65 feet in length to reduce their speed to 10 knots (approx. 11 mph) when traversing right whale hot-spots. These spots are designated by seasonal and  sighting specific areas.

Studies done by the National Marine Fisheries Service show that by reducing ship speed to 10 knots, the risk of lethal ship strike drops by 80 PERCENT! The same way you are less likely to critically injure others or yourself when you are driving slowly, mariners who reduce their speed to cautious levels are less likely to mortally wound whales if they come into contact.

The International Fund for Animal Welfare has even developed an app called “Whale Alert” that provides mariners with “real-time information on the presence of right whales,” as well as ” easy-to-read charts and related regulatory information” to inform mariners of potential fines and penalties if they violate the Ship Strike Rule.

All these measures are instrumental in protecting the right whale population, but they come with a catch. When the Ship Strike Rule was proposed in 2008, it came with a “sunset clause” or an expiration date. The established date of expiration for this rule was Dec. 9, 2013. Luckily, thanks to the NOAA, IFAW, and other amazing advocacy groups, the rule was extended.

But it’s not time to celebrate just yet…there is a new threat that might jeopardize the Ship Strike Rule.

According to the IFAW, “the Obama Administration has begun consideration of a petition that would exclude waters – from New York City to Jacksonville, Florida – from the Ship Strike Rule requiring large vessels to slow to 10 knots in critical habitat areas.”

Incidentally, this petition is backed by a minority of shipping interests who are looking to exclude federal channels and ports from the rule.

The IFAW is circulating a petition urging the Division Chief of the National Marine Fisheries Service to keep the Ship Strike Rule intact. Your signature is more important than ever to the future of right whales.

It only takes a few seconds to do yourself and you get MAJOR karma points if you send it to all your friends! (If you need help convincing them, just show them this post.)