One of the largest fallacies believed by humankind is the idea that we do not have the power to affect our global biosphere. Build skyscrapers, advance technology beyond belief, sure, but fundamentally alter the natural systems and structures of the planet? Certainly, that must be something far above and beyond humans’ capabilities.

Yet, in 1989, founder of 350.org and author, Bill McKibben declared that idea of nature as we know it is over, largely because of man-made greenhouse gas emissions. We cannot see these greenhouse gases at the earth’s surface (if you don’t count ground-level ozone), but we are rapidly beginning to witness the negative impact of their presence. The world’s polar ice caps are melting at unprecedented rates, the acidity of the ocean has been fundamentally altered, climate cycles are increasingly unpredictable and intense.

However, we are quickly learning that this needs to stop. Not only because we are compromising our personal health and well-being, but because plant and animal species worldwide are going extinct. Fifty-two percent of the world’s wildlife has disappeared in the past 40 years and scientists assert that this rate of extinction is 1,000 times faster than normal.

Things are going downhill quickly and many believe we’ve kicked the planet into its sixth period of mass species extinction. Kind of a major deal here. The good news is that there is still time to slow species extinction and we can all play a role in bringing species like sharks, orangutans, elephants, and many, many others back from the brink.

The first step in the race against extinction is learning how our actions are driving this loss of species. So, ready to start running? 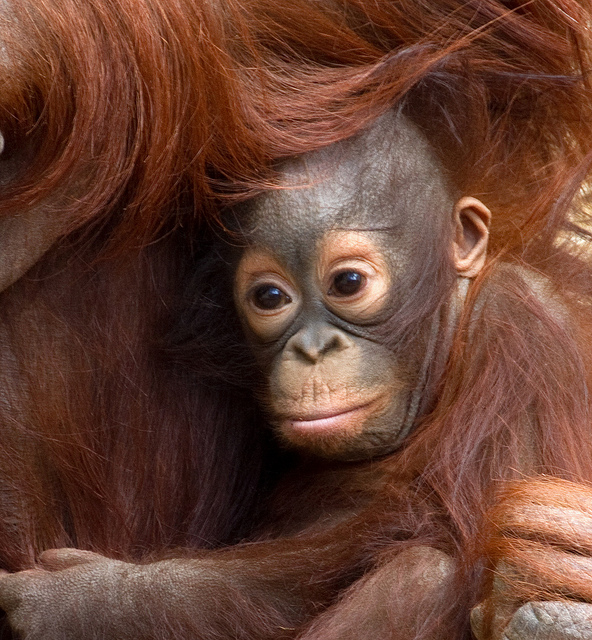 Livestock production is the downfall of South American rainforests and palm oil production is that of Indonesia. Palm oil is a vegetable oil found in around 50 percent of consumer goods. Every hour around 300 football fields of forest are cleared to make way for palm oil plantation; making palm oil one of the most unassuming, yet destructive food ingredients on the planet.

The majority of the world’s palm oil production occurs on the islands of Borneo and Sumatra. Combined, these islands are thriving biodiversity hot spots, however, many indigenous species are endangered due to palm oil production. The orangutan is the most well-known victim of palm oil, experts believe that these primates will be in the next 25 years if palm production rates continue. Other species such as the Pygmy elephant, Sumatran tiger, and Javan rhino, are also greatly endangered by this single crop.

Although this destruction occurs across the world, palm oil ends up in many of the products we buy in the U.S. Be sure to check all of the snacks, cosmetics, laundry detergent you purchase for palm oil. Every time you purchase something made with palm oil, you’re paying for extinction. When you choose an alternative, you might just help to save a life.

Another habit related to our food choices, overfishing is a large driver in the extinction of marine species. Around 80 percent of global fish stocks are over-exploited and a shocking 90 percent of large predatory fish stocks (including sharks, swordfish, and bluefin tuna) have disappeared. Experts estimate that by 2048, all wild fish stocks will be in a state of collapse.

As fish stocks decrease and demand increases, fisheries resort to using gill and trawl nets, enormously destructive nets that capture every living creature in their path. This sadly means that many non-target marine species, known as bycatch, end up caught in fishing nets. Bycatch makes up around 40 percent of all marine catches. Sharks, dolphins, sea turtles and whales are often caught as bycatch, contributing greatly to decline in their populations.

Not only are we depleting food sources for marine life, but we’re also systematically pulling healthy marine animals out of the oceans, killing them on the spot.

Removing fish and seafood from your diet can play a huge role in helping to restore marine ecosystems. If you go one year without fish or seafood, you can save over 225 fish and 151 shellfish. Keeping these animals in their native ecosystems and lowering the demand for seafood can help save the world’s oceans from collapse. Check out these plant-based seafood recipes and let’s start saving marine life!

The illegal wildlife trade has a net worth of 20 billion dollars, yet most people do not even know it exists. Trafficking everything from shark fins to ivory tusks and pangolin scales, this brutal trade is quickly running some of the world’s most endangered animals into oblivion.

Every 15 minutes an elephant is slaughtered for its ivory tusks. At this rate, scientists estimate that elephants will be extinct from the wild within the next 20 years. Around 100 million sharks are killed every year, and around 75 million are finned to make soup, an Asian delicacy. Three rhinos are poached every day their horns, which are rumored to have medicinal benefits in Traditional Asian Medicine; all studies indicate this is not in fact true. And in the past 10 years, one million pangolins have been pulled from the wild and killed for their scales and meat.

These statistics are staggering, but they hardly cover the entire scope and damage done by the illegal wildlife trade. As with the other industries on this list, this one can end when we stop paying for ivory nameplates, statues, and jewelry, it will cease to exist. Once you have ended your contribution to this industry, it is your duty to educate others about how their purchases impact other living beings.

We’ve all heard about the hottest new diet trends, it seems everything these days is either gluten-free, sugar-free or fat-free; but have you ever stopped to wonder if your diet is extinction-free? If you still consume meat and other animal products, chances are it’s not.

The United Nations Food and Agriculture Organization (FAO) estimates that livestock production is responsible for 14.5 percent of global greenhouse gas emissions, while other organizations like the Worldwatch Institute have estimated it could be as much as 51 percent. Around 26 percent of the land (on the entire planet) is allotted for grazing cattle and 33 percent is used to grow livestock feed. The South American rainforests have become the main regions where feed for the world’s livestock is grown. Deforestation rates in the Amazon have increased by 29 percent due to agriculture expansion and an area the size of Germany, France, Belgium and the Netherlands in South America has been converted to soy plantations. And no, this soy is not being made into tofu, it’s going to feed cows, chickens, and pigs. A total of 136 million rainforest acres have been cleared for animal agriculture.

It is estimated that 110 plant, animal, and insect species are lost every day due to rainforest destruction. The Pantanal jaguar, American wolf, and wildlife horse have paid for the cost of meat production with their lives and many other animals stand to suffer the same fate. The craziest part of all this is the fact that most people do not even know that their burgers and wings are causing this sort of destruction. And why would they, that is unless some brilliant people were to tell them about it (hint, hint).

Eliminating meat from your diet can help cut your personal carbon footprint by 50 percent, but simply reducing your consumption can make a big difference as well. Lowering the demand for animal products lowers the amount of deforestation needed to make room for more animals and feed crops, so every little bit counts! Click here for some amazing extinction-free recipes.

The Race is On

We might not have much longer to wait before we all enter this great race against extinction. Now that we know how our everyday choices influence the sixth extinction, it’s up to us to act. So, powered with this information, get out there and hit the ground running! The world’s wildlife will thank you for it.