Can Coral Reefs Make a Comeback?…Only With Our Help 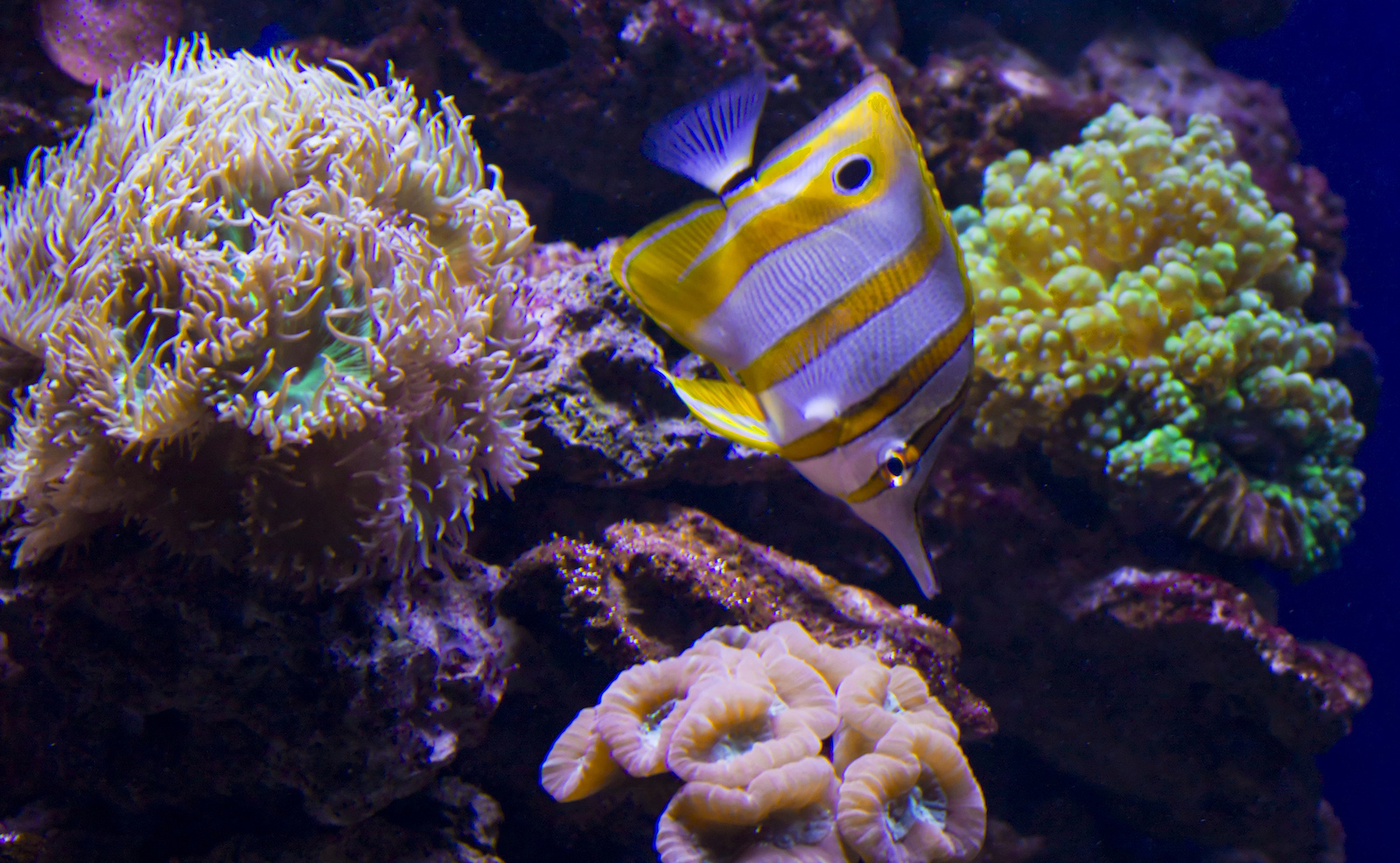 The incredibly fast-paced loss of rainforests across the globe has everyone worried. What will the ecological impact of this loss be? How many species of animals will be gone forever due to mass deforestation? When it comes to land animals, we can readily see the effects of habitat loss, however, another ecosystem is being lost at an incredible rate. And this ecosystem is home to 32 of the 34 recognized animal Phyla groups (as compared to the nine found in terrestrial rainforests). 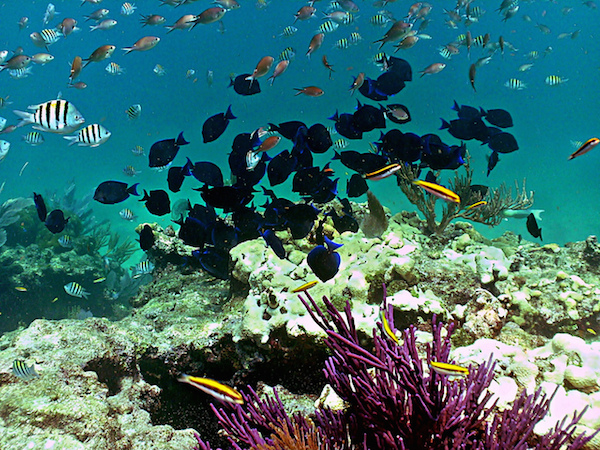 Coral reefs are home to about one-third of all marine species. Unfortunately, more than 80 percent of all the world’s shallow reefs are severely overfished, and climate change has begun to destroy reefs across the globe as well. Not to mention, as the oceans absorb more carbon dioxide, they are becoming more acidic and causing the calcium-based skeletal structure of coral to erode.

Due to these many factors, we have already lost 27 percent of the world’s coral reefs. If this rate continues, 60 percent of these reefs will be gone in the next 30 years.

Although this prognosis appears pretty dismal, it turns out that not all hope is lost. Coral reefs are proving they are more resilient than we thought, giving us an opportunity to take action and help reefs everywhere recover.

The loss of coral is referring to a process called “coral bleaching.” When a coral is exposed to warm waters, high acidity or pollution, it expels the tiny microscopic algae, zooxanthellae, that are responsible for providing food, oxygen and the rainbow of colors we have grown to love for the coral. In healthy corals, these zooxanthellae have a symbiotic relationship, so that rigid coral you see when snorkeling is home to thousands of tiny organisms. And as we know, a thriving coral is also home to thousands and thousands of other marine animals. 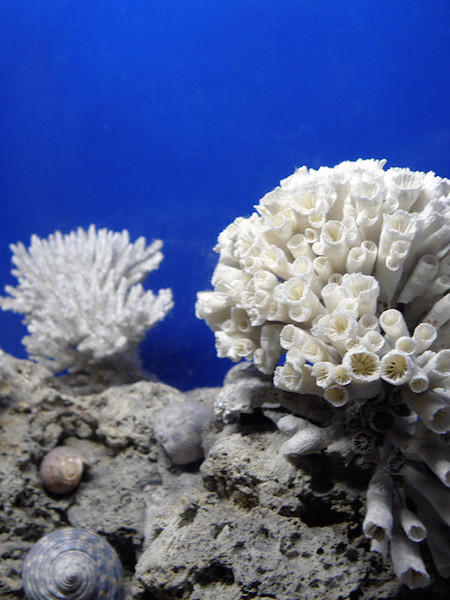 Coral reefs play an extremely important role in maintaining a healthy aquatic ecosystem. If we lose coral reefs, we stand to lose 25 percent of the entire biodiversity of the ocean. Seeing these mass bleaching epidemics has sounded the alarm for marine conservationists across the world. The disappearance of coral could trigger rapid extinction events, which poses a threat to the stability of our oceans and in turn, our global ecosystem.

Thankfully, a recent study found that some coral can bounce back from these “near death” experiences.

Since 1994, a team of scientists has been monitoring 21 different coral reefs in the Seychelles, taking many different measurements including the number of plant-eating fish in the area and the amount of nutrients that reached these reefs. Following the coral bleaching event in 1998, the scientists found that 12 or their 21 reefs were able to recover!

There are stipulations to this recovery, though. The other nine reefs ended up turning into seaweed covered wastelands and did not show signs of resilience. Comparing the differences in conditions between the reefs that were able to recover and those that did not, scientists were able to deduce what factors contributed to the resurgence of this important marine system. Looking at water depth, shape and size of coral and nutrient levels, they deduced that coral that grew in at least 6.6 meters of water and had a complex branching shape was more likely to make a comeback. 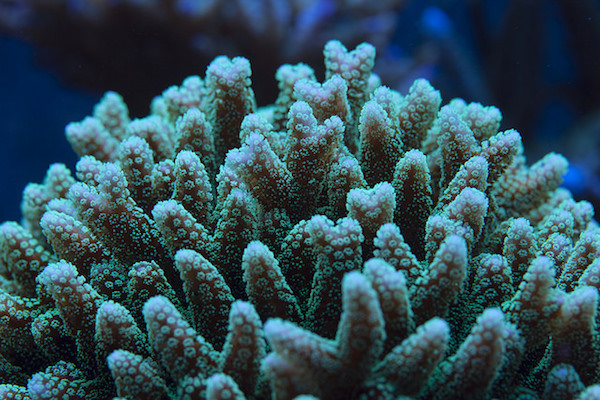 It is believed that as water gets deeper, it tends to stay cooler; therefore, the effect of climate change will take longer to reach these deeper-set reefs. Deeper water also protects reefs from pollution. Complex branching shapes and a large size help the reef fight against the ocean acidification, caused by our high carbon dioxide emissions. Smaller coral growths will literally dissolve away in waters that are more acidic, meaning that new growth is more difficult. This can be seen in Australia’s Great Barrier Reef where corals are now growing half as fast as they were in 1970 due to ocean acidification.

With this information and new understanding of what factors allow coral to resurge, scientists who conducted the study were able to predict which reefs would recover with an astonishing 98 percent accuracy.

While we now understand that corals can, in fact, recover from mass bleaching events, we are also tasked with the responsibility of cleaning up the oceans so we can give corals a better chance of doing so.

Although corals can adapt to warmer waters and resist some acidity, climate change, overfishing and other threats continue to destroy these ecosystems and they will only be compounded with time. 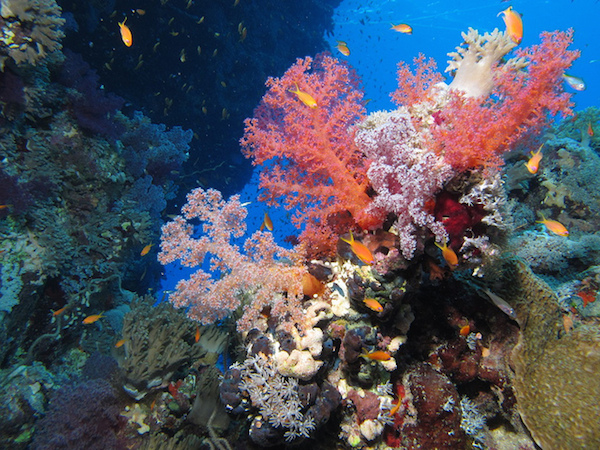 Because reefs that can escape pollution and warm water survive best, we know exactly what measures we must take to slow their destruction. Scientists warn that if we want to see coral survive through our current Anthropocene era, we are going to have to curb carbon emissions, and soon.

“Reducing local impacts as much as possible will give them the best chance of survival,” says Nicholas Graham, a coral researcher at James Cook University and author of this new study. “Managing the impacts to reefs is really about understanding and managing human actions.”

The answer to saving coral is as simple as reducing our impact on the ocean. A great way to cut your personal carbon emissions is to remove meat from your diet. The United Nations Food and Agriculture Organization (FAO) estimates that livestock production is responsible for 14.5 percent of global greenhouse gas emissions, while other organizations like the Worldwatch Institute have estimated it could be as much as 51 percent, and puts a large burden on our oceans. In fact, you can half your carbon footprint by leaving meat off your plate. Not too shabby!

Reckless fishing techniques such as bottom trawling, that involves dragging a heavy net across the ocean floor, can dislodge coral and upset local fish populations. Overfishing also poses a threat to the health of our oceans in general, eliminating fish and seafood from your diet will also contribute to ensuring your consumption habits aren’t fueling coral destruction.

Coral reefs are working their hardest to recover, now it’s just up to us to allow them to do so!