10 Endangered Fruits in the U.S. 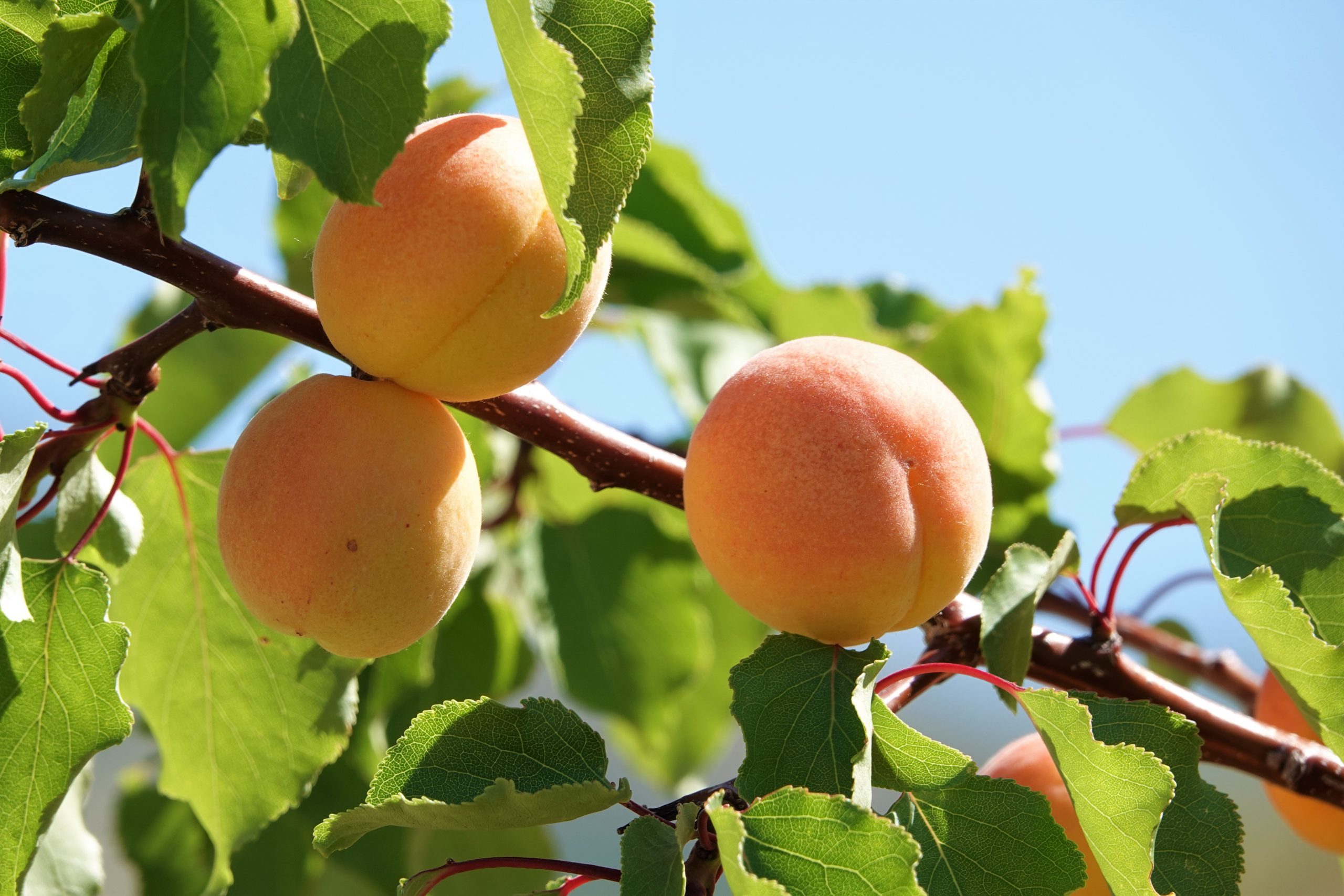 When most think of fruit, they envision those commonly available at grocery stores, like blueberries, strawberries, and oranges. But, there’s an entirely diverse produce world that spans beyond what is available in mass markets.

Unfortunately, countless fruits have been forgotten because they’re not favored in the commercial fruit industry or are suffering from severe environmental problems, such as a lack of natural habitat. Many of them are already extinct or are on their way toward it.

Below you’ll discover 10 heirloom fruits in the U.S. and their unique qualities.

Blenheim apricots were once the primary apricot variety in California. In fact, many of its bustling city centers, such as Silicon Valley, were once packed with Blenheim orchards.

These apricots are often described as having an unusual honeysuckle taste and smell. They can easily be identified thanks to their yellowish skin that’s gently stained with orange.

Many are unaware of this variety because cheaper and faster-growing types are running the industry. However, some have taken notice of its decline and are trying to revive it throughout the region. This won’t only prevent this heirloom fruit from going extinct, but will actually help the local environment by allowing the trees to naturally filter the air from thick pollutants released by local factories.

Hawaii is known for its vast selection of tropical fruit. While most immediately think of juicy pineapples and papayas, the state also has a few overlooked options, including the Ele Ele banana.

At first glance, it appears similar to commercialized bananas, but there are differences. One is the black stalk it grows on, hence its nickname the “Hawaiian black banana.” Its flesh is also longer and has a creamy taste with soft citrus afternotes.

The fruit played an important part in early Hawaiian culture and its peels were often reused to make Lauhala mats. It was once so revered that bunches were offered to the Hawaiian god Kanaloa – the leader of the oceans.

The banana is slowly waning due to pests that bring serious diseases. Not much is being done to protect this species which is why its numbers are quickly lowering. Besides this, large-scale banana farming has overtaken production because of its rapid fruit availability. But, this often leads to more serious environmental issues, like erosion and the excessive release of agrochemicals. The Ele Ele banana might need time to grow, but this results in an enhanced flavor and prevents unnecessary environmental damage.

Another California specialty, Abbada dates feature a long purplish body that’s soft and sweet. The dates were imported from the Middle East in the 1900s and were a highlight of local festivals. Eventually, they fell out of favor. It wasn’t until 1936 when D.G. Sniff rediscovered them growing wild in Southern California and some offshoots were sold to nearby date gardens. Despite this, the date didn’t regain traction and now only a handful are found in the state.

Studies have shown that dates in general are extremely drought tolerant. Thanks to this, they don’t require much water – something which allows it to thrive in California’s dry weather. Besides this, date trees can reduce industrial pollutants by absorbing them from the air and soil.

This fruit is a relative of tomatoes but much sweeter. Featuring a vibrant yellowish-orange skin, Aunt Molly’s Ground Cherries are popular for their citrus flavor.

They were first introduced to Pennsylvania in 1837 by Polish immigrants and are still found throughout its Dutch community. But, they are difficult to grow which has caused them to be disregarded by seed companies.

Ground cherries have a very low carbon footprint and only require natural sunlight and low amounts of water. They also love compost so you can repurpose food scraps to avoid the need for harmful fertilizers.

Fairfax strawberries were one of the most luscious sorts available in the early 20th-century. Found mainly in New Jersey, they were sought-after because of their incredible succulence and low acidity which made them easy to digest.

As fruit became more commercialized, the Fairfax strawberry was neglected because it performed poorly in monocropping and was much more delicate than new hybrid ones. Because of this, the strawberry is an uncommon find and is usually only cultivated by home gardeners.

Thriving in Louisiana’s humid environment are thousands of satsuma trees. The satsumas are part of the mandarin orange family and are admired for their mellow yet unforgettable taste.

The plant isn’t native to the Bayou State. Instead, it was imported from Japan during the 1800s. During this time, it was extremely coveted and could often be found incorporated into almost every local dish.

While still growing throughout the region, there are signs of potential problems. These include damage by the leaf-footed bug and the notorious citrus canker. The vast amount of citrus trees in the region has led to what is called citrus greening. This occurs when the plants are placed too close together which encourages pests to feast on them.

The yellow-meated watermelon emits a crisp fragrance and its flavor is a stunning combination of apricots and honey. It’s believed to have been first cultivated by the Tohono O’odham – a Native American tribe that lives in what is now Arizona.

While appreciated by those in the Southwest, the watermelon is becoming endangered. This is because it’s not as widely offered as red varieties and tends to have seeds – something which many consumers don’t like. Watermelon monocropping has also led to variations in the rhizosphere’s critical bacteria, something which causes important soil nutrients to disappear.

This mystical Pacific Northwest fruit is highly regarded for its slightly sour rhubarb tang. It first appears to be like a raspberry, but if you look closer, you’ll notice it’s larger, has more of an orange tint, and is spikier.

Salmonberries were widespread throughout the region and were commonly collected by inhabitants, especially Native Americans who would use them for medicinal purposes.

This fruit has also been shown to stop erosion in this rainy region. Because of its thick roots, the salmonberry can quickly absorb water stopping significant erosion.

Because of their particular growing conditions, salmonberries are generally only found in the wild. While not extinct, they risk becoming so if their habitat continues to be destroyed or if the number of pollinators dwindles.

These figs grow wild on Virginia’s Hog Island and thrive in its saltwater environment. This coastal location gives the fruit a distinctive piquancy that starts out as florally and eventually becomes sweet.

Hog Island figs were once a staple in the area and were grown by locals who incorporated them into almost all their meals.

In the 1930s, massive hurricanes caused many residents to flee the island – most of whom cultivated the figs. After they left, the trees were abandoned except for a few who were still cared for.

After decades of being ignored, current Hog Islanders are trying to save the figs from extinction by propagating them and devising ways to protect them from climate change.

Altogether, figs have long been seen as keystone species. They not only provide meals for frugivores but tend to spread swiftly. This feature makes them perfect to help restore areas that are suffering from deforestation.

Juicy peaches are the highlight of summer for many. But, most are only familiar with yellow peaches and are often shocked to learn that there is a great diversity of them, including the lemon cling peach.

Unlike most of its relatives, this South Carolina peach makes its debut in late summer and early fall and gets its name from its lemon-like appearance. As with most fruit trees, these peach trees work as an air filter by absorbing CO2 and releasing fresh oxygen.

The peach was one of the most common in the South in the 17th and 18th centuries. However, when fruit started to become more commercialized, it was dismissed because it was harder to grow and maintain. This caused the lemon cling peach’s numbers to swiftly decline and now it’s considered to be a scarce treasure.

Saving rare fruit isn’t always the prime focus of many, but it should be. These assortments not only have an important place in local cultures but tend to have better flavor. The next time you get a craving for fruit, consider shopping at farmer’s markets where many of these intriguing varieties are sold or attempt growing them yourself to help preserve them for the future.