How to Grow and Use Rhubarb 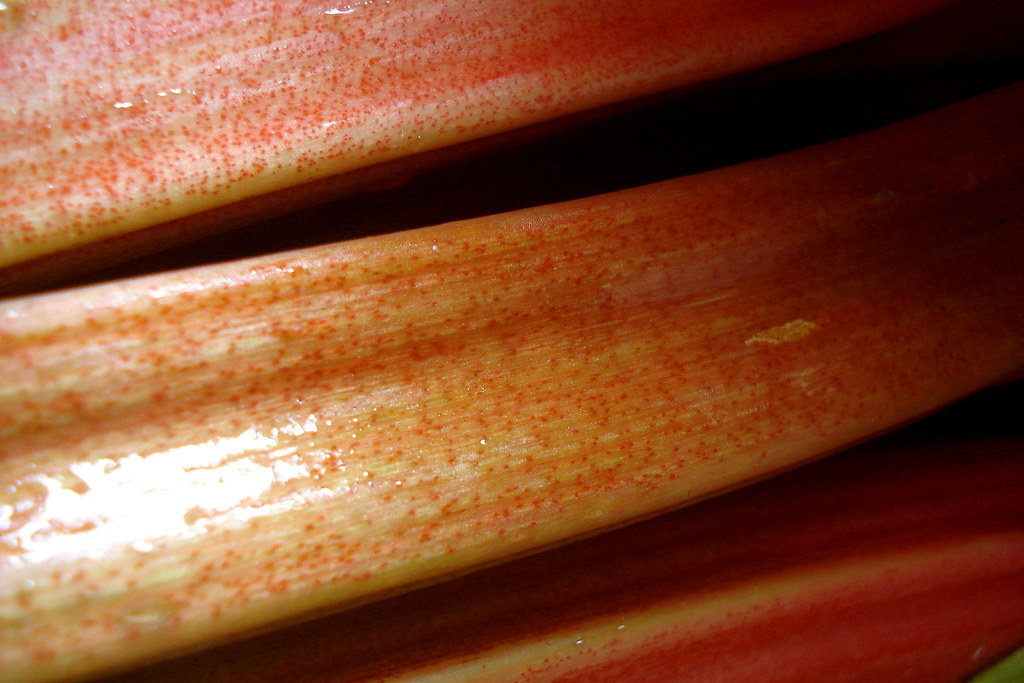 For those who are into having gardens, be them ornamental or edible, rhubarb is a wonderful perennial plant to include. It’s a large, leafy plant that survives for up to two decades. It’s pest-resistant. It will grow in all but the hottest spots—sorry Florida and Louisiana—in the continental US, and once it has established, it provides a consistent and plentiful source of delicious produce.

Unfortunately, a good lot of us have little experience with using rhubarb as an ingredient. We may have heard of, or even tried, strawberry and rhubarb pie or jam, but other than that, it’s a vegetable rarely seen on the menu. But, rhubarb can be used much more adventurously than this. With its tart and tangy taste, it can be a flavorful addition to savory dishes, too.

So, if you’ve got a garden, if you love to eat, now might be the time to learn just why rhubarb could be an exciting new part of your life.

As a plant, rhubarb looks a bit like giant chard. It has multiple celery-like stems that pop up from the ground and massive leaves that easily measure a foot across. The stems often have a vibrant pinkish-red color that morphs into green as it approaches the leaf. (There are varieties with green stems, so select carefully if you’re after the red.)

A single rhubarb plant can easily spread out a couple of feet in all directions. The plants like to be in full sun and appreciate well-draining soil with plenty of organic matter. One of the most important aspects of rhubarb as a plant is that it needs to have a cold period (below 40 degrees) each year to thrive. Beyond that, rhubarb is a fairly undemanding plant.

Though rhubarb can be grown from seed, most people choose to use crowns, small sections of roots with sprouts coming off them. This not only provides a higher rate of success but also allows the stems to be harvested sooner. And, stems are all we harvest with this plant. The leaves, while attractive, actually have so much oxalic acid that they are toxic.

Experts advise not harvesting any rhubarb during its first season in the ground. After that, the stalks can be gathered on a regular basis throughout the growing season, particularly from May through July. Fortuitously, that’s when typical summer crops aren’t yet putting out big harvests, so rhubarb can be a great fresh vegetable when other fresh veggies aren’t at their peak.

When harvesting rhubarb, the stalks should ideally be about 10-12 inches long. It’s important to twist the stalks off as opposed to cutting them. When cut, the small portion of stalk remaining withers away and that’s that. However, twisting the stem off signals the plant to grow a new stalk in that space and that means more food! Just a couple of plants is usually enough for a family to enjoy.

As an ingredient, rhubarb fits largely in a category all its own. Sorrel, also high in oxalic acid, has a similar tanginess, but let’s be honest, most people who haven’t had rhubarb will not have had sorrel either. Anyway, rhubarb looks a lot like a colorful celery stalk, but it has a sour taste that blends well with sugar. That’s why it’s often found in pies and jams.

By all means, rhubarb should be used for sweet treats. The sourness of it plays well against the sugar of desserts, and for those who aren’t keen on sickly sweet, rhubarb can act as a balancing ingredient. Rhubarb often pairs with strawberries because they have a similar season and play off of each other well. Undoubtedly, these two make fantastic crumbles, pies, and jams together. But, don’t forget things like homemade granola, smoothies, and snack bars.

That said, rhubarb shouldn’t be discounted from savory dishes. The stalks can be cut into sticks and pickled to add to salads. Rhubarb can be roasted along with root vegetables to add a sweet, caramelized component to the mix. It’s also an ideal ingredient for condiments like chutneys and glazes.

Rhubarb, the Time Is Now!

With all that in mind, it’s hard not to get on the ball with planting some rhubarb this year. Early spring, a few weeks or more before the last frost date is the best time to do so. Rhubarb crowns are available at plant nurseries or from seed catalogs. Planting it this year will mean next year’s garden, and many after that, will be a lot more exciting.