8 Perennial Plants for Your Veggie Garden That Will Provide Years of Fresh Food! 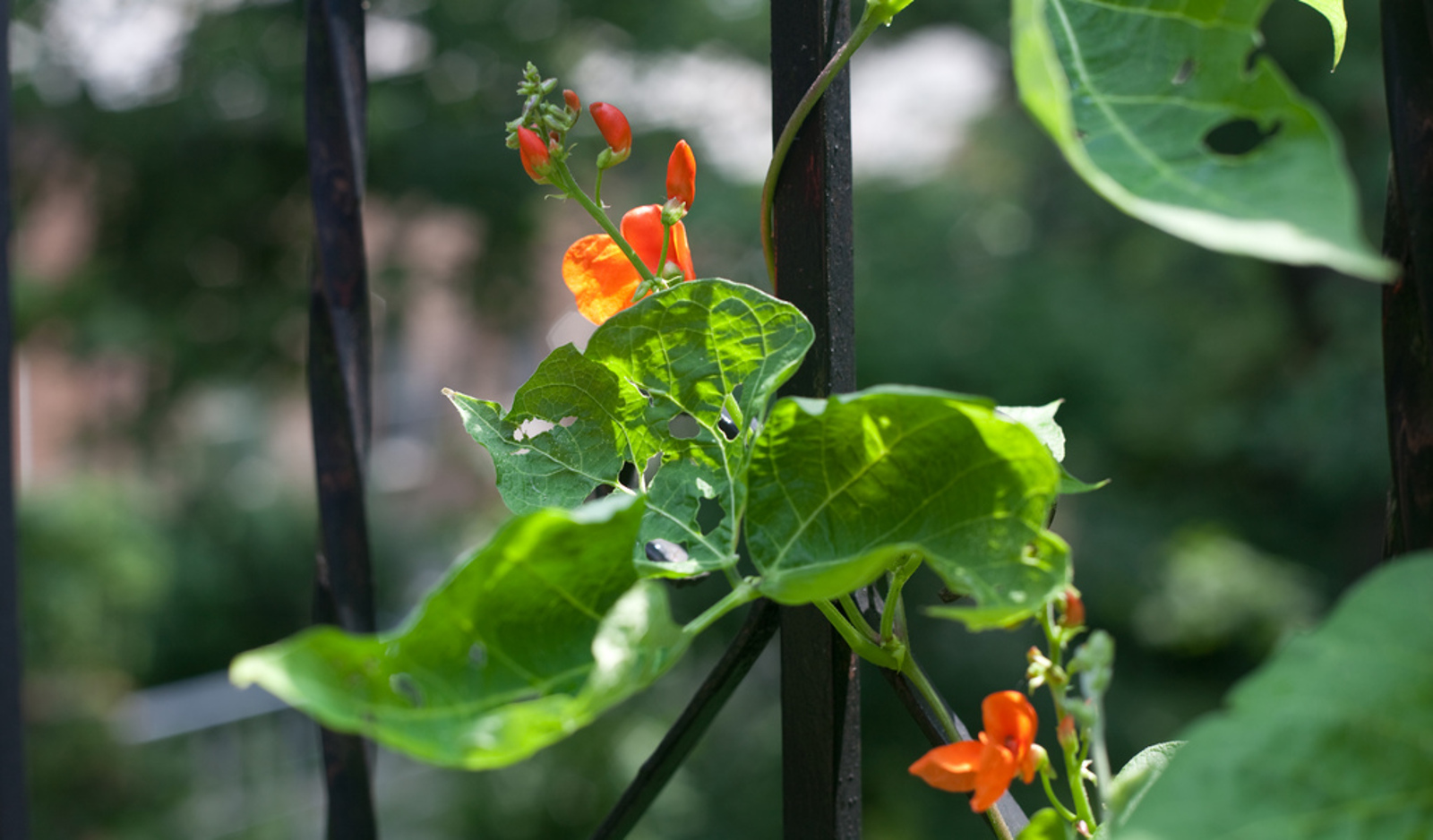 Who doesn’t love fresh vegetables? If you’re the kind of person who is always on the hunt for the crispiest in-season produce, then you might be interested in growing your own! If that is the case, great. Today might be the day for those home-grown menus to get a little more sophisticated and the gardening to get, equally so, a lot simpler. Growing perennial vegetables requires much less energy and resources than cultivating season after season. It is even better for the environment than growing annual plants like tomatoes, cucumbers, and squash.

Here are a few perennial plants perfect for the backyard veggie patch, and they’ll provide years of fresh food for the dinner table. 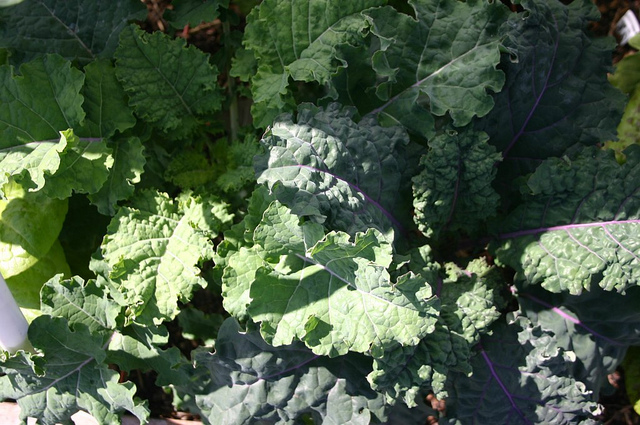 Amongst the most popular vegetables of the day, kale is widely celebrated for its dark, leafy green goodness, and it’s used in everything from smoothies to salads to snacks. Oddly enough, the popular green, despite being a perennial, is usually grown as an annual plant, propagated anew after each harvest, but this needn’t be the case. Simply harvest the leaves as they are needed, and the plant will continue to produce them for some time.

Most noted as a fine filling for pies, rhubarb is a vegetable with the look of a vegetable and the personality of a fruit: tart and sweet. It works well with all sorts of sweet treats: rhubarb crumble, rhubarb custard, and rhubarb jam. In the garden, it’s a great, leafy plant (Note: The leaves are not edible! Only the stems.) that will provide regular harvests to enjoy year after year. And, for once, this is a plant that appreciates a good freeze. 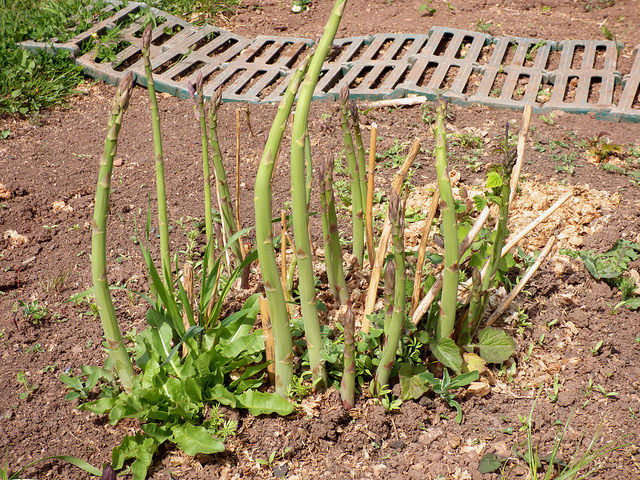 Asparagus holds one of the more esteemed positions in the vegetable world. It is quite often considered a delicacy of sorts, revered as a top choice for refined palettes. Perhaps this is because getting to the first asparagus harvest can take two or three years, by which time anything would taste good. Nevertheless, once the asparagus patch puts out a crop, it will do so for up to a couple of decades to come.

Not always the most popular choice for passionate kissers, garlic is beloved for its prowess as a powerfully medicinal food. Good for the heart and joint pains, garlic is also a great companion for the garden. Not only does it act as an effective pest deterrent for tomato plants and fruit trees, but it also — again, despite being more commonly grown as an annual — will grow as a perennial, in patches that produce well year after year without replanting.

More immediately identified as those purple strips of cabbage leaves found sparingly in salads, radicchio doesn’t get its full due as a tasty addition to meals. It can be a bit bitter when raw, which is why it’s often only seen in small doses. However, radicchio can be cooked as well, giving it a milder taste. Whichever way the eater prefers, growers can celebrate the fact that, even after harvesting a full head of radicchio, if the roots are left, it will produce another head next season.

Much more potato-like in structure than artichoke, the Jerusalem artichoke, or sunchoke, has garnered regular press of late because they are delicious. While not related to the artichoke, it does have a similar flavor, only with a tuber texture (when cooked). But, it matters not. They are delicious, and in the garden, they are prone to producing again and again, so prolifically that many consider them a pest plant, which saves the gardener the time and trouble of nursing along with little seedlings each time they want to grow some sunchokes. 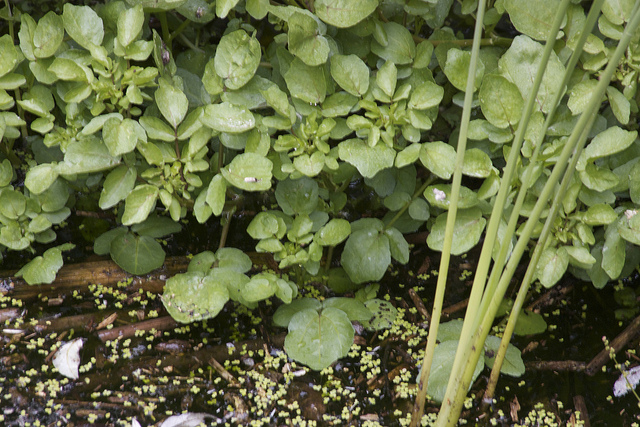 Often foraged as a wild plant along moving steams, the very vitamin-rich watercress can be cultivated at home, even indoors. It’s a delicious green with a popping peppery flavor akin to mustard greens. The plants do work best in water that constantly cycles, such as a fountain or fish pond. However, for those willing to put in a little effort, watercress can be grown in pots as long as the water is changed every couple of days. As long as that happens, the greens can be enjoyed for a long time.

A leguminous plant is always a good addition to the garden. They are highly productive and often nitrogen-fixing, adding nutrients back to the soil as opposed to depleting it. Scarlet runner beans are a perennial, vining legume that can be eaten young as green beans or left to develop for dried beans. Despite being edible in more ways than one, they are unfortunately more often grown strictly as decorative plants, noted for their red and white flowers. They can grow for many years, extending up to 10 meters in a single season.

Perennial plants are a great addition to gardens because they keep the soil and gardener active without requiring too much maintenance.