9 Common Garden Pests and How to Deal with Them Humanely 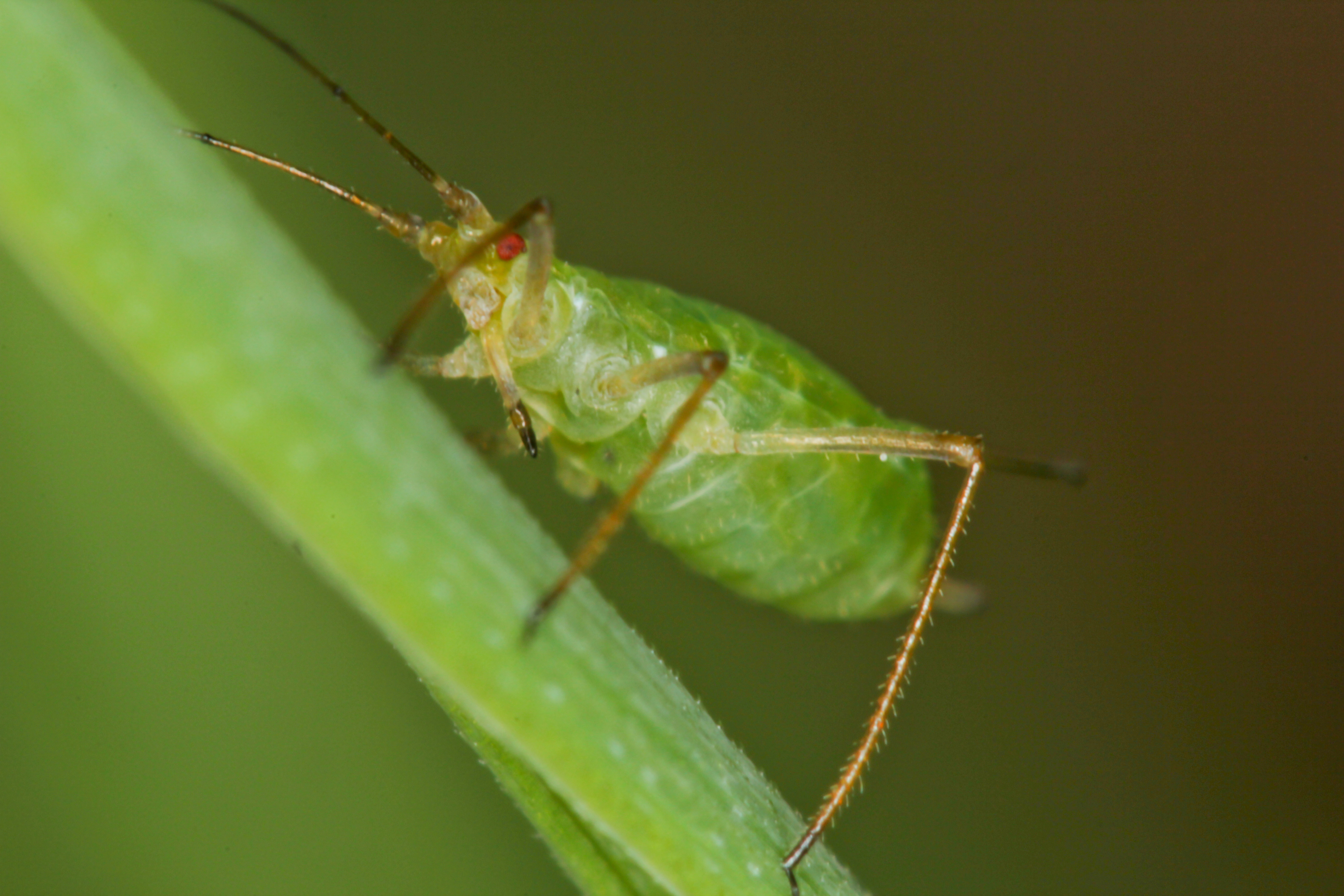 It’s almost time to start gardening again, a wonderful way to spend Spring, but every year it seems some veggies go the way of pests. A few crops lost here or there is no problem. In fact, it’s probably a good thing because we need pests around to feed our predatory insects, which then control the pest population. But, sometimes the pickings get a little out of hand, and our gardens have a full infestation underway. That’s an issue we must address.

For many of us, those who try to avoid killing any living creature, pest or not, this can be a real challenge. Nobody likes to give up their favorite meal, and essentially, that’s what we are asking pests to do. They are just going about their happy little lives gorging on our gourds, no idea what panic and turmoil it might be causing the poor gardener.

Well, some of our gardening cohorts would say these ideas are crazy (while they apply poison to their food no less), but there are ways to humanely approach ridding ourselves of common garden pests, particularly the creepy, crawly type. 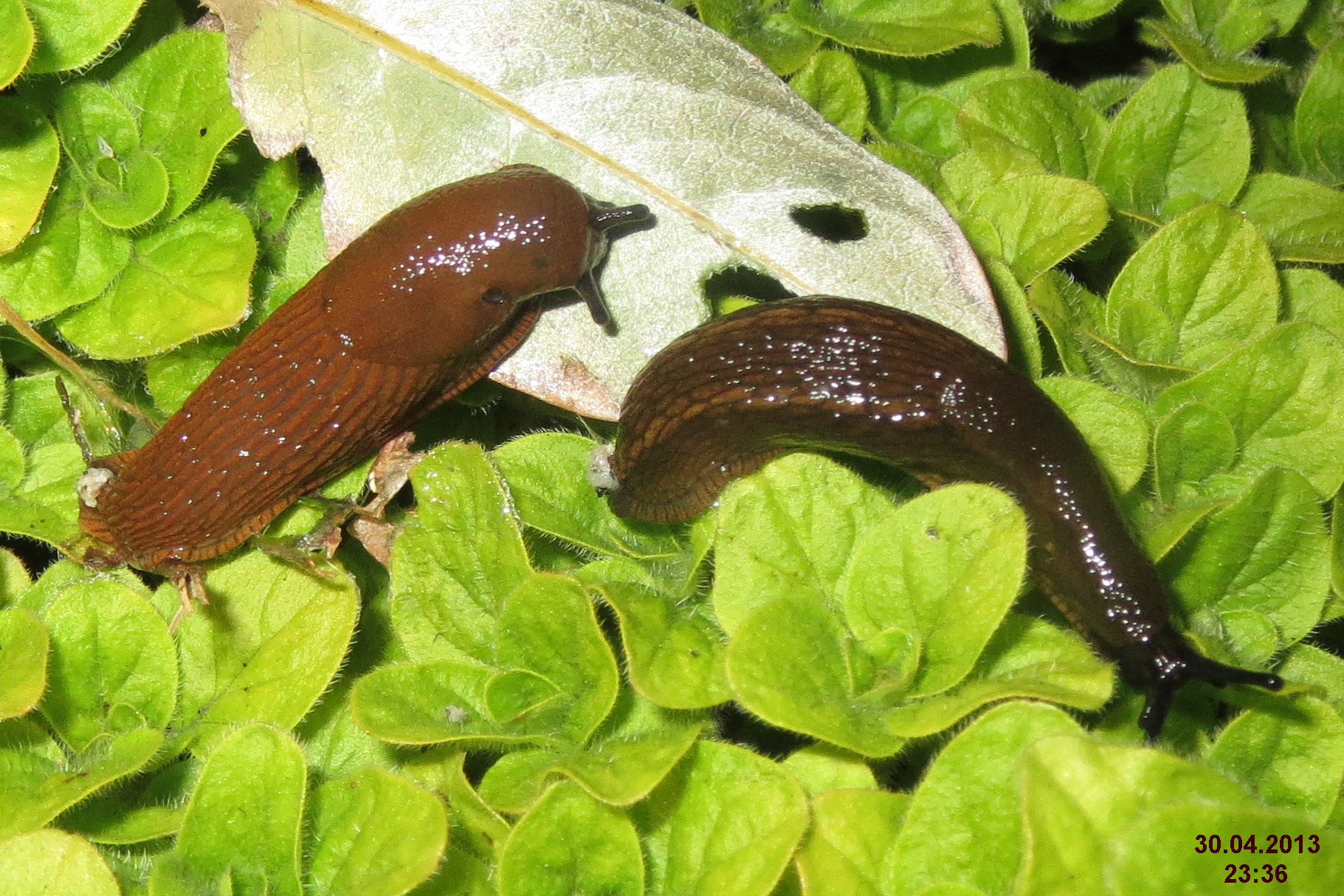 Slugs will devour cruciferous vegetables, as well as corn, lettuce, beans, and strawberries. They can make short work of it all. Even when not present (they are nighttime feeders), they leave a slime trail as clue to who’s been doing the damage, so we should be able to recognize the signs.

There are several ways to both prevent slugs from reaching the garden, as well as remove them from gardens. Creating barriers with coarse material helps keep them out, as do plant borders of mint, garlic, and chives. Including habitats for predatory animals will invite some balance to the garden. Watering in the morning and not at night will help because slugs like moisture.

Little green lumps with spindly antennae and a weird pair of tubes popping out of their backsides, aphids are a familiar and common garden pest. They are sap-suckers, congregating on leaves until nothing is left but a moldy mess. They secrete honeydew as they feed, and that encourages mold growth on the plant.

There are many ways to deal with aphids. Predatory insects — ladybugs, aphid midges, and lacewings are choice allies here — will eat them by the thousands. Strong bursts of water will often knock them off of leaves, or it’s good to clip infested leaves and get those far away. Garlic-chili spray will deter them, as will cooking oil and soap sprays, which make the leaves less tasty. 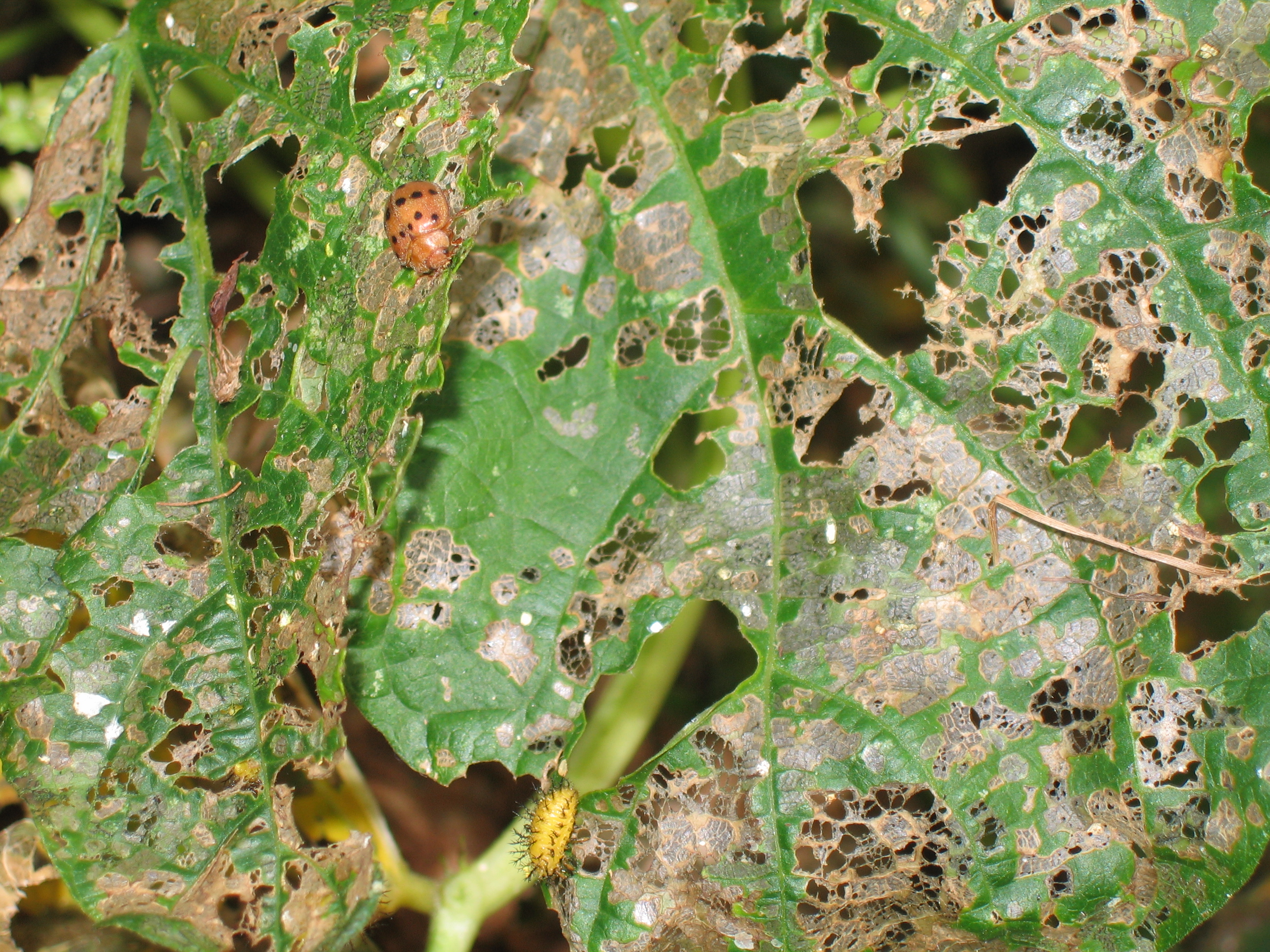 Some beetles, like ground beetles and ladybugs, are our friends, but others are sources of trouble. Japanese beetles are voracious and indiscriminate feeders, and they are prolific breeders. Mexican bean beetles look like ladybugs but aren’t red, and unsurprisingly, they enjoy bean plants. Flea beetles hop around and eat up all sorts of plants. Colorado potato beetles actually will happily eat anything from the nightshade family.

To control beetles, row covers are a great first line of defense. A healthy population of predatory insects helps as well, and companion planting with garlic is another good step. Beneficial nematodes in the soil will help to prevent larvae (the infamous beetle grubs) from establishing. Hand picking them off plants is another, albeit, shaky solution.

Creating cardboard collars around the base of plants is one of the most common and effective prevention methods. This can be done with a small square of cardboard (about 4-6 inches) or a toilet paper tube. Like slugs, a border of coffee or other gritty material is also a deterrent. Attracting birds—robins, warblers, wrens and thrushes—to the garden will help as well. 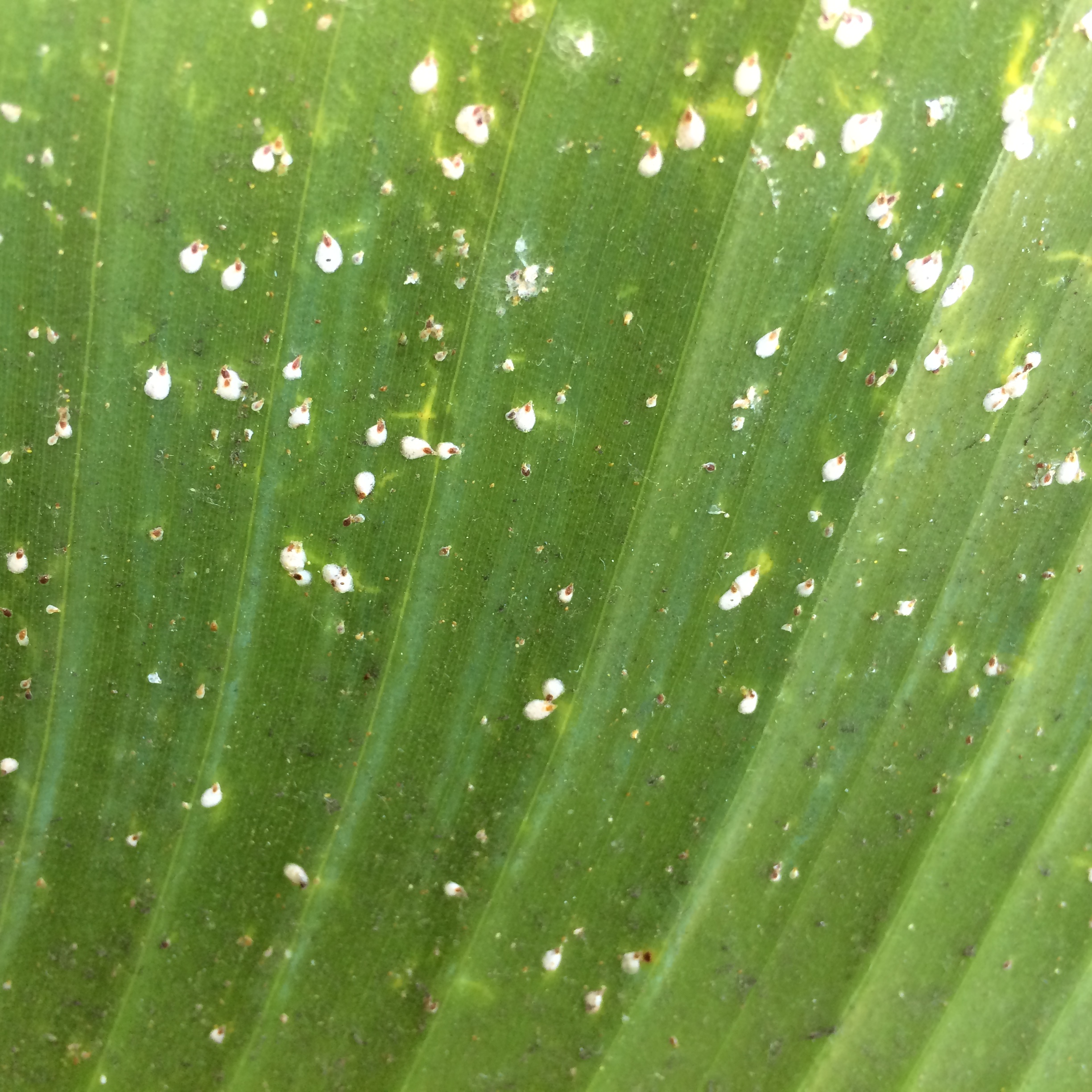 Like aphids, scales get off on sucking the sap from leaves. Meanwhile, they leave behind a residue of honeydew that encourages further problems with disease. There are over 1000 species in North America alone, and they are sometimes so unnoticeable that an infestation occurs before they are detected.

Pruning off infested branches and/or leaves is a good idea, and be sure to get them far away. Again, ladybugs and lacewings will provide a natural counter-balance. The same three sprays (as with aphids) would also be helpful.

Getting Along with Pests and Predators

We need some semblance of pests. They provide the yin to the predatory yang. Without some pests to keep insect predators and birds around, we would lose the beneficial animals, and then our gardens would be more susceptible to infestation. The trick is to keep those pests mostly off of our beloved food and concentrated on eating elsewhere. Hopefully, with these few humane tricks, we can begin to find an agreeable balance.