8 Insects That Are Beneficial in the Garden 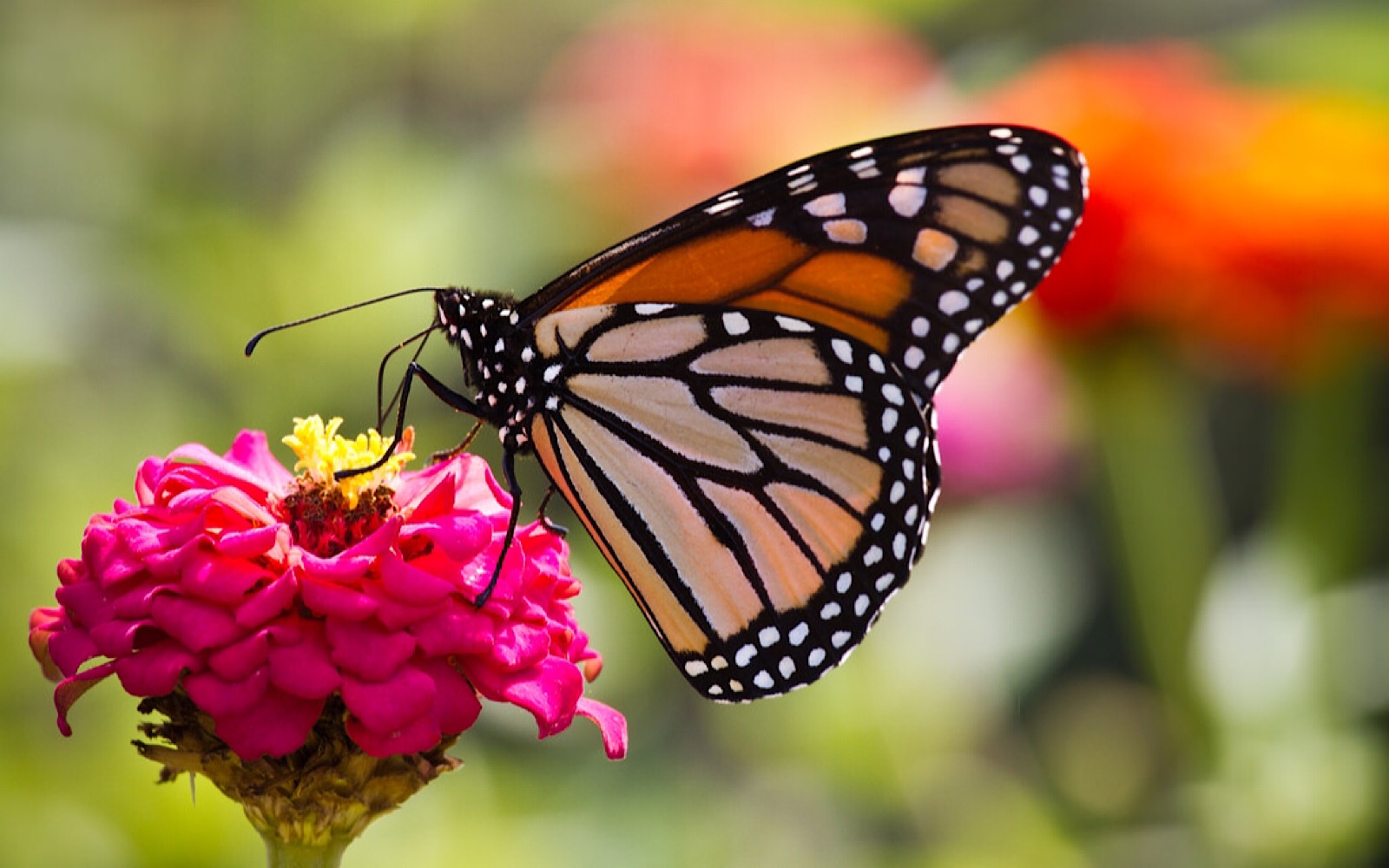 For some reason, when insects and gardens come to mind, most people tend to envision hornworms gobbling up tomato plants or aphids munching down lettuce. However, the reality is that gardens, vegetable or otherwise, are extremely benefited by insects and a host of related creepy crawlers. Our goal as gardeners is to attract the right kind of insects and control the destructive ones.

The fact of the matter is that predatory insects play a huge role in controlling pests, and because it is a naturally-balanced system, not a bug-free one, that we are after, it’s important that we foster our relationship with insects in the garden. Since we want to eat those squashes and carrots, we are probably better off attracting carnivores rather than vegetarians.

The other important thing to remember is that, with all those flowering fruits and vegetables, we are going to need a fleet of pollinators to get to the result we are after: food. There are lots of insects that specialize in pollinating plants, so those should also be invited to this season’s garden party.

Once we get the right insects involved, the garden becomes much more self-regulating, and the pests that we tend to envision occupy a much smaller niche in our little eco-system. 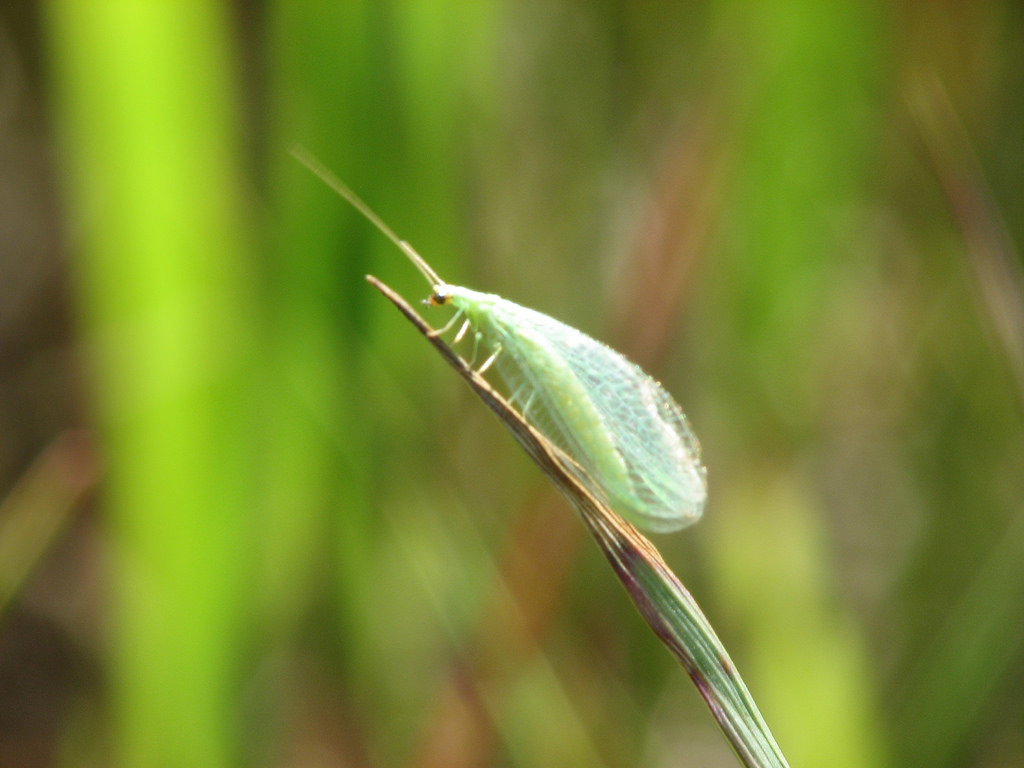 In addition to feeding on pollen and nectar, thus helping us with pollination, green lacewings have predatory larvae that are crazy hungry. Their meal of choice is aphids, and that means they help to control that population. For us, that equates to more of our crops making it to our stomach rather than to insects. 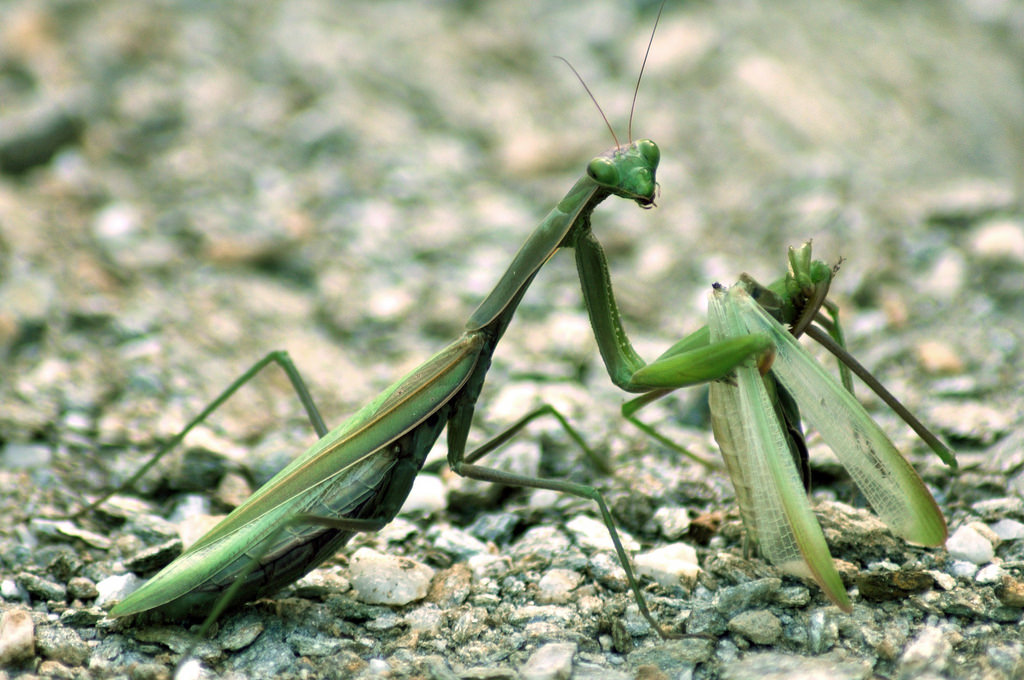 Despite being rather creepy, with robotic head turns and the reputation for spitting, praying mantis are really a very welcome sight in the garden. They are indiscriminate predators that camouflage well in the plants and can handle bigger insects. The downside to the mantis is that it is as likely to eat a beneficial insect as it is a pest. 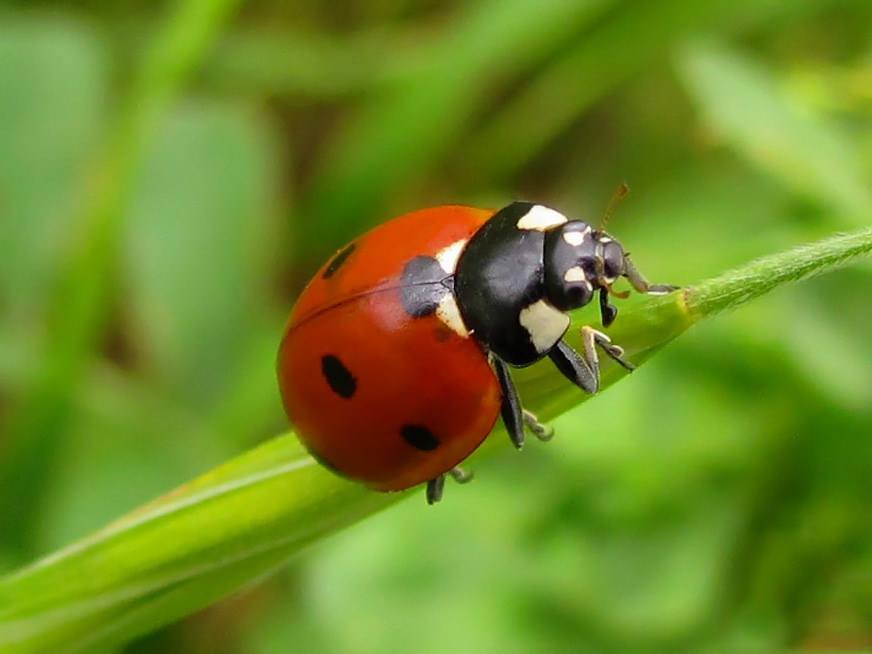 Ladybugs aren’t generally thought of in terms of badass, but they aren’t just pretty polka dots and greeting card fodder. Ladybugs have alligator-like larvae that eat their weight in aphids, and the adult ladybugs devour pests as if visiting an all-you-can-eat buffet. Ladybugs are actually beetles, and they are also actually quite vicious. 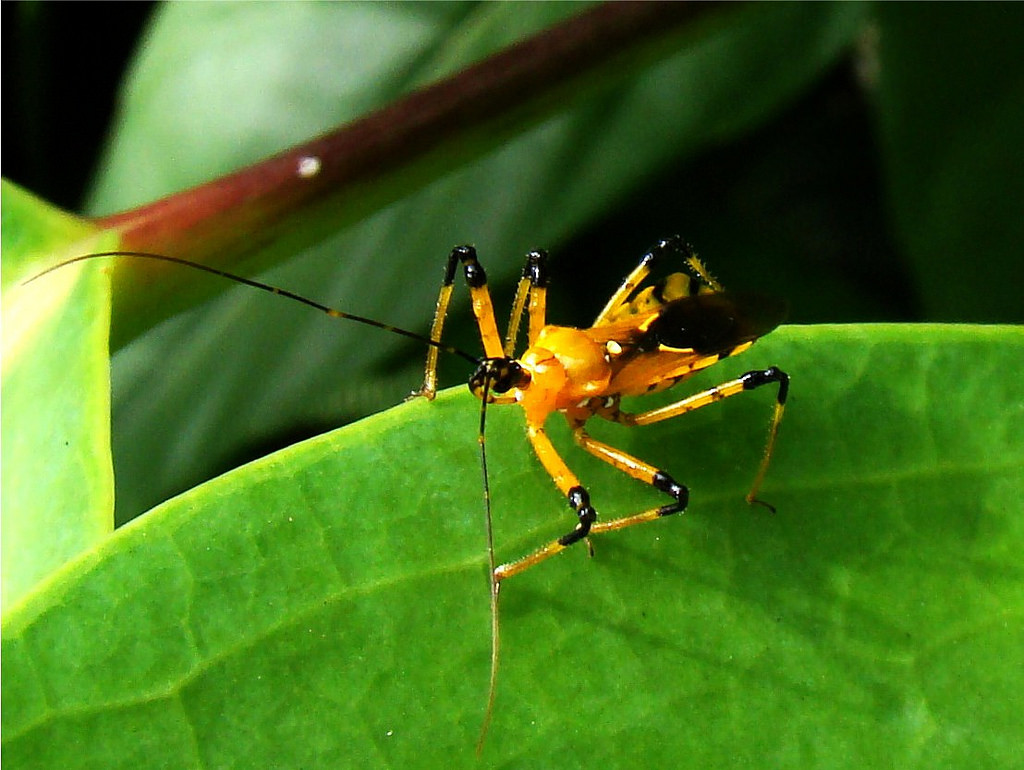 “Lace”wings, “praying” mantis, “lady”bugs…so far our insects have sounded as if they are dainty, but the assassin bug’s name leaves no doubt about the business at hand. Unlike ladybugs, assassin bugs are “true bugs”, which can be noted by the specialized proboscis at its mouth, a part that is used for sucking fluid. Most bugs suck fluids from plants, but assassin bugs suck fluid from other bugs. 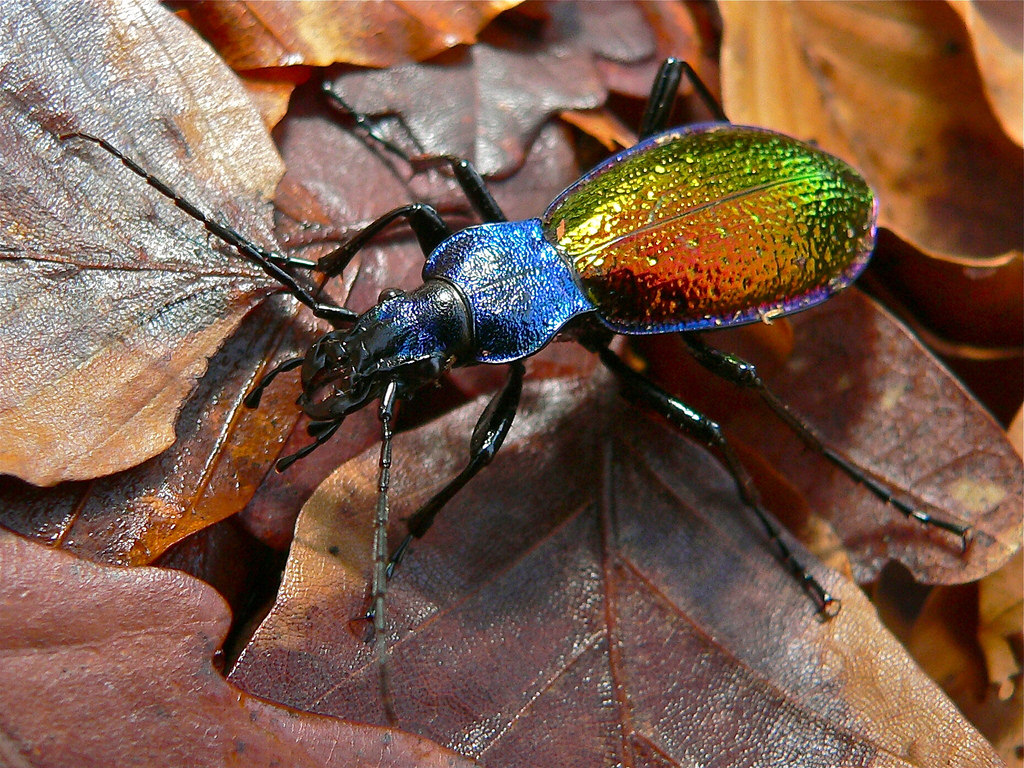 Ladybugs were the first beetles on this list, handling leafy pests, but ground beetles are great because they work the soil rather than the plant itself. Though they mostly stay out of sight, these guys have sassy metallic shimmer all over them, and they are outstanding for handling pests on the ground. Slugs, cutworms, and root maggots best beware. 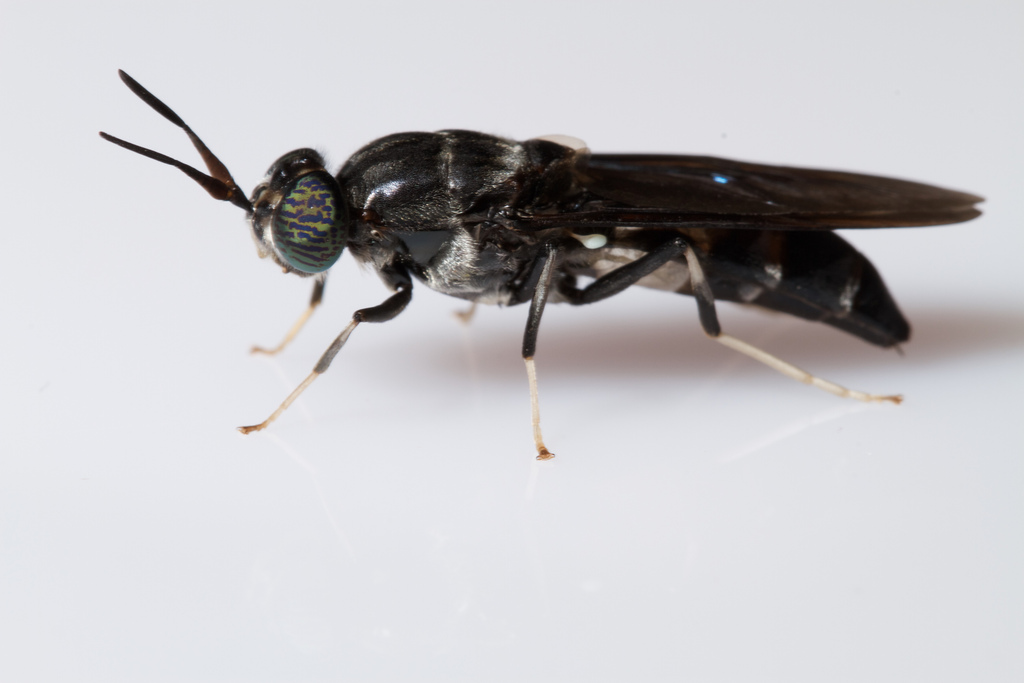 Many people use worms to help process their kitchen scraps into rich compost material, but black soldier flies are just as fantastic in this regard. Black solider flies, despite their namesake, aren’t that into flying and look more like wasps than flies. They actually prefer to hang around compost bins, and their larvae could win any eating contest if size were factored in. Even better, while the black solider flies are making compost, they are also deterring more problematic types of flies. 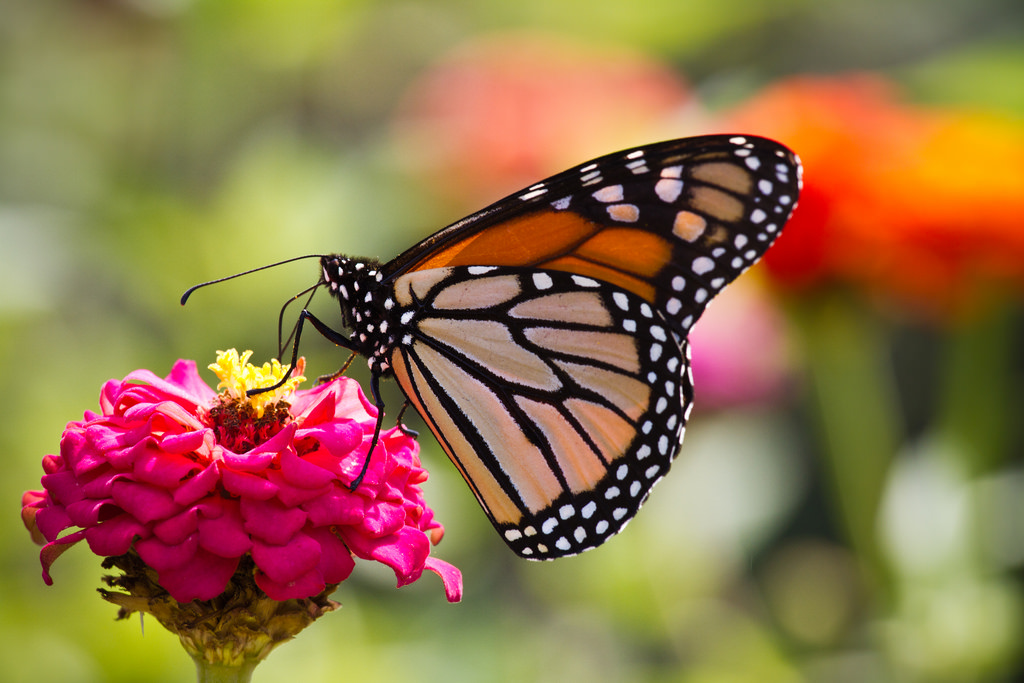 Not to be shallow, but butterflies are so beautiful that most of us would have them in our gardens even if they weren’t helpful. Luckily, they are. Aside from flittering around the garden with lovely flashes of color, butterflies are effective pollinators, especially focusing on the plants with large flowers. Caterpillars eat specific plants, so specific butterflies can be invited to the garden by supplying the right food for them. 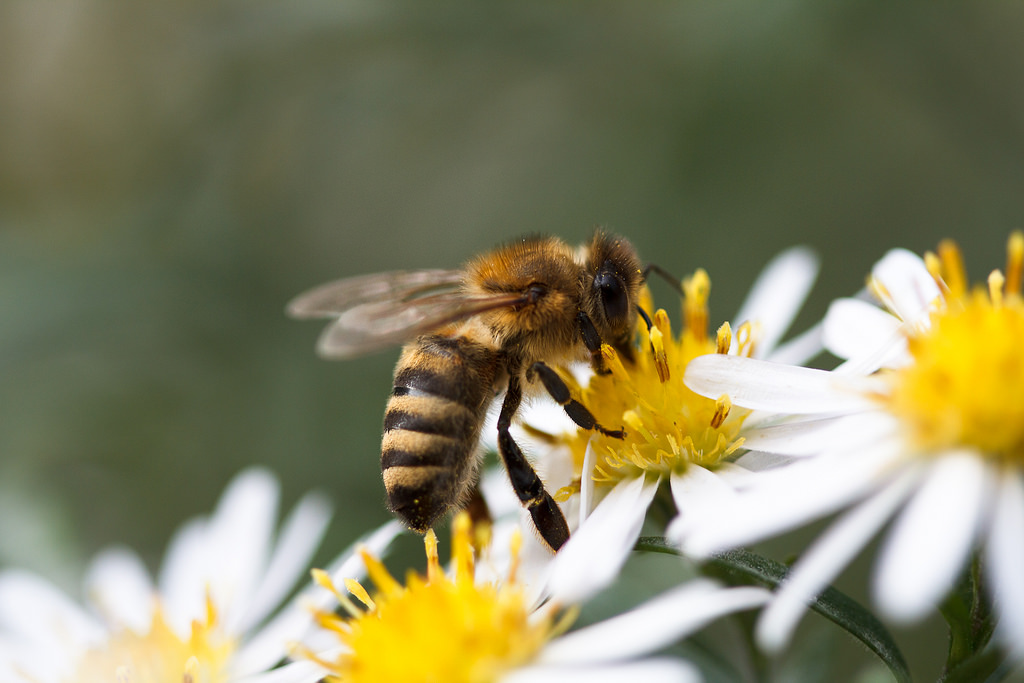 We can’t really get into beneficial insect talk without landing resoundingly on bees. Be them honey, bumble, or carpenters, all bees — over 20,000 species worldwide — are respected for their pollinating prowess. They dance from flower to flower collecting pollen and, more importantly, help to fill the world and our gardens with fresh produce. Bees are a must-have for any kind of successful garden.

So, knowing that we’ve got lots of good insects out there working on our behalf, it only makes sense to encourage them to hang out. This can be done by providing good habitat for them with things like beehives, insect hotels, and thick mulch. We can also plant a diverse abundance of fruit, vegetables, wildflowers, and more. Keep the beneficial insects around and they’ll keep the pests under control.