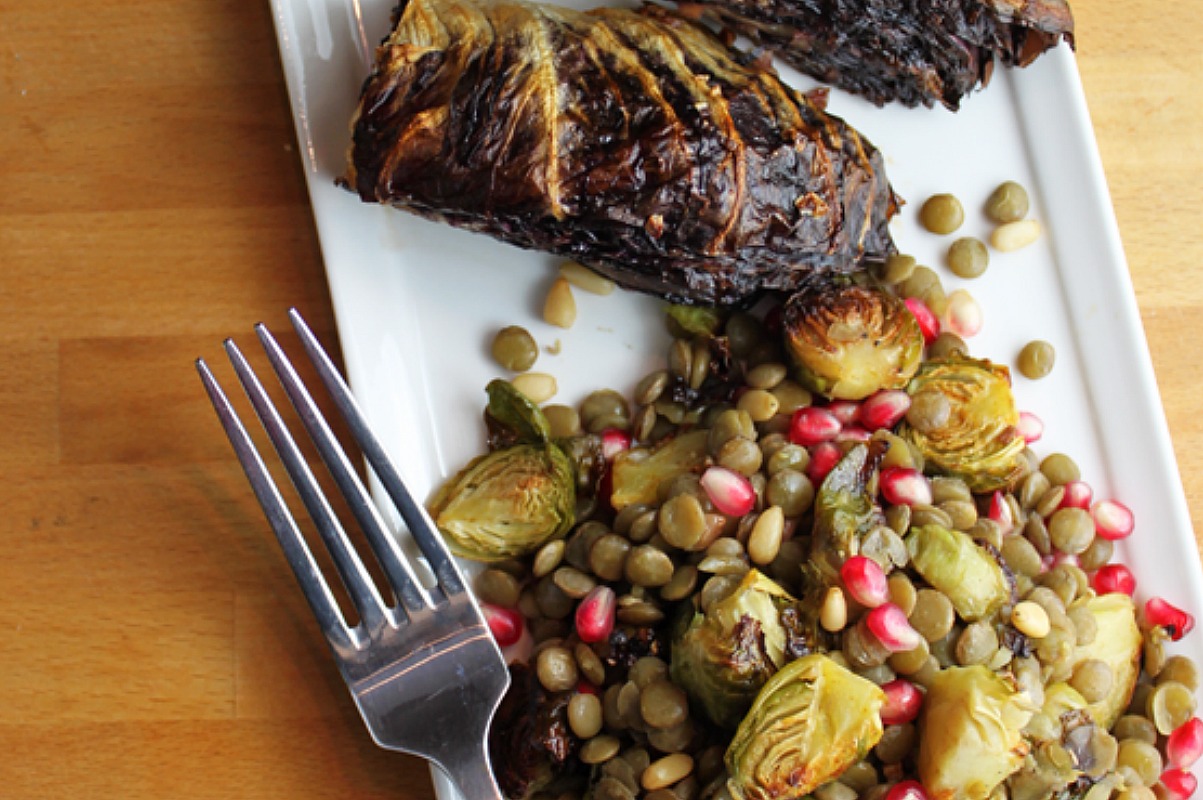 With its slightly astringent bite, radicchio isn’t a vegetable I cooked with frequently. Recently, though, I stumbled across a method for cooking it that promised to transform it into something much more palatable: roasting! Roasting radicchio brings out its sweetness, especially in the tender inner leaves. The outer leaves retain some of their bite, but those inner leaves practically melt in your mouth. I served my roasted radicchio alongside a warm lentil dish that features one of my absolute favorite veggies: Brussels sprouts. I also added pomegranate seeds for a textural contrast and a bite of sweet juiciness that plays well with the strongly flavored sprouts. A sprinkle of pine nuts adds the finishing touch!

For the radicchio: For the Brussels sprouts: For the lentils: For the dressing/salad:

An ethical vegan with a love of good books, good craft projects, and good food, Kelly strives to live a compassionate, cruelty-free life. She blogs at Vegga, where she shares animal-free recipes.