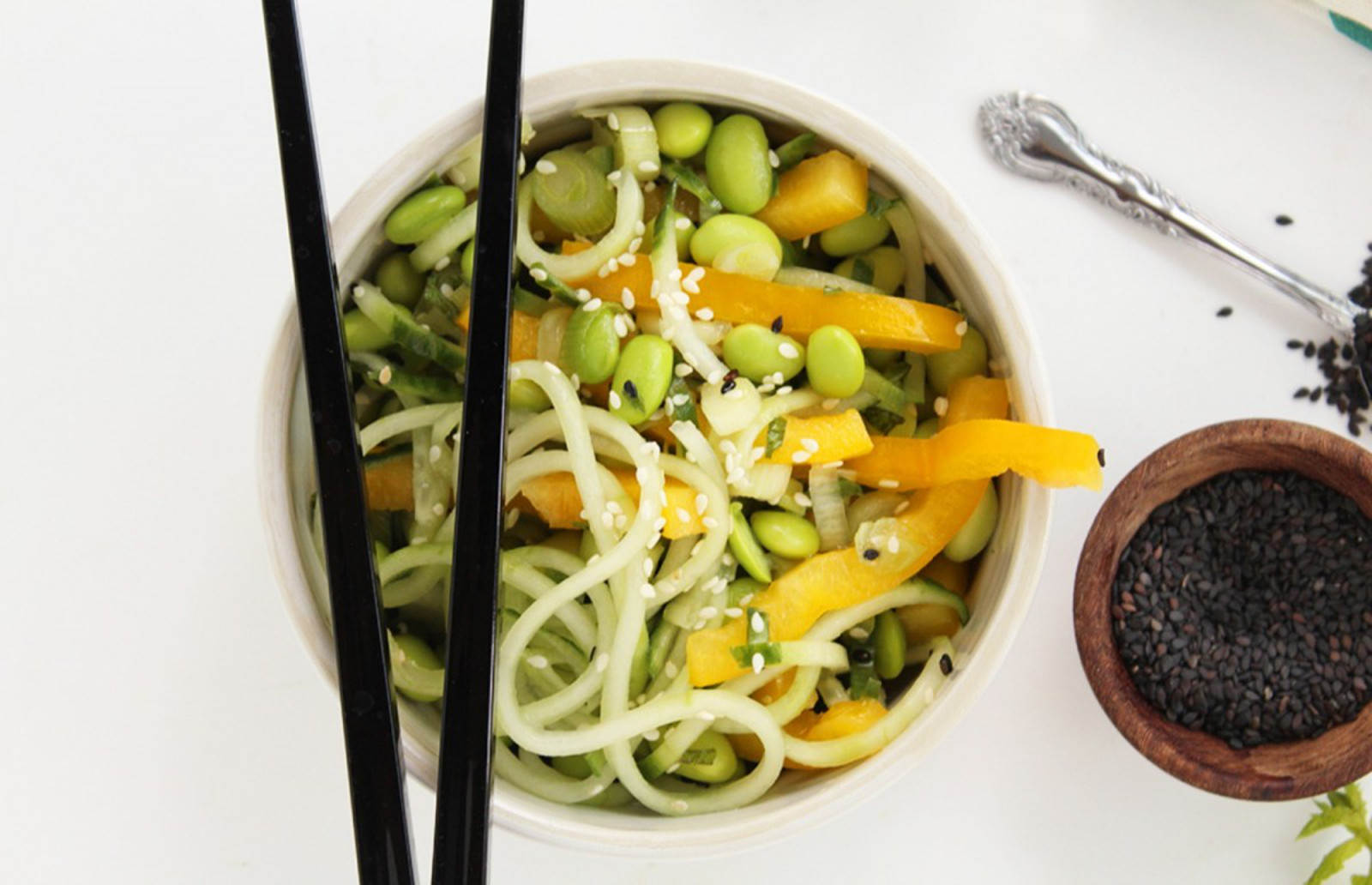 Remember the food pyramid? That was the government’s triangle-shaped guidance for dividing up our diet between food groups like grains, meat, dairy and vegetables.

Well, the federal government scrapped the pyramid several years back and is now in the midst of revising its latest set of guidelines for the American diet.

I’m happy to see that sustainability is, for the first time, part of the conversation for the 2015 Dietary Guidelines but here’s the thing: If we’re going to have healthy people and a healthy planet, we’ve got to reduce the amount of meat and dairy we’re consuming.

Think about this: Even if every industry on the planet except for food production became climate-neutral tomorrow, we’d still blow past global targets for total greenhouse gas emissions by 2050. The culprit isn’t just the world’s growing population, but its growing affinity for the meat-heavy American diet. Meat production is a major source of global greenhouse gas emissions from deforestation, methane released by livestock digestive processes and the energy costs of converting feed crops into steaks and chicken wings.

A new study by University of Cambridge researchers, recently published in Nature Climate Change, is the latest to lay out three inescapable conclusions: 1) We cannot effectively address climate change without addressing our dietary choices; 2) Livestock production is an incredibly inefficient, environmentally destructive way to feed people; and 3) America’s appetite for meat is bad for the planet.

How does the American diet stack up?

It turns out we’re eating about twice as much meat as recommended by the Cambridge scientists to avoid disastrous climate change. And the damage doesn’t stop there: Raising animals for food already takes up one-third of the planet’s land mass, using 70 percent of agricultural land worldwide, and the researchers predict that if current trends continue, cropland will expand by another 42 percent by 2050, causing even more habitat destruction and wildlife extinction just to feed our demand for meat.

The study’s authors recommend reducing meat consumption to two portions of red meat and seven portions of poultry per week. While many have come to believe that a Double Quarter Pounder with Cheese equals one portion, the standard portion size for meat is three ounces. According to the USDA’s figures the average American eats a pound of beef, nearly a pound of pork and more than one-and-a-half pounds of chicken per week. Clearly we have some work to do.

Which Brings Us to the New Dietary Guidelines …

The guidelines do more than inform what fills the old food pyramid or its round replacement, MyPlate – they’re also used to set the meal plans for government institutions, including schools, prisons, military facilities and federal cafeterias. That makes this a very real opportunity to shape diets across the country – and curb their environmental impacts.

Study after study has shown that the only way we can achieve a sustainable food system is by drastically reducing livestock production. Eating organic or local alone won’t get us there as long as meat and dairy consumption stay on their current track.

For the 2015 U.S. Dietary Guidelines, that means replacing more servings of meat and dairy with plant-based foods. You don’t hear as much about dairy in conversations about the environmental footprint of the livestock industry, but dairy cows require feed, water, land and energy (not to mention being responsible for their share of methane gas) just as animals destined directly for your plate do. Although the current guidelines did quietly shrink the recommended daily portion of meat, they replaced it with dairy, which according to University of Michigan researchers, would actually increase diet-related greenhouse gas emissions if everyone in the U.S. followed the gospel of the guidelines.

The Center for Biological Diversity, where I work, has submitted comments to the advisory committee urging them to call for reduced meat and dairy consumption as the critical means to address sustainability in our food system. You can add your voice, too. Sign the Center’s petition to show your support for these recommendations and submit your own comment directly to the committee. They need to hear that Americans care about sustainable eating and want dietary guidelines that are good for the health of people and the planet.

Image source: 75 Percent of Americans are Dehydrated – Eating These Fruits and Veggies Can Change That!