Time to get Real and Ditch That Hamburger, Because Cows Don’t Belong in the Rainforest 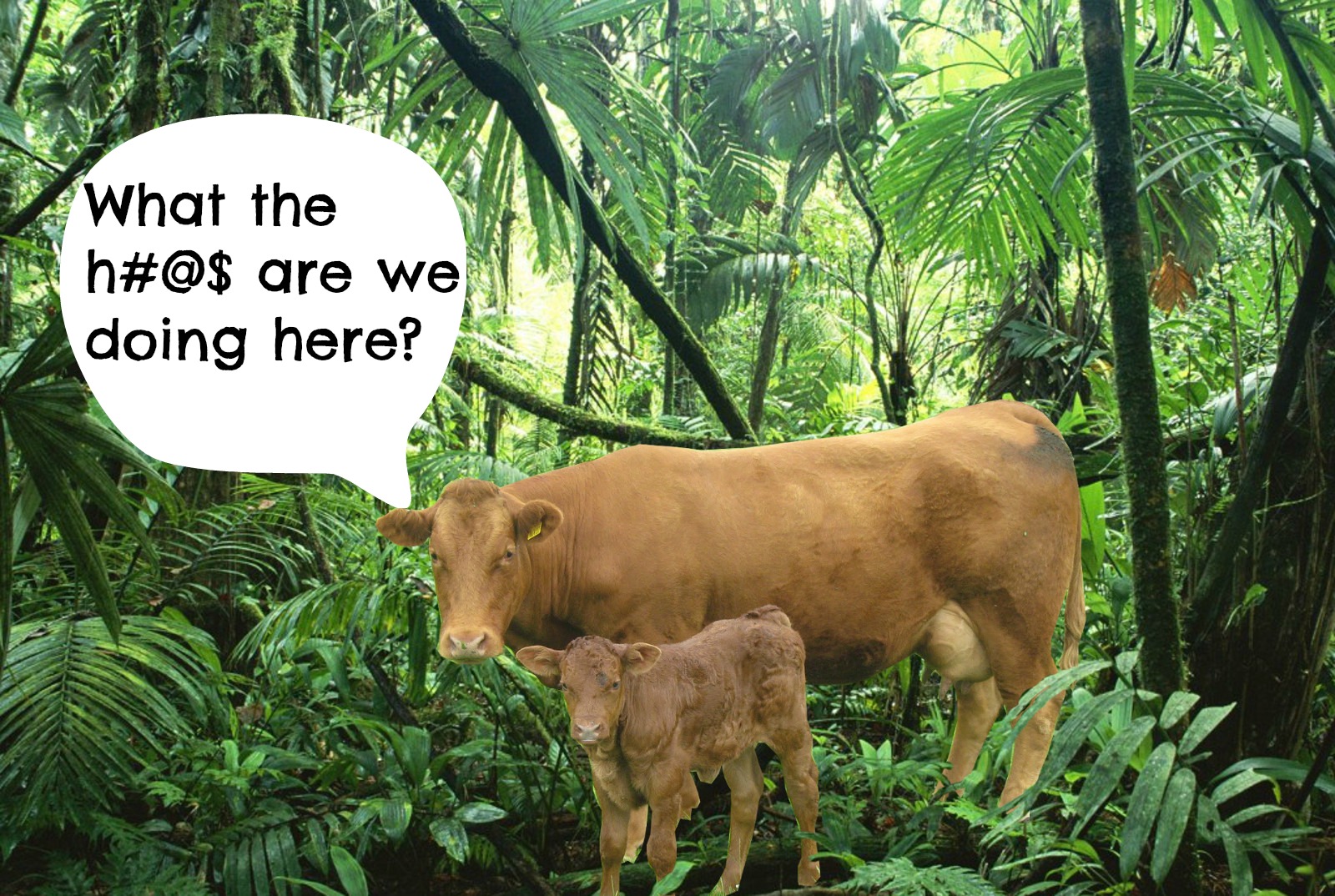 Imagine for a second that the state of Washington suddenly disappeared from the face of the earth. That would be a pretty big chunk of real estate missing, not to mention the fact that all of the incredible things within this state would disappear as well. Now, imagine that the reason behind Washington’s disappearance has to do with corporate interests. That systematically, Washington was wiped off of the planet to make way for the production of a product that harmed both the environment and human health. Were that the case, would be picketing in the streets! There would be an uproar so huge that it would go down in history.

Now consider that this is actually kind of already happening, except instead of Washington state, the Amazon is disappearing. Deforestation to make pasture land for cattle production has led an area of rainforest, the size of Washington, to vanish from the face of the earth. That’s huge! Cattle production clocks in as the cause for a whopping 80 percent of deforested land – which brings a whole host of environmental nightmares, along with all those cows.

So why aren’t people picketing? Why aren’t marches being held, and changes being made? Because, for most of us, the Amazon is a far away place that we don’t really understand We don’t see it, don’t know anyone personally that lives there, and frankly we just don’t see how losing it will impact us. Don’t worry though, helping people make connections to the earth around them is what we live for! If we want to help save our rainforests, we first have to understand what is threatening them. Strangely enough, the main threat to many of the world’s rainforests at this moment has to do with cows and livestock production.

Well, to be fair to the cows, it’s really the people profiting from raising cows for livestock production (with little regard for the animals or the world around them) who are the real culprit. With the global demand for beef driving more and more unsustainable practices, it’s more important than ever to take a look at what’s on our dinner plates before it’s too late. So, without further ado, here are five reasons why cattle have zero business in the rainforest.

1. The world’s rainforests help to absorb the carbon dioxide we continue to pump into the atmosphere. With fewer trees (cut down to make way for cows) and higher carbon emissions, more and more cities could look like this.

Deforestation is a huge source of carbon dioxide emissions. The rainforest acts as a carbon holding tank if you will. By burning a tree or cutting it down and letting it rot, carbon is allowed to escape from the tree’s stores back into the atmosphere. On a global scale, deforestation is responsible for 20 percent of all greenhouse gas emissions. Additionally, trees in the rainforest produce 20 percent of the earth’s oxygen, so cutting them down to make way for cattle land diminishes oxygen producers, while simultaneously spitting more carbon dioxide into the environment. Carbon dioxide (CO2) is a greenhouse gas which contributes to climate change by trapping heat in the atmosphere. Which sounds better, a hamburger or, I don’t know, a big deep breath? 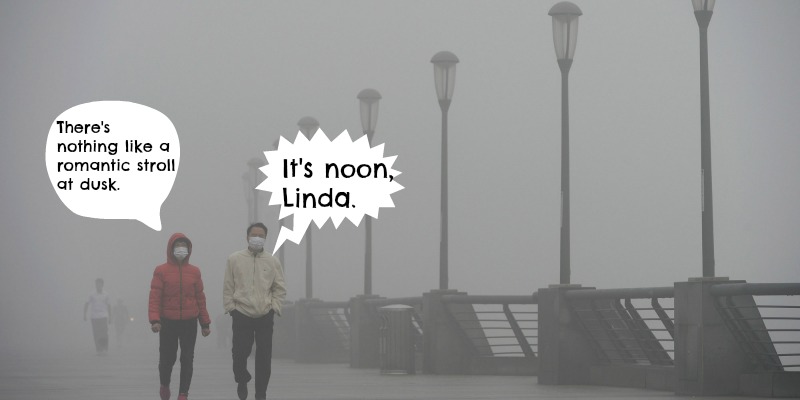 2. Grass-fed cattle, like those in the pastures of the Amazon, are responsible for 40-60 percent more methane gas emissions than conventionally produced cattle.

Yes, we’re talking about farts. Specifically, cow farts. Not rainforest deforestation decrease the supply of trees that scrub the air of harmful CO2, but putting cattle on that cleared land means many more methane filled toots into the air. So, now we’ve got increased carbon emissions from the chopped down trees who release their carbon stores, less trees to scrub greenhouse gas emissions from the air, AND heaping helping of methane gas added to the mix. Yeah, we’re just gonna go with the easy pun here, that stinks.

3. It’s believed that we’ve explored less than 1 percent of the plant life indigenous to the rainforest for their medicinal potential, which means as the rainforest disappears so do potentially life saving medicines.

Worldwide, over 120 commercial pharmaceuticals are derived from plants. An estimated 75 percent of those medicines were discovered after said plants were studied for their use in traditional medicines. With the wealth of potential that rainforest flora possesses, our health and the economic prosperity of indigenous people could be vastly improved by exploring sustainable ways to test and harvest the compounds in these plants. Everything from cancer to headaches have known treatments derived from rainforest plants. Eradicating so much potential to ensure more cows can be turned into burgers is mind-boggling. 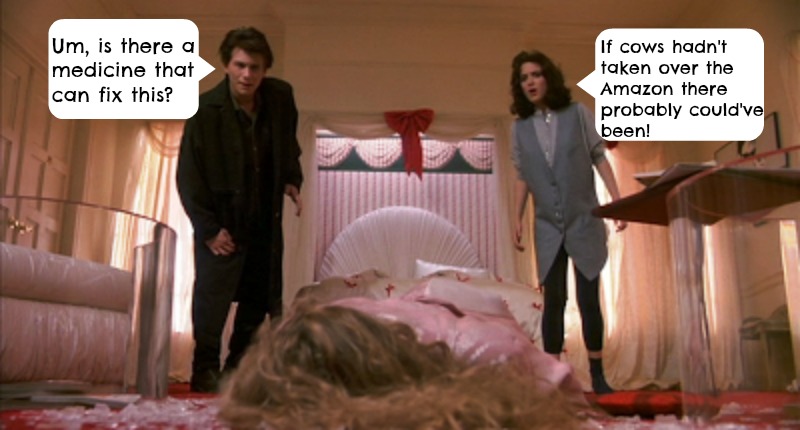 The going rate of extinction in the Amazon has been holding steady at 1 species per year. With growing devastation from deforestation it is estimated that the extinction rate will increase to be 3-4 times that number. Not only are species actively going extinct right now, future extinctions due to increased habitat loss  will be magnified if we don’t replace the habitat that is currently disappearing, taking countless animals and insects with it.

Current projections indicate that by 2050 there could be nine extinctions for each forest block, and future extinctions of 16 or more per block. Each block in the study consists of  31-mile by 31-mile area. Out of the 2.124 million square miles that the Amazon boasts, that translates to hundreds of species lost over the course of most of our lifetimes!

On the flip side, there are roughly 1.5 billion cows in the world, an unnaturally high number due to our mass production of them for meat and dairy. Seems like a pretty lopsided trade off. 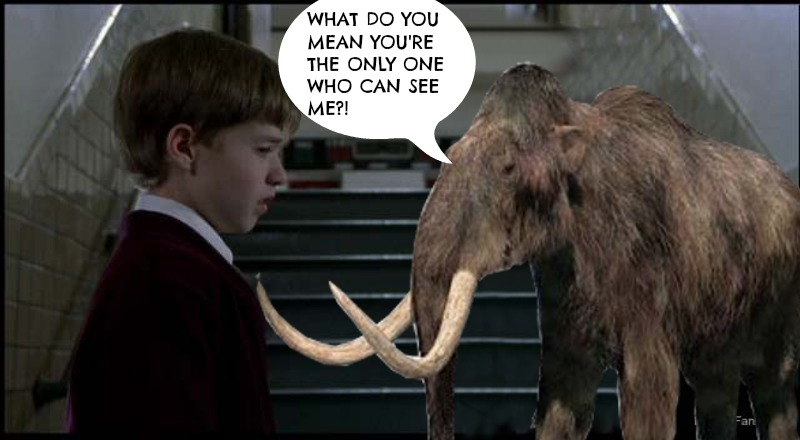 The rainforest adds water to our planet’s ecosystem in two ways. The first way is through a process called transpiration, in which water moisture is released into the atmosphere and weather system. The second way is through trees that drill moisture into the ground through their roots, replacing water into the underground aquifers and replenishing ground water stores.

Each acre of canopy trees is capable of transpiring 20,000 gallons of moisture into the environment! This condenses in the air and then falls back to the ground as rain, keeping the balance of the rainforest’s eco- system in check. Clearing trees away for cattle production not only takes precious moisture producing trees away, it puts all the remaining trees at risk of drought and desiccation if the necessary amount of moisture to balance the weather system can no longer be achieved.

Cattle production also uses an obscene amount of water in its own right. It takes approximately 1,600 gallons of water to produce just one pound of beef! To put that in perspective, it only takes 102 gallons to produce the same amount of wheat. So, not only are trees that produce moisture and help to replenish ground stores of water being destroyed to produce beef, the practice of beef production uses water at an incredibly unsustainable rate.

Want a glass of water with that burger? Sorry, the burger got to it first. 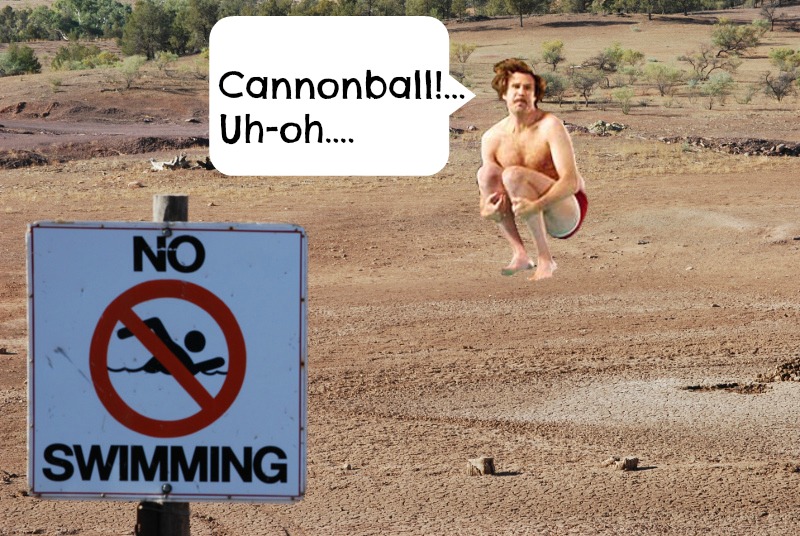