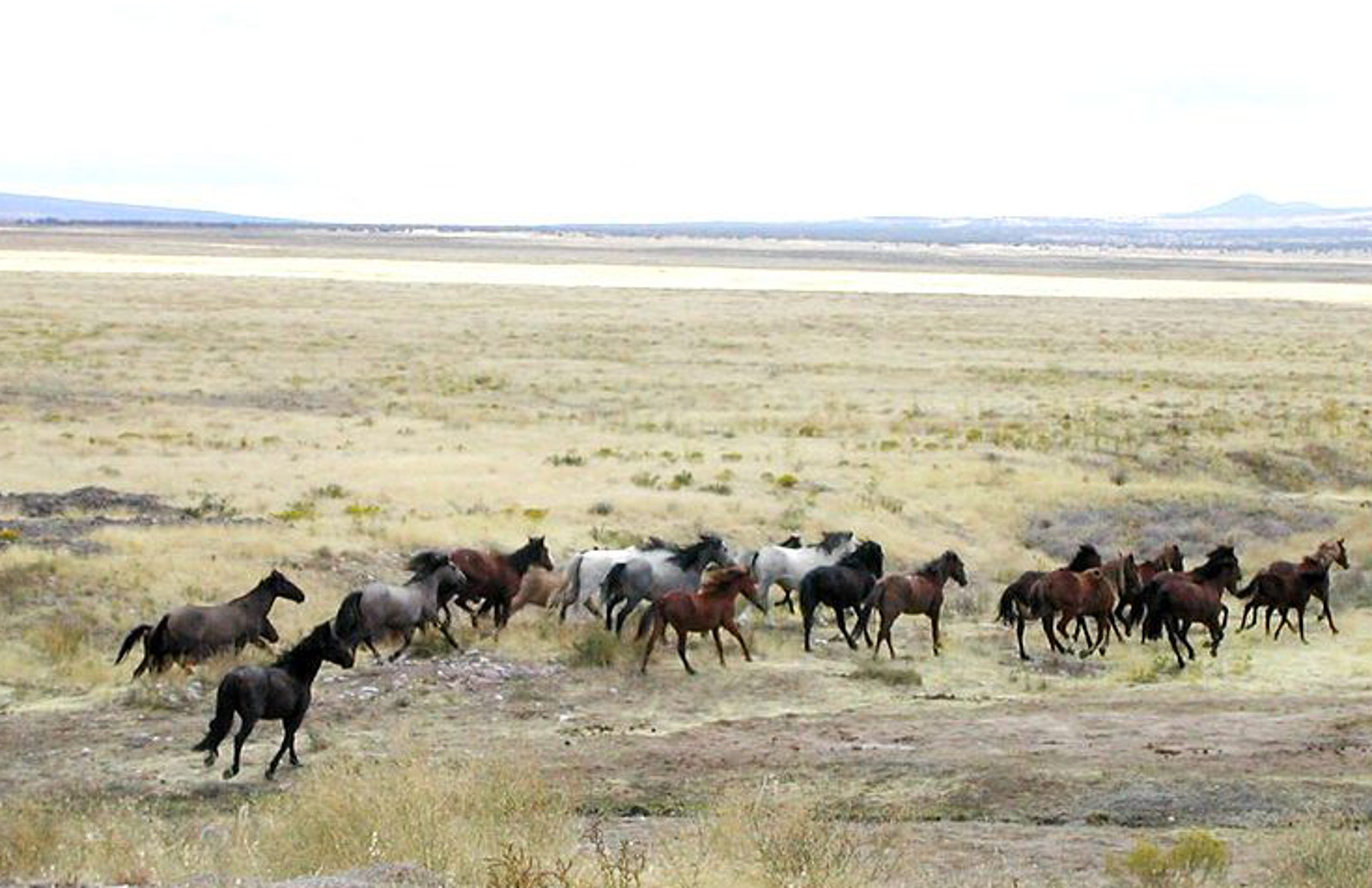 The routine roundup of American wild horses is a practice that has a long and corrupt history. From the time the great West was settled, wild horses have posed a threat to agriculture, after all, large herds of horses take up land and they do like to wander into gardens and nibble on crops left out in the open. But like all species, the wild horse plays a significant role in our collective ecosystem and should not be treated as a pest, although our historic interaction with wild horses speaks differently.

In response to the rapid disappearance of wild horses, the Wild Free-Roaming Horses and Burros Act (WFRHBA) was established in the U.S. in 1971. The WFRHBA designated wild horses and burros as, “living symbols of the historic and pioneer spirit of the West,” playing a major role in contributing to” to the diversity of life forms within the Nation and enrich the lives of American people.”

On these grounds, it was decided that the wild horse was to be protected from “capture, branding, harassment, or death.”

Under these provisions, the very nature of Bureau of Land Management roundups is illegal under this act, yet due to a series of reckless amendments by Congress, roundups leading to the harassment, capture, and death of thousands of horses occur every year.

According to In Defense of Animals, “roundups are physically tortuous and indiscriminate as the young, old, and pregnant are forced into a violent stampede over rocky and dangerous terrain.” Chasing groups of horses with low-flying helicopters, young horses run to a point of absolute exhaustion and many die. One particular roundup in the Calico Complex in Nevada left 83 horses dead and caused 30 mares to have spontaneous abortions.

Clearly, this is an inhumane, illegal, and incredibly unnecessary practice, yet every year, the BLM continues to sanction roundups, all for America’s greatest and favorite tradition, beef production.

So as you can see from this figure, the ratio of cattle to wild horses is grossly skewed to favor cattle interests. According to American Wild Horse Preservation, private livestock outnumber wild horses fifty to one. It really comes as no surprise that the lack of profitability that a wild horse presents versus a cow that can be sold for meat, dairy, etc., would play a large role in the frequency of wild horse roundups.

Cattle grazers argue that if the wild horse population were not routinely “maintained” by these roundups that they would overgraze fields needed for cattle. It has also been argued that if left to fend for themselves, wild horses would die off from dehydration and starvation as they would need to compete for limited land resources…land resources that are being reserved for paying cattle ranchers, naturally.

To counter that point, the Wild Horse and Burro Alliance has shown that wild horses have “diversified grazing habits” and that even after massive roundups, grazing areas have been left no better for cattle. Illustrating that just maybe it isn’t the wild horses that are the problem here…Yet, more than eight times the federal land is designated for private livestock grazing than wild horses, costing tax payers a cool $132 million a year.

The BLM has continually claimed that routine roundups are needed to control wild horse populations that are poised to grow exponentially since they do not have any predators. Not only does this argument directly contradict the assertion that horses would die off as the result of competition for natural resources (you know, as the natural balance of populations usually work) but it plays the “science” card that we have heard many times before used to justify traditional animal slaughters (cf. Taiji).

Now, if we put down the “science” card and look at what is going on the scenes it appears that the BLM has a rather strong interest in continuing roundups thanks to a little something called livestock grazing tax. All the federal lands where wild horses are maintained can be rented out to ranchers granted they pay a tax to the BLM for each cattle grazing on their territory, meaning the BLM has incentive to allow more and more cattle to graze livestock on protected lands.

The BLM is authorized to parcel out land at the discretion of the Secretary of the Interior, despite the fact that the protection of horses is mandated by Congress. According to Wild Horse Preservation, the driving force behind the systematic removal of wild horses from land–that is legally theirs–is the result of the National Cattleman’s Beef Association influence in Washington. The enormous profits that the National Cattleman’s Beef Association enjoys at the expense of wild horse happily pays cattle taxes and will continue to sway legislators against protecting wild horses unless Congress stands up to assert their authority over the matter.

While the cattle industry is an enormous entity with seemingly endless funds, we can help to give the American wild horse a fair shot at survival (outside a federal holding facility) by spreading their story and raising awareness of this very important issue.

To help end this senseless slaughter of horses, support the legal work of In Defense of Animals to help keep wild horses free. You can also take action and learn more about the looming threats facing the wild horse on the Wild Horse Preservation website.