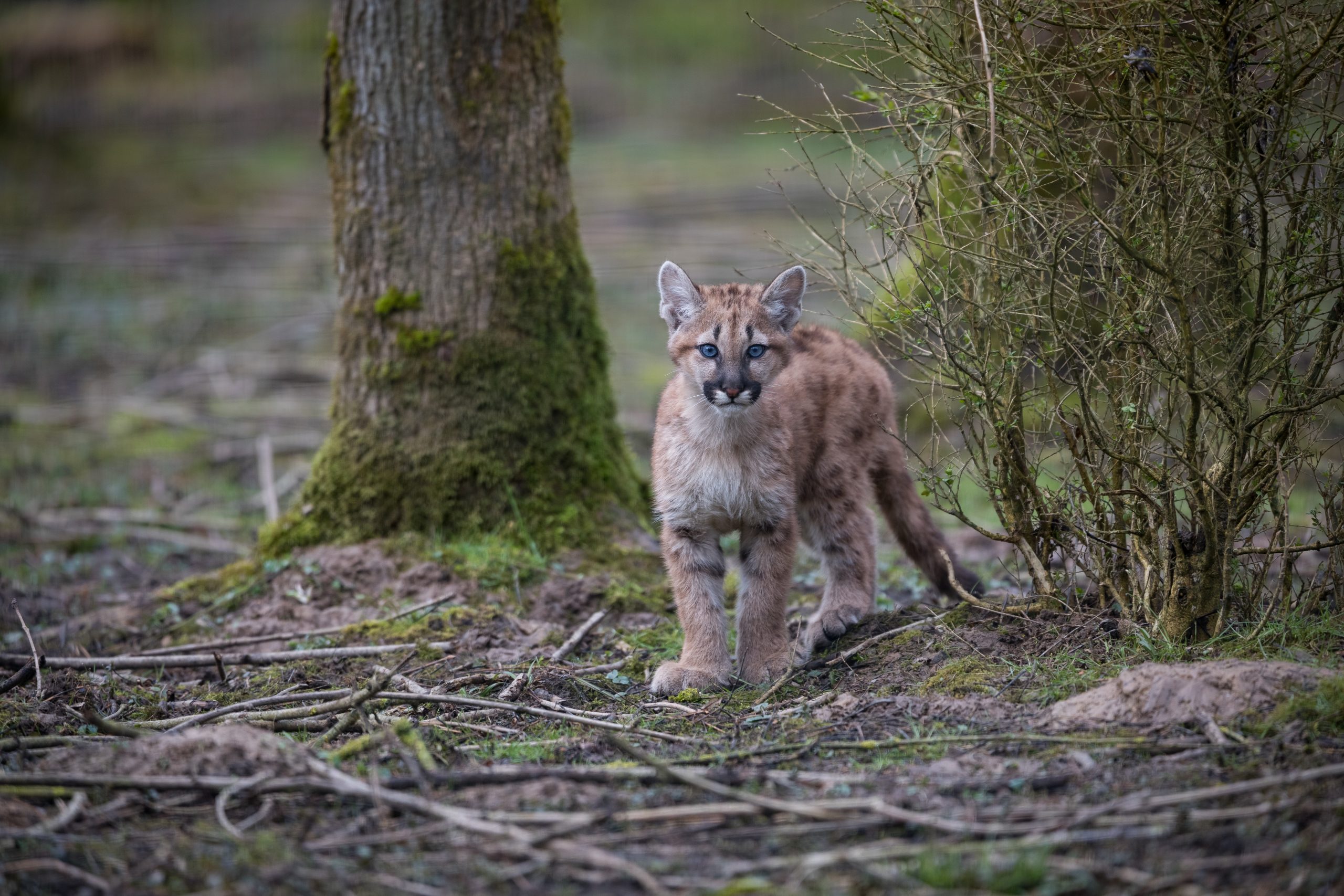 The cub was originally taken to a California zoo because the California Department of Fish and Wildlife was overwhelmed by so many displaced animals due to the fires. Wildlife biologist Pete Figura  told CNN that the cub was “alert & feisty.”

Per a statement on the Columbus’ zoo’s Facebook, “The Columbus Zoo and Aquarium will soon be home to three new (adorable) faces! Mountain lion cubs, Captain Cal, and two sister cubs (unrelated to him) will be arriving in the coming weeks from Oakland Zoo. The Cal Firefighters named the male cub “Captain Cal” when they found him limping down a burned-out road in Redding on September 30, 2020. Firefighters found Captain Cal was orphaned and severely burned. He is now fully recovered 47 days after he was rushed to Oakland Zoo’s veterinary hospital by the California Department of Fish & Wildlife (CDFW). With surgery, antibiotics, supportive fluids, pain medication, hand-feedings, daily bandage changes, and round-the-clock care, Captain Cal is ready to make the journey to the Columbus Zoo. He will be joined by the two female cubs, who were orphaned by the August Complex fire. ”

While it’s great that these mountain lion cubs were rescued, it’s important to remember that zoos are not the best environment for animals. Because of the stress of small enclosures and constantly being watched by people, many animals will grow depressed and even develop zoochosis, causing them to engage in a variety of self-harming behaviors. These animals may even lash out at other animals or people around them. Sanctuaries, where the focus is on the animals are much better because they can live in larger, more natural spaces without human visitors watching. An animal’s wellbeing will never be compromised for a human’s entertainment at a real sanctuary.

So far in 2020, at least 8,000 fire incidents have been reported by Cal Fire. 4 million acres, a record, have burned in the fires. Read more about the wildfires in One Green Planet, including the Silverado and Colorado fires and animals in Washington State affected by fires in the area.

For more Animal, Earth, Life, Vegan Food, Health, and Recipe content published daily, subscribe to the One Green Planet Newsletter! Also, don’t forget to download the Food Monster App on iTunes – with over 15,000 delicious recipes, it is the largest meatless, vegan, and allergy-friendly recipe resource to help reduce your environmental footprint, save animals and get healthy! Lastly, being publicly-funded gives us a greater chance to continue providing you with high-quality content. Please consider supporting us by donating!