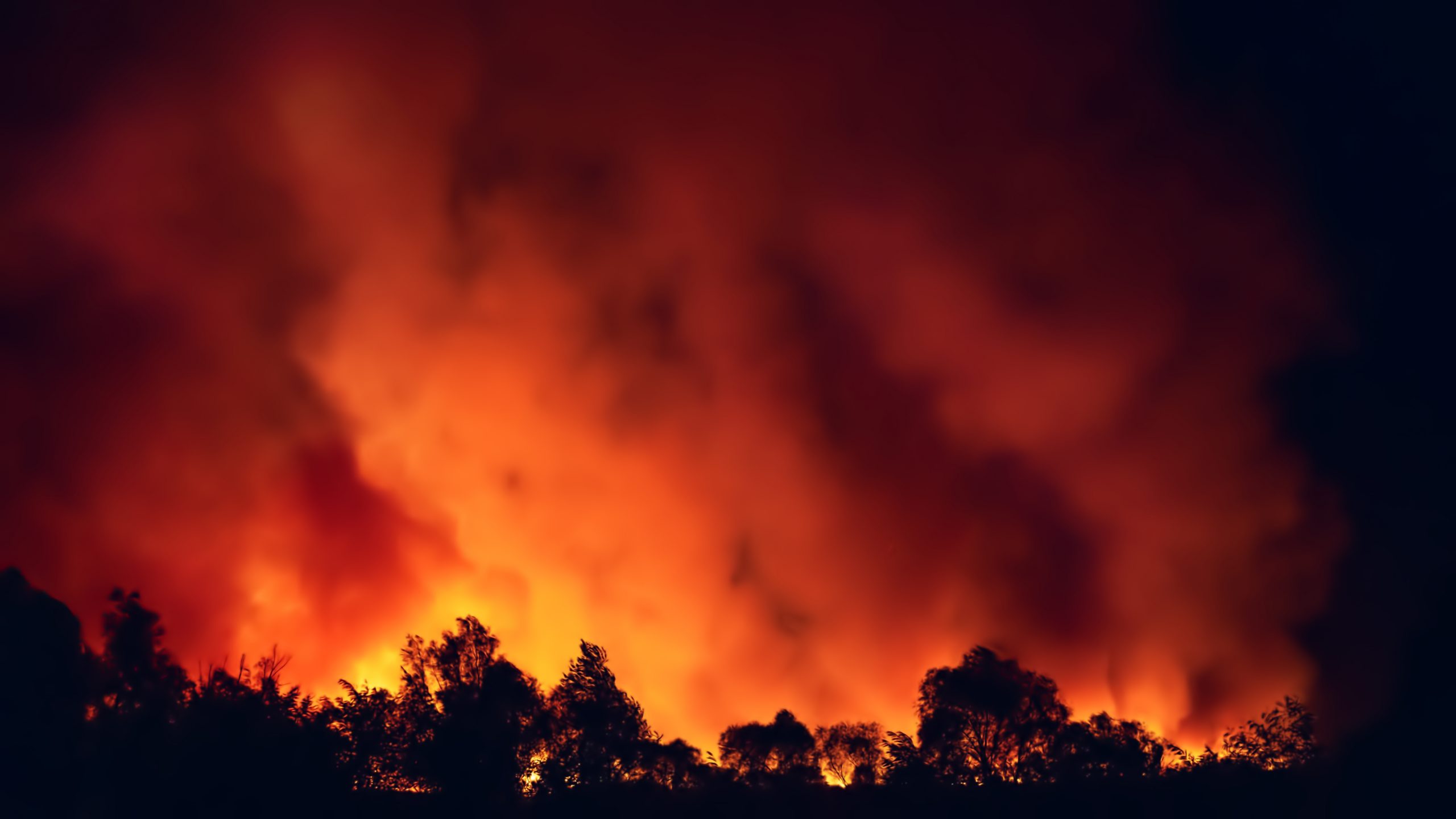 The historic wildfire season in Colorado is fueled by dry weather and drought conditions worsened by climate change.

“Our 2020 wildfire season is showing us that climate change is here and now in Colorado. Warming is setting the stage for a lot of burning across an extended fire season,” Dr. Jennifer Balch, professor of fire ecology and director of Earth Lab at the University of Colorado Boulder, told CBS News.

Even as a scientist studying extreme weather & wildfire in a warming climate, I was shocked by how fast #CalwoodFire roared down the Colorado Front Range foothills this afternoon. This is footage of one of several large fire vortices I observed while leaving area. #COwx @nplareau pic.twitter.com/9yJRdNo14X

Nearly all parts of Colorado are experiencing a drought this year — 97% of the state is in the “exceptional,” “extreme,” or “severe” drought categories. This year is the eighth warmest and second driest on record for Colorado.

With over a month of fire season left, record-breaking wildfires have ravaged the west coast and Southwest of the country. Thousands have been evacuated across California, Oregon, and Washington, at least three dozen people have died related to fires, and more than 5 million acres have burned, CNBC reported.

Over the weekend, snow fell over parts of Colorado, dampening small blazes. However, snow-covered roads and icy conditions may also delay firefighters from getting to key areas or disrupt firefighting equipment. Large logs can continue to smolder and blaze up again once the snow melts as warm temperatures return this week, Dan Quinonez, an incident commander, explained.

The Colorado fires come as 6 of the 7 largest wildfires in California’s history have happened this year. The largest, the August Complex fire, burned over 1 million acres which is more acreage than the state of Rhode Island. Extreme heatwaves in California, that have created perfect fire-starting conditions, are only intensifying due to climate change, scientists warn.

Wildfires are not only ravaging lands and destroying livelihoods –– they have a long-lasting impact on human health. Wildfire smoke from western states and Colorado has caused egregious air pollution that has lingering health effects even after skies clear up.

Aerial shot of the Colorado fires. Hey @DocWX, can you order up a snow storm for us pls? #cowx #LefthandCanyonFire #CalWoodFire #wildfires #sunset pic.twitter.com/rcz8i96lGk

“I hope that these horrific scenes are enough of a wake-up call to help Americans realize that climate change is a serious threat to our economy, to our health and to everything we hold dear, not in 20-30 years, but right now,” climate scientist Kim Cobb of Georgia Tech said to CNBC.