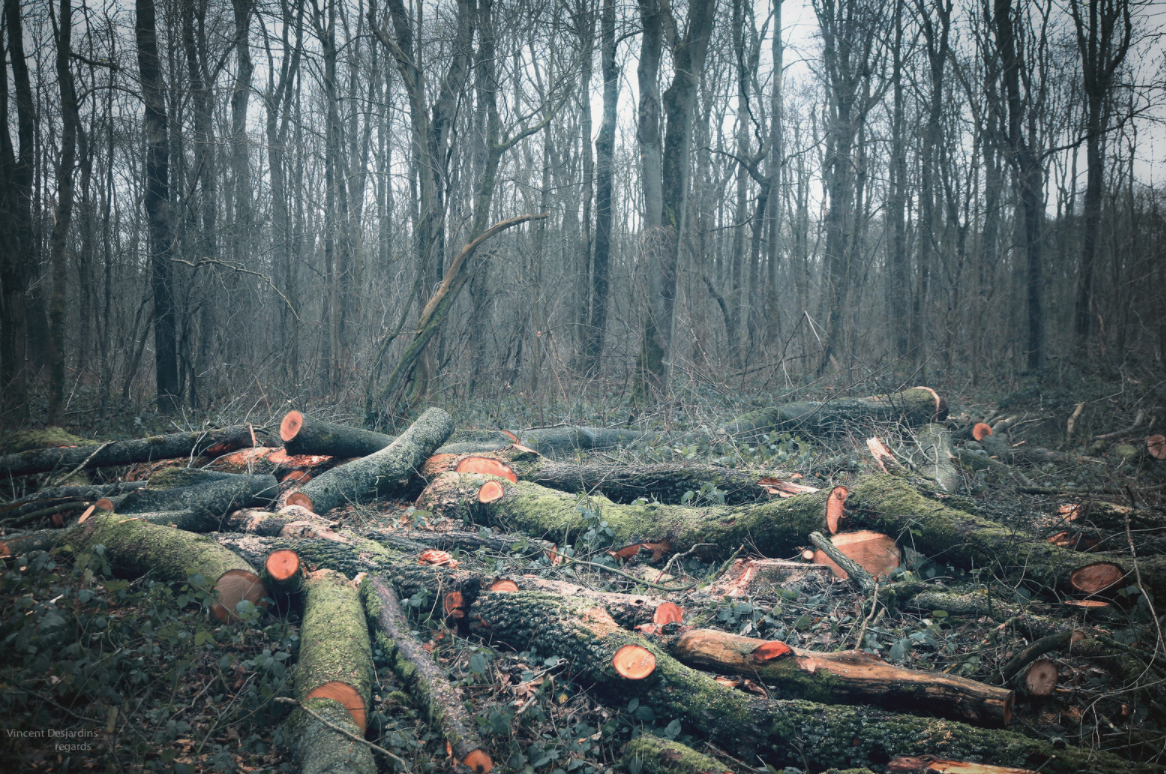 A growing body of evidence shows that deforestation can greatly increase the prevalence of zoonotic viruses in which viruses are passed from animals to humans. Six out of every 10 infectious diseases in humans are zoonotic. In an uninterrupted environment, viruses carried by animals are limited by their ecosystems. However, deforestation and other environmental disturbances displace the animals carrying these viruses as their sources of food are lost and habitats destroyed. As humans encroach on these areas, human-wildlife contact can increase, resulting in a high incidence of zoonotic viruses as pathogens jump from animals to humans.

More than a third of the Earth’s land is used for agricultural purposes, and humans’ desire for beef, soy, palm oil, and wood products destroy tropical forests at staggering rates each year. In South America specifically, beef and soy production drive more than two-thirds of the habitat loss with around 75% of soy production becoming livestock feed. Deforestation also occurs at alarming rates in Southeast Asia and the Congo Basin, the world’s second-largest rain forest.

In addition to the ecological issues of biodiversity, deforestation has major implications for human health. Studies focused on malaria and Ebola have all demonstrated how destroying and fragmenting forests can increase transmission rates.

The Amazon is the world’s largest rainforest and home to 10% of all known species on Earth. Amazon is also the target of major deforestation efforts––more than a quarter of the rainforest has been destroyed from deforestation alone. In Brazil, the resurgence of malaria in recent decades has been linked to intense deforestation and settlement in the Amazon due to political and economic pressures.

It is likely that the increased rate of malaria is due to the favorable conditions for mosquitos created by deforestation. More sunlight exposure warms pools of water making these areas better breeding grounds, and constant forest destruction causes ditches and puddles which are conducive places for larvae development.

The exact transmission cycle of the Ebola virus remains unknown; however, bats are suspected to be reservoirs for the virus and humans may contract Ebola directly from these reservoirs or indirectly through larger wildlife such as apes.

Through deforestation and forest fragmentation, humans not only come in close contact with wildlife but also directly consume the animals infected with the virus in the form of bushmeat. Studies have demonstrated the outbreaks of Ebola in humans occurred mostly in hotspots of deforestation in West and Central Africa as forest loss disrupts bat and wildlife movements and densities.

Although the origin of novel coronavirus is not proven, it likely came from a bat and was transmitted to humans through another animal, likely the pangolin. The role of deforestation in the emergence of COVID-19 is unclear, but this virus and its grave social, economic, and biological consequences highlight the need to examine human behaviors that increase human-animal contact.

“The underlying causes of zoonotic spillover from bats or from other wild species have almost always—always—been shown to be human behavior,” Andrew Cunningham, Professor of Wildlife Epidemiology at the Zoological Society of London told CNN. “Human activities are causing this.”

Studies demonstrating the relationship human-driven actions, like deforestation, with viruses could help prevent the next global pandemic. Protecting the environment not only preserves biodiversity and animal habitats but also it is a matter of public health.

This is a good time to reconsider our intake of animal products to stay healthy. Reducing your meat intake and eating more plant-based foods is known to help with chronic inflammation, heart health, mental wellbeing, fitness goals, nutritional needs, allergies, gut health, and more! Dairy consumption also has been linked to many health problems, including acne, hormonal imbalance, cancer, prostate cancer and has many side effects.

Sign this petition to Support California Bill that Would Protect Endangered Species and Humans from Zoonotic Diseases!

Read more of our recent coverage on zoonotic diseases: