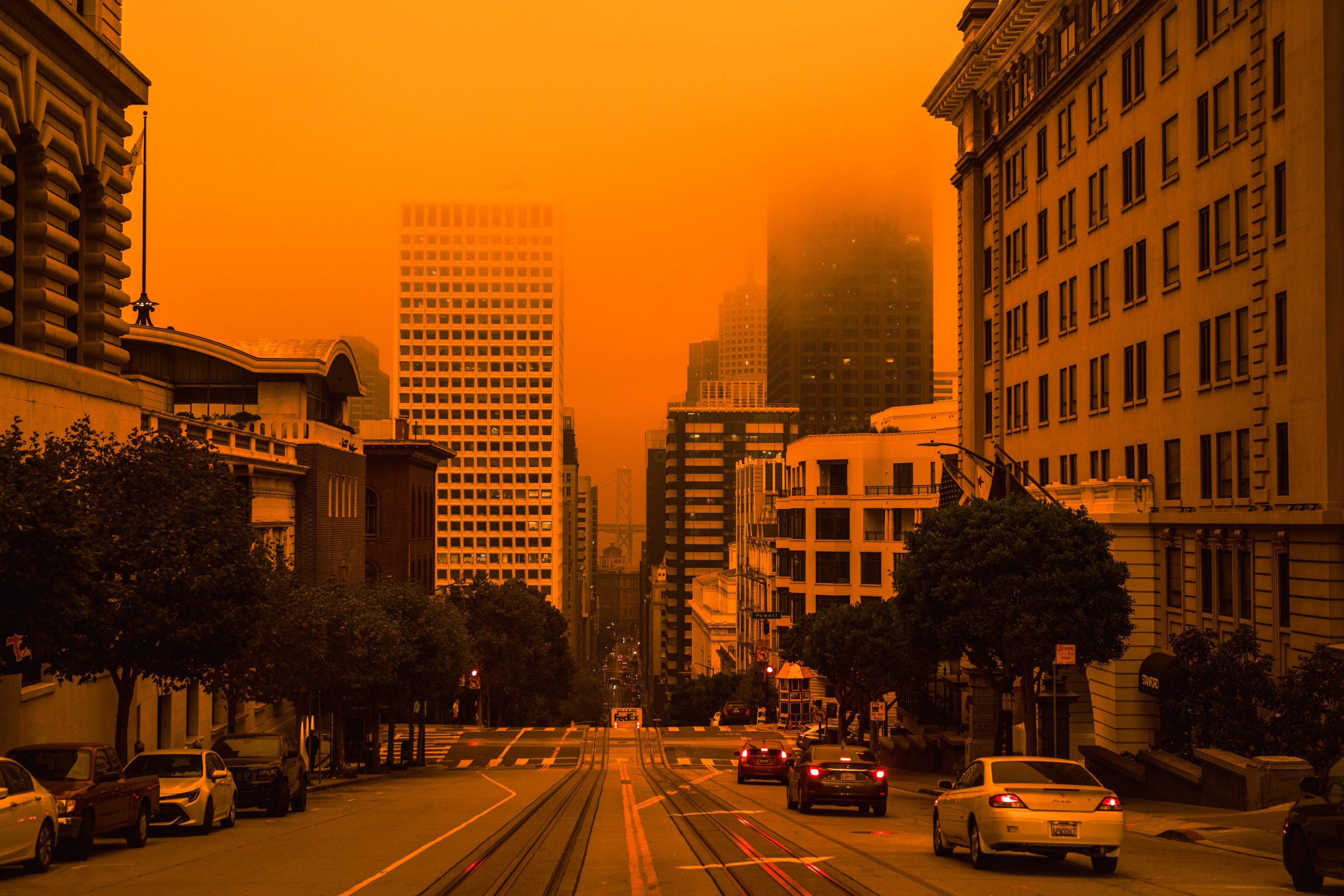 As unprecedented mega-wildfires continue to ravage the west coast of the U.S., massive amounts of smoke are damaging air quality throughout the region and beyond.

Soot, ash, and smoke turned the Bay Area’s skies an eerie orange color. West coast cites faced the worst air quality in the world for days. And evacuations of thousands of people became a weekly occurrence.

An NPR analysis of U.S. Environmental Protection Agency air quality data found that nearly 50 million people in California, Oregon, and Washington – about 1 in 7 Americans – live in counties with at least one day of “unhealthy” or worse air quality so far this year.

Air pollution from smoke has been linked to serious health problems and is deadly as smoking multiple cigarettes each day. Research suggests that the health effects can persist even after skies clear up.

Plumes of smoke can also spread all over the globe due to air currents. Smoke from the west coast has reached across the country as far as New York and Washington DC. Many Americans far from the fires will still feel the impacts of air pollution.

Wildfire smoke can be especially harmful to the elderly, pregnant women, children, and people with preexisting respiratory and heart conditions.

According to the EPA, the biggest health threat from wildfire smoke is fine particles that penetrate deep into the lungs. Fine particles with a diameter smaller than 2.5 microns, known as PM2.5, cause health problems ranging from burning eyes to heart disease, stroke, and lung diseases. Particle pollution has even been linked to premature death.

“We have every reason to believe that if people have these exposures it’s going to set up inflammation in lungs and the airways and carry on for weeks and months even after the exposure is gone and set people up to have their asthma stay worse, to have maybe more risk of acquiring infectious diseases, or having worst cases of infectious diseases,” Dr. Joel Kaufman, a professor of environmental & occupational health sciences, medicine, and epidemiology at the University of Washington, said to Healthline.

Amid a pandemic of a respiratory virus, damage from wildfire smoke will likely compound the impact of COVID-19, worsening symptoms, or increasing susceptibility to the respiratory infection.

During periods of high pollution, public health groups have advised to stay indoors, keep windows closed, and keep indoor air as clean as possible, using an air conditioner (close the fresh-air intake and keep the filter clean) and air filter if you have them. Unfortunately, for those who don’t have cooling and filtering amenities, keeping their windows open is necessary amid an intense heatwave that exacerbates the effects of the fires in California.

Although California is prone to wildfires due to its hot and dry climate, the fires have become more frequent and intense as a result of human activity.

One study found that human-caused climate change caused roughly 55 percent of the aridity in Western U.S. forests from 1979 to 2015, leading to double the number of wildfires in the area since 1984.

Rising temperatures, powerful droughts, and changing weather patterns resulting from climate change have caused the land to become extremely dry and vulnerable to wildfires. Without major global action against climate change, wildfires and their harmful effects will be commonplace.