Neglected, Sick and Diseased Dolphins Being Forced to Perform at Madrid Zoo 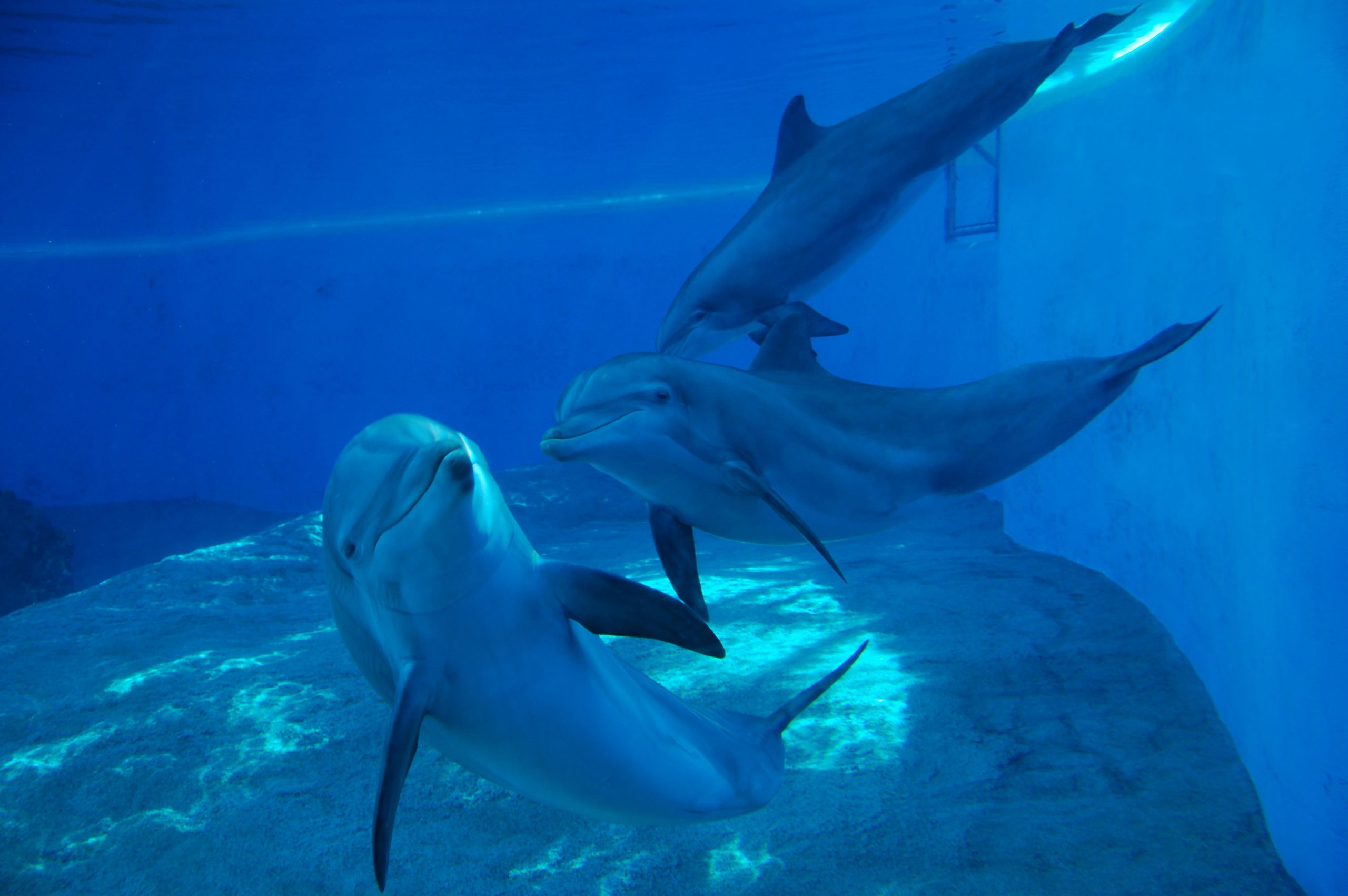 The Madrid Zoo Aquarium is like many others in that it has trainers, dolphins, and regular shows. The dolphins perform to a delightful audience. But what’s happening behind the scenes tells a different story.

A veterinary report that was sent to the Spanish Civil Guard laid out that nine dolphins at the Madrid Zoo Aquarium are sick, according to Spanish outlet El Pais. The dolphins have eye problems and two of them have skin lesions.

A local association Proyecto Gran Simio has filed a complaint and called for the animals to be removed from captivity. Pedro Pozas, the executive director of Proyecto Gran Simio said of the findings, “I saw the vet’s report and my heart sank,” says Pozas. “So we decided to file a formal complaint as representatives of an animal-welfare organization.”

Pozas described the findings, “In the photos, you can clearly see that one has her whole body covered by an ulcerous dermatological condition that shows up in the form of craters. The lesions go from the head to the back, as far as the tail fin. They measure several centimeters in diameter and are in different phases of development, from inflammation, swelling, erythema and lumps to deep ulcers.”

See more in the video, below:

According to the veterinarian, Guarina, one of the dolphins in captivity is having additional health issues. “She is missing part of her nose,” Agustín González says. “Just imagine, dolphins don’t have hands; they use their noses for touch and it is as though [her nose] was raw. That could be because of a scrape with a wetsuit or banging against the walls of the swimming pool.”

Dolphins in captivity are subject to stressful human interactions cause them physical and mental suffering. Dolphins in parks are confined to small tanks, which increase aggression and reduce necessary mental stimulation.

You can also sign this petition to ban dolphin captivity!