Step Right Up! See How Ridiculous Circus Tricks Would Look in the Wild! 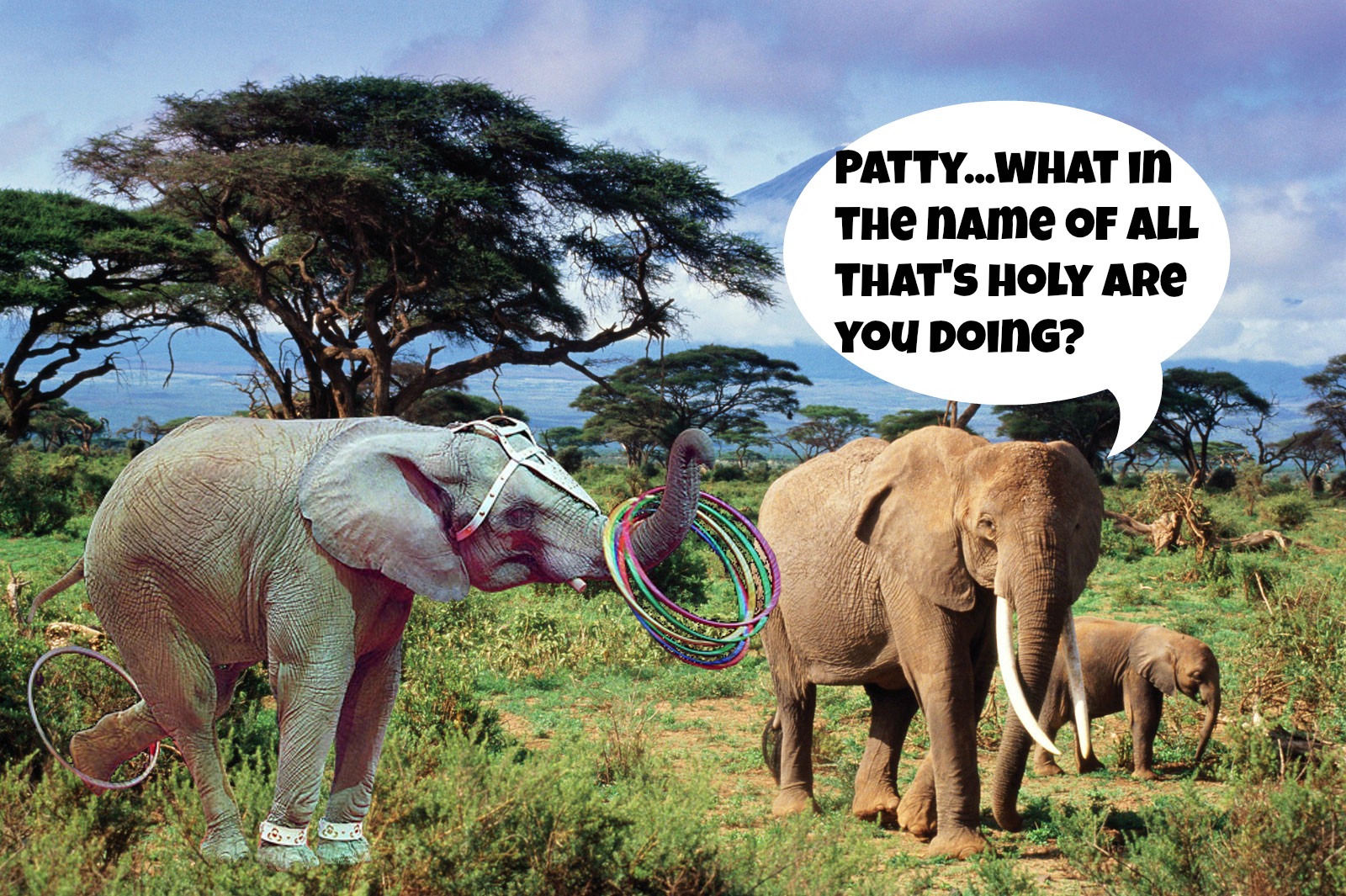 It’s no secret that animals in the circus live very different lives than their wild counterparts. They’re kept in tiny cages, shlepped from place to place, beaten in order to keep them compliant and often have food and water withheld to ensure they do their tricks. It’s a pretty terrible existence. Circuses like to push the angle that the animals are cared for, and that their presence in the circus is actually an act of conservation. They even go so far as to say animals enjoy doing tricks because the tricks are based on behaviors they would naturally do in the wild.

When people see animals under the big top with happy music and bright lights, it’s honestly understandable why it might seem that the animals are enjoying the performance. After all, the elephants aren’t stampeding to get away. The tigers aren’t attacking their trainers (in public). The animals seem to be going with the flow, so it stands to reason that they could be perfectly content to leap through fiery rings or stand on their heads. Only when examined in comparison to their natural counterparts can we really understand that this perceived contentment is not real, but rather the result of years of cruel training.

When you think about it, these animals would never perform these tricks in the wild for any reason. It just wouldn’t make sense. Can you imagine any situation in which the natural behavior of a tiger would be to ride around on a horse?

What would that conversation even be like, “Hey, uh, Donnie I’m gonna need a ride down to the river for a drink, cool?” To which the horse is like, “Totally, let’s rock and roll!”

When we look at how utterly preposterous these tricks would be if performed in the wild, it becomes obvious that these behaviors are anything but natural.

Bears are shy by nature and tend to avoid humans, which doesn’t seem to translate to dressing like Charo and hula hooping with their necks. 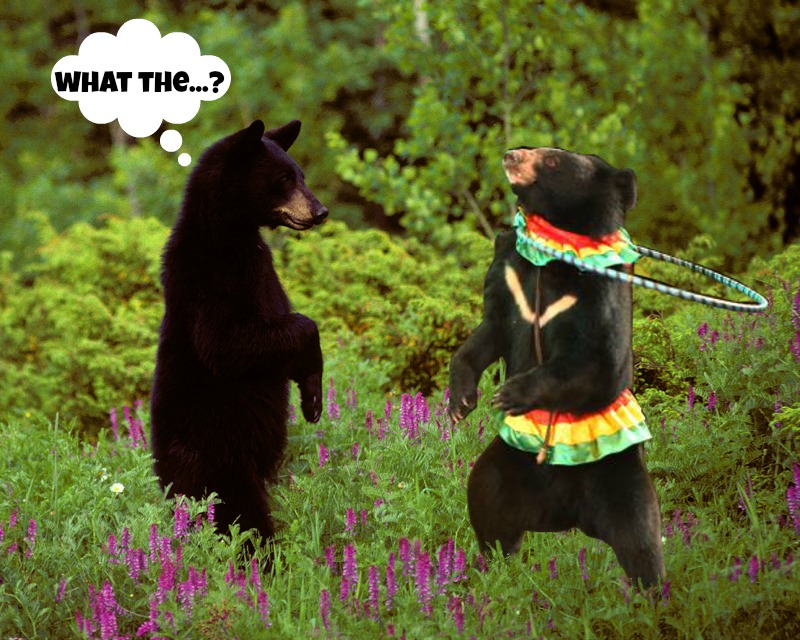 Do tigers jump in nature? You betcha. Through giant flaming hoops? Not so much. 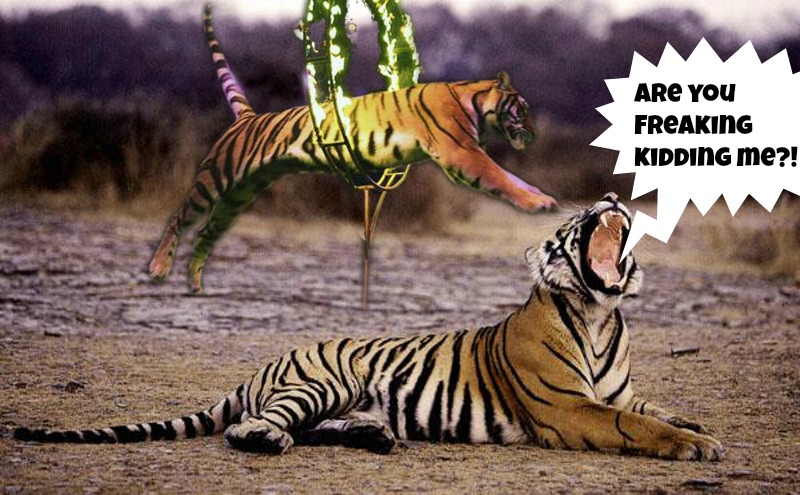 Lions can run 50 miles per hour while tigers can light up the jungle at 35 miles per hour – making this contraption kinda unnecessary. What even is that, a hamster wheel? 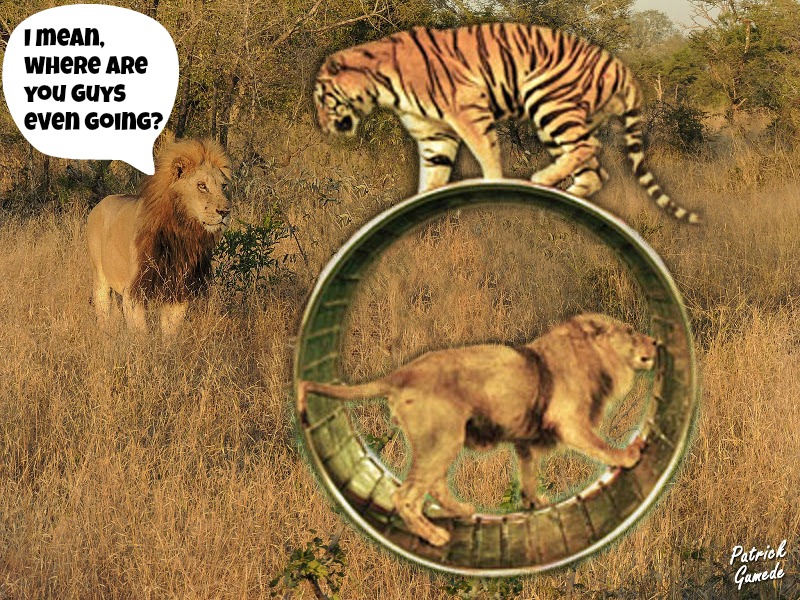 There are so many reasons why this is unnatural. We don’t even know where to begin. 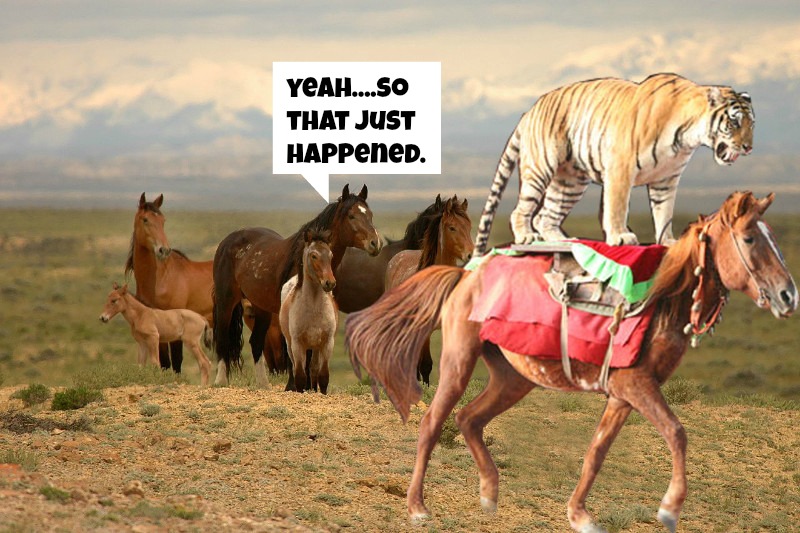 Go ahead and Google “Elephant standing on their head.” You won’t find a single image of an elephant in the wild doing this “just ‘cuz.” 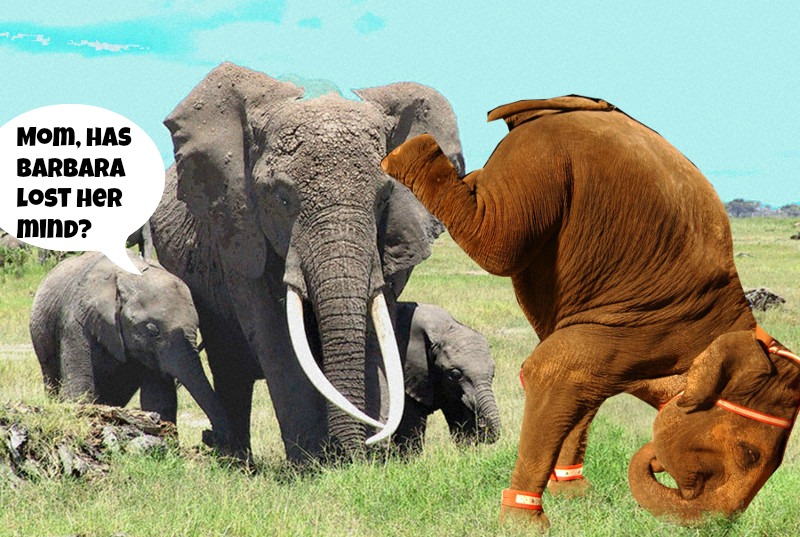 Lions aren’t really known for giving rides, they’re selfish like that. They’re also capable of consuming 15 percent of their own body weight in a sitting, so…. 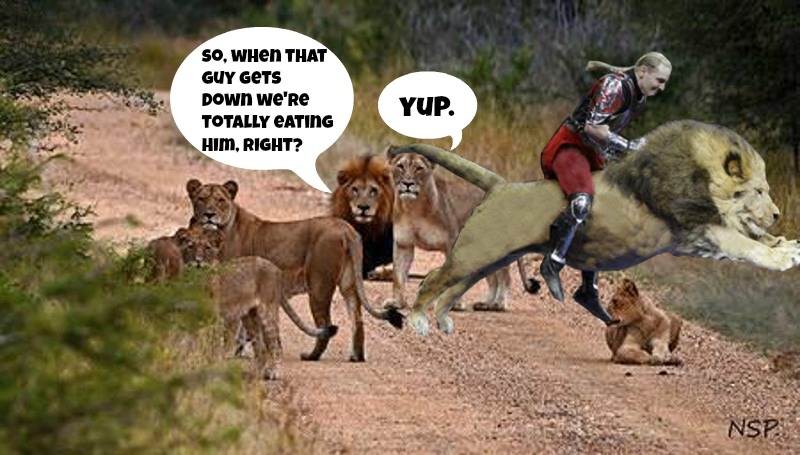 Depending on the abundance of food supply, bears can migrate up to 100 miles during a season. You know how they don’t do that? ON A MOTORCYCLE! 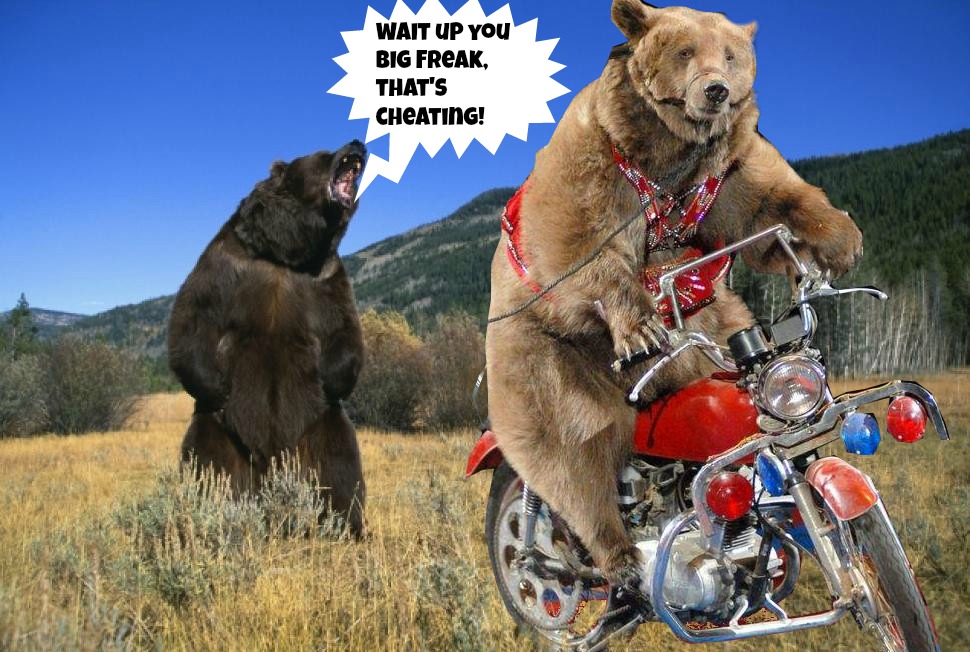 Elephants prefer to be on solid ground, not rolling on a barrel like a drunk at a beer festival. 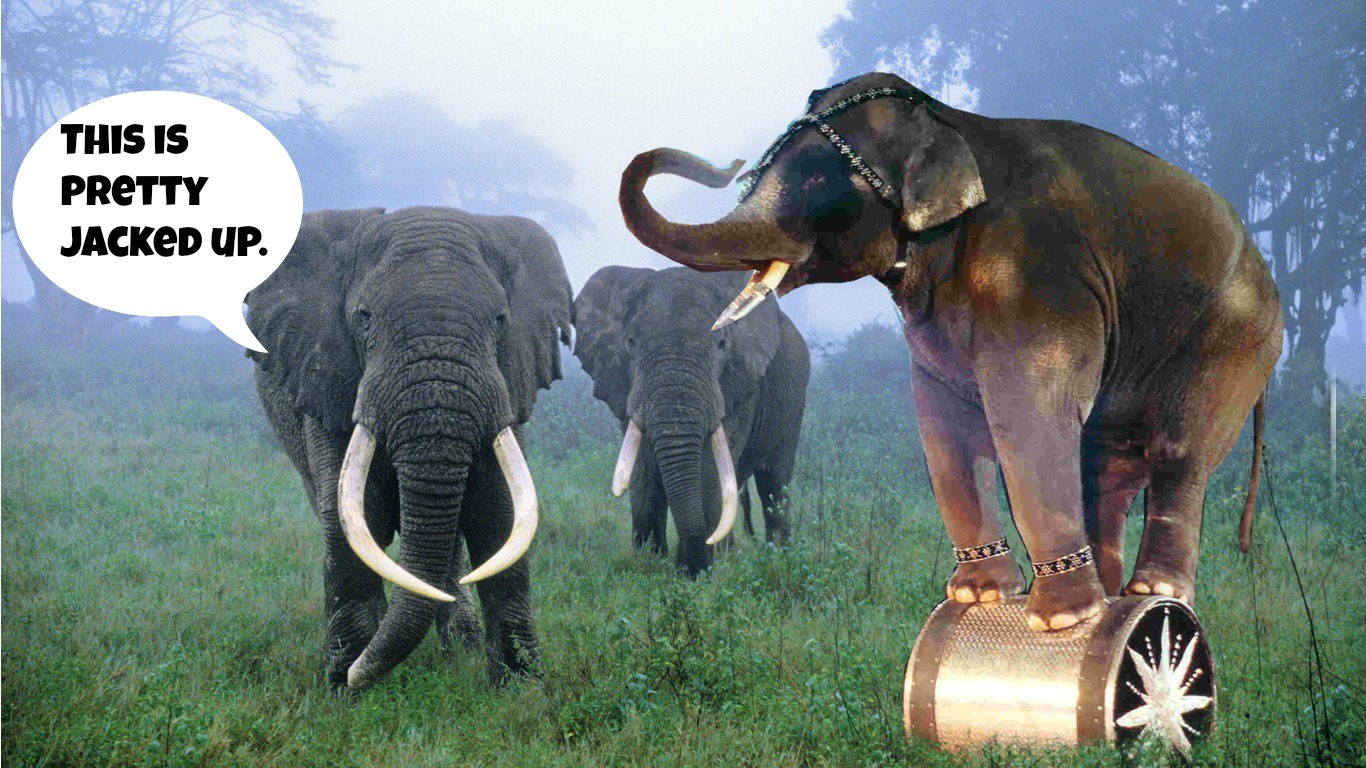 It seems pretty obvious that calling these tricks “natural” is as far from the true definition of that word as one can get. Training animals to do bizarre and outlandish behaviors in the name of entertainment is not only damaging to the animals themselves, but it’s damaging to the entire concept of conservation.

When people are led to believe that forcing an elephant to stand on a barrel is helping the species, they believe that buying a ticket to the circus is doing their part. If you truly want to help animals, which we all totally do, boycott the circus when it comes to town and urge your fellow Green Monsters to do the same.