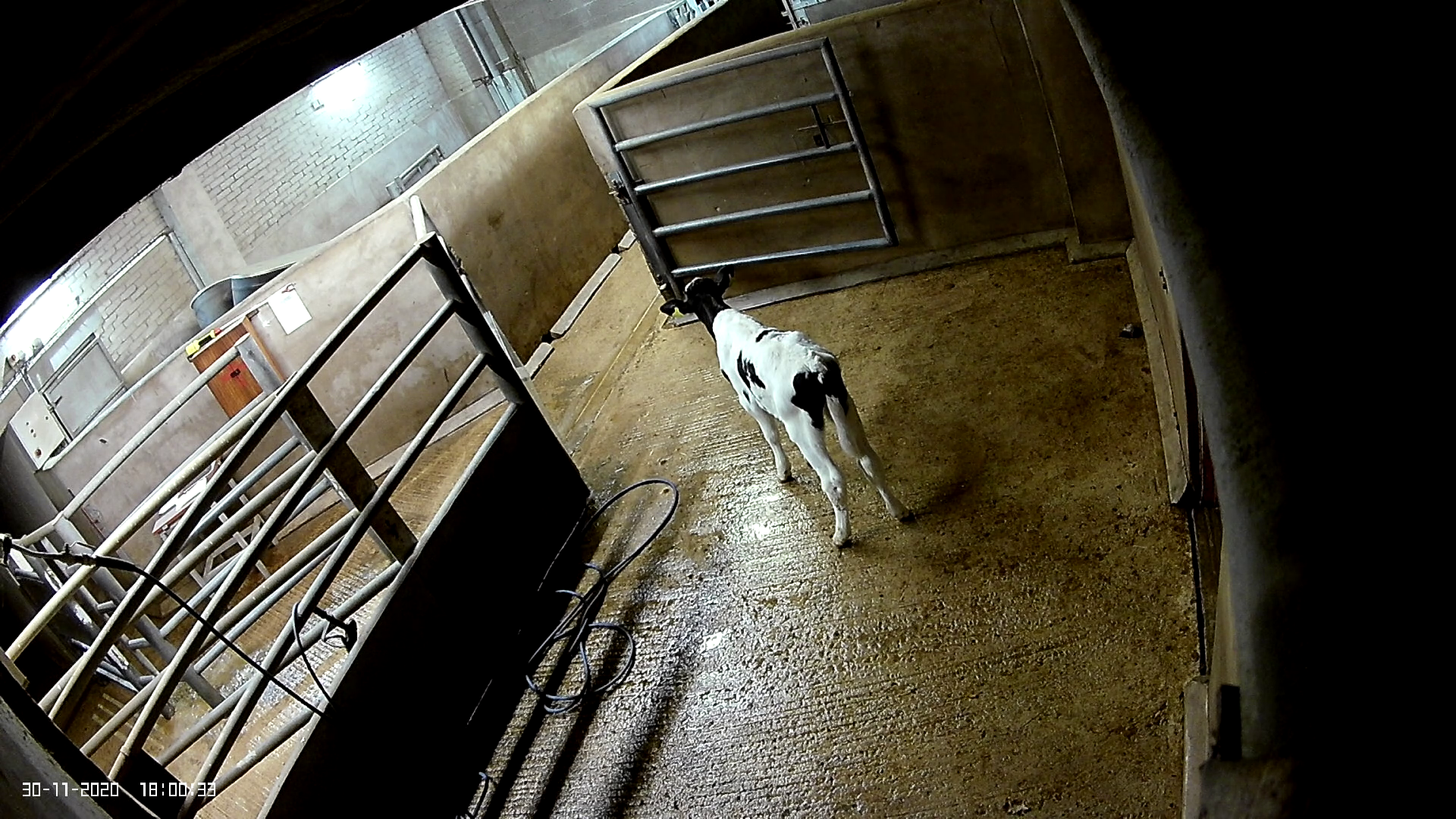 Animal Justice Project’s ground-breaking campaign, “Expired,” exposing the calf trade within the UK, has grown from strength to strength since its inception last year. Launching with a powerful undercover investigation at a beef megafarm – the first time a beef farm has ever been filmed on – its newest investigation shines a light on the fate of bull calves. It has resulted in Müller instructing all of its farmers to stop working with Oaklands immediately, Sainsbury’s to commence an immediate investigation, and Oaklands itself to cease trading following the exposé of flagrant cruelty violations and calf slaughter.

The shocking footage obtained by Animal Justice Project investigators over five months at Oaklands Livestock Centre in Shropshire, and a slaughterhouse killing bull calves, has reached thousands of people in national media. It has revealed for the first time the fate of bull calves born on dairy farms.

Calf Shooting Bans Could Lead to an Increase in Calf Slaughter

Major supermarkets and milk processors in the UK have now banned the shooting of day-old bull calves on dairy farms. Certification scheme, Red Tractor, have also implemented changes, which means at least 95% of milk produced in the UK will have come from dairies banning the “routine euthanasia” of calves on-farm by 2023.

Despite this, and an increased integration of the dairy and beef industries, as highlighted in Animal Justice Project’s Expired campaign, the well-acknowledged problem of so-called “surplus” bull calves born on dairy farms remains, with many crossbred dairy calves being unsuitable for rearing. These youngsters are “mongrels” or “grass rats” according to some farmers. 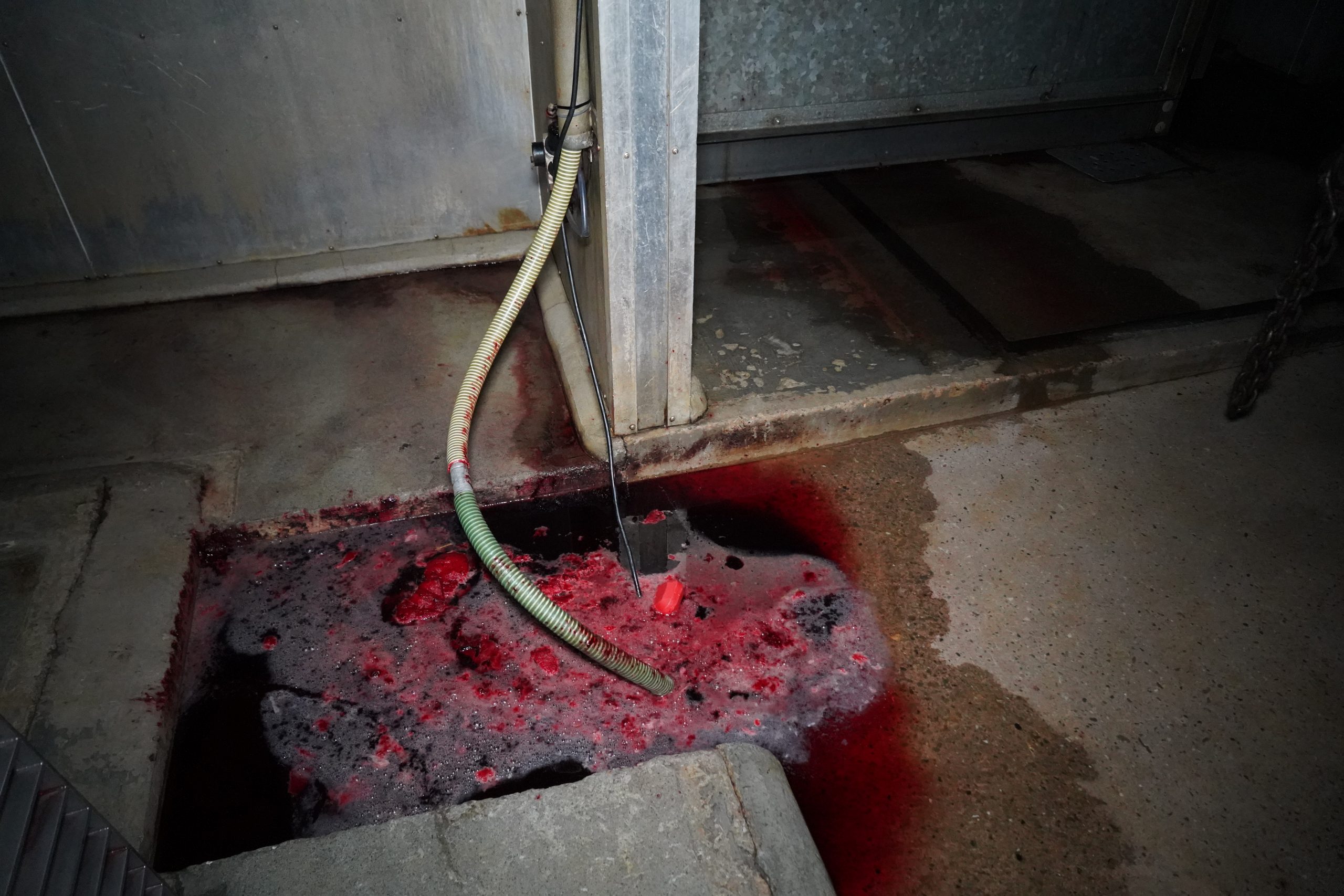 A staggering 65,000 calves under a month old were killed in UK slaughterhouses last year. Whilst supermarket and industry bans to end shooting may appease dairy consumers, Animal Justice Project reveals that policies often do not cover the “onward trade” of calves. This means bull calves are ending up at markets and, many, in the slaughterhouse. Last available figures show that over half of calves arrive at the slaughterhouse from dealers, like Oaklands, who pick the animals up from dairy farms and marts nationwide.

The banning of calf shooting may even increase the number of calves ending up in abattoirs due to farmers having no choice but to send them off-farm. The real solution, Animal Justice Project advocates, is an end to dairy farming. 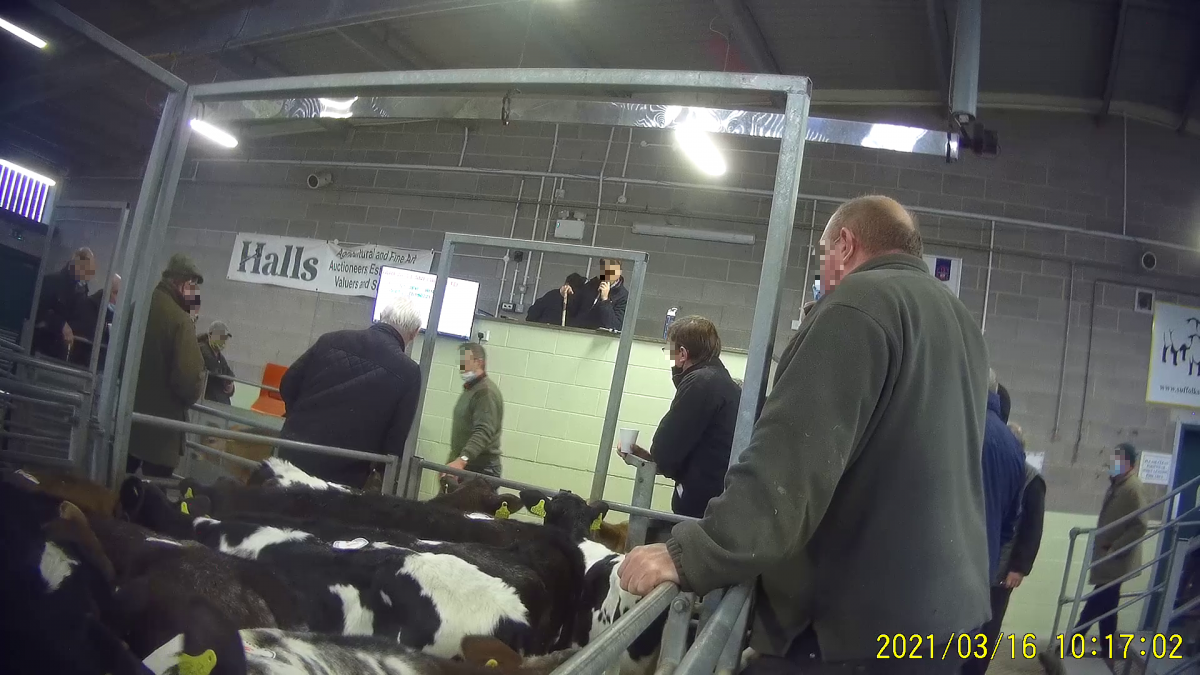 From Oaklands, calves are either reared or taken to slaughter at G & GB Hewitt abattoir in Chester. Animal Justice Project filmed Oaklands’ director, Derek Whittall, leaving tiny calves as young as nine days old in the lairage overnight. An apparent breach in slaughter regulations. Calves at Hewitt were filmed being killed up to almost a minute after stunning. The government’s own slaughterhouse watchdog, Food Standards Agency, recommends no more than 15 seconds to ensure animals do not begin to recover consciousness before they die of blood loss. 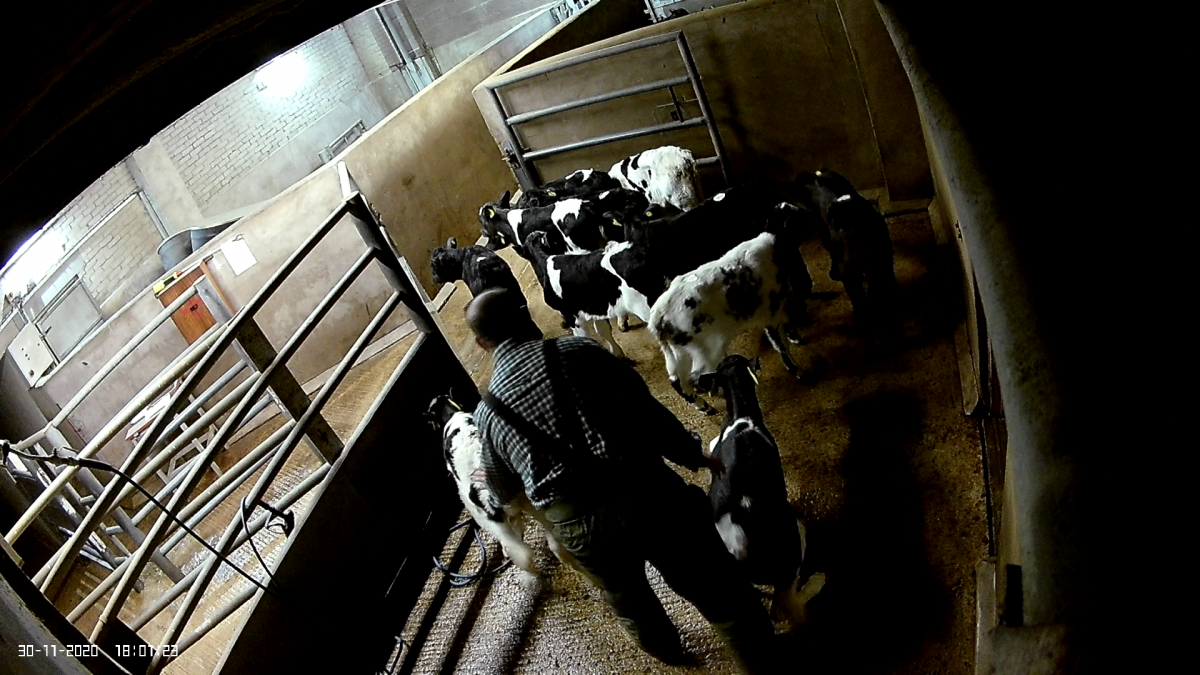 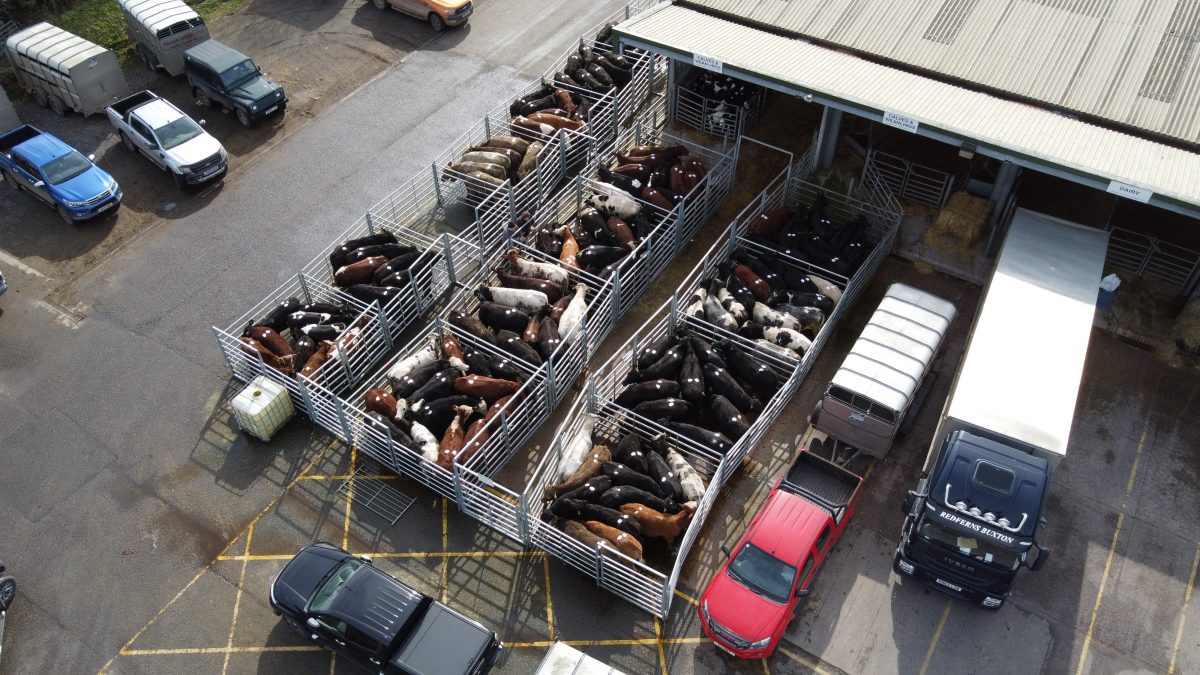 At the yard, where calves were taken back to, investigators documented a culture of abuse amongst workers towards tiny, unweaned calves who were thrown down trailer and truck ramps, lifted by their tails, kicked, kneed, punched, hit with sticks, dragged by their ears, jacket whipped, slapped, pushed, slapped, and had gates rammed on their delicate legs. Animal Justice Project veterinarian, Molly Vasanthakumar stated, upon viewing the footage, “these incidents are highly distressing to watch.” 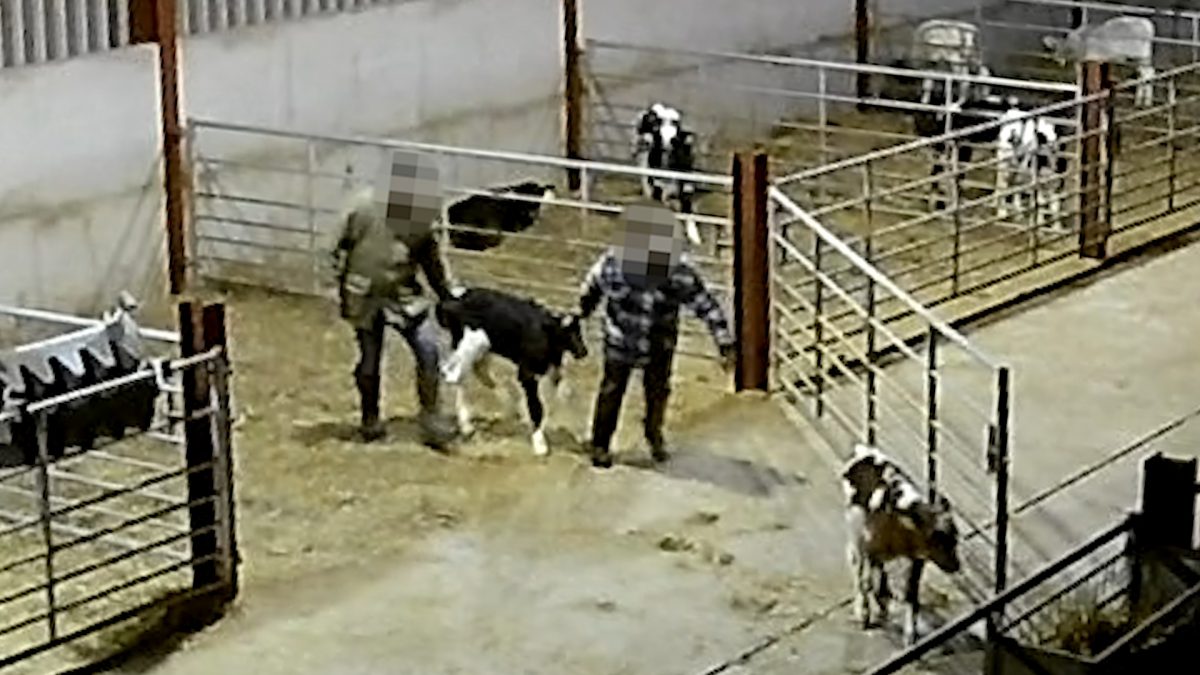 Calves at Oaklands were not only subjected to abuse, but also starved of food for over 21 hours. No water was provided for unweaned calves at any time during filming. This is not just a breach in legislation, but also ethically unsound. Calves would naturally be fed by their mothers continuously throughout the day. Molly Vasanthakumar states “leaving young animals with insufficient feed and water not only breaches legislation, but impacts the welfare of these calves.” Calves circled in pens crying out. Some appeared not to know how to use feeders and were subjected to rough handling by a worker who shouted and swore at the animals. One was hurled across a pen and kicked in the head.

Animal Justice Project approached all major supermarkets and milk processors to determine whether their policies prevent calves from being sent to the slaughterhouse and found many do not cover “onward trade” of calves from dairy farms. Seven of the supermarkets – Sainsbury’s, Waitrose, ASDA, Morrisons, Marks & Spencers, Tesco and Co-Op – responded. Four of the supermarkets – Co-Op, Tesco, Sainsbury’s and Asda appear to allow the onward trade of bull calves from dairies, as well as Red Tractor and all three milk producers contacted – Arla, Müller, Saputo (which also still continues to allow bull calf shooting) and Meadow Foods. 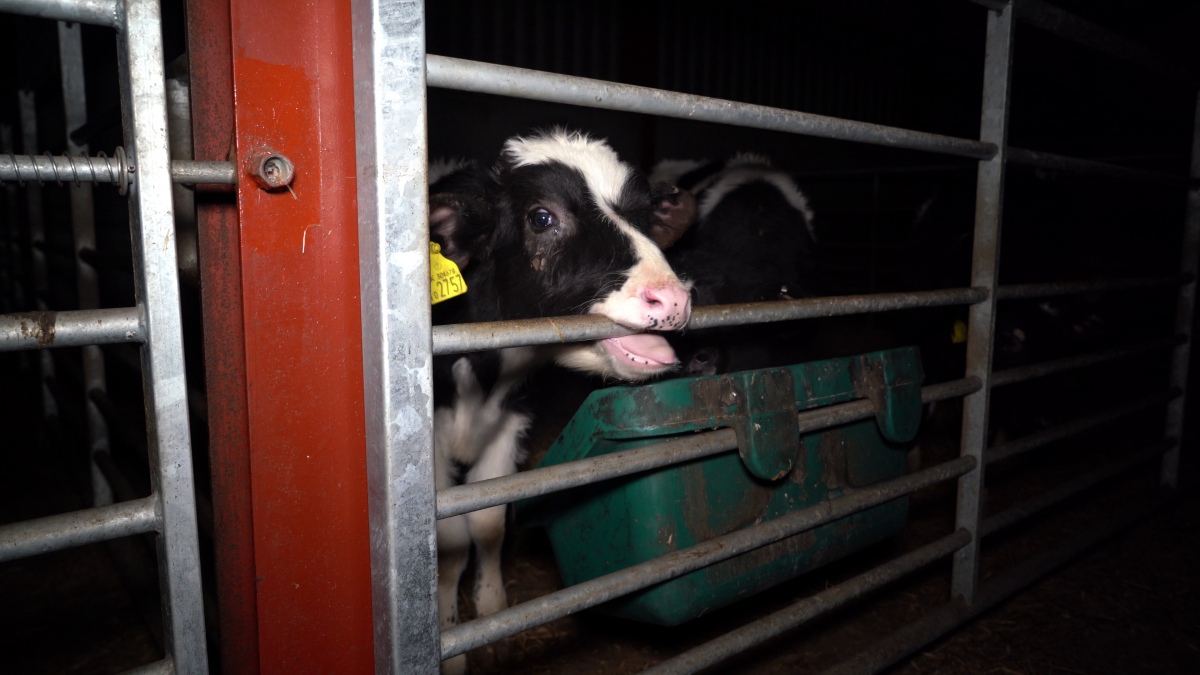 Sainsbury’s stated to Animal Justice Project that farmers “mustn’t knowingly sell calves to buyers for slaughter.” And yet during filming calves were being picked up from Sainsbury’s – supplying farms by a dealer subjecting calves to abuse and who regularly visits the slaughterhouse. Müller told Animal Justice Project that it doesn’t prohibit “the sale of bull calves by dairy farmers” who supply them and Tesco openly admits that their bull calf policy doesn’t cover “onward trade” from dairies. Grosvenor Farms – a mega-dairy supplying Tesco via Müller – was documented also having calves killed at the same slaughterhouse. 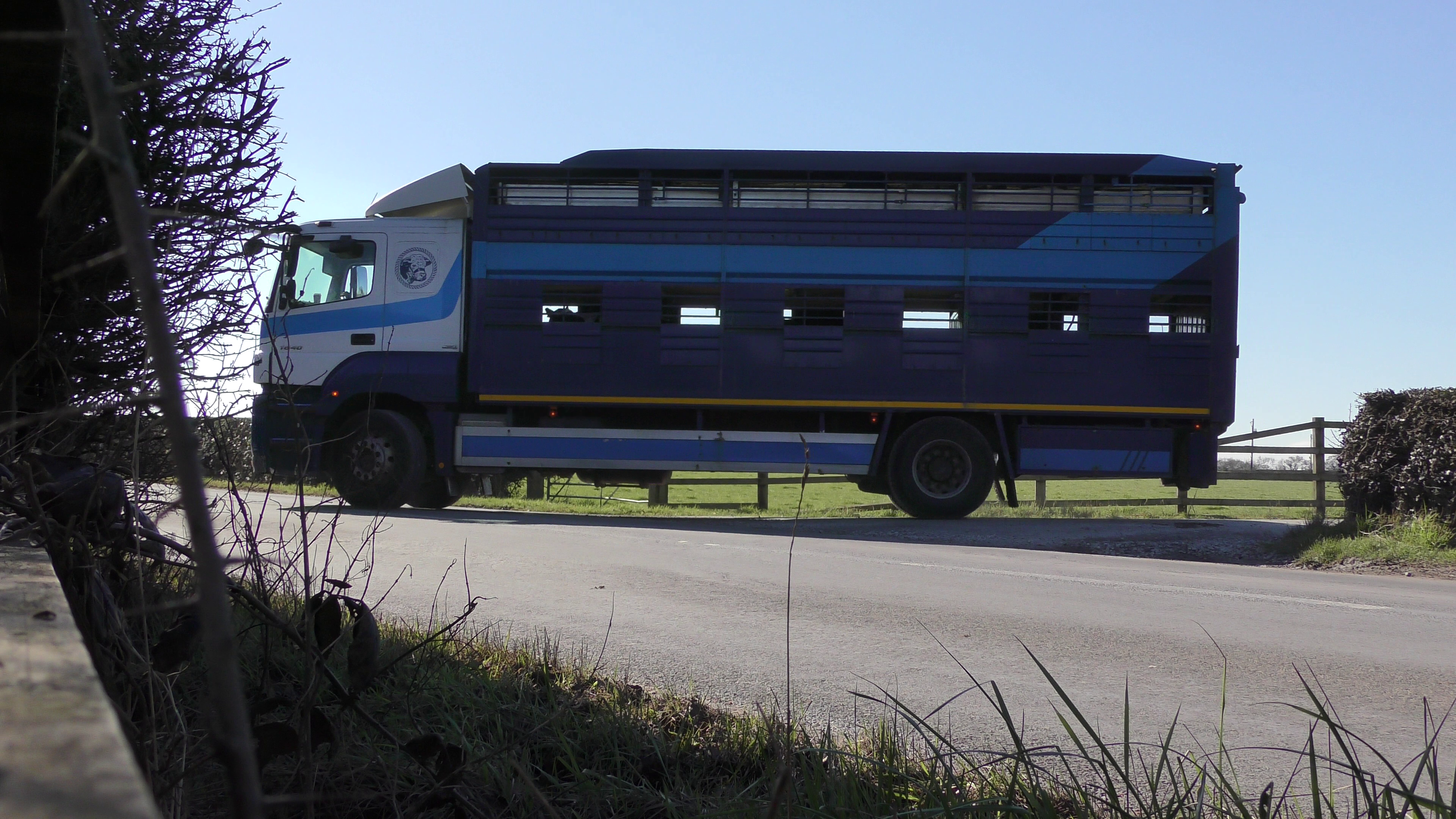 Arla, with around 2,500 dairy farmers and used by both Asda and Morrisons for 100% of their milk did not respond. Their “360 Standards” bull calf policy however means the fate of calves over eight weeks old hangs in the balance. Asda admits that after 8 weeks, “dairy bulls can either be marketed.”

Animal Justice Project’s shocking and unique investigation calls into question the compliance of welfare laws that farmers are required to follow. It reveals the flaws in public-appeasing policies set out to supposedly safeguard bull calves, and it shows the sad reality for thousands of calves each year, labelled as “surplus.” From dairy farm to the slaughterhouse. Ultimately, the solution to the bull calf problem is a much simpler one in the hands of the consumer. By choosing plant-based milk and non-dairy products in the supermarket, we are literally saving calves from a horrible fate, and the tragic cycle of exploitation that is so intrinsic within the dairy industry, will end. Dairy Still Kills.