Investigation Reveals the Cruelty That Goes Into a Glass of Milk 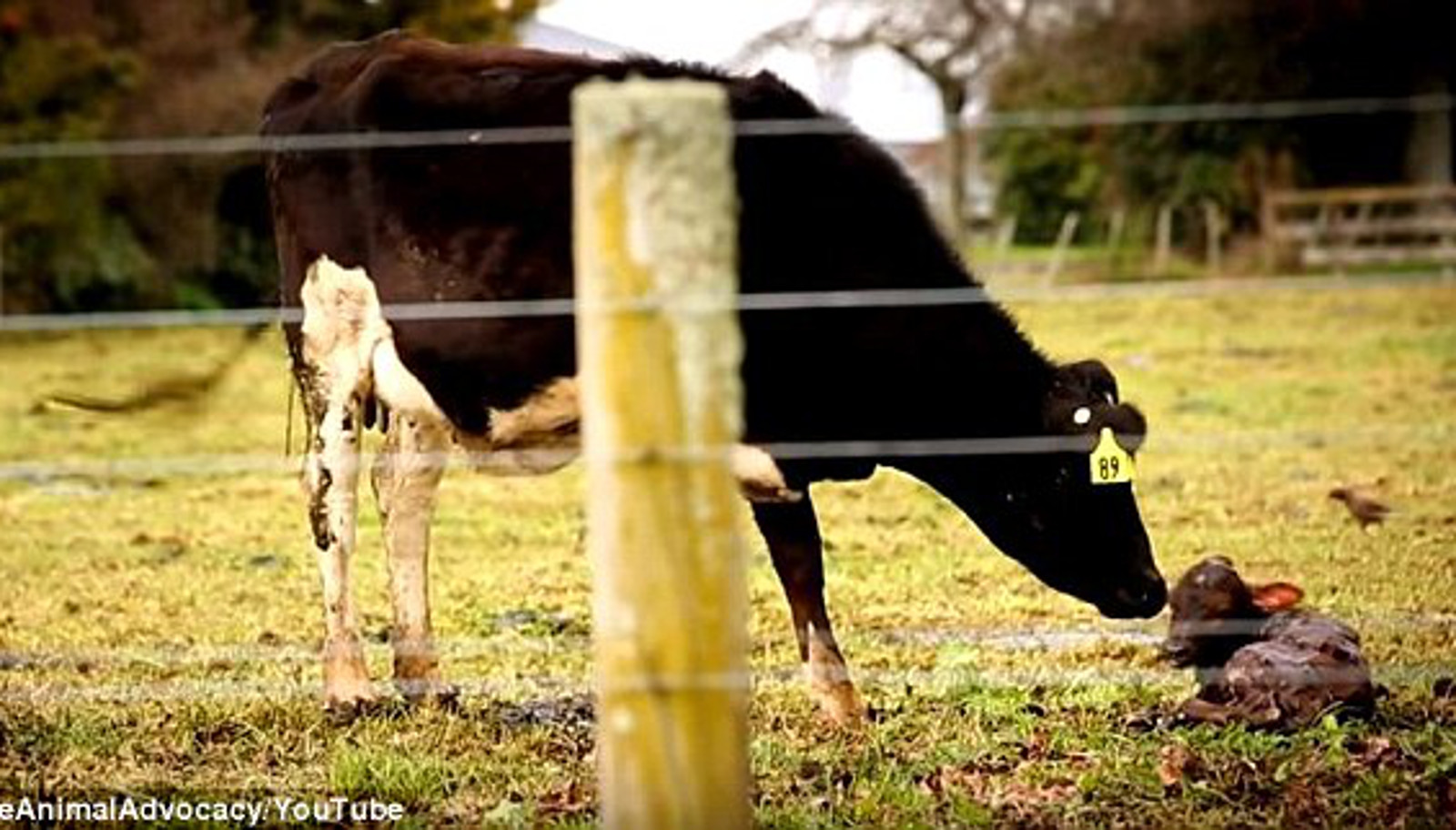 Surfacing reports of animal cruelty are increasingly making consumers question their everyday food choices. But while most people state how easy it would be for them to stop eating meat, they still don’t feel they can “give up” cheese. Why would they? Animals aren’t killed in dairy production and cows need to be milked anyway, right? Wrong! There is unimaginable cruelty in each glass of milk and each slab of cheese, despite the dairy industry working hard to make consumers think otherwise.

In nature, calves stay with their mothers for two years, suckling five to eight times a day for the first few weeks, forming lasting maternal bonds. However, in the dairy industry, cows are routinely impregnated through metal tubes. After giving birth, each and every one of their calves is taken away within as little as a few hours or up to just a few days after birth.

The condition and treatment of the calves is horrifying, as a recent investigation into the dairy industry by New Zealand groups Farmwatch and SAFE reveals. Footage collected from 12 farms and a slaughterhouse documented the miserable lives of these poor animals from the time they born to the day they are slaughtered, exposing the tremendous cruelty that’s behind every glass of milk.

What Happens to The Calves?

In New Zealand alone, two million unwanted calves are killed annually. The investigation showed two helpless calves being dragged by their legs across a blood-soaked floor. They had been brutally kicked and slaughtered by being clubbed on the head with a hammer and stabbed in the neck. Another calf was still writhing in agony after being hit and stabbed.

Calves are intelligent sentient creatures who can feel the joy and pain. But to the dairy industry, they are mere products. The females will suffer the same miserable lives as their mothers. The males are of no use to the dairy industry and will be discarded and destroyed as a superfluous by-product. These babies, torn from their mothers and slaughtered by millions to fuel our dairy consumption are known as bobby calves. Globally, the dairy industry is responsible for the slaughter of 21 million calves per year.

Miles Hurrel, the spokesperson for New Zealand’s multinational dairy firm Fonterra, attempted to dismiss the horrific footage by claiming that the cruel practices recorded were only true of a “very small minority” of the industry. Unfortunately, this isn’t the case. Brutal mistreatment of calves is commonplace in dairy production, and these deliberate acts of violent abuse towards helpless baby animals are just one instance of the industry’s inherent cruelty.

As SAFE executive director Hans Kriek puts it, “bobby calves are basically regarded as trash… They are just waste products of the industry and are treated accordingly. These animals pay a heavy price for our insatiable appetite for dairy.”

Calves pay the ultimate price in the dairy industry.

The revelations in this investigation bring to light the disturbing reality of the dairy industry, reminding consumers of the silent victims of their cheese-eating habits. This is the harsh truth of dairy production, and unfortunately, whether in a factory farm or on an organic, free-range, grass-fed farm, dairy calves are routinely torn away from their mothers and sent to slaughter.

If you are appalled by the dairy industry’s treatment of bobby calves, don’t be an accomplice to their suffering.  We can all help these animals by refusing to support this industry. Moreover, it’s made wonderfully easy by the wealth of dairy-free milks, cheeses, yogurts, and ice-creams available.