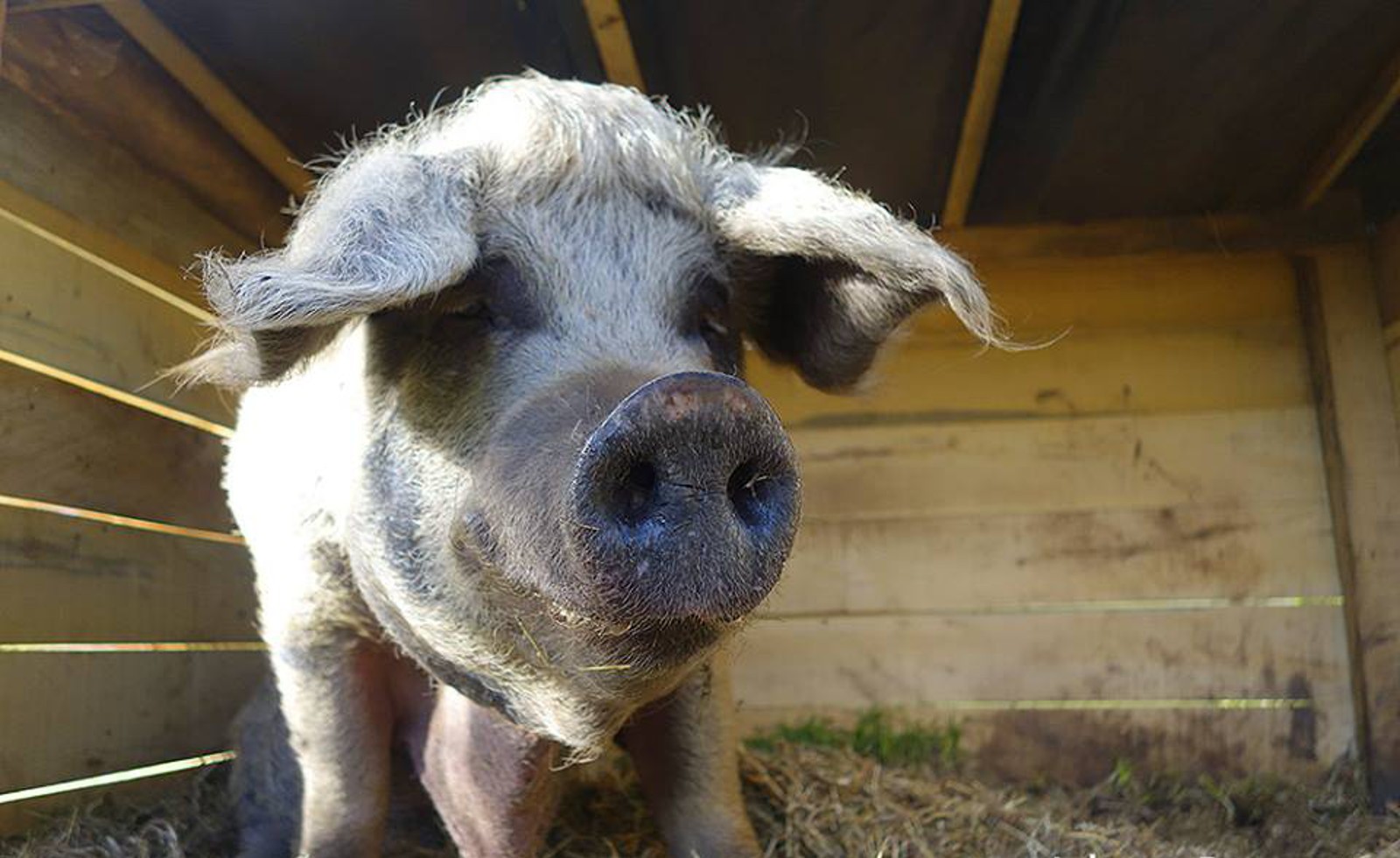 In a world where the lives of animals are nearly always considered to be unimportant and disposable, it is almost miraculous that so many humans out there are beginning to say “no” to that concept, and do whatever they can to provide animals with the care and consideration that they need.

Some of the lessons that animal sanctuaries can teach us include: we are not the only species on this Earth deserving of love and respect; other animals have thoughts, feelings, and desires of their own – which deserve to be acknowledged, even if we cannot fully understand them; and their right to life should supersede any “services” that we believe they should perform for us. The continued presence of these places, where threatened, neglected, or abused animals can live in peace, is vitally important.

However, a significant number of these places are struggling to keep performing their incredible work. With this mind, we decided to profile a selection of awe-inspiring sanctuaries that are sadly hovering on the brink of closure, and provide more detail as to how you can help them. 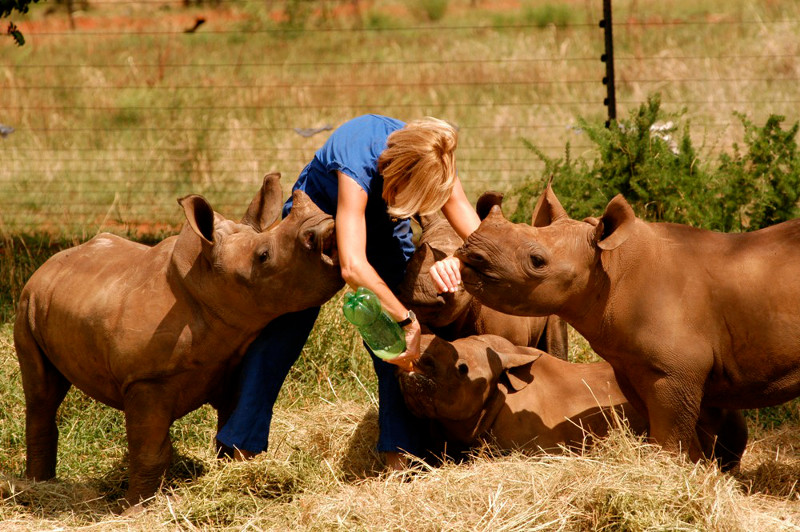 SanWild is an incredible organization which cares for big cats rescued from the canned hunting industry, in addition to combating illegal wildlife poaching, engaging in life-saving wildlife rehabilitation work, and operating a dedicated rhino sanctuary. Founder Louise Joubert was inspired to establish SanWild after she became “increasingly empathetic to the animals caught up in South Africa’s wildlife industry,” and decided to dedicate the rest of her life to advocating on these animals’ behalf.

Sadly, SanWild has been threatened by the prospect of closure on a number of occasions. Last year, Joubert warned that unless long-term sponsorship could be found, the “very harsh reality” of closure could be imminent. It has weathered many storms but is now struggling to cope once again after being hit by one of the worst droughts it has seen in many years.

On Facebook, the organization said the current dry spell has been “the worst since the inception of our trust in 2000. We are desperate to find sufficient funding to ensure we can provide a little bit of a helping hand for our animals and prevent them from starving until the first rains arrive around mid-December. We are doing what we can, but we simply do not have sufficient funding to provide the animals with what they need. As they are living inside an area fenced off for their protection they have nowhere else to turn for food. As one drives through the reserve wild animals run after our vehicle in order to get a bit of what we can afford to provide. The situation is dire and we are all suffering emotionally but for the sake of those that really need us, we need to be strong and need to continue to knock on all doors to get them the help they need to survive.”

You can help SanWild at this critical time by making a donation through their website. 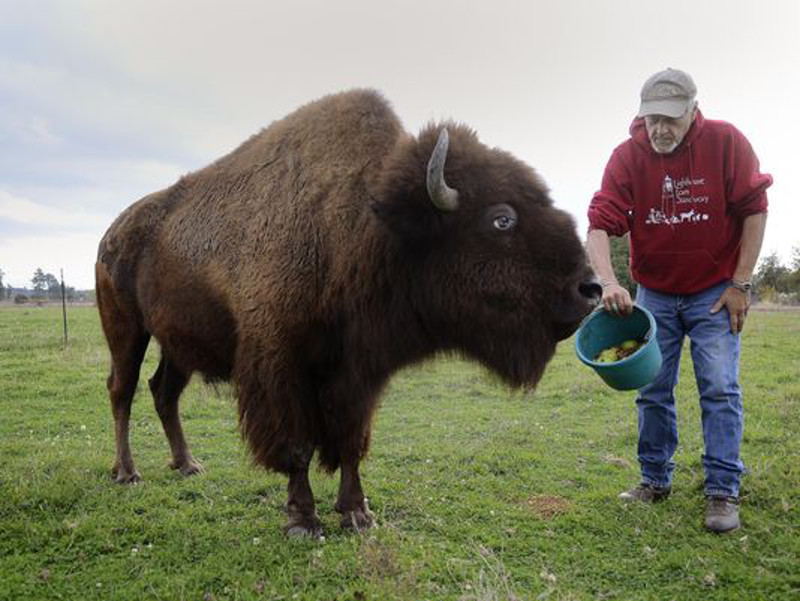 The Lighthouse Farm Sanctuary – named in honor of a local beacon on Oregon’s Yaquina Head which has “guided those in need to protection and safe harbor” since 1872 – aims to “guide animals in need to the safety of calm waters.” Its residents include over 100 cows, goats, chickens, turkeys, pigs, llamas, rabbits, horses, and geese.

One of their recent rescues, a sweet white-and-brown rabbit named Popeye, came to Lighthouse with a severe eye injury that required surgical treatment. During his time with the staff and volunteers of the sanctuary, Popeye learned how to “warm up to human affection and even seem(ed) not to mind receiving meeds while snuggled on a loving lap.” After undergoing surgery to help fix his eye, and being neutered, he was at last ready to go to “his new forever home!”

The Lighthouse team consider their residents to be friends: “They light up our day, strengthen our resolve and fill a spiritual space with love, acceptance, trust and calm. We could learn a lot from their acceptance of each other – they don’t seem to mind what color someone’s hair is or the size of their waist or the language they speak. When it comes to nap time it’s one big snugglefest!”

In July, we reported on this organization’s efforts to tackle a crippling debt problem that has sadly been creeping up on them over time. Paula Fordham, Lighthouse treasurer, said of their financial situation, “I want the public to know that … we’re all committed to the sanctuary’s success. All of us have used our own money to pay for veterinary care for some of these animals.” The dedicated Lighthouse team have set up a YouCaring campaign page to help save the sanctuary, which has attracted $27,151 in donations at the time of writing. Their total  fundraising goal is $325,000. You can also donate directly to their website, or apply to work as a volunteer. 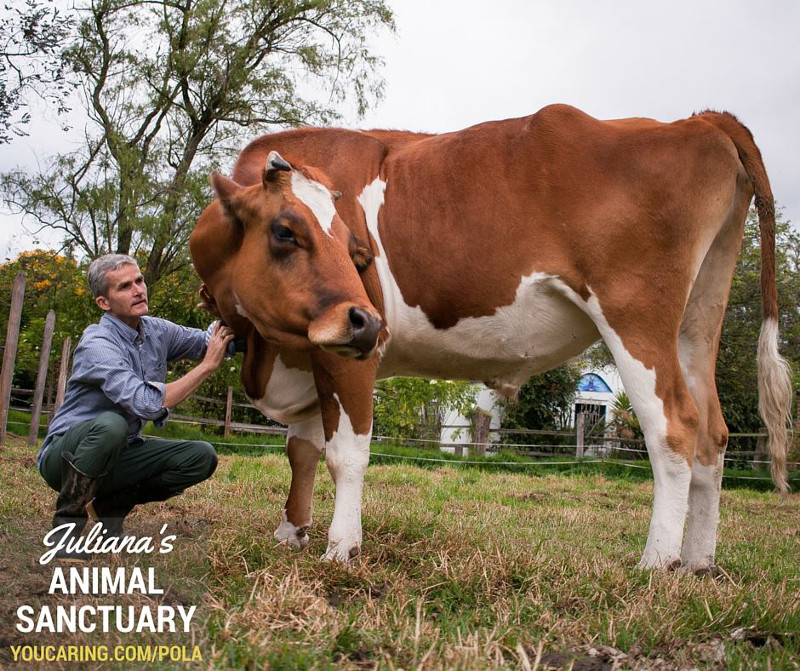 Juliana’s Animal Sanctuary, located in the Andes mountains, is the first farm animal refuge of its kind in Colombia, and one of only two such sanctuaries in South America. It is also the ONLY sanctuary in South America that protects cows, in a continent famed for “its rearing of cattle to support the expanding burger industries in the United States, China and Europe.” It was founded in 2009, “with a desire to protect one of the most abused animals in the world: cows.”

Future plans include the sponsoring of a mass trap-neuter-return program for the estimated 350,000 street dogs of Bogotà, along with various education and reconnection programs for schoolchildren to bring about a change in their perception of farm animals. Through their new Lunes Sin Carne website, they hope to start running vegan cooking classes and educate the public about the benefits of a plant-based diet.

Juliana’s Farm Sanctuary does not receive any government funding. Unfortunately, the prevalence of poverty and social problems in the country (up to 50 percent of Colombian people are believed to live below the poverty line) has limited many animal-loving Colombians’ ability to help the sanctuary. Earlier this year, founder Juliana Castaneda Turner told One Green Planet, “I’ve been working alone the last nine years trying to support my project, and at most I would receive on average about $25 in donations from Colombians. It’s not that people don’t care about animals, many do, but their focus is on more critical things like putting food on the table and paying their bills.”

A YouCaring campaign page – called Help Pola the Pig to Save Colombia’s Only Animal Sanctuary, in reference to one of its adorable residents, Pola the Freedom-Fighting Pig – has currently raised $8,067 out of its $25,000 goal. A recent update to the page reminded all potential donors that “every dollar counts. Even $5 goes a long way in this country. We are getting closer and closer to our goal.” You can choose to donate to this trail-blazing organization through the YouCaring page or their website. Alternatively, why not become a member, or even volunteer? 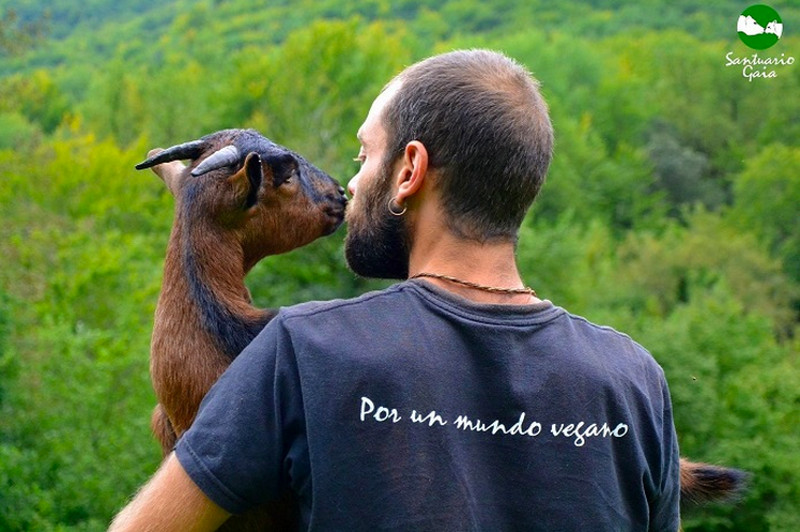 In February, we profiled the amazing Santuario Gaia, a Spanish farm animal sanctuary working to change popular perceptions of farm animals by showing people what unique individuals they really are. Co-founder Coque Fernández explained, “The peacefulness of the place is ideal for the nonhuman animals who arrive here, most of them in a terrible state, both physical and emotional. It helps them to recover faster and provides them with a home to live in peace and harmony.”

Unfortunately, the sanctuary has lost its original home … but Fernandéz and the rest of the team are now seeking to start afresh on a different piece of land. They have stated on their new YouCaring page, Help Us Build the New Santuario Gaia: “Santuario Gaia is a shelter for so-considered farm animals. A place where those have suffered exploitation, abuse and neglect, receive the necessary life-long care to spend with dignity the rest of their natural days. Until now, the sanctuary has been situated in Ogassa (Girona, Spain) on a privileged spot, surrounded by forests, rivers and mountains, but unfortunately we lost this place and we’ve been through a very difficult time. However, the sun always comes up after the storm and today a new era has started for the sanctuary as we are moving to a new place. Now we, and the animals at the sanctuary, need your support more than ever.”

As you can tell, the Gaia team are not about to give up on the 260 animals who depend on their care without a fight. To help them with their goal of rebuild a new home, why not donate through their YouCaring page or their website? You can also apply to be a part-time or full-time volunteer.

There is no doubt about it … attempting to run and finance an animal sanctuary, in a world where most people only value animals as commodities, can be incredibly difficult. As animal lovers, one of the most important things we can do for them is to raise awareness of their plight in any way that we can, and support all those who have the courage to speak out and work tirelessly on their behalf. Share this article to spread awareness of these awesome sanctuaries’ work, and be sure to support any other amazing rescue organizations whose mission is close to your heart!