Colombia’s First Animal Sanctuary: Making a Difference in the Most Unlikely Place

People all over the world are starting to realize that they have more in common with animals than they ever thought. It is thanks to kind people like Juliana Castaneda Turner, founder of Colombia’s first farm animal sanctuary, that these changes are being made.

Though Colombia may not be the easiest country to start an animal sanctuary, Castaneda is taking the plight of farmed animals into her own hands and is determined to save as many animals as possible while educating her country.

With the slogan, “Paramatma: Spiritual Equality for all Beings,” Juliana’s Animal Sanctuary is working hard to share the message that all beings should be treated like our brothers and sisters, and step by step, she is achieving this goal.

Creating a Sanctuary in Colombia

Recently, Colombia has been in the news for many unfortunate reasons. The country’s poverty and location make it a perfect spot for crime associated with drug cartels and, as a result, the U.S. government regularly releases travel warnings on this country. According to Castaneda, there are also many social problems including, Guerrilla warfare and a weak economy. With the majority of the population living on only eight dollars a day, animal welfare is not exactly a high social priority.

“Most people are just trying to survive,” Castaneda tells One Green Planet. Despite this, there are kind people like Castaneda, working for animal rights, but their impact is small. The influence individuals have on government is practically zero, so all efforts to improve the lives of animals has to be done on a grassroots level. 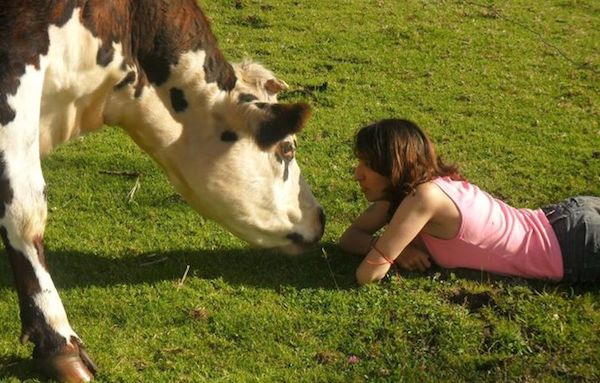 “I’ve been working alone the last nine years trying to support my project, and at most I would receive on average about $25 in donations from Colombians,” says Castaneda. “It’s not that people don’t care about animals, many do, but their focus is on more critical things like putting food on the table and paying their bills.”

Tough economic times didn’t scare away this animal activist, though. She has dedicated her entire life to saving animals and spreading awareness. Starting at only 11 years old, Castaneda began saving money to open her own sanctuary and at 26, she was able to purchase a small plot of land with help from the bank. In 2009, her sanctuary officially opened with nine dogs, one cow and baby calf, and a horse. 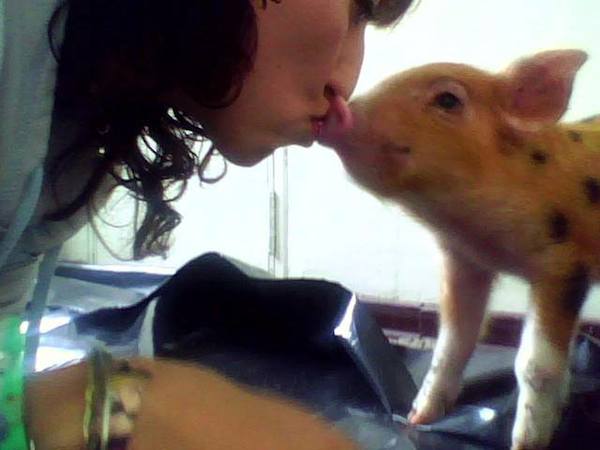 “Of course I now realized I cannot save all the animals in the world, but by saving at least a few, I could set an example and educate the public,” says Castaneda.

Today, her sanctuary, located in the Andes mountains, is the only one in Colombia and one of the two animal sanctuaries in South America. In the past six years, it has grown a great deal and is now home to 34 animals. In addition to her original 12 animal, she also cares for rabbits, rats, cats, birds and more.

Animal welfare is definitely not a priority in Colombia, and animal protection legislation is incredibly weak. Though there are some animal welfare laws in place, they are rarely followed and enforced. Juliana’s Animal Sanctuary is integral in changing these practices and the outlook this country currently holds on animals. 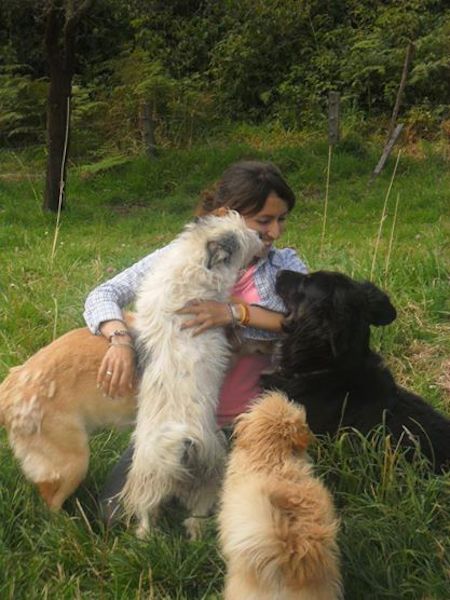 This past year, Juliana’s Animal Sanctuary was in danger of closing its doors. After losing a long legal battle for the property, the situation for Juliana and her animals looked grim. With the help of people from across the globe, though, she was able to rent another property and save her organization.

“I feel that education is the way forward,” says Castaneda. “People just need to be enlightened and I am sure that things will change.”

Currently, Juliana’s Animal Sanctuary is run completely on her salary and donations from animal lovers outside of Colombia. Aside from running her amazing Sanctuary, Castaneda has written the first vegan cookbook in Colombia. She has a vegan catering business as well as a natural healing business, and she holds vegan cooking workshops. Almost all her profits, though, go back to these lucky animals. 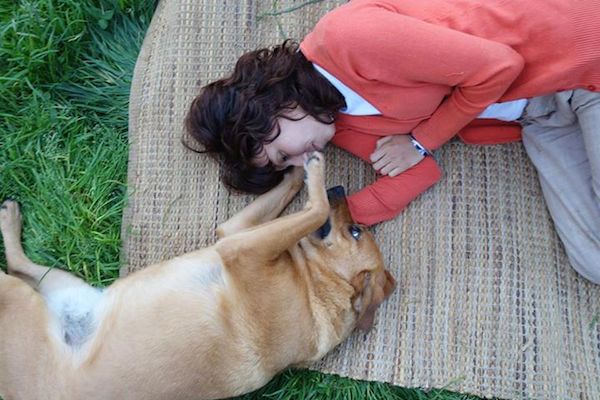 “My next plan is to buy this new property, plus a little extra land, and save a few more animals,” says Castaneda. “I want to show people how each animal is an individual with a unique personality. This is something that most people don’t attach to farm animals like cows, horses and pigs. I know that saving a few animals is not going to solve the problem of animal abuse and discrimination, but I can’t save all the animals in the world, so the only solution is to make the world one big sanctuary.”

Education is becoming a larger and larger priority for Castaneda and her sanctuary. She has started conducting school education programs and is hoping to set an example through her sanctuary. She believes that by bringing people to meet the animals they would normally consider food, she can inspire everyone to make a change. 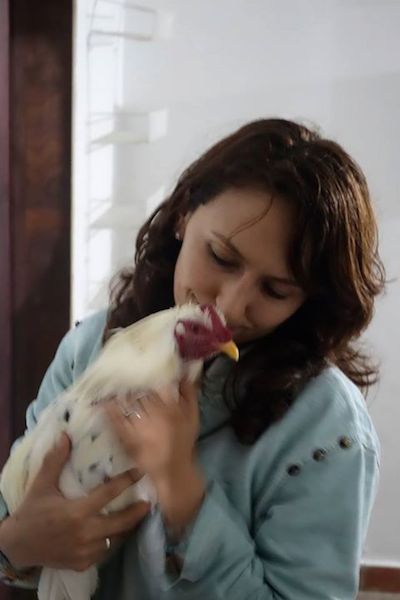 “I want to reconnect people with animals. I want people to visit our farm and play with my bull, hug my horse and start to see animals as spiritually equally to humans,” says Casteneda, “They may have a different body but as souls we are family. If I am able to get the funding, my plan is to invite school children to spend a day on our farm and share a vegan lunch.”

Juliana’s Animal Sanctuary welcomes volunteers from all over the world. Castaneda tells One Green Planet that her sanctuary has a nice guestroom and, of course, she provides excellent vegan food for anyone who wants to make the trip.

But if making a trip to Colombia isn’t in the cards for you, there are ways to help from afar as well. Castaneda always needs help with her translations from Spanish to English. She is currently looking for help with her website, social media pages and developing educational materials suitable for Colombians. 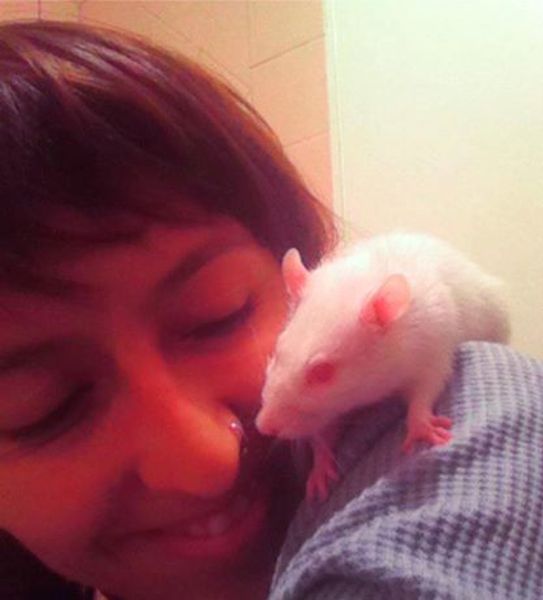 “My hope is that for Valentine’s Day people will choose to share the love with us and help us to do more for animals,” says Castaneda. “Valentines day is actually the birthday of the principal founders of this project, my dog Milk, and myself.”

If you would like more information on volunteering, donating, you can visit Juliana’s Animal Sanctuary’s website here.

“I am a human with two legs while many animals have four legs or none,” says Castaneda. “But we all want peace and happiness, and we all love the opportunity of life and desire to enjoy each and every second of it.”