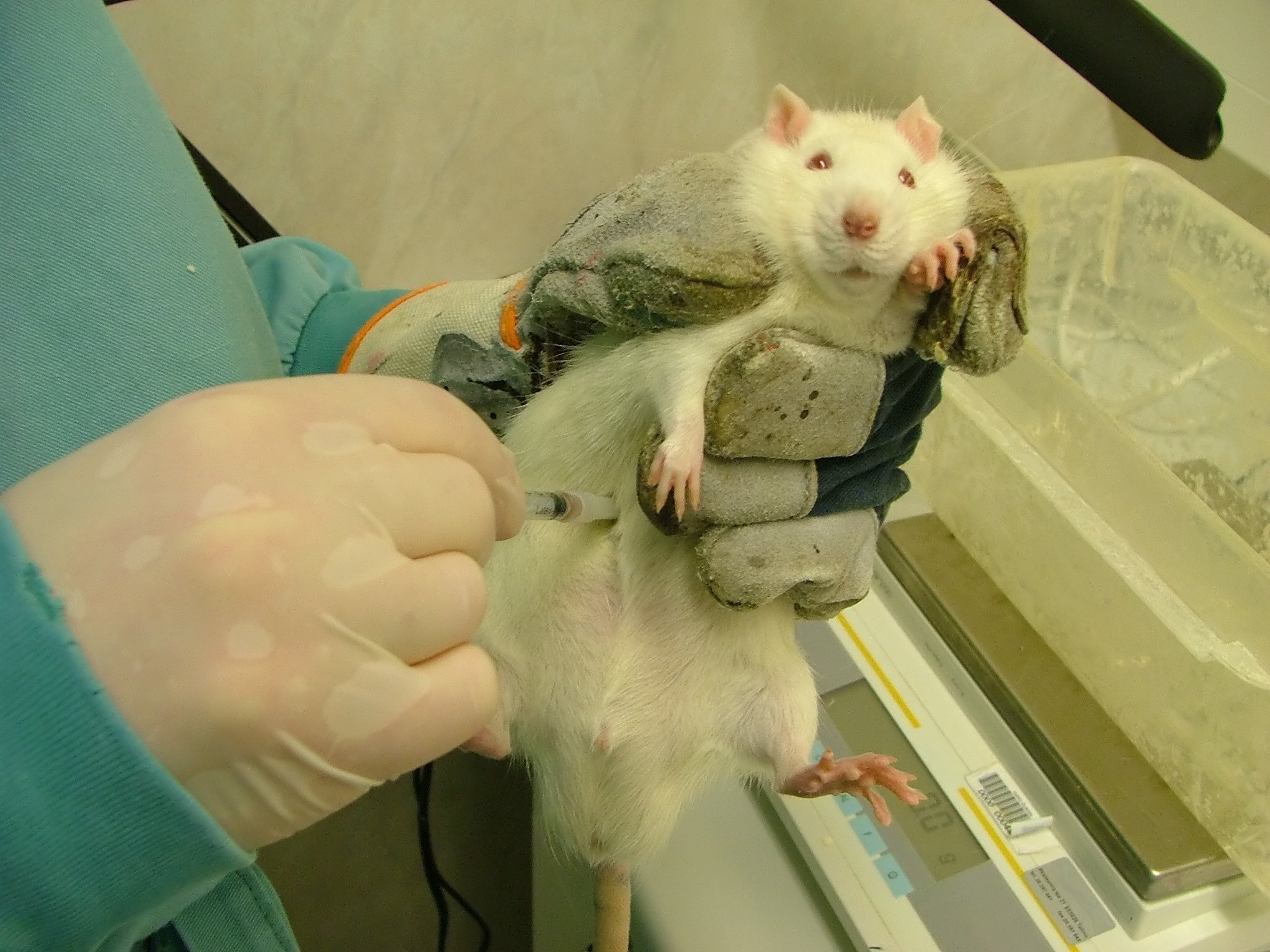 Every year, hundreds of millions of animals, including dogs, cats, horses, monkeys, rabbits, mice, and rats, live in factory farm conditions and endure pain and suffering in laboratory experiments.

In one lab, investigated by ADI, stress alone of being strapped into restraint chairs before tests caused monkeys to rectally prolapse.  ADI exposed labs where rats were pushed into tubes and forced to inhale paint until they suffocated. At another lab, monkeys had holes drilled in their skulls and bolts, electrodes, and metal plates screwed into them. In many countries, including the US and China, cosmetics tests on animals are still permitted.

But as well as being cruel, animal testing is fundamentally flawed, due to species differences – the way that animal species are physiologically different and respond in different ways substances. Substances that are safe in monkeys or mice can be lethal to humans.

Here are seven times when animal testing has led to confusion and failure:

An anti-inflammatory drug, used to treat pain from arthritis, had been tested safe at least eight different animal studies, with species including African green monkeys.  But the effects in humans were catastrophic, causing a huge number of cardiovascular problems. It has been reported that 88-140,000 extra heart attacks may have been caused by Vioxx in the five years following its introduction.   None of these effects were seen in animals. Vioxx is estimated to have killed 60,000 people.

Tamoxifen is one of the oldest and most prescribed breast cancer drugs.  But it was originally patented as an oral contraceptive – which it is in rats. Unfortunately, in women it has completely the opposite effect, actually making them more fertile!  Today it is used as hormone therapy in breast cancer patients, acting as an anti-oestrogen, intercepting the hormone before it reaches its active site to promote cancer growth. In mice – the most commonly used animal in cancer research – Tamoxifen has the opposite effect behaving as an oestrogen. In experiments on rats, it has caused liver cancer! Despite all of this confusion, human clinical studies ensured its successful use in humans.

Animal experiments took place as long ago as the 1600s, but led to blood transfusions from animals to people and deaths of recipients. Test tube methods, however, discovered that blood took up oxygen and identified certain salts that could prevent clotting. The 19th century saw animal experiments spreading more confusion, including the that the addition of sodium citrate to prevent clotting was unsafe. Years later, in 1914, clinical researchers studying human blood in the test tube revealed this to be false, laying the foundations of the modern blood bank. While animal experiments had made blood transfusions appear lethal, it was the clinical discovery of the blood groups that made it safe.  All of the key discoveries were made either in clinical studies or using test tube methods and blood transfusions have gone on to save millions of lives.

A clinical trial for a new Hepatitis B vaccine ended in tragedy when patients developed severe toxicity, with five people out of the 15 in the trial dying. Two others were likely saved only by having liver transplants. The vaccine was tested on dogs, rats, and monkeys, who did not suffer any similar effects.

The heart drug Eraldin was thoroughly studied in animals and satisfied the regulatory authorities’ requirements. However, when humans began taking the drug, thousands became seriously ill, experiencing severe effects such as growths, stomach troubles, joint pain, and even blindness. None of these effects were detected in the animal trials. The drug ended up being withdrawn from the market.

Avandia, a diabetes drug, was suspended across Europe after data showed that its benefits no longer outweighed the risks. About 90,000 patients in Britain alone had been taking the drug, but there has been growing evidence of an increased risk of heart attack or stroke. These effects were not shown when Avandia was tested on rats – in fact, it had the opposite effect, protecting their hearts from damage.

TGN1412 was an experimental drug that caused human volunteers to suffer serious, permanent, and life-threatening damage within two hours of taking it. Prior to the human trials, the drug was tested in monkeys at 500 times the human dose; the monkeys did not experience the side effects suffered by the humans. Several studies regarding TGN1412 have highlighted the crucial differences between the human and monkey immune systems.

Ethical Alternatives Are the Way To Go

Animal experimenters try to lay claim to almost every medical advance, yet animal research represents on a fraction of medical research, and there is a long history of clinical medical discoveries without animal experiments, including life-saving drugs, surgical techniques, and causes of disease – studying people, their environment and lifestyle, showed the breakthrough links between smoking and cancer, and causes of heart disease.

Animal testing is an unreliable and misleading way to predict outcomes in human beings.  There are numerous alternatives available, that provide data of direct relevance to our species, including human tissue models, bioprinting 3D organ models, using computer modeling, and, of course, using modern imaging and other techniques to study human patients.