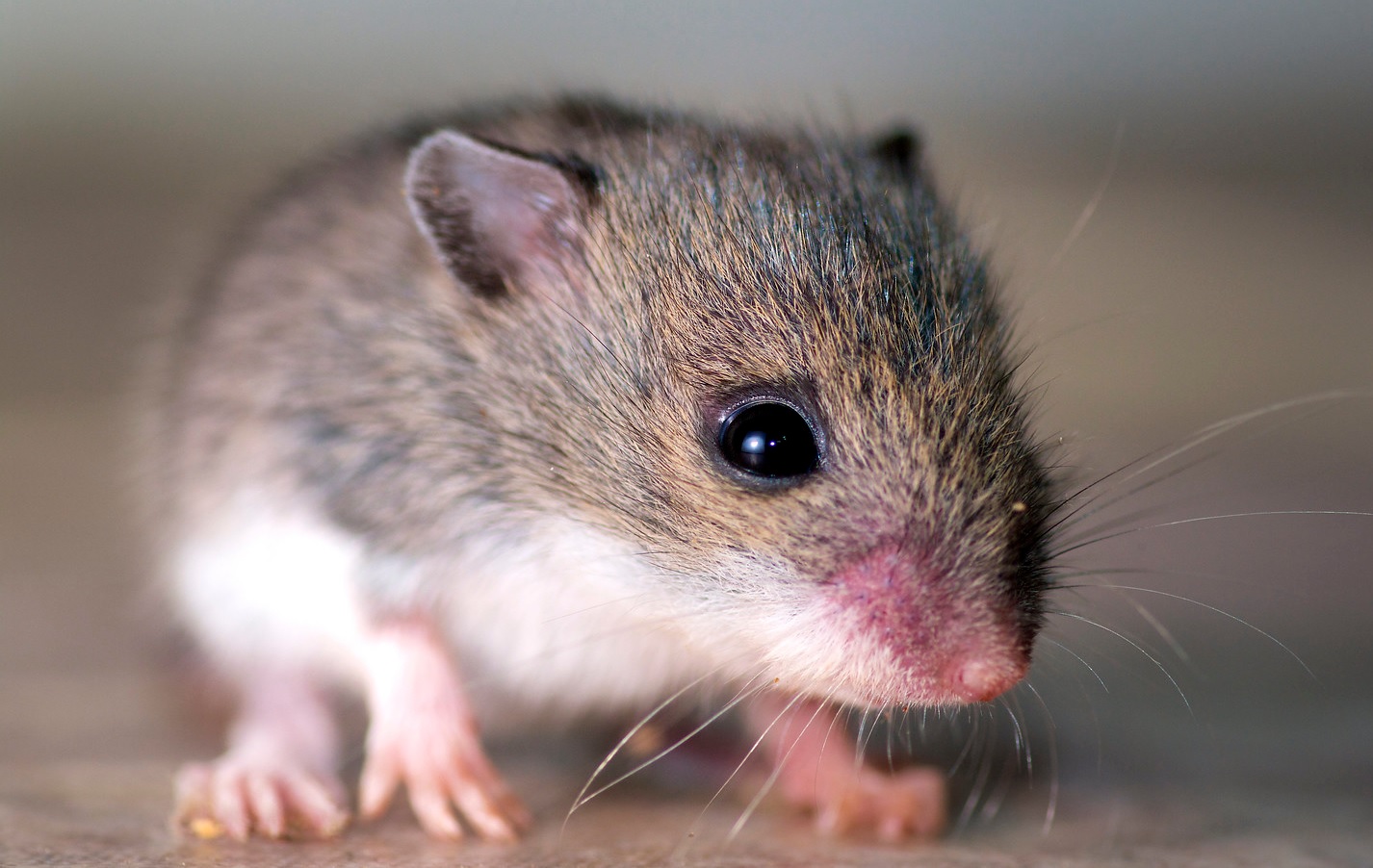 Disturbing undercover footage from a Spanish research facility that tests on non-human animals came to light in April. Cruelty Free International (CFI) published the footage recorded at Madrid-based Vivotecnia. It showed numerous cases of apparent cruelty, some of which may have fallen foul of the law. EU law dictates that research facilities must choose methods of testing that cause the least amount of pain and suffering. Yet CFI recorded Vivotecnia staff, for example, drawing blood out of the eyes of conscious rats. CFI said the procedure should happen under anesthesia. Previous CFI investigations have shown “barbaric” mistreatment at other labs in the EU too.

These horrendous findings shine a light on a practice that subjects millions of living beings to suffer each year. CFI previously estimated that people used almost 200 million other animals for scientific purposes globally in 2015. The exact purpose of testing varies widely. Numerous public and private entities, from pharmaceutical and cosmetic companies to militaries and national space agencies, utilize animal testing.

Increasingly, however, researchers are exploring alternatives to such testing. Here are 10 groundbreaking examples.

The German Centre for the Protection of Laboratory Animals (Bf3R), which is part of the German Federal Institute for Risk Assessment (BfR), has developed a test to identify the effect of hormone-like substances on human cells. There are many chemicals that can disrupt or interfere with the human body’s hormones – the endocrine system – and cause health problems. These are known as endocrine disruptors. As standard, researchers test such substances on living organisms. But Bf3R’s E-Morph test utilizes cultured human cells, microscopy, and artificial intelligence instead. In particular, the test can identify substances that have estrogen-like or opposing effects. BfR president Prof Dr. Andreas Hensel said “E-Morph is a milestone on the way to, one day, replacing animal experiments currently required to detect hormone-like effects.”

Boston University’s Department of Biomedical Engineering and Harvard’s Wyss Institute have created a model for the study of wound healing in humans without the use of other animals. As Citizens for Alternatives to Animal Research (CAARE) pointed out, researchers often carry out “painful and expensive procedures” on mice, rats, dogs, pigs, and sheep to study wound healing in humans. That’s despite there being “key differences between the way wounds heal” in humans and other animals, CAARE said. But Boston University and the Wyss Institute used human cells – fibroblasts and endothelial cells – that are known for wound healing to create tissue they could utilize in their study instead.

The Technical University of Denmark has developed a way to identify chemicals, particularly in relation to pesticides, that have a negative impact on men’s reproductive health. The novel approach by researchers at the university’s National Food Institute involves in vitro methods and computational models. In vitro tests use cells, organs or tissues, rather than living organisms. Medical Xpress reported that the researchers did additional tests on animals in laboratories to “validate” and “increase confidence” in the novel method. It said there was a “surprisingly good correlation” between the two tests.

UK-based laboratory XCellR8 lays claim to pioneering “the first truly animal-free preliminary screen for human acute oral toxicity.” Its AcutoX test is a human cell-based method involving human dermal fibroblasts. It assesses cell membrane damage from oral toxicity “as an end point.” Being cell-based, it’s another in vitro test, as opposed to an in vivo test, which would involve living organisms. As XCellR8 pointed out in 2020, there is a traditional “six-pack” of tests for acute toxicity. These are skin, oral and inhalation exposure, eye and skin irritation, and skin sensitivity. The laboratory said some of these tests still require researchers to use living organisms but that it is committed to building further on its research in this area.

Swansea Medicine’s In vitro toxicology group (IVTG) has developed a cell-based test for detecting whether chemicals can cause cancer. In Europe, researchers often test such potentially carcinogenic chemicals on rodents. But IVTG created an in-vitro model for testing which coupled together “multiple human cell abnormalities that are known to be important in cancer development.” Crucially, researchers can use it to detect both genotoxic and non-genotoxic carcinogens. Genotoxicity refers to a chemical’s ability to damage cell DNA, which is how most carcinogens cause cancer. Some carcinogens don’t induce cancer this way though, they do so through what IVTG calls “indirect routes.” As the group pointed out, there are already cell-based genotoxicity tests for carcinogens, with part of the “the continued reliance on animal testing” in this area of research relating to non-genotoxic carcinogens. So IVTG’s cell-based test could move the field closer to not using living organisms at all.

Dr. Mukund Chorghade detailed an in-vitro technology known as the “chemosynthetic liver” in 2014. Researchers claim the technology has the potential to replace humans’ use of other animals in testing drugs because it is a substitute for metabolic profiling. This profiling ordinarily involves researchers administering new drugs to animals in laboratories. They check whether the drug does what it’s meant to do before the liver breaks it down, and what further impact – or side effects – it has on the body afterward. Those results make up the metabolic profile of a drug. Chorghade asserted that the chemosynthetic liver can “produce the same metabolites as live animals in a fraction of the time.” He also said the technology can “provide a more comprehensive metabolic profile, in far larger quantities for further testing and analysis.”

Scientists are growing human cells on tiny scaffolds in a way that mimics the functioning of organs, known as “organs-on-a-chip.” These can mimic organs such as the heart, lungs, and kidneys. They offer a further potential way to test what effect drugs and substances have on human cells. As the National Institute of Environmental Health Sciences (NIH) highlighted, the U.S. National Toxicology Program’s Interagency Center for the Evaluation of Alternative Toxicological Method (NICEATM) has created a working group “with other government agencies and international partners” to “apply advanced nonanimal technologies to COVID-19 research.” The working group will be coordinating the “global use” of organs-on-a-chip, officially known as microphysiological systems (MPS), in coronavirus (Covid-19) research. NICEATM acting director Nicole Kleinstreuer said, “MPS will let us better understand how the SARS-CoV-2 virus interacts with human organs and elicits an immune response.”

Animal Defenders International (ADI) announced in 2019 that it was funding the development of a model of the human airways using human cells through its Lord Dowling Fund (LDF). The model, being developed by scientists at Aston University, could be used for testing e-cigarette toxicity. The LDF claimed at the time that researchers in the US were conducting tests that “commonly involve forcing animals, some who are pregnant, to inhale vapor daily for weeks and sometimes over months while confined in boxes or restrained in tubes.” ADI CEO Jan Creamer said, “We are excited to be funding the development of this innovative project which will save animals and provide accurate human-based data.”

In 2013, the Wake Forest Institute for Regenerative Medicine in North Carolina embarked on the “body-on-a-chip” project. As the BBC reported, it expanded on the “organ-on-a-chip” technology by linking the organs “together with a circulating blood substitute, similar to the type used in trauma surgery.” The institute’s director Dr. Anthony Atala explained that experts involved in the project would use the technology to “predict the effects of chemical and biologic agents and to test the effectiveness of potential treatments.” He asserted that “It works better than testing on animals.”

Computational modeling and analysis, known as in silico testing, is also an alternative for researchers. There are algorithms, for example, that can compare new substances to masses of data about existing tested substances and predict the toxicity of the former. A 2018 study by scientists from Johns Hopkins Bloomberg School of Public Health found that “advanced algorithms working from large chemical databases can predict a new chemical’s toxicity better than standard animal tests.” The study asserted that a computer-based approach could also “evaluate more chemicals than animal testing, a change that could lead to wider safety assessments.”

These alternatives are, of course, welcome progress for the variety of species who suffer in laboratories. They’re also though good news for humans. Because as Warren Casey pointed out in 2019, who was then director of NICEATM, alternatives could be cheaper, faster, more relevant to humans, and ethical. Clearly, these alternatives are the way forward, for both humans and other animals.