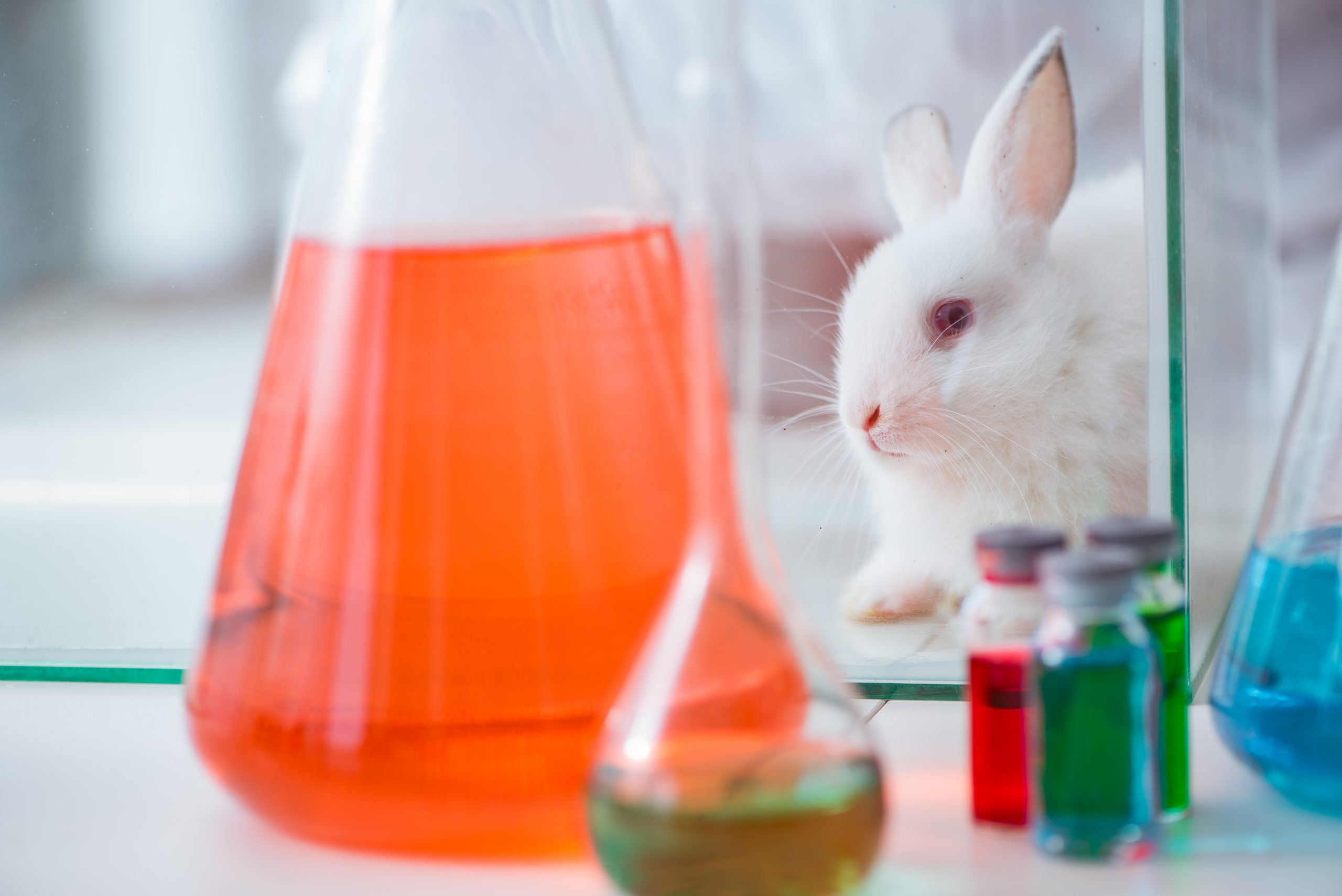 More progress is being made at the federal level in the fight against animal testing! According to Citizens for Alternatives to Animal Research (CAARE), the Humane Research and Testing Act of 2021 (HRTA) has been reintroduced in Congress.

If passed, H.R. 1744 would create theNational Center for Alternatives to Animals in Research under the National Institutes of Health (NIH). This bill is the first of its kind focused on funding, incentivizing, and training scientists on non-animal alternatives to research. The bill will also ensure that NIH is using fewer animals in research.

“Two-thirds of Americans are concerned about the treatment of animals used in medical research according to Gallup polling. Sadly, we don’t know exactly how many animals are used in federally funded research and testing each year. However, several research methods have been developed that are able to reduce the demand for animal testing,” shard Alcee L. Hastings, a co-sponsor of the bill. “I am pleased to introduce the Humane Research and Testing Act of 2021, alongside my good friend Congressman Vern Buchanan, which will promote the use of these human-relevant alternative testing methods, minimize the needless suffering of animals, and require a full accounting of the number of animals used in federally funded research.

Millions of animals are killed each year in useless animal tests. As medicine and technology evolve, so should the need to use animals in experiments.

“While minimizing the use of animals in research is a fundamental part of NIH policy, we continue to see enormous numbers of animals used. The U.S. is one of the largest users of animals in laboratories worldwide,” said Barbara Stagno, President and Executive Director, CAARE. “The Humane Research and Testing Act will provide the means and support to help NIH fulfill its obligation to replace animals with innovative technology and reduce numbers used, as mandated by the NIH Revitalization Act.”