‘What Would Happen to All the Animals If Everyone Went Vegan?’ 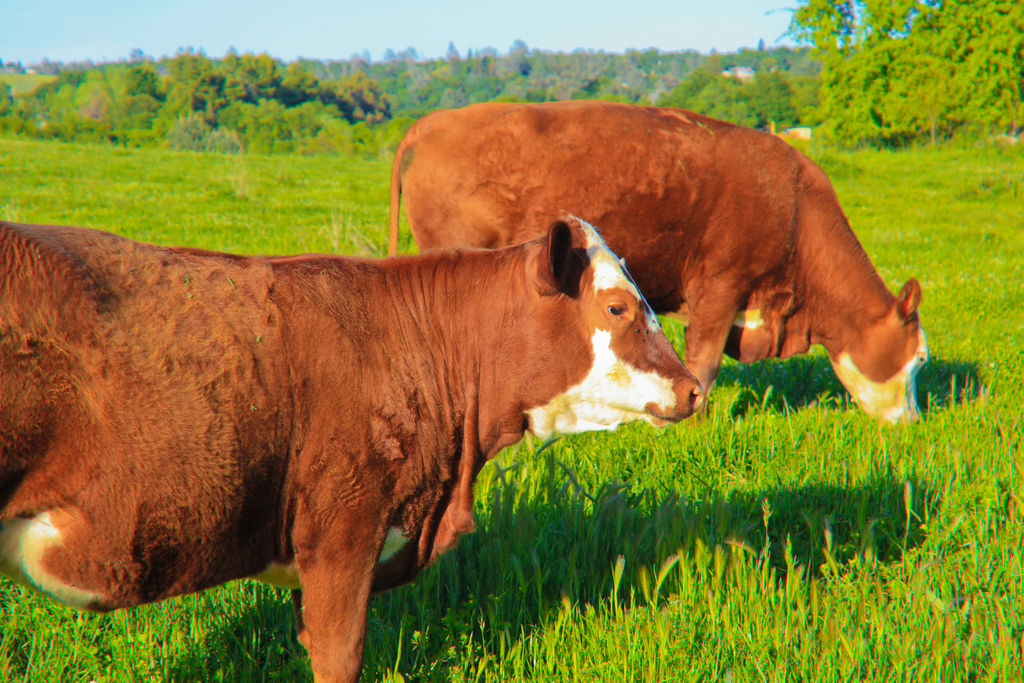 Those of us eating a plant-based diet often find our food choices causing more questions and consternation during the upcoming weeks than during the rest of the year. One of the perennial concerns I’ve found people have is that if everyone went vegan, what would happen to all the animals—chickens, turkeys, pigs, and cows? If we stopped eating them, wouldn’t they just take over the Earth, threatening our survival?

For years this question irked me because it seemed patently ridiculous, and worse, would be used to justify the cruelty of eating animal foods. Now, though, whenever I hear this question, I see it as an opportunity to deliver a brief meditation on how our world can be healed.

Imagining the world gradually going vegan is imagining the most positive possible future for our species, for the Earth, and for all living beings. First of all, as we reduce the number of animals we are eating, that will send a message to agribusiness to forcefully inseminate fewer female pigs, turkeys, cows, fishes, and other animals, so fewer animals will be imprisoned, and there will be less mutilation, killing, violence, terror, and suffering. It also means there will be lower demand for GMO corn, soy, alfalfa and other feed grains, and thus less deforestation, monocropping, and pollution. As this continues, there will be more food to feed starving people, and also monocropped land can be returned to being critically-needed habitat for wildlife, whose populations are being decimated by the habitat loss caused by grazing livestock and growing feed grains.

As the vegan trend continues, streams will come back and run cleaner. More birds, fish, and other animals will be able to thrive, there will be far less toxic pesticides and fertilizers needed, and the oceans, which we are devastating, will begin to heal. As studies continually demonstrate, livestock production is the main driving force behind global warming, and this also will decrease. In addition, by eating less animal-based foods, people will be healthier physically as they eliminate the toxic fat, cholesterol, and animal protein that drive obesity, diabetes, arthritis, cancer, kidney disease, heart disease, and drug use. People will become healthier emotionally and spiritually, also, as they cause and eat less misery, and our culture, as its level of violence decreases, will become healthier as well.

As forest, rainforest, and prairie communities come back to life, along with riparian and ocean communities, the devastating mass extinction of species that is going on right now will slow down. To raise and slaughter hundreds of millions animals daily for food on this planet, we are forcing hundreds of species of animals and plants into extinction every week. Because of our appetites for a few species of birds, mammals, and fish, we are destroying the Earth’s genetic diversity, and it seems absurd to be unconcerned about these tens of thousands of species, but to care only about the few that we’re eating. In any event, the animals we imprison today for food lived freely in nature for millions of years and could do so again. The animals that we most intensely enslave for food and products, such as turkeys, ducks, geese, chickens, and fish, are all doing just fine in the wild (aside from being hunted and having their habitat destroyed). They would continue to do so, and this is also true for pigs, sheep, and goats, which even today have substantial wild populations. There is no reason to think that the animals we are eating and using wouldn’t be able to return to their natural lives living freely in nature—they already are!

Cows are the only possible question—their progenitors, the aurochs, were forced into extinction in the 1600s, but it is certainly conceivable that cows could be reintroduced into central Asia and Africa where they lived for millions of years, and with time would return to the ecological niche they inhabited before cruel human enslavement tore them from their ancestral homelands.

So, it’s a refreshing question to ponder. It’s remarkably uplifting and heartening to reflect on “what will happen if we all stop eating meat, dairy products, and eggs?” Contemplating this, we see clearly that there’s nothing stopping us from creating a heaven on this beautiful and abundant Earth – nothing except the culturally mandated, deeply-ingrained, and deluded habits of routinely abusing animals for food. Each one of us can question this, and I hope the next time you hear this question, you’ll welcome it enthusiastically!

We can all discuss this question a few times during the holidays, and by doing so, pull back the curtain to reveal the positive future we can create together. There is no action more powerful anyone can take to subvert the dominant paradigm of exploitation and inequality than to shift to a plant-based diet for ethical reasons. By going vegan, and spreading the vegan message creatively, we take the most effective action to create a world where peace, abundance, sustainability, freedom, and universal joy are not just possible but natural.