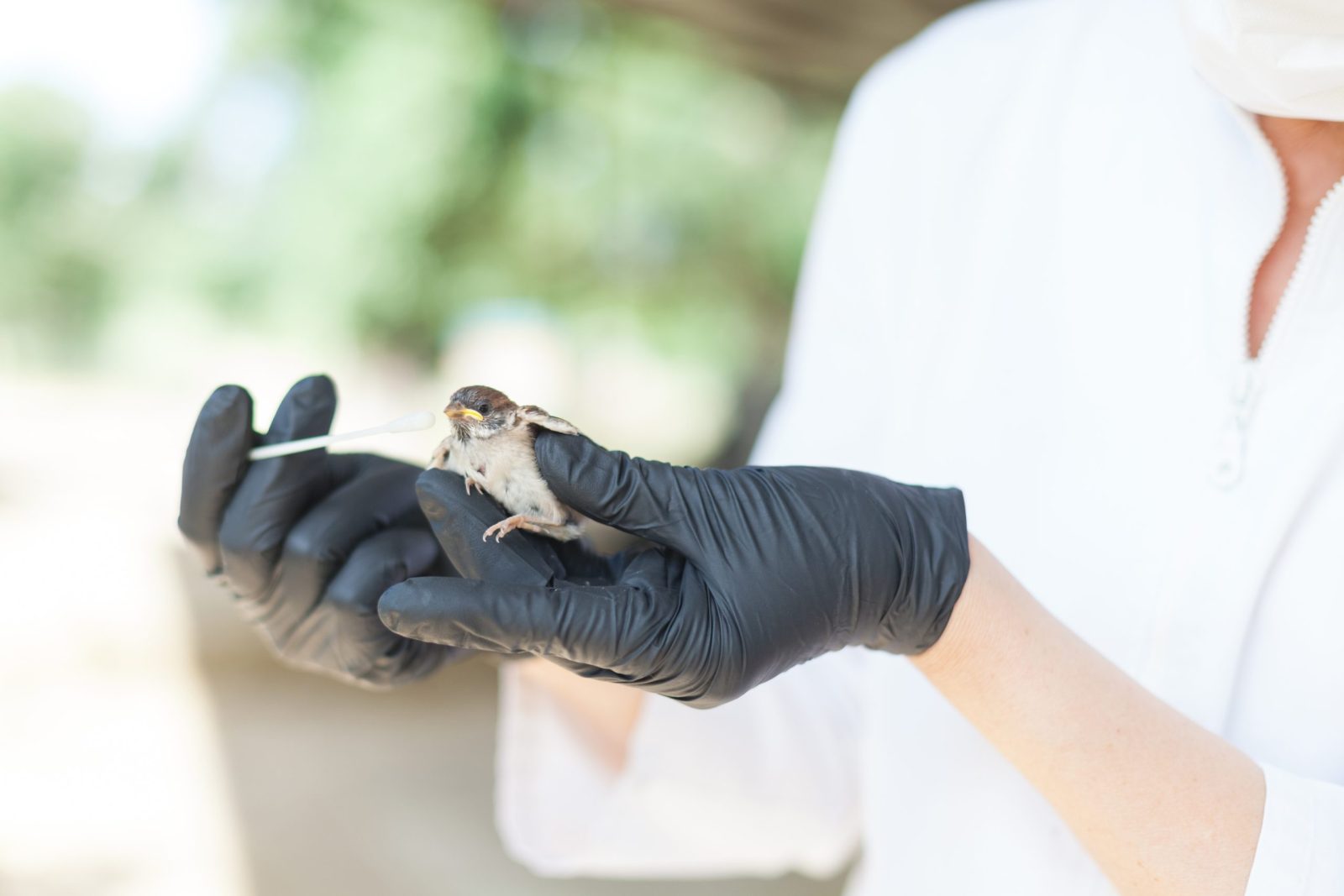 Animal welfare groups are condemning this researcher’s experiments on sparrows, where she feeds them crude oil to ‘understand stress in birds’.

Louisiana State University (LSU) researcher Dr. Christine Lattin spoke at the international symposium in Edinburgh last week, which was attended by scientists from around the world. Dr. Lattin’s presentation at the symposium and her experiments have sparked outrage amongst animal lovers and organizations across the world.

Dr. Lattin has conducted numerous medical experiments on birds where she does cruel things, including feeding them crude oil to understand the effect of stress on birds and why some species populations are on the decline or near extinction due to human activity.

Dr. Lattin argues that it is essential to examine stress in wild birds so that we can understand what negatively affects them and come up with actions that can be taken to help wildlife. The Edinburgh University also took the doctor’s side, arguing that involving animals plays a vital role in developing treatments for serious diseases in humans.

However, most people are furious with these cruel experiments. The People for the Ethical Treatment of Animals (PETA), has been fighting and trying to end Dr. Lattin’s experiments for years now, even back when she was a researcher at Yale. Since then, PETA has tried to obtain details about the deadly and pointless experiments by Lattin, LSU’s ‘resident bird tormentor‘, but the University refused. PETA decided to take the legal route, sued LSU, and won.

When PETA obtained the files that the University tried to hide for so long, the organization said they could see why they “circled the wagons to protect her.”

PETA says that Lattin trapped and killed 123 birds in 13 months, ending June 2020. This means an average of two birds per week. They found that some of the birds that Lattin trapped were so anxious and stressed by their capture and imprisonment that they developed a condition described as “failure to thrive” and died or were killed within a week.

Not only has Lattin conducted experiments where she forces crude oil down birds’ throats, but she has also conducted absurd and cruel tests to see if sparrows had a fear of unfamiliar objects. In this experiment, she withheld food from the birds for 15 hours and then put ransom objects like blinking lights, yellow pipe cleaners, a purple plastic egg, a tinfoil hood, gold bells, pink puffs, and an opened blue cocktail umbrella, near their food dishes and observed how they would approach the dish.

“That’s it—that’s the whole experiment. Plop a cocktail umbrella in front of hungry, abducted birds, watch, videotape, and then kill them and dice up their brains to analyze for differences in gene expression,” PETA wrote.

Lattin’s research with crude oil involves putting the oil in sparrow’s food to test if small amounts can act as an endocrine-disrupting chemical. Endocrine disrupting chemicals can block or interfere with normal hormone activity in the body, that are vital for survival and health.

Kate Werner, senior campaigns manager at PETA said, “These social, intelligent birds are taken from their homes in nature and trapped in laboratory cages, where experimenters intentionally expose them to stimuli that could cause stress, such as flashing lights and ringing bells. The fact that these experiments are designed to see how distressed fragile animals become is a testament to their unethical nature.”

Studies of a bird species do not guarantee insight into other species or human reactions to the same environment or stimuli, according to PETA. Animal experiments are cruel and not necessary!

Numerous companies are standing up against animal testing, and recently the USDA decided to eliminate some mammalian testing by 2025. The majority of animal testing is used in medicine and for other human products and treatments. According to PETA, the National Institutes of Health wastes $12 billion annually on animal testing that leads nowhere, these experiments on animals fail 90 percent of the time. The research used on animals rarely correlates when it is tested on humans, making it a waste of money and unnecessary. Monkeys, mice, rats, and dogs are all used in animal experiments around the nation. It’s time countries ban animal experimentation altogether as it hurts humans as well.