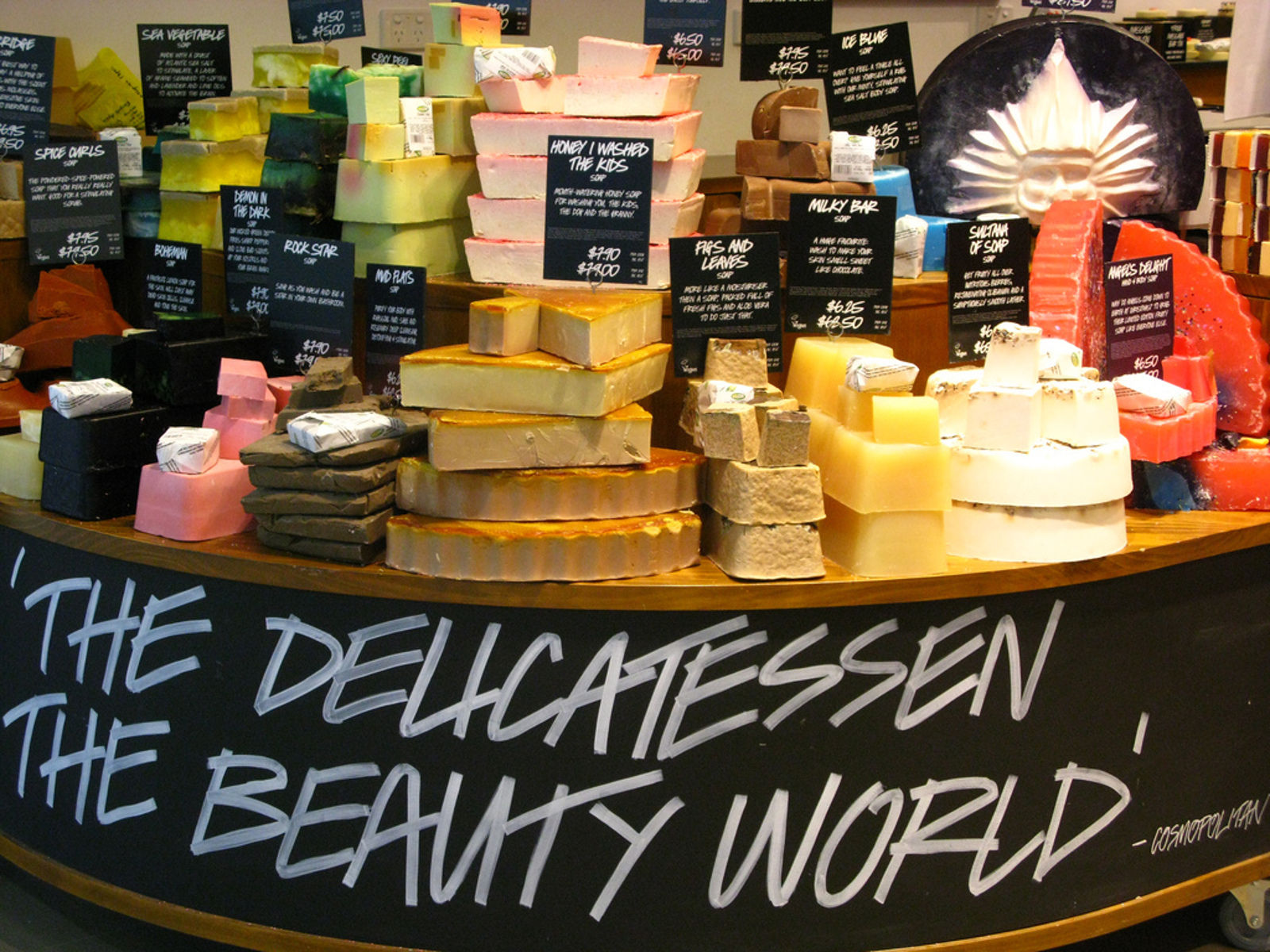 With thousands of cosmetics ingredients already known to be safe, it’s easy enough for companies to avoid testing their products on animals. After last year’s wave of animal testing phase-outs, and several countries considering a ban, it may even be a smart business move.

Consumer website Leaping Bunny maintains a list of brands that don’t test on animals at any stage of production, and all the companies below make the grade. But these companies take compassion to the next level, taking an outspoken position on animal rights even at the risk of their own financial gain.

These five companies represent a broad spectrum of products, some only found on the dark shelves of a small-town health food store, others ubiquitous in malls and supermarkets across the U.S. It just goes to show that you don’t have to be an off-the grid crunchy hippy to embrace a cruelty-free beauty routine, but you can if you want to.

Emanuel Bronner’s wacky new-age ramblings, printed all over his classic bar and liquid soaps, are great for passing the time while your conditioner sinks in. But his grandson and company president David’s activism is nothing to scoff at. Earlier this month, David made the news for supporting the Humane Society’s Be Cruelty-Free campaign, which resulted in last year’s ban on animal-tested cosmetics in the EU and now aims to make the U.S. market cruelty-free. Founded in 1948, this company is no flash-in-the-pan. In addition to their great-smelling soaps, they also make organic coconut oil for cooking.

Here’s another old-time cosmetics company. Nature’s Gate first opened shop in 1972, and the scent of their coconut rainwater baby shampoo remains a fond childhood memory. Though Nature’s Gate is better known for their environmental sustainability initiatives, they take their cruelty-free commitment very seriously. In 2013, they pledged not to sell products in China — a market of over one billion consumers — until they stop requiring animal tests for cosmetics. (In November of last year, China agreed to phase out this requirement.)

While most companies avoid mentioning their competitors in a positive light, Paula’s Choice produces their own product line while keeping a list of other brands that share their cruelty-free values (plus a list of companies that do test on animals). Each item on their list links to an exhaustive review of that company’s cosmetics, including sale price, so that consumers can make an informed, humane choice that fits their interests and wallet, whether or not they choose to purchase a Paula’s Choice cosmetic. Now that’s integrity!

Common in upscale malls and promenades, The Body Shop is like Bath and Body Works’ sophisticated older sister. Bath and Body Works products commonly appear on cruelty-free lists, but their products boast a mysterious “Final product not tested on animals” label. The word “final” indicates that ingredients in their cosmetics may have gone through animal testing, explaining the company’s omission from the Leaping Bunny list.

The Body Shop, on the other hand, has actively fought against animal testing since 1996. They were the first international company to sign the Humane Cosmetics Standard, and now they’re promoting the Cruelty Free International campaign in their worldwide locations.

With a hip, artistic style that appeals to a fashion-conscious crowd,  LUSH wears their anti-cruelty stance on a sleeve. With Easter just passed, they’ve promoted a line of cute bunny and egg-themed goodies to remind consumers who they’re saving when they make a compassionate shopping choice. The LUSH website links prominently to literature about animal testing, humane alternatives, and activist opportunities. The company has been fighting animal testing for over 30 years, and boycotts all suppliers who test any of their products or ingredients on animals.