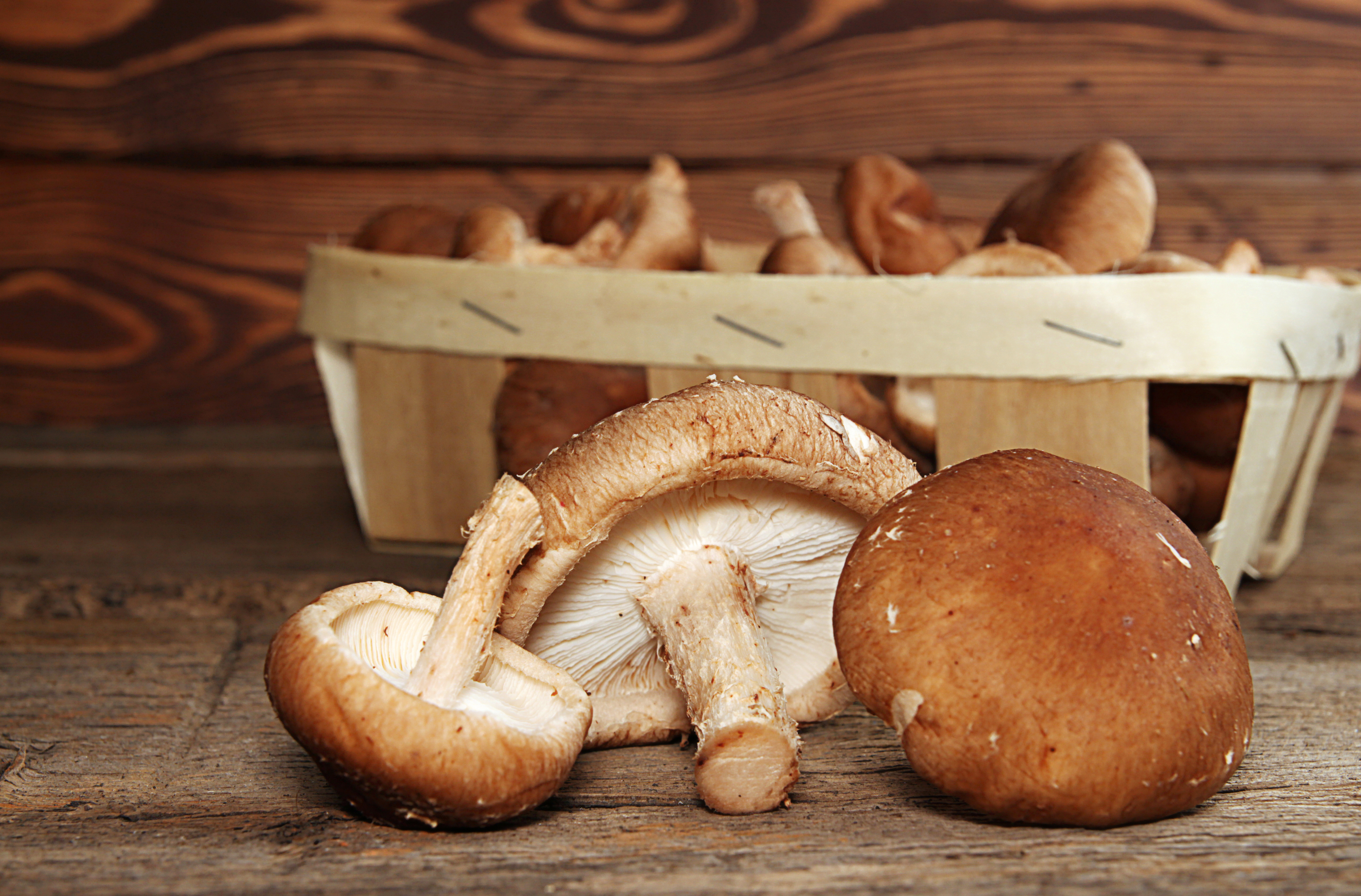 Modern medicine has saved countless lives in the quest to care and serve our society. While modern medicine is absolutely necessary in certain cases, it doesn’t mean that it can’t work in tandem with an alternative approach. Traditional medicines, such as Ayurvedic or traditional Chinese medicines, have been practiced for thousands of years. One of the most potent of these medicines that has carried into the modern age is the use of mushrooms. They are easy to find and purchase, are delicious to cook with, and there exist hundreds of varieties! 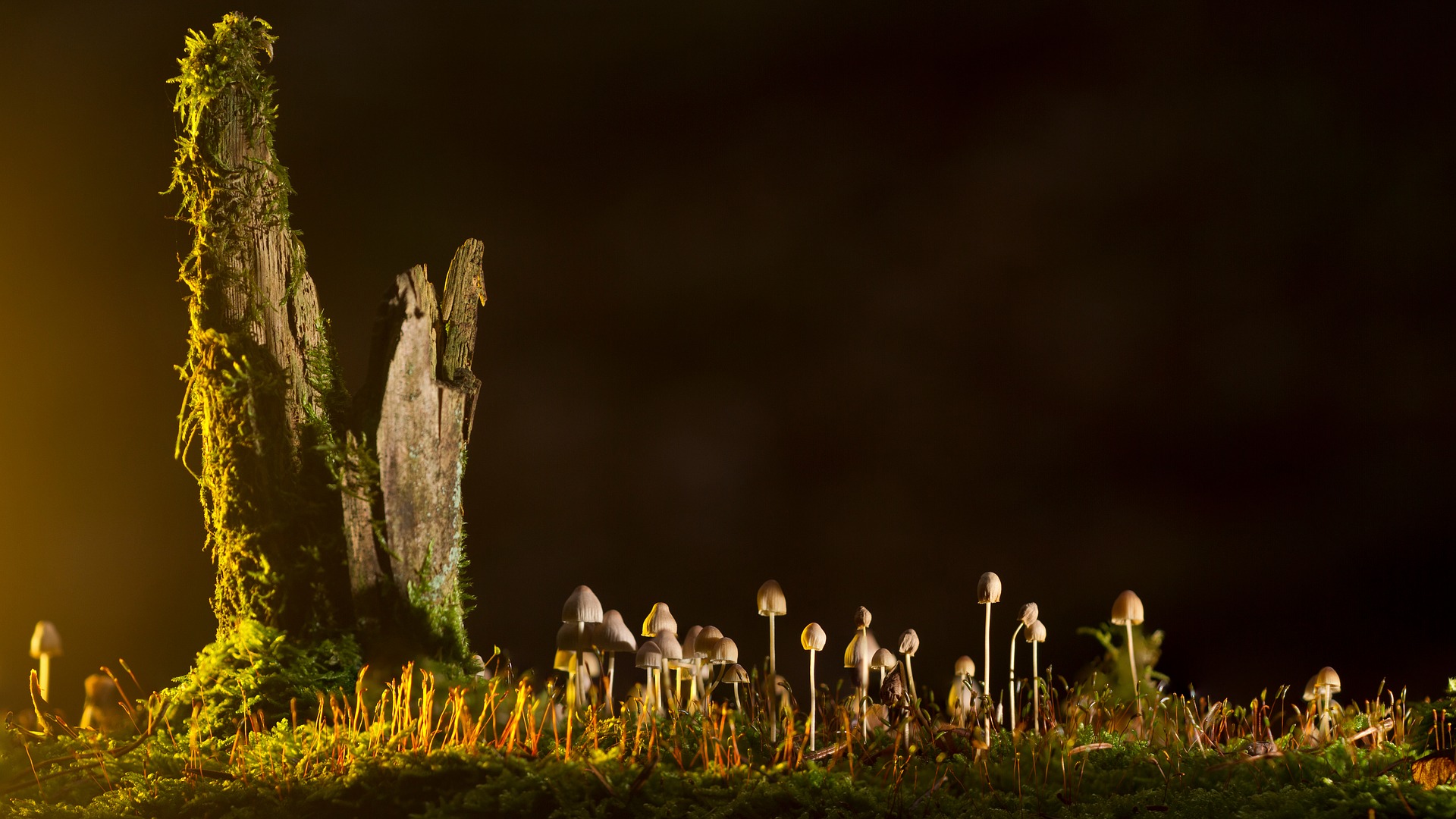 You’ve seen them in the grocery store or sprouting amongst the damp moss while hiking on shaded forest trails. Possibly, you’ve been a little freaked out by their alien-like characteristics. That’s totally normal! In fact, mushrooms are a type of fungus. As humans, we are trained to be wary of fungus as many types are poisonous, including a handful of mushrooms.

The term mushroom or toadstool refers to “the fleshy, spore-bearing fruiting body of a fungus, typically produced above ground on soil or on its food source.” Basically, mushroom is an umbrella identifier for any fungi with a cap, gills, — the fleshy slits beneath the head of the mushroom that help spread spores, — fungi with or without a stem, or really any “fleshing fruiting body.”

The identifying list grows much more broad once you begin looking at different types of mushrooms such as bolete — fungal fruiting bodies with caps, — puffball — fungi characterized by their clouds of spores, — stinkhorn — tropical mushrooms known for their “foul-smelling, sticky spore masses, or gleba, borne on the end of the stalk,” — and, one of the most foraged varieties, morels — a honeycomb-designed edible fungi whose delicate flavoring has made this little morsel the center of a multimillion-dollar industry.

If you’re looking to start cooking with mushrooms, and especially for those of you who are interested in foraging natural mushrooms, it’s imperative to learn the macroscopic structure. This is how you will identify the tasty morels from the poisonous death caps. 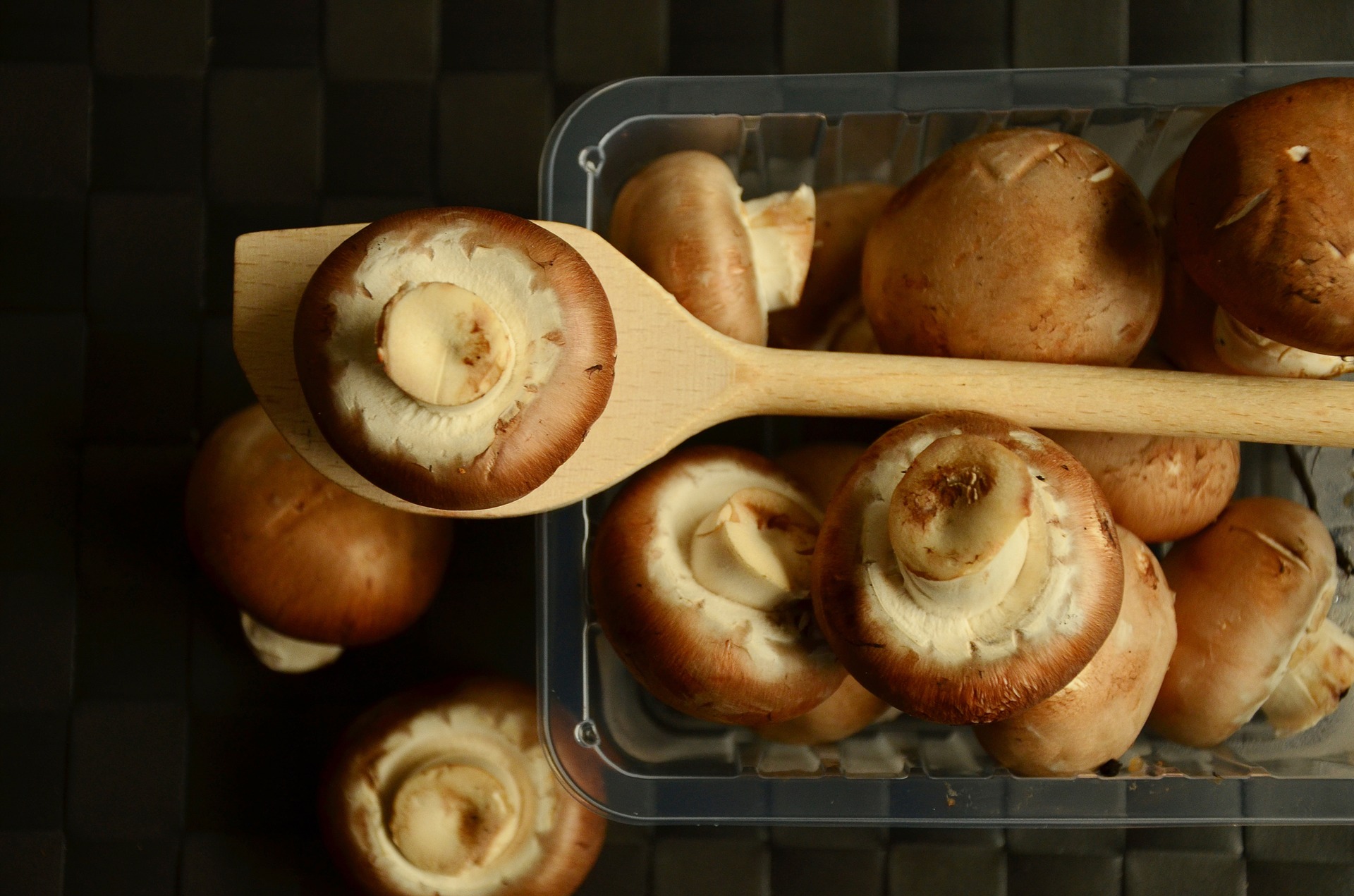 You can also feel good about the nutritional value of mushrooms. These fungi are “low in calories, [and] are great sources of fiber and protein,” as well as providing a potential source of antioxidants, “B vitamins, selenium, potassium, copper, and (particularly when exposed to the sun) vitamin D.” For example, one cup of dried shiitake mushrooms have only about 43 calories, yet offer up fiber (3.2 g), protein (12.3 g), Omega-6 fatty acids (125 mg), phosphorous (98.8 mg), potassium (290 mg), magnesium (16.9 mg), selenium (5.6 mg), folate (12.5 mcg), choline (53 mg), as well as trace amounts of thiamin, riboflavin, niacin, vitamin B6, betaine, iron, calcium, sodium, zinc, copper, and manganese.

3 Mushrooms with Medicinal and Health Benefits 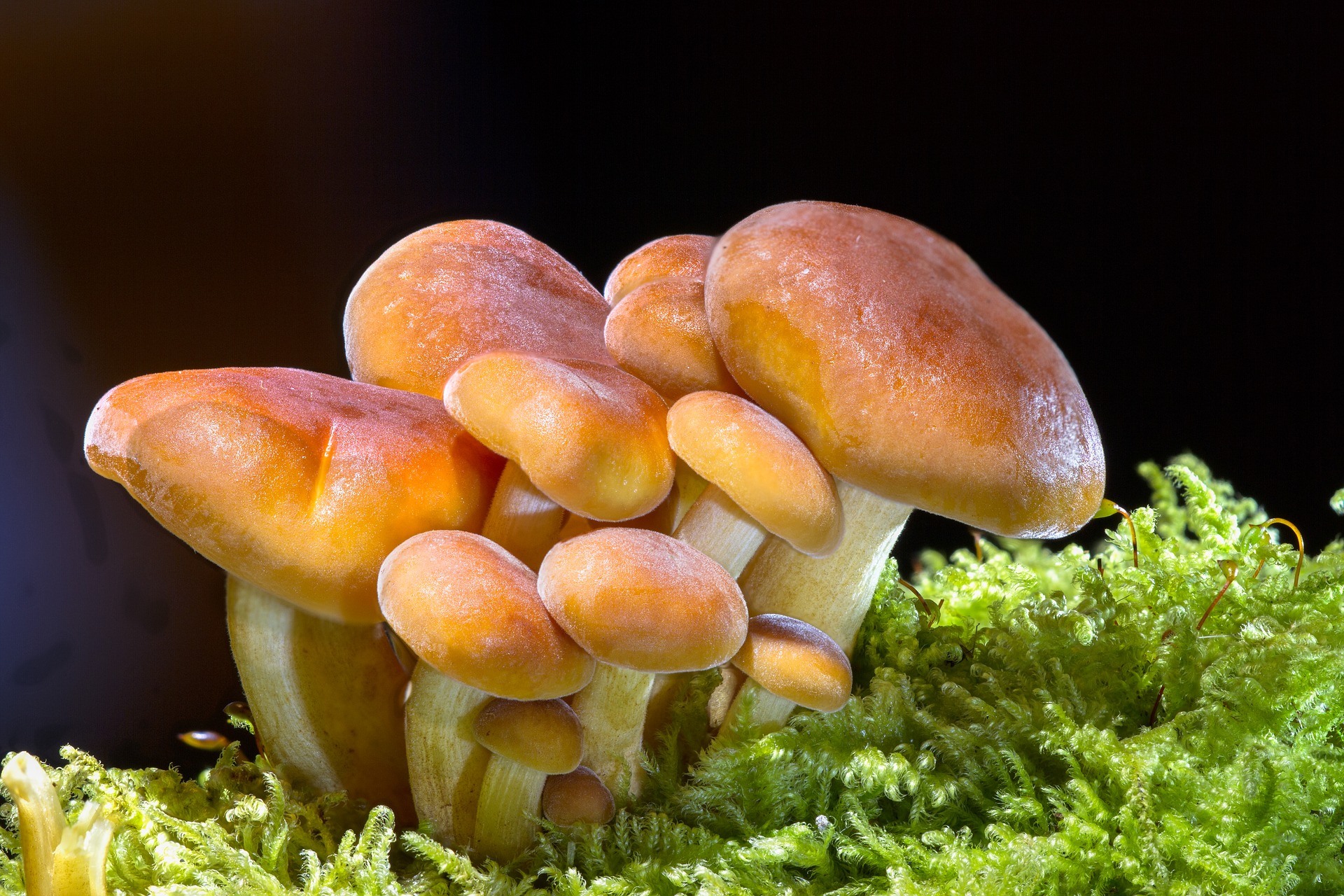 Fungi may look strange, but many of them have powerful agents to promote health and prevent illness. From fighting inflammation to easing digestive discomfort to preventing cancer, there are a plethora of reasons to learn more about and incorporate this superfood into your diet. With that said, while mushrooms are touted for their medicinal benefits, they are also simply a wonderful ingredient to consume. Most varieties that you buy in the grocery store can be consumed raw, they can also be sautéed, stewed, baked, or even blended. The key here is getting them on the plate in a way that makes you happy!

With that said, before incorporating or consuming mushrooms, either via cooking or in supplement form, it’s incredibly important to speak with your healthcare provider first. Every human body is different and therefore certain mushrooms may not work effectively or may have damaging effects! 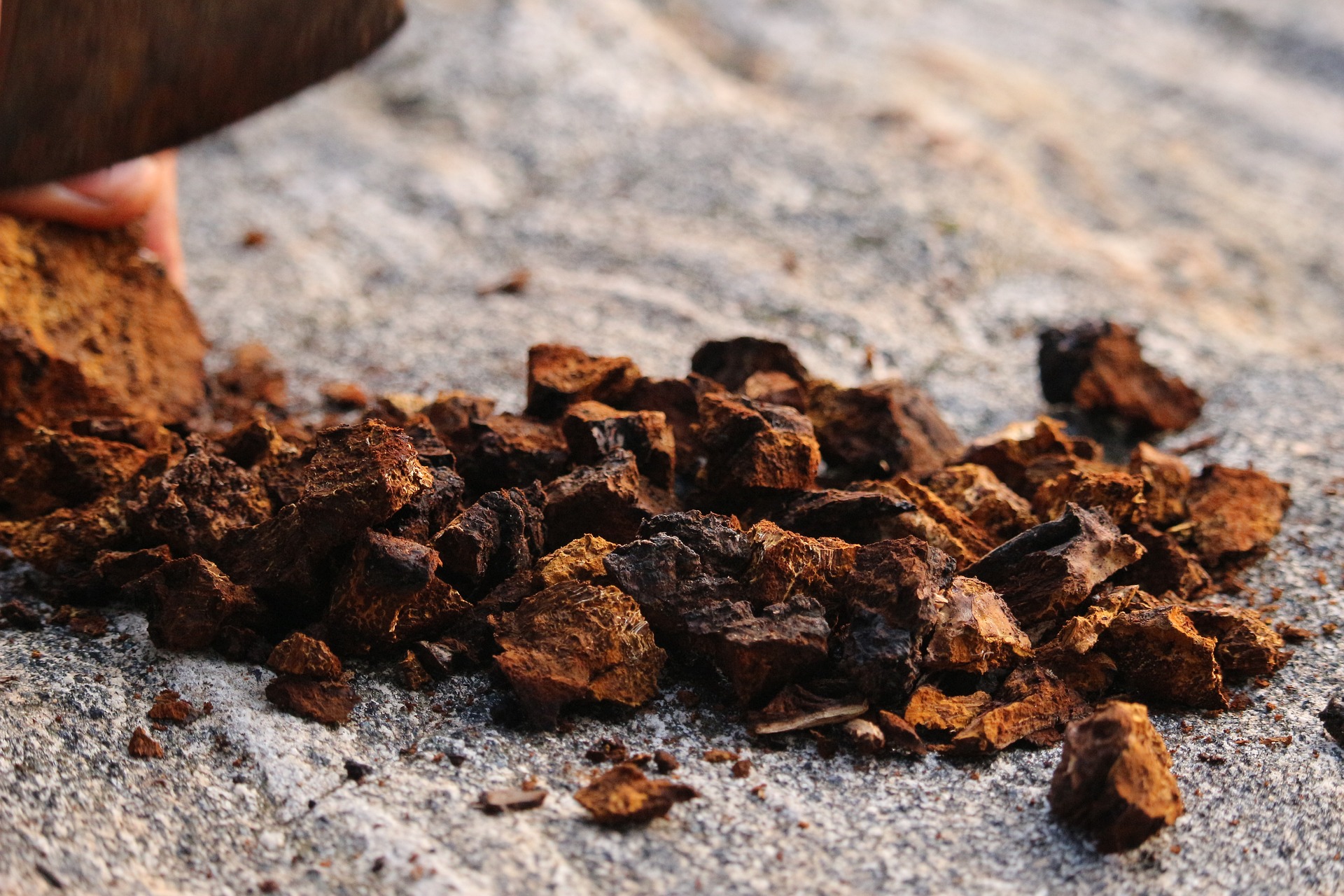 This odd little mushroom is distinguishable by its orange coloring, yet most of us overlook the Chaga mushroom due to its resemblance to a clump of dirt or charcoal. It is native to the northern hemisphere and is generally found growing on birch, oak, poplar, and alder trees.

As with other colorful veggies — think carrots, bell peppers, and tomatoes — the Chaga is rich in antioxidants making it a great agent at slowing aging and preventing, as well as fighting, cancer. Chaga mushrooms are also potentially great for lowering cholesterol, blood sugar, and blood pressure, fighting inflammation, and supporting the immune system. A unique characteristic of Chaga mushrooms is also one that is in its infancy of research. Per recent studies, “treating people with Chaga mushrooms could prevent them from experiencing the side effects of other treatments, such as chemotherapy, radiation, and various medications prescribed for chronic illness.” 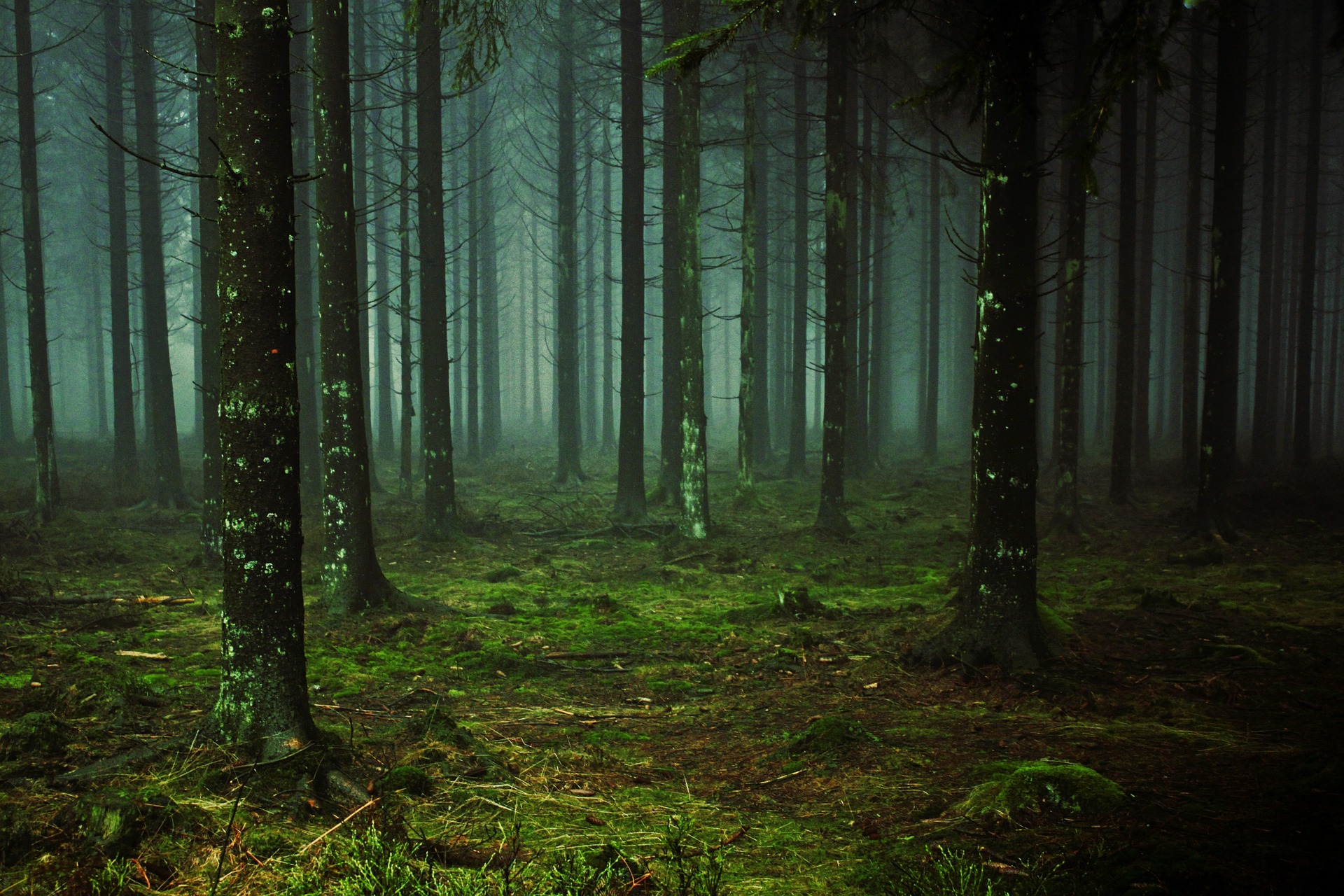 These mushrooms get their name from their physical characteristics. They are unlike the traditional capped and gill-laden mushroom that you are most likely used to. Lion’s Mane are “large, white, shaggy mushrooms that resemble a lion’s mane as they grow,” and have also been described as cascading icicles or globes with long, shaggy spikes. It is an edible mushroom that can be found in the northeast growing on “dead or dying hardwood trees including maple, beech, oak, birch, walnut, and sycamore.”

Almost all medicinal mushrooms have a high level of antioxidants, giving it that superfood quantifier. Yet, in a recent study performed with a small group of mushrooms, Lion’s Mane was shown to have the “fourth highest antioxidant activity, which researchers described as ‘moderate to high’.” This makes Lion’s Mane a great protector against oxidative damage. Lion’s Mane has also been attributed to better heart health, boosted immune function, quicker wound healing, and easing in digestive issues.

This mushroom sets itself apart due to its cognitive health component. Studies have shown that Lion’s Mane extract may ease anxiety and depression, boost recognition and memory recognition ability, and may have positive effects in combating the cognitive degeneration of diseases such as Parkinson’s and Alzheimer’s.

With that said, almost all the studies have been performed on mice and rats, therefore it’s important to proceed with care and caution when using Lion’s Mane as a medicinal treatment.

While it may be difficult to find lion’s mane in its raw form, some whole foods and natural grocery stores do carry them. Due to their meaty texture, they are a great meatless recipe ingredient such as this Lion’s Mane Mushroom ‘Liver’ and Onions recipe or to substitute for portabella mushrooms in this Portobello Mushrooms Steaks recipe.

Yet, one of the best ways to ingest lion’s mane is via supplements such as this non-GMO, organic, and vegan Lion’s Mane Mushroom Capsule supplement by Host Defense or these Vegicaps of Lion’s Mane Extract by Mushroom Science. 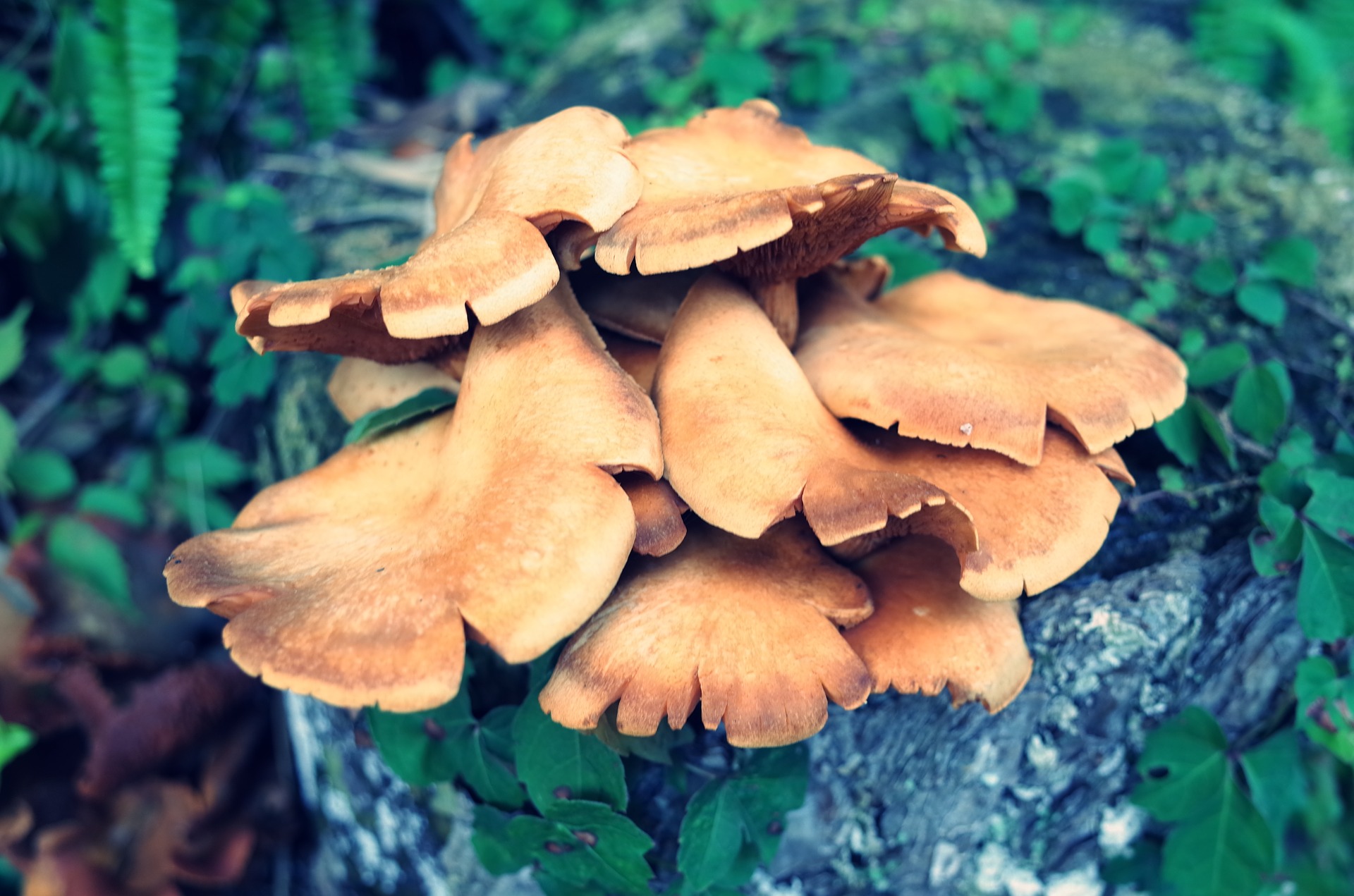 Shiitake is by far my favorite mushroom! It’s super easy to find in the grocery store, isn’t too expensive, and it’s super tasty! So, it wasn’t a surprise when I found out that shiitake mushrooms were the “second most popular and third most widely cultivated edible mushroom in the world.” These versatile mushrooms are native to East Asia, growing on the dead wood of “shii, chestnut, oak, maple, beech, sweetgum, poplar, hornbeam, ironwood, mulberry, and chinquapin.”

Shiitake mushrooms are also incredibly beneficial when it comes to your health. Compounds within the mushroom have fat-reducing potential and can help fight obesity. Shiitake also support the immune system via essential enzymes, minerals, and vitamins, destroy cancer cells and heal chromosome damage via lentinan and antioxidants, support cardiovascular health via phytonutrients, boost energy via B vitamins, and promote skin health via vitamin A and E derived selenium.

Yet, shiitake mushrooms also contain antimicrobial properties. The UCL Eastman Dental Institute in London performed a study in 2001 that “tested shiitake’s antimicrobial effects on gingivitis, a preventable disease that involves the inflammation of the gums due to the buildup of a microbial biofilm at the gingival margin.” The shiitake mushroom extract was found to be just as effective as the “leading gingivitis mouthwash” and it was found to have “lowered the numbers of some pathogenic organisms without affecting the organisms associated with health.”

Shiitake mushrooms are incredibly easy to find in their raw form. They are widely sold at whole food stores, natural food stores, and grocery stores. You can even find these fungi at farmer’s markets! When it comes to cooking these lovely mushrooms, the sky’s the limit. They are excellent for vegan and vegetarian recipes that need a bit of bulk, such as this Broccolini and Shiitake Stir-Fry, this Comforting Shiitake and Kale Congree, this Shiitake Cream Pasta, or these Shiitake Mushroom Soft Tacos.

Yet, if the raw or cooked taste just isn’t for you, try out an extract or supplement.

For more information, ideas, and recipes for medicinal mushrooms and mushroom recipes, we highly recommend downloading our Food Monster App, which is available for both Android and iPhone, and can also be found on Instagram and Facebook. The app has more than 15,000 plant-based, allergy-friendly recipes, and subscribers gain access to new recipes every day. Check it out!