8 Healthy Ways to Spice Up Your Warm Beverages This Winter! 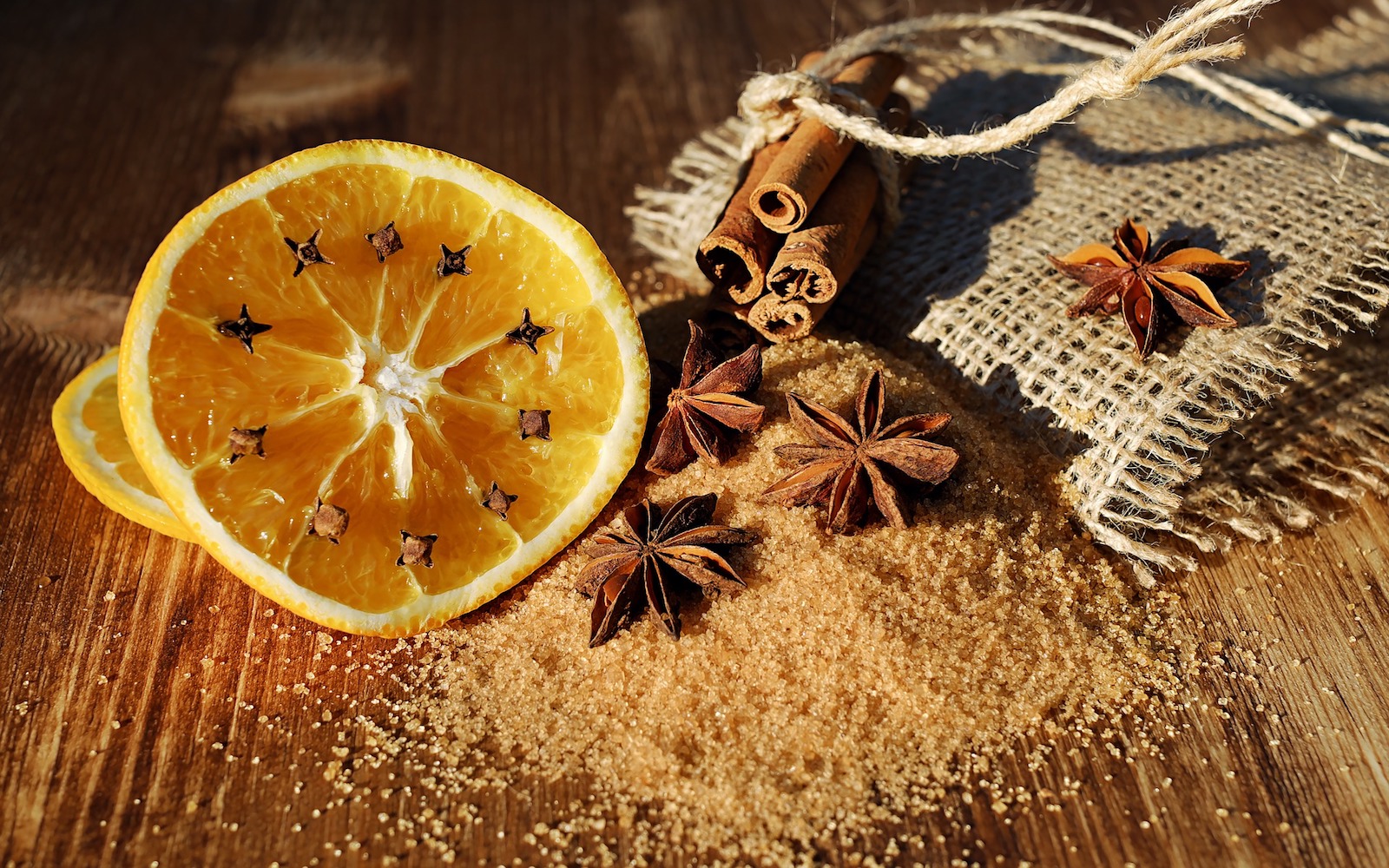 There’s nothing better than a hot cup of tea, coffee, cider, hot chocolate, etc. in the winter, especially when the thermostat drops and frost gathers on the windows. But if you’re getting tired of the same old drink routine, it might be time to spice things up a little—literally and metaphorically! Here are 8 tasty additions to stir into your warm beverage of choice, ranging from wholesome sweeteners to antioxidant-packed herbs and spices. Also included is some valuable information on the numerous health benefits of these add-ins.

These tangy fruits come from the same citrus family, though lemons are slightly sweeter, and limes more acidic. Both offer a hefty dose of health benefits, one being their high vitamin C content, which helps boost the immune system. 2 tablespoons of lemon juice offers 15% of the RDA of vitamin C, while the same amount of lime juice offers 10%. Lemons may also help prevent the formation of kidney stones, reduce the risk of certain types of cancer, and fight against certain harmful microbes such as salmonella and staphylococcus. All the more reason to squeeze some fresh lemon or lime juice into your cup of tea, or even add it to apple cider! It provides a zing of flavor and tartness to contrast with whatever sweetener you choose to use. Or, for a jazzed-up adult beverage, try out this Hot Whisky, infused with lemons and cloves.

This pungent spice is a holiday classic, though it should be consumed year-round for its flavor and health benefits. It comes in two varieties, Ceylon and Cassia, and comes from the bark of the cinnamon tree, which, when dried, forms what we know as cinnamon sticks. Who knew tree bark could be so tasty? The health benefits of cinnamon are numerous. It is rich in antioxidants and may help regulate blood sugar levels, improve digestion, and fight against certain microbes and fungi. It is one of the oldest known spices and has been used in Traditional Chinese Medicine for its “warming qualities.” Drink-wise, you could sprinkle some cinnamon on top of your hot chocolate, slip a cinnamon stick into your mug of tea, or even make a delicious cinnamon latte. The possibilities are endless! Try out this Spiced Mulled Apple Cider Recipe for a taste of what cinnamon can bring to the table.

This thick and sticky sweetener is good for more than just gingersnaps, thanks to its rich flavor and unique sweetness. Molasses is usually made from sugarcane, and its syrupy texture results from boiling the sugarcane multiple times, thus creating a liquid. Blackstrap molasses, which is more nutritious but also less sweet, is produced after a third boiling step. Molasses contains small amounts of essential minerals such as calcium, iron, and magnesium, and when consumed in its purest form, is far less processed than most refined sugars. You could use molasses as a sweetener for tea and coffee, or even stir a spoonful into a mug of hot chocolate for a truly unique winter beverage. As an idea, swap out the maple syrup for molasses in this Pumpkin Spice Latte With Homemade Pumpkin Seed Milk (or go half-and-half).

This knobby root is an excellent addition to both sweet and savory dishes, drinks, desserts, and more! It can be peeled and grated/diced, or consumed in its dried and powdered form. It even comes candied for those wanting to make ginger-infused desserts such as cookies or cakes. Ginger has been consumed for thousands of years as both a culinary delight and as an all-natural remedy for numerous ailments. It can help settle upset stomachs, fight infections, prevent heart disease, and even has powerful anti-inflammatory properties, perfect for boosting the immune system. You could add a slice of fresh ginger to your tea or apple cider to add both nutritional benefits and a zing of flavor. For a festive holiday drink, sample this tasty Banana Nog, which is infused with just a bit of minced fresh ginger.

This bright green herb makes for a refreshing addition to many winter beverages (and desserts), ranging from hot chocolate to tea to coffee. The leaves can be consumed either fresh or dried, and you can also use its extract as a flavor-booster for many recipes. Mint comes in many varieties, two of which are peppermint and spearmint. In addition to its invigorating flavor, mint can help improve digestion, relieve nausea, ease nasal congestion, and even boost the immune system. To partake of its many health benefits, you could make yourself a cup of peppermint tea, or whip up some Slow Cooker Kahlua Mint Hot Chocolate (delicious even if you choose to forgo the alcohol).

This tree-based sweetener is especially popular in the fall and winter months, though it can be enjoyed year-round as an excellent processed-sugar alternative. It comes from the sap of maple trees, and was harvested by Native Americans long before Europeans learned about this process. Maple syrup, in its purest form, contains small amounts of several vital nutrients such as calcium, iron, magnesium, and potassium, making it a relatively nutritious sweetener. It is also loaded with more than 50 antioxidants and is high in manganese, a mineral that helps boost energy levels. It would be an excellent sweetener for many beverages, especially warm drinks such as coffee, tea, and cider. You could also try out this delicious Maple Cinnamon Latte for a nice treat.

This fragrant flavoring comes from the pods of a plant that is a member of the orchid family–after these pods have ripened, they are harvested, cured, and dried for a long period of time before being sold and used to add flavor to everything from coffee to cookies to ice cream. Pure vanilla (not the artificially flavored extracts/imitation vanilla) has a multitude of health benefits. It can be used to treat inflammation, upset stomachs, and even certain respiratory conditions, making it both a delicious and nutritious addition to your warm winter beverages. For a recipe idea, check out this homemade Simple Vanilla Oat Milk, which you could stir into a cup of tea or coffee, or use as the base for some delicious vanilla-infused hot chocolate.

This flavorful spice has been used for thousands of years, and each individual clove is actually the dried bud of the Syzygium aromaticum tree, an evergreen that thrives in tropical climates. They can be used whole, ground, or even as an oil, and add a sharp and almost spicy-sweet flavor to both sweet and savory dishes and drinks. Cloves are also packed with health benefits–for example, they can be used to treat toothaches, ease inflammation, and improve overall digestion. All the more reason to add a dash of ground cloves to your mug of hot cocoa or cider! For a pre-bedtime drink, you could even sip on a mug of warm Cinnamon and Clove Mixed Nut and Seed Milk.

For more winter drink ideas, check out Feeling Chilly? Try These 5 Winter Drinks That Are Good for You! You’ll be full of inspiration in no time!

As a reminder, don’t forget to download the Food Monster App, which is available for Android and iPhone, and can also be found on Instagram and Facebook. The app has more than 10,000 plant-based recipes, and subscribers gain access to new ones every day. Check it out–you won’t be disappointed!