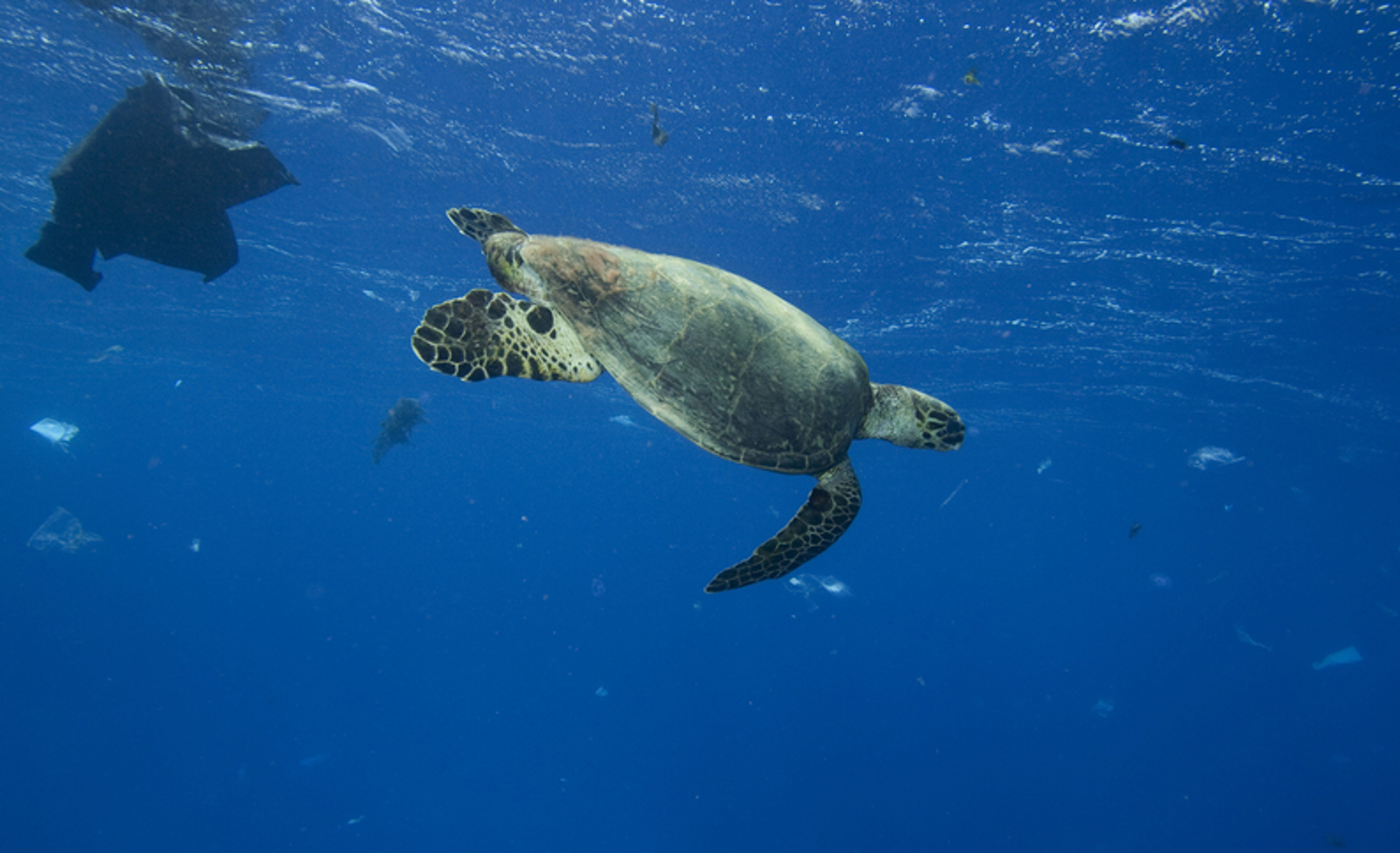 Plastic has become one of the most ubiquitous materials in the world and is used to wrap just about every consumer item you can imagine. An incredible 300 million tons of plastic are consumed every single year … and the shocking news is that only 15 percent of it is recycled. This is a paltry figure in comparison to the 88 percent recycling rate for steel, and the 63 percent rate for paper. Plastic does not biodegrade easily and can remain intact for up to a thousand years before finally breaking down into countless, tiny microplastic fragments. In fact, every single piece of plastic that has ever been manufactured is still in existence today.

In today’s society, plastic can quite literally be found everywhere … and this includes the oceans of our planet, which absorb around 8.8 million tons of plastic waste every single year. At least 270,000 tons of plastic debris are believed to be floating around on the surface of the oceans alone, while a number of “trash islands” have formed in various areas of the world. The most well known of these – the Great Pacific Garbage Patch – is already twice as large as the U.S. state of Texas … and if we continue to treat the oceans as our dumping ground, the situation is unlikely to improve any time soon.

So What Exactly is the Problem With Plastic?

700 marine species are currently threatened with extinction due to the risk of ingesting or becoming entangled in plastic waste. Seabirds, fish, dolphins, polar bears, turtles, and even the largest species of whales are among those affected. The ingestion of plastic kills an estimated 1 million seabirds and 100,000 other marine animals every year. Looking to smaller animals in the ecosystem, a recent study conducted by researchers at Tokyo University of Agriculture and Technology revealed that 80 percent of the anchovies found in the Tokyo bay had microplastics, bits of plastic between 0.1 and one millimeters in size, in their digestive system. After the team examined 64 Japanese anchovies, they found 150 micro-plastic particles in the digestive tubes of 49 of them. Further, it is also estimated that people who eat shellfish can consume up to 11,000 pieces of microplastic a year. Some conservation experts believe – based on current trends – that the oceans may contain more plastic than fish by the year 2050!

Microplastics are especially harmful to the health of marine animals and the oceans as a whole. These tiny particles – which are usually smaller than one millimeter in width – are often composed of a dangerous combination of chemical compounds that are seldom tested for their toxicity. In addition, these tiny fragments of plastic have an ability to act as “toxin sponges,” absorbing a wide variety of endocrine-disrupting chemicals (such as the notorious Bisphenol A and phthalates) from the surrounding water. According to the Plastic Oceans Foundation: “When broken down into tiny pieces, plastic attracts toxic chemicals released over decades from industry and agriculture, the concentration of which increases as they move up the food chain.”

In other words, when marine animals consume chemical-laden microplastics, and we consume those animals, these chemicals could have harmful effects on our bodies. Bisphenol A, for example (also known as BPA) has been proven to have a disruptive impact on the human endocrine system, and has also been linked to certain types of cancer, neurological problems, early puberty, reduced female fertility, premature labor, and birth defects in newborn children. Phthalates – chemicals that are commonly used to make plastic items more flexible – have been linked to reduced sperm count, testicular abnormalities, and tumors. If you eat fish, chances are, you’re also consuming a large amount of microplastics – and the chemicals they harbor – with every mouthful.

Microplastics have even been detected in the air we breathe, putting us at risk of serious circulation and respiratory problems.

How Can You Make a Difference?

If the ongoing destruction that plastic has wreaked on marine animals, the environment, and our health is ever to be halted, it’s vital that we all take steps to minimize the amount of plastic we consume in our everyday lives. For more information and advice on how you can start finding alternatives to this material, check out the posts below.

As the leading organization at the forefront of the conscious consumerism movement, it is One Green Planet’s belief that reducing everyday plastics from our lives is not about giving up anything or sacrificing convenience, but rather learning to reap the maximum benefit from the items you use every day while having the minimum impact. Each of us can play an instrumental role in putting an end to the slow suffocation of our oceans, by identifying where we use unnecessary amounts of plastic in our daily lives and actively searching for alternatives.