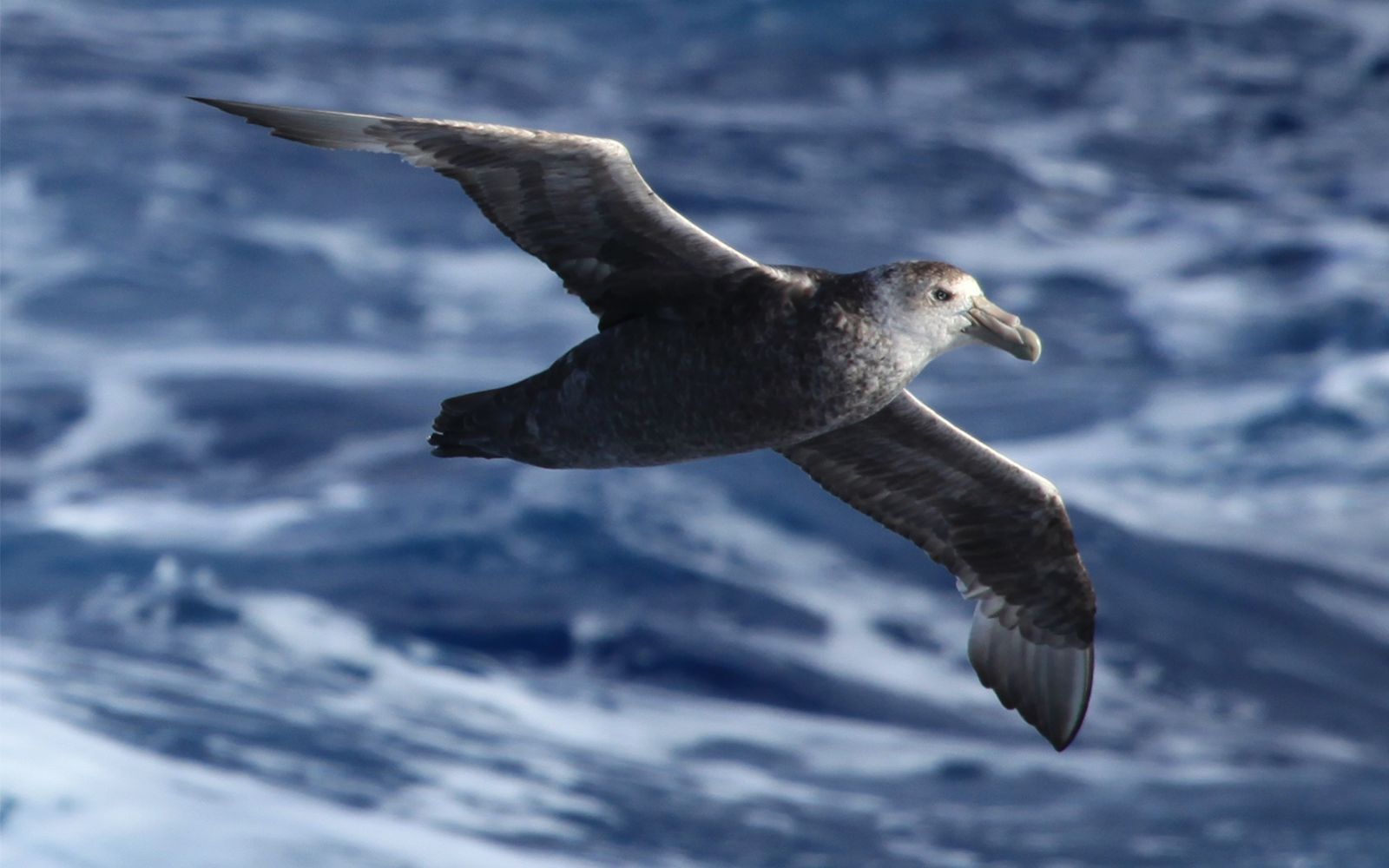 Plastic is absolutely everywhere. Approximately 80 percent of marine litter originates on land and most of it is plastic. The well-known Great Pacific Garbage Patch creates powerful imagery of just how dire the plastics problem is; a gigantic, continent-sized, swirling mess of tiny plastic particles from broken-down plastic containers, bags, and bottles, and they’ve discovered more than just one — there’s five.

However, what most people don’t realize is that the bigger problem is the photodegradation of these large pieces of plastics, which eventually break down under UV light into smaller and smaller pieces, but never fully biodegrade. These are known as microplastics and they are widely dispersed and cannot be mapped from the air.

The impact of plastic on marine life is pervasive. Sea turtles who rely on sight above all other senses when finding food often mistake plastic bags for sea jellies. Whales have washed ashore dead with kilograms of plastic lodged in their stomachs. Researchers at the University of California, have put a figure on how much plastic is swallowed by fish that dwell in just the northern Pacific Ocean — somewhere between 12,000 and 24,000 tons a year. Research has found that 693 species had been documented as having encountered plastic debris, with nearly 400 involving entanglement and ingestion.

Between entanglement, ingestion, and marine ecosystem damage, the threat of plastic pollution impacts marine species both large and small — but let’s not forget our friends in the sky.

One of the first formal scientific studies completed on the ingestion of visible plastic by seabirds was conducted in the 1960s, which focused on the Laysan Albatross. By the 1990s, researchers had identified plastic in the stomachs of more than 35 percent of the world’s seabird species.

According to UNEP, entanglement has been reported in 56 species of marine and coastal birds, and that entanglements appeared to be most common in pelicans, gannets, and a few coastal gull species, followed by albatrosses, petrels, and shearwaters.

These incredibly impressive seabirds have the largest wingspan of any bird, reaching up to 11 feet, and can soar vast distances without flapping their wings. In fact, the Albatross can go years without even touching land, can live up to half a century, and often pair with a single mate for their entire lifespan. There are 22 albatross species recognized by IUCN and three of these species are found exclusively in the North Pacific (Hawaii, Japan, California, and Alaska).

But much like the marine life in the oceans, the Albatross is horrifically affected by the human-created plastics problem. One might argue that it’s intensified because of the way albatrosses catch fish, squid, and other food: they skim the surface of the water with their beak and along the way, they mistakenly pick up a lot of floating plastic. This plastic is then fed to their chicks.

Adults can regurgitate plastic they’ve swallowed, but chicks are unable to, so it fills up their stomachs. New generations of albatross chicks are struggling to survive because of starvation from being “full” or critical damage that occurs to their gastrointestinal tracts. 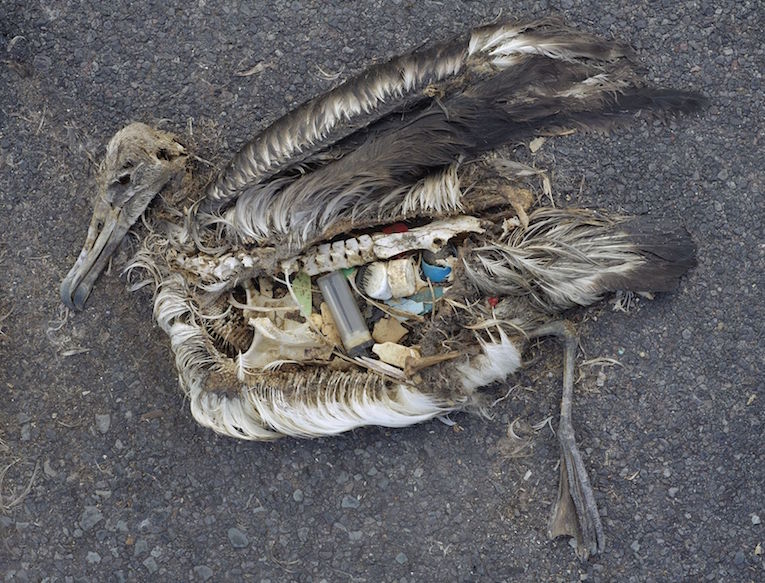 Such photos make a powerful statement regarding just how far-reaching the impacts of human consumption are, the damage we are doing, as we affect generations of birds thousands of miles away.

Every year tens of thousands of albatross chicks on the Midway Atoll in the Pacific Ocean die because they choke or are poisoned by plastics and other human waste that their parents mistakenly feed to them — and this is just in one part of the globe.

Australia’s scientific and industrial research organization, the CSIRO, conducted a three-year marine debris study (2011-2014), which involved a survey of coastal sites approximately every 62 miles. They found that the breeding success of the Flesh-footed Shearwater on Lord Howe Island (between Australia and New Zealand) is in rapid decline due to the starvation of the chicks. 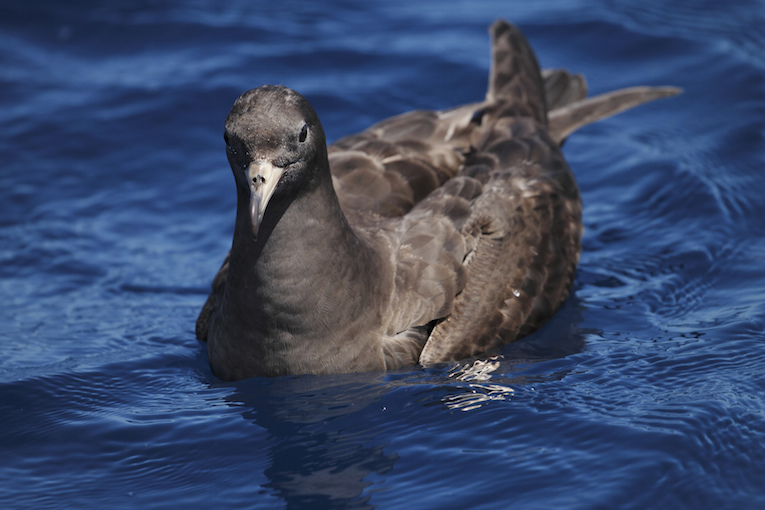 Conservation researcher on Lord Howe Island, Ian Hutton, flushed the stomachs of fifty Flesh-footed Shearwater chicks in 2012 and every chick had some plastic ingested — many with such large amounts that they would die of starvation. During a 2011 survey, one dead bird had 274 pieces of plastic comprising 15 percent of its body weight.

Another broader study has shown that plastic ingestion is so prominent and far-reaching that it affects around 94 percent of all the Cory Shearwaters, and 70 percent of the Yelkouan and Balearic Shearwater birds (the Balearic is listed as critically endangered by the International Union for Conservation of Nature).

While painful starvation is one primary result of plastic ingestion, some birds die horrifically from mechanical injury from pieces of plastic perforating their gastrointestinal tract.

The cases above are just a few examples of how impacting plastics are on seabirds. While governments are responsible for controlling policy and action on debris reduction, we’re also able to do our part each day.

The Declaration for Solutions on Marine Litter was established in 2011. The program has been adopted by 54 plastics industry organizations so far, outlines a six-point strategy for industry action, and advocates close cooperation with a broad range of stakeholders to shape solutions for the marine environment. Approximately 100 projects have been identified at present, which will be carried out in 32 countries, and the implementation of solutions to keep more valuable plastics in productive use while growing recycling and energy recovery.

Coastal Cleanups: Join the International Coastal Cleanup day on September 19th. The 2014 event involved more than 560,000 volunteers in 91 countries who managed to pick up more than 16 million pounds of trash. Check out these other coastal cleanup options by the United Nations Environment Programme.

Tours: Participate in conservation tours like the ones in Costa Rica or Cuba helping sea turtles, or those run by Projects Abroad.

Reduction: There are five big ways you can help reduce your plastic use each day and even 10 ways to adopt a zero-waste lifestyle. If enough people did these things, the amount of plastic being purchased and thrown away would reduce.