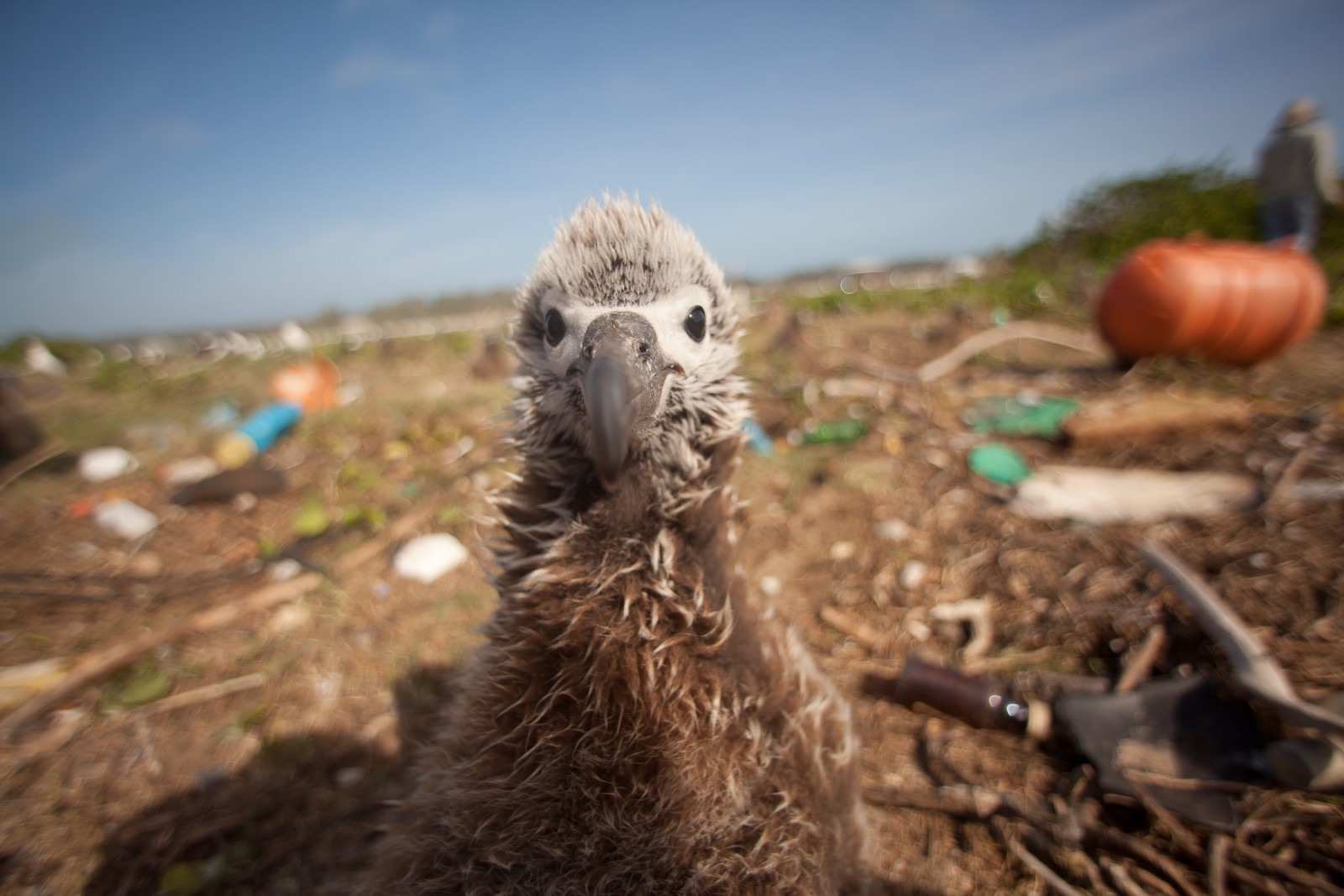 Midway Atoll was the site of an important turning point in world history in the 1940s. The Battle of Midway occurred in June 1942, six months after the Japanese attack on Pearl Harbor. The tiny chain of islands that make up the Midway Atoll ended up playing a pivotal role in the history books and turning the tide on World War II’s action in the Pacific.

While conflict may have ended decades ago during the First Battle of Midway, there appears to be a second battle of a different type raging both on land and at sea. And unlike the wartime fighting that was fueled by international tensions, this new battle is rooted in a common culture obsessed with consumption and throwaway goods. It’s a battle between the environment and garbage that’s thrown away but never actually goes away.

The characteristics of this second Battle of Midway do not involve heavy artillery, strategically planned attacks, or a direct assault on human life. Rather, the war is more passive in nature from man in his onslaught of wildlife on this tiny patch of land in the middle of the Pacific. A little bit of carelessness and ignorance on the part of one individual results in insurmountable destruction when you consider these actions taking place amongst entire populations of communities living along the coast. The plastic pollution that finds its way to the shores of the Midway Atoll becomes an eyesore at best and a lethal meal for a variety of marine life at worst.

Pollution in the Pacific

The Pacific Ocean is rapidly becoming inundated with garbage. Any water bottle, plastic microbead from personal care items, disposal razor, plastic shopping bag or bottle cap that ends in the Pacific Ocean will most likely be pulled around by a series of currents until it is deposited in a massive soup of waste accumulating in the North Pacific. For the uninitiated, this area is referred to as the Great Pacific Garbage Patch and it’s quickly becoming a hot button topic for those concerned about pollution and the health of our oceans.

With a size double that of the state of Texas, the suspended waste represents a massive problem for marine wildlife. Entanglements and accidental consumption of marine debris is common for many animals including seals, dolphins, sharks, and turtles. For a seemingly insignificant piece of garbage that is disposed of once it is useless to a consumer, the Pacific Ocean and the life it contains are suffering immensely.

Being the closest heavily developed area is Honolulu, an exhaustive 1,300 miles away, you’d expect the Midway Islands to be pristine and unpolluted by civilization. However, the close proximity to the Great Pacific Garbage Patch is spelling bad news for this small chain of islands, and delivering massive amounts of waste every single day.

The ocean supplies Midway Island with a constant stream of garbage. Remnants of cultures all around the Pacific can be found littering the beaches in the form of shopping bags, food containers, beverage containers, personal care items, toys, and lighters. This all adds up to 20 tons of plastic waste on the beaches of these tiny islands every single year!

Sadly, the currents aren’t the only mode of transportation for the garbage that ends up on the Midway Islands. When albatross feed at sea, they often dine on garbage they find floating in the ocean. They bring it back in their stomachs, and some even regurgitate it to feed to their chicks. The EPA estimates roughly 10,000 pounds of plastic are deposited onto the Midway Islands every year, just from marine birds alone.

Conservation became the name of the game for Midway when the U.S. Navy ceased operations on the Islands in 1993, and U.S. Fish and Wildlife took full jurisdiction in 1996. Protecting wildlife on Midway is crucial considering the incredible biodiversity living on and around the Islands. 3.5 million birds spanning 20 different species spend at least part of their lives on the Midway Islands. Endangered Hawaiian Monk Seals use the secluded beaches to raise their pups. Nearly 250 species of fish call the coral reefs surrounding Midway home, along with a resident pod of 250 spinner dolphins. And threatened green turtles can often be observed taking a break from swimming on the Islands.

An estimated 98 percent of albatross have plastic in their stomachs, and 40 percent of chicks die every year due to plastic consumption. Once inside the digestive tract, plastic may fill up the stomach, edging out space for food and water. It can also puncture the internal organs or transport a deadly collection of toxins into the bird. For birds living miles from any major source of pollution, this should be a wake-up call for the damage our use of plastics can have on wildlife.

And while the albatross has become the iconic face of Midway’s plastic problem, they aren’t the only victims. Sea turtles killed after ingesting plastic bags, dolphins becoming entangled in old fishing lines, and sea lions being strangled by plastic debris are stories that dot the headlines around the world. And these scenarios are very real threats to the animals that live on the Midway Islands. Even though these animals live far away from humans, they still live precariously close to the threat of humans.

The issue of marine pollution is pretty massive. And it isn’t something you can tackle on your own. But you can take an important stand as an individual and monitor how you might be contributing to the issues that animals on the Midway Islands face, as well as the issue of plastic pollution in general.

The more throwaway items you can remove from your daily life, the better. Consider giving plastic the boot and cutting ties with the monster in as many ways as you can. Don’t stop with plastic! Explore ways in which to beef up your recycling at home by keeping more items out of the trash. And one final way to reduce your contribution to pollution is by re-using items around your home instead of tossing them and buying new ones. The more things you can keep out of the waste stream, the better!