This Striking Image Illustrates the Biggest Deceit of the Plastic Bag 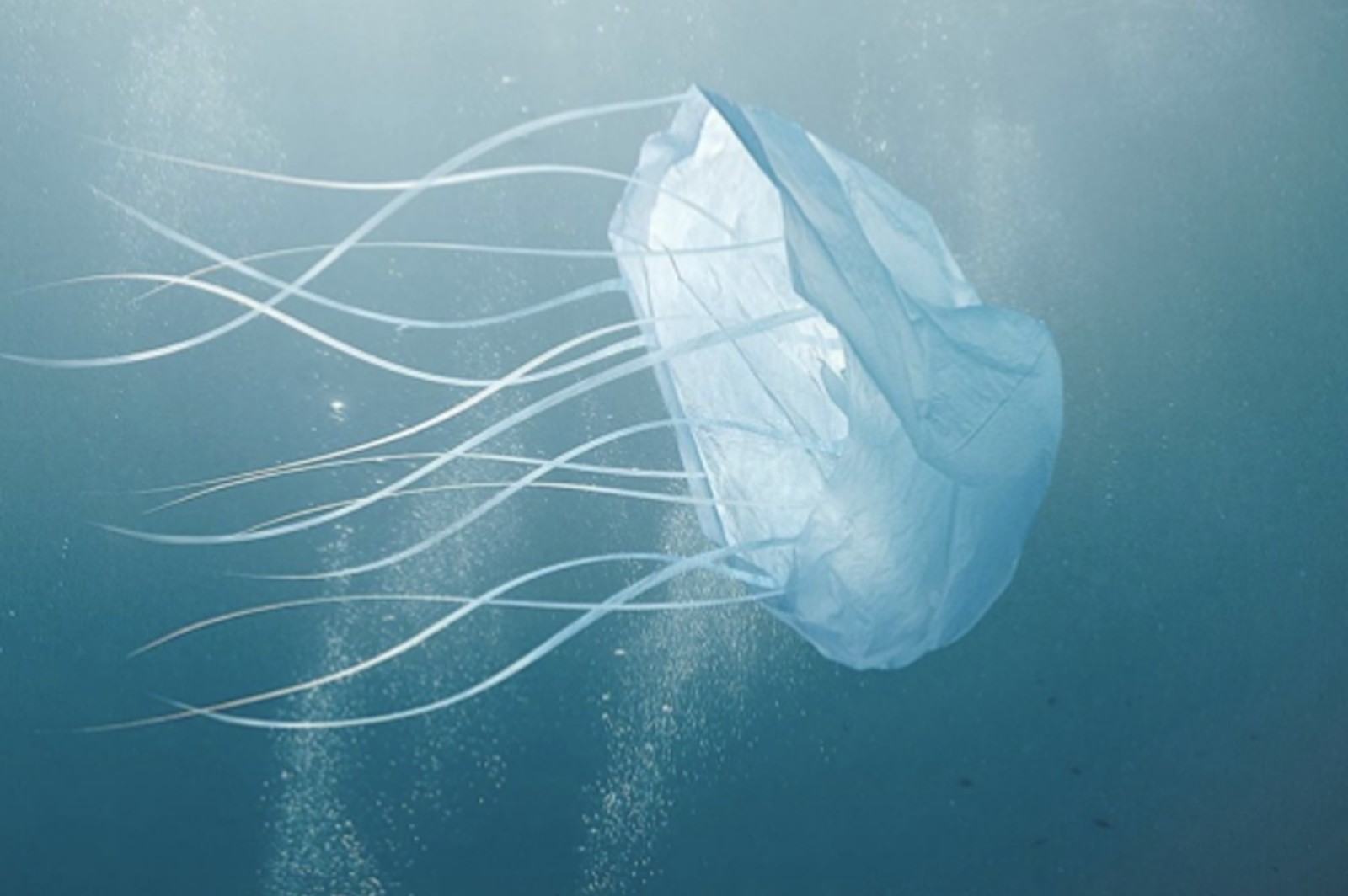 Plastic is a ubiquitous material in our society. It is valued for its low cost and convenience and consequently used to wrap almost everything we buy. However, this momentary convenience comes at a heavy price. Once we’re done with that single-use plastic bottle, drinking straw, or plastic bag, we tend to throw it into a trash can without a second thought. Sadly, the story of what happens to our waste after this is far from pretty.

According to the Environmental Protection Agency, only 12 percent of plastics in the U.S. are recycled, while the plastics that end up in landfill take an estimated 1,000 years to break down. Even when it does “break down”, it never truly disappears, but simply splits into countless microplastic fragments. The bad news doesn’t end there, unfortunately. 8.8 million tons of plastic find their way out of the world’s landfills and into the oceans every single year, with catastrophic results for marine wildlife. It has been estimated that unless we take serious steps to curb our plastic usage, there could be more plastic than fish in the oceans by 2050. This problem is being highlighted by a UK-based group called Surfers Against Sewage. The group – which is actively campaigning to raise awareness about the destructive effects of plastic on marine ecosystems – recently posted a striking image to their Instagram account that exposes one of the greatest deceptions of the plastic bag. 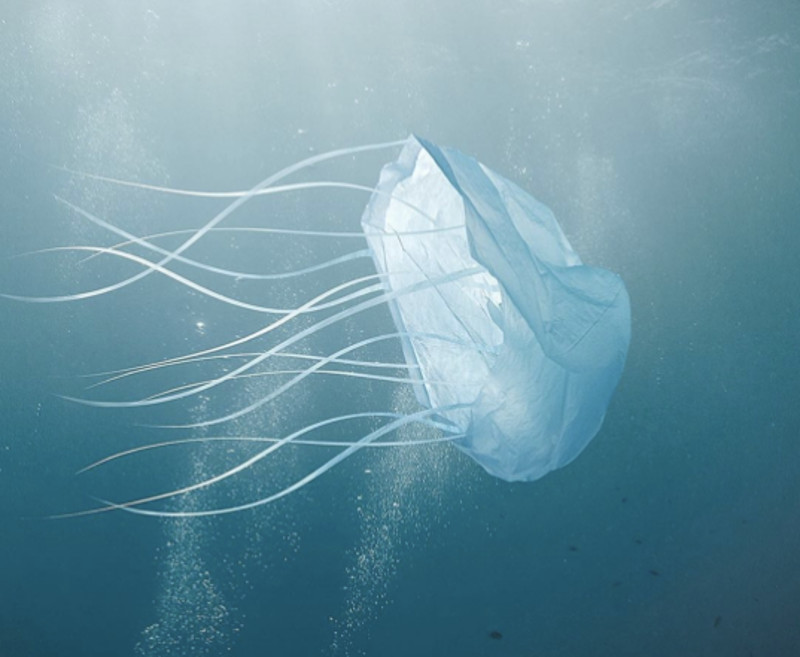 It shows us the greatest lie told by the plastic bag, from the point of view of marine animals: that it looks like a jellyfish … and indeed, is often mistaken for a jellyfish or other food source by marine predators. Many animals have died of starvation after their stomachs became filled with indigestible plastic. Even the largest and most resilient marine animals, such as sperm whales, have died after ingesting too much of our trash. Sea birds, turtles, seals and crustaceans, to name a few, have all suffered serious injuries or even death as a result of becoming entangled in plastic. Overall, around 700 marine species are at risk of extinction.

Scientists also estimate that there are at least three major “trash islands” in the Pacific Ocean alone! There’s no doubt about it: if oceanic ecosystems are to have a realistic chance at survival, every one of us needs to re-evaluate our addiction to plastic. The situation could not be more urgent. “Plastic is ubiquitous in modern society and seemingly unavoidable,” said

“Plastic is ubiquitous in modern society and seemingly unavoidable,” said Nil Zacharias, Co-Founder and Editor-in-Chief of One Green Planet. “But is it worth risking the lives of marine species, the health of the oceans and our own future in the name of convenience? By taking steps to minimize everyday plastics in our lives, we can crush plastic at the source and give marine life a fighting chance.” As the leading organization at the forefront of the conscious consumerism movement, One Green Planet believes that reducing everyday plastics from our lives is not about giving up anything or sacrificing convenience, but rather learning to reap the maximum benefit from the items you use every day while having the minimum impact.

Let’s #‎CrushPlastic! Click on the graphic below for more information.