How Our Obsession With Convenience Impacts Marine Animals 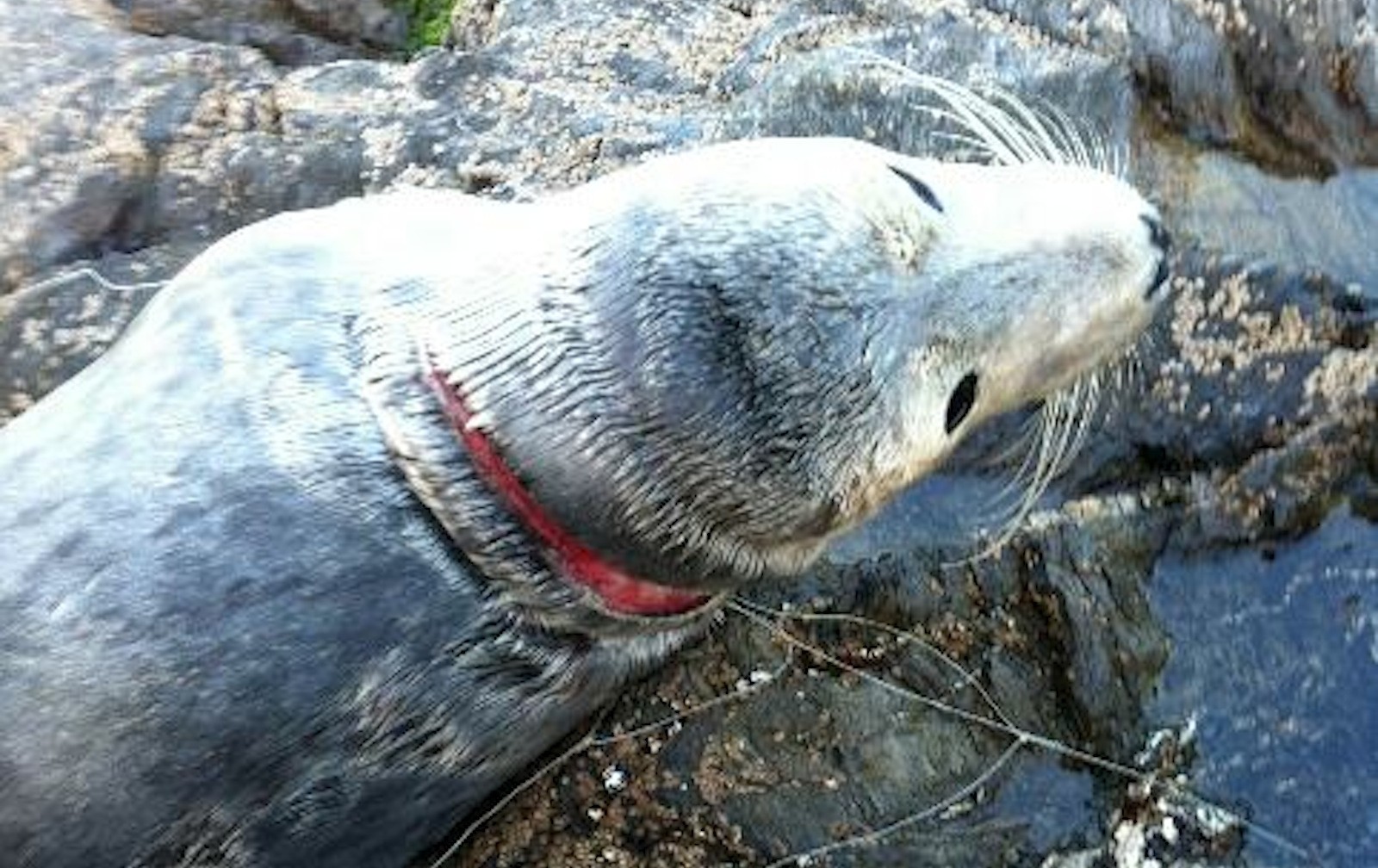 The average American throws out a staggering 4.4 pounds of garbage each day. That’s over 30 pounds per week and 1,500 pounds in just a year. More shocking yet, is that the majority of this trash is completely and tragically unnecessary.

Most of it is packaging — everything from fast-food containers and Styrofoam cups to non-recyclable grocery bags and plastic packets and wrappings from produce and food items, toys, appliances, and other consumer objects. These non-recyclable and non-biodegradable materials are produced at a significant cost to the environment, used for a mere instant, and then discarded, left to physically haunt the planet for millions of years.

Our heedless throwaway culture is creating more landfills than we have space for, as well as gigantic islands of garbage from the trash that makes its way into the ocean. An estimated 270,000 tons of plastic float in our seas and directly threaten 700 marine species with extinction.

Marine animals are routinely found beached, trapped in packaging or dead, having accidentally ingested numerous bits of plastic trash. One recent victim of our garbage is a seal pup, photographed with a deep cut caused by a tightly wrapped piece of plastic string around his neck. 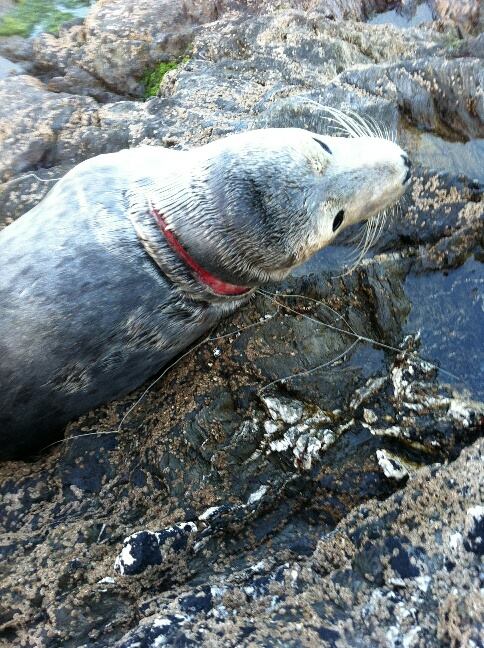 Posted by non-profit organization Surfers Against Sewage, the picture was taken by a supporter, Kourosh Zahedi, in Cornwall, United Kingdom. The photograph’s caption indicates that several attempts to free the distressed seal failed, as the animal was too fearful to be handled. The young seal reportedly struggled to swim away, the dangerous red plastic choker still firmly stuck around the pup’s neck.

According to Surfers Against Sewage, “one million sea birds and 100,000 marine mammals die annually from ingestion of and entanglement in marine litter.” That’s thousands of animals dying horrible deaths because the majority of consumers don’t stop to consider how their trash might impact wildlife. This non-profit, and many like it, organizes beach cleans to prevent washed up bits of trash to harm seabirds and wildlife. While these are great incentives, there are ways to curb the problem at its source.

Chiefly to blame is our propensity to buy packaged products without a second-thought as to where the harmful plastic, Styrofoam or net packaging will end up, or who it might injure or kill. We can help animals with virtually every consumerist choice we make, and forgoing futile packaging for waste-free alternatives is an incredibly simple yet effective way of saving wildlife. But what we choose to eat is also affecting marine animals. While the exact nature of the piece of trash choking this young seal pup is difficult to identify, some commenters have speculated that it may be part of a fishing line, with many of them reporting finding mounds of fishing wire, rope, and other equipment used and discarded by fishermen during beach cleans.

Fishing is not only a destructive and cruel industry that kills billion of sentient sea creatures, destroys ocean habitats and puts several marine species at risk of extinction, it also contributes to the vast amounts of trash finding its way to our oceans and beaches.

As the saying goes, if you’re not part of the solution, then you’re part of the problem. Thankfully, there are simple methods of ensuring you don’t contribute to the plasticalypse currently befalling marine animals. The very best way to save marine wildlife is to stop supporting the fishing industry. By leaving fish and seafood off the menu, you can save 225 fish and 125 shellfish a year – and lower the need for aggressive fishing methods and nets.