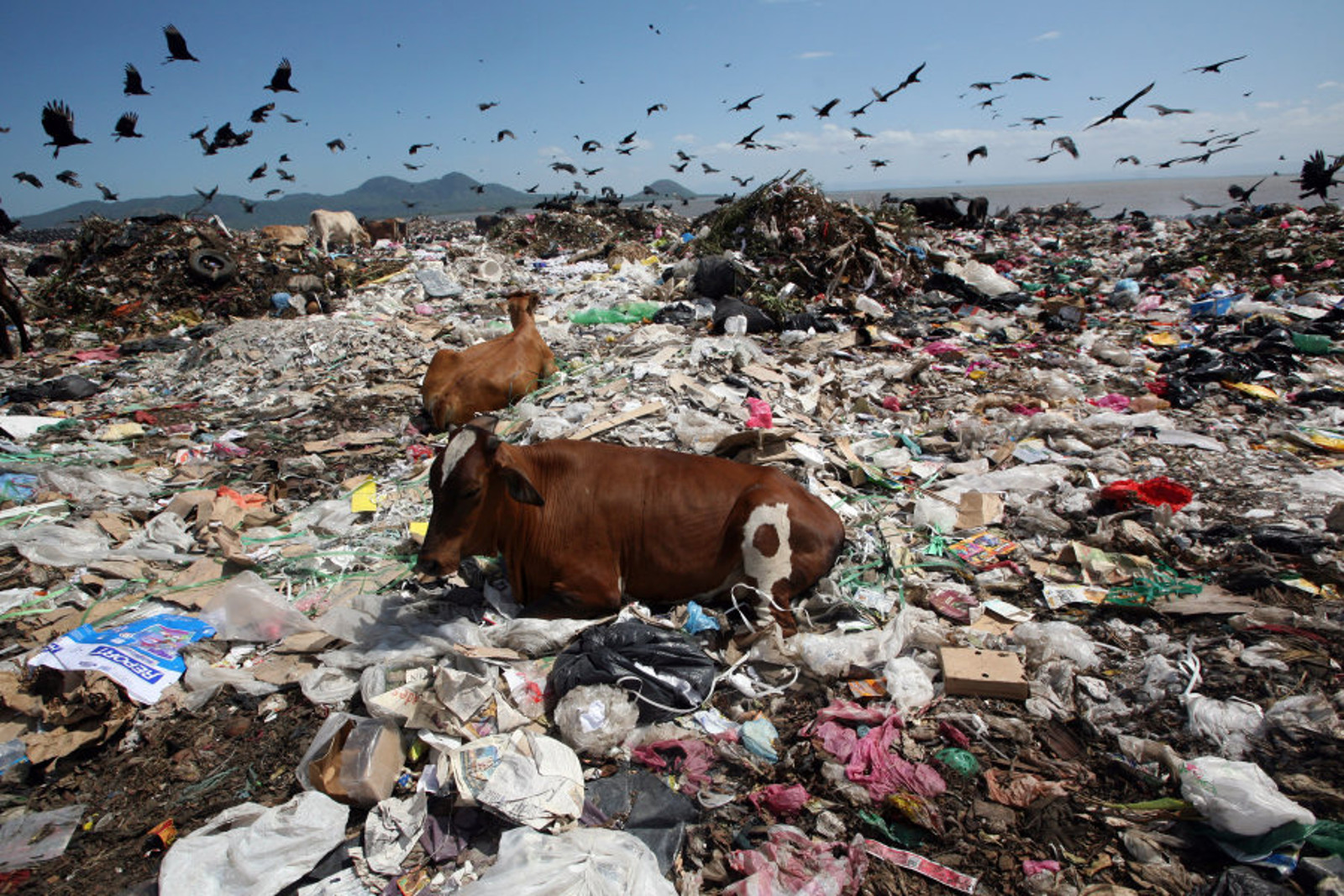 We humans have a serious trash problem. The plastic waste we produce, in particular, is highly problematic. 300 million tons of plastic are produced every year, but only 15 percent is recycled. This stands in stark comparison to the 88 percent recycling rate for steel, and the 63 percent rate for paper. Part of the problem is that plastic does not biodegrade easily. In fact, it can remain intact for up to a thousand years, before finally breaking down into countless, minuscule microplastic fragments. Therefore, it never truly “disappears” – which is an alarming prospect, considering that we only use items such as plastic cups, drinking straws, and cutlery for a few minutes, at most.

It is so easy for us to throw our trash away without a thought as to where it might end up. However, the sobering reality is that the plastic waste we generate takes an enormous toll on the world around us. For example, 8.8 million tons of plastic make their way into the world’s oceans every year. An estimated 80 percent of this comes from land-based sources. The ingestion of plastic kills around 1 million seabirds and 100,000 marine animals each year, while turtles are now estimated to be consuming twice as much plastic as they were 25 years ago. A number of “trash islands” now exist in our oceans, the most well-known of which is the Great Pacific Garbage Patch … that has already grown twice as large as the entire state of Texas. All in all, 700 marine species are at risk of extinction due to the risk of ingesting or becoming entangled in our plastic waste.

Land animals are adversely affected by our trash too. A shocking photograph recently emerged of a polar bear being forced to live on a mountain of trash, showing that our waste has officially reached even the remote Arctic regions of our planet. Plastic bags, cups, food wrappers, and other items can cause animals to die of starvation or suffocation when they are accidentally ingested. Intestinal blockages caused by plastic have been increasingly observed in both wild and domestic animals.

This heartbreaking photograph reveals just how adversely land animals are impacted by our addiction to plastic. 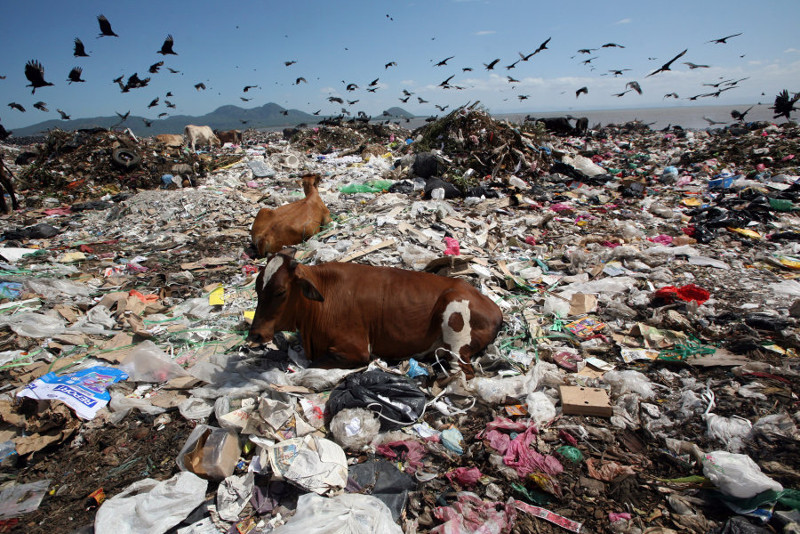 Whenever most people think of the ideal environment for cows, an image of wide, grassy fields, with plenty of room to graze and explore, comes to mind. However, the surroundings enjoyed by these cows are far from idyllic. Sadly – unless we humans find a way to curb our addiction to the convenience that plastic offers us – more and more animals will find themselves having to live on trash.

For more information on the devastating effects our trash is having on the planet, you can check out our articles: Is it Really Worth the Convenience? How Plastic is Harming Animals, the Planet and Us; and 5 Ways Plastic Pollution Impacts Animals on Land.