This Baby Rhino Might be Cute, But That’s Not the Only Reason We Should Care About Them 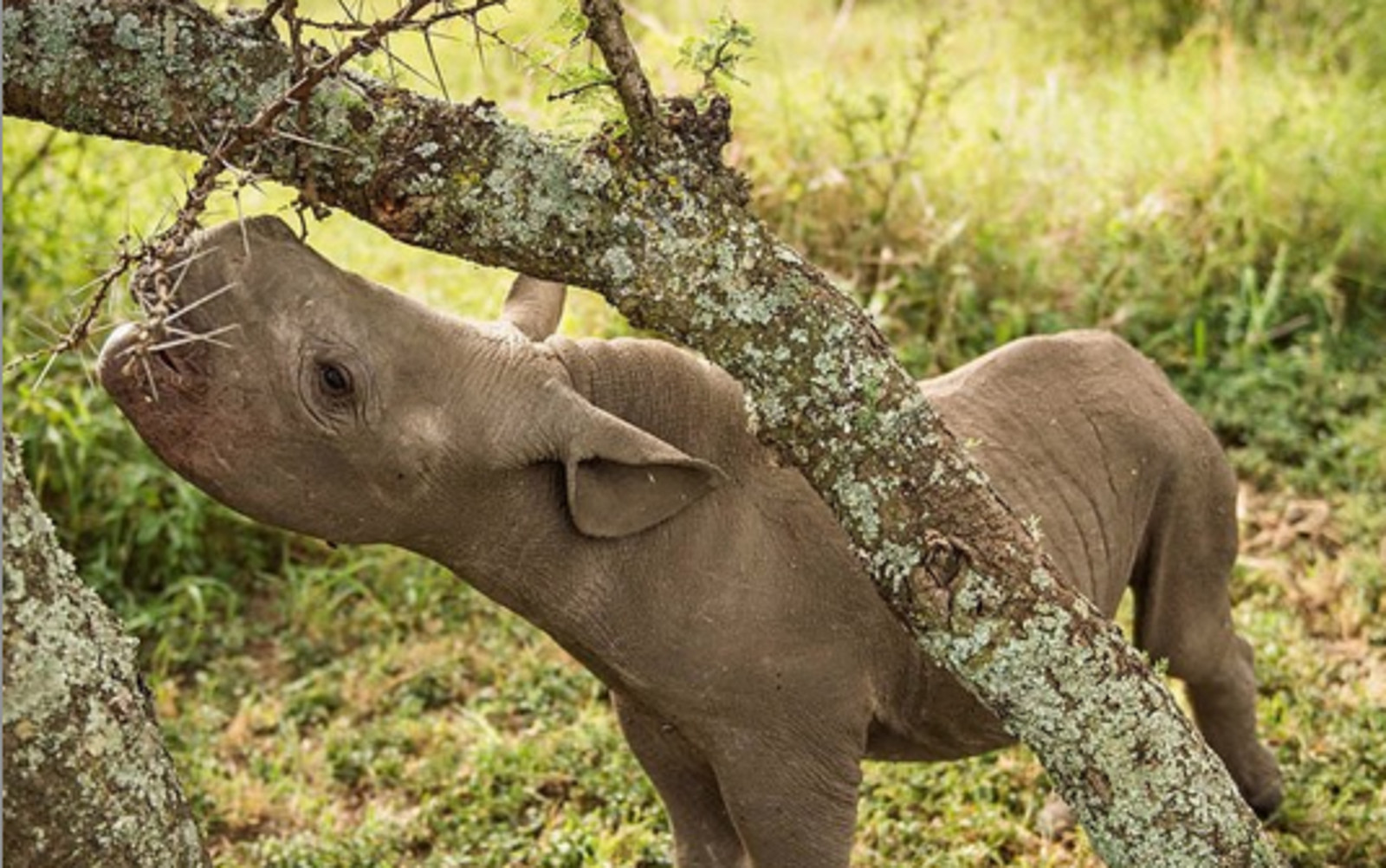 Rhinos are among the most well-known and loved animal species on our planet … but sadly, they are also one of the most endangered. Their horns are mistakenly believed to contain medicinal properties by some Traditional Asian Medicine practitioners, despite being composed of keratin, the very same protein that makes up our hair and nails. In reality, any so-called “benefits” someone could derive from consuming rhino horn could be obtained by simply chewing on their nails … but this has not stopped wildlife poachers from pushing almost every rhino subspecies in the world to the brink of extinction. At least three rhinos are killed for their horns every single day.

The Javan rhino was declared extinct in 2011 while the Western Black rhino suffered the same fate in 2013. Following the death of Nola – one of only four remaining Northern White Rhinos – last November, the outlook for this subspecies is also looking extremely bleak. The Sumatran and Black Rhino subspecies are currently classified as “critically endangered” by the International Union for the Conservation of Nature (IUCN). Sumatran rhinos, in particular, are threatened not just by wildlife poaching, but also by the extensive palm oil plantations that have taken over their former habitat in recent decades – often created by dangerous forest fires.

If Rhinos are Allowed to Go Extinct, What Will This Mean for Our Planet?

Quite simply, the ecosystems that these animals inhabit – savannas and grasslands throughout Africa, for example – will never be the same again. The University of Washington’s Conservation Journal explains the situation like this: “We don’t usually think of herbivores as keystone species. That’s a moniker we usually apply to apex predators, who can keep entire ecosystems in check and aren’t themselves subject to predation. But given their size, mature ‘megaherbivores’ like white rhinos aren’t usually subject to predation either. That allows them to exert disproportionate control over their environments, just as lions or wolves.”

While the removal of apex predators from their natural habitats can have serious knock-on effects, hindering the survival of other animals and plants in the ecosystem, a growing body of evidence suggests that the removal of rhinos could have a similar impact. These animals could be described as “master architects” who help to build and maintain the world around them.

Paleoecologist Jacquelyn Gill has said, “In many grassland and savanna systems, grazers increase biodiversity, by selectively eating certain kinds of plants over others. There is a lot of research that suggests that (grazers are) really important for maintaining diversity, as well as the coexistence of trees and grasses, by creating a shifting patch mosaic on the landscape.” White rhinos, for example, play a crucial role in their ecosystems by creating “grazing patches” that allow other animals to thrive in the low-brush conditions. They have helped to maintain Africa’s landscape for millions of years.

This little one might look cute grazing in his environment, but he is performing a vital ecosystem function. 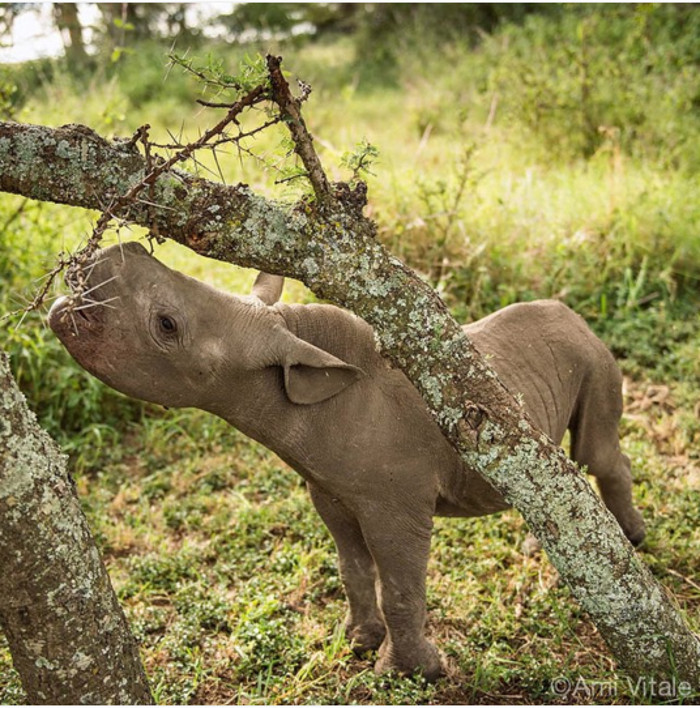 The picture shows Kitui – the latest black rhino to have been born at Lewa Wildlife Conservancy in northern Kenya – happily munching on a tree branch. His activities seem quite innocuous to the untrained eye, but in truth, he is following in the time-honored tradition of countless rhinos before him, keeping plant growth down to a manageable level so that other species around him can thrive. “Black rhinos are known as selective breeders and choose quality over quantity in their diet,” photographer Ami Vitale said. “In addition to protecting rhinos from poaching, Lewa offers habitat preservation so rhinos can thrive.”

In the midst of all the doom and gloom that too often makes its presence felt in the field of rhino conservation, some positive trends have begun to emerge. Lewa Wildlife Conservancy – the home of Kitui and his family – were pleased to report last year that that no rhino had been poached on their grounds in 2014. Their anti-poaching teams have been deployed to other Kenyan rhino sanctuaries that had been experiencing severe losses and managed to reduce the rate of poaching in these places. Let’s hope that rhinos can be saved before it’s too late – not just for their own sake, but for the survival of their ecosystems and our planet as a whole.

Want to know how you can help these important animals? Here are a few suggestions.