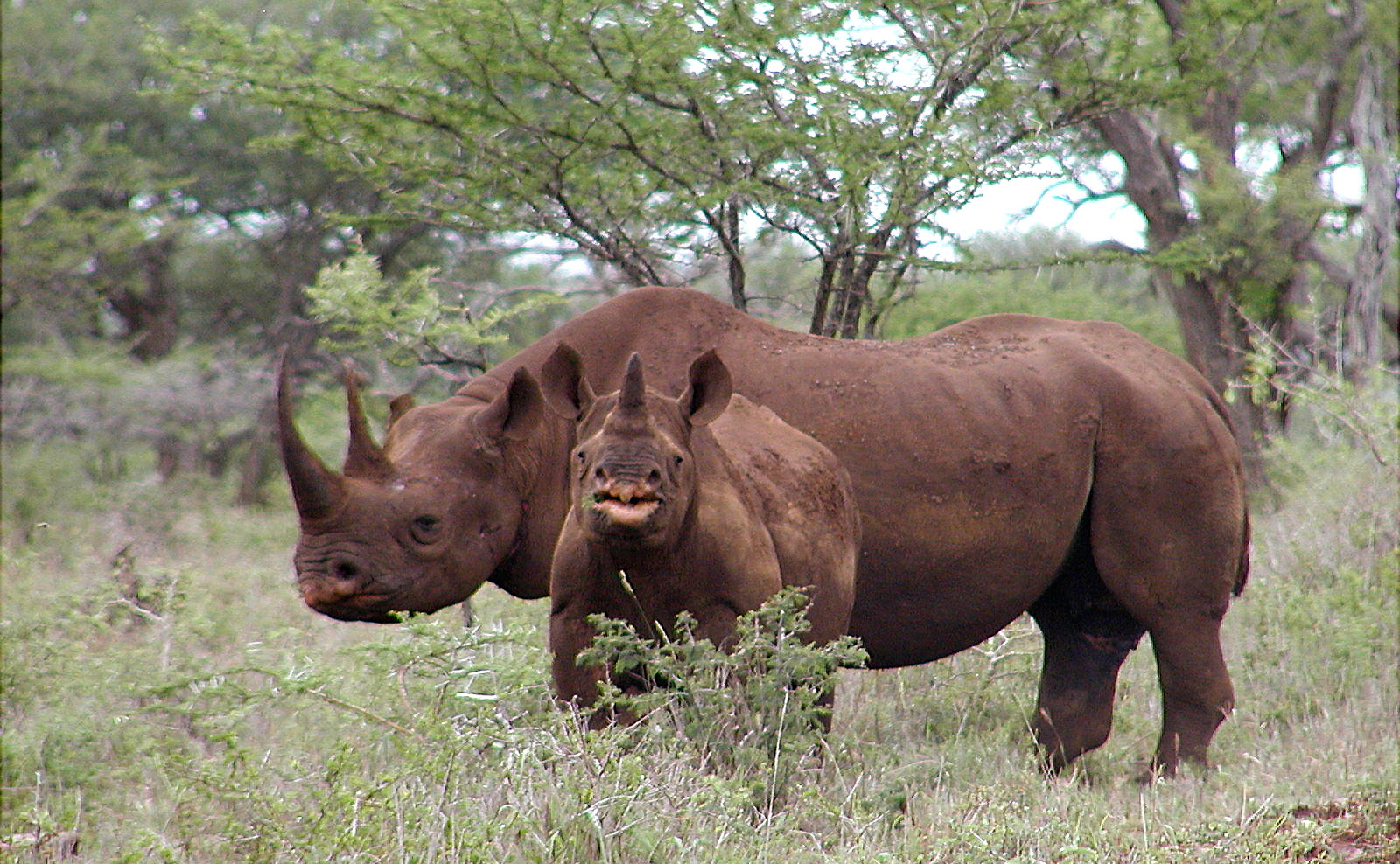 In January of this year, the Dallas Safari Club auctioned a permit for one American to hunt the Namibian endangered black rhinoceros. Despite their protection under the Endangered Species Act, black rhinos can still be hunted … at a cost. Two weeks ago, two applications to import black rhino trophies were filed with the U.S. Fish and Wildlife Service (FWS). The decision as to whether or not the trophies will be allowed to be imported to the U.S. has now been turned over to the discretion of the Fish and Wildlife Services.

Humane Society International is urging the FWS to deny these permits as a way to send a message that hunting endangered species for sport should not be tolerated. One black rhino has already been killed, but there is still one trophy that has not yet been obtained. In other words, there is still a chance to save the life of the other targeted rhino. If the FWS denies the permits, the hunter will be less inclined to kill the second rhino if they cannot take their trophy back to the U.S..

“No matter how the trophy hunting crowd dresses it up, the greatest need of these animals is to stay alive,” says president of HSI, Wayne Pacelle. “This means securing additional protections for them, including space to live and protections from poachers. For that reason, we’ll be opposing the granting of these permit applications.”

What is Trophy Hunting?

Trophy hunting is, essentially, the hunting of wild animals. Each year, hunters kill thousands of exotic animals, and because most hunters prefer to kill the biggest and rarest animals, endangered species sadly fall victim to this cruel sport.

“Trophy hunters want to be able to brag to other hunters that they killed the rarest animals that are generally off-limits to hunters,” explains Teresa Telesky, Wildlife director of HSI. “And they often pay hundreds of thousands of dollars for a permit.”

Indeed, apart from the huge ego boost hunters get from killing a rare animal, they also earn hundreds of thousands of dollars from wildlife body parts including the heads, tusks, and horns of animals. This pay-off makes paying a large sum of money a hunter must pay for a permit “justifiable.”

“Early this year an American trophy hunter paid $350,000 at auction for a hunting permit to kill a critically endangered black rhino in Namibia, of which only about 5,000 exist in the wild,” explains Telesky. This high-paying hunter will surely want to bring back his trophies – after all, not being able to show the spoils of his large payment would be such a waste …

Trophy hunters claim that the sport benefits conservation efforts. When, in fact, it does the exact opposite.

According to Telesky, “Trophy hunting threatens the survival of many species.”

Every individual animal must be kept alive in order to benefit conservation. When population numbers of a species diminishes at such an alarming rate, as has happened with the black rhino, every life is critical.  The black rhino population is currently hovering in the thousands and killing them for sport hardly seems to lend itself to “conservation.” But because of the high price for rare animal body parts, conservation concerns come second to trophy hunters.

“Sometimes foreign governments cash in on their wildlife rather than protect them,” according Telesky.

Affluent hunters pay huge amounts of money to governments for permits that allow them to choose which animals to hunt and kill. But the truth is, the price we would pay in the loss of an entire species is worlds larger than any amount of money. The threat for extinction is too great for us to disvalue their lives for the sake of sport.

Still Time to Save the Black Rhino

Humane Society International is currently collecting signatures for a petition that will be sent to the FWS urging them to deny this hunter’s import permits. While one black rhino has sadly already become a victim of this cruel sport, the life of another can still be saved!

Please sign this petition, before December 5th, and speak up for the black rhinos. This petition, of the HSI, will be sent to the US Fish and Wildlife Service, along with the HSI’s legal and scientific comments. With only 5,000 black rhinos left in the wild, they need all the help they can get!