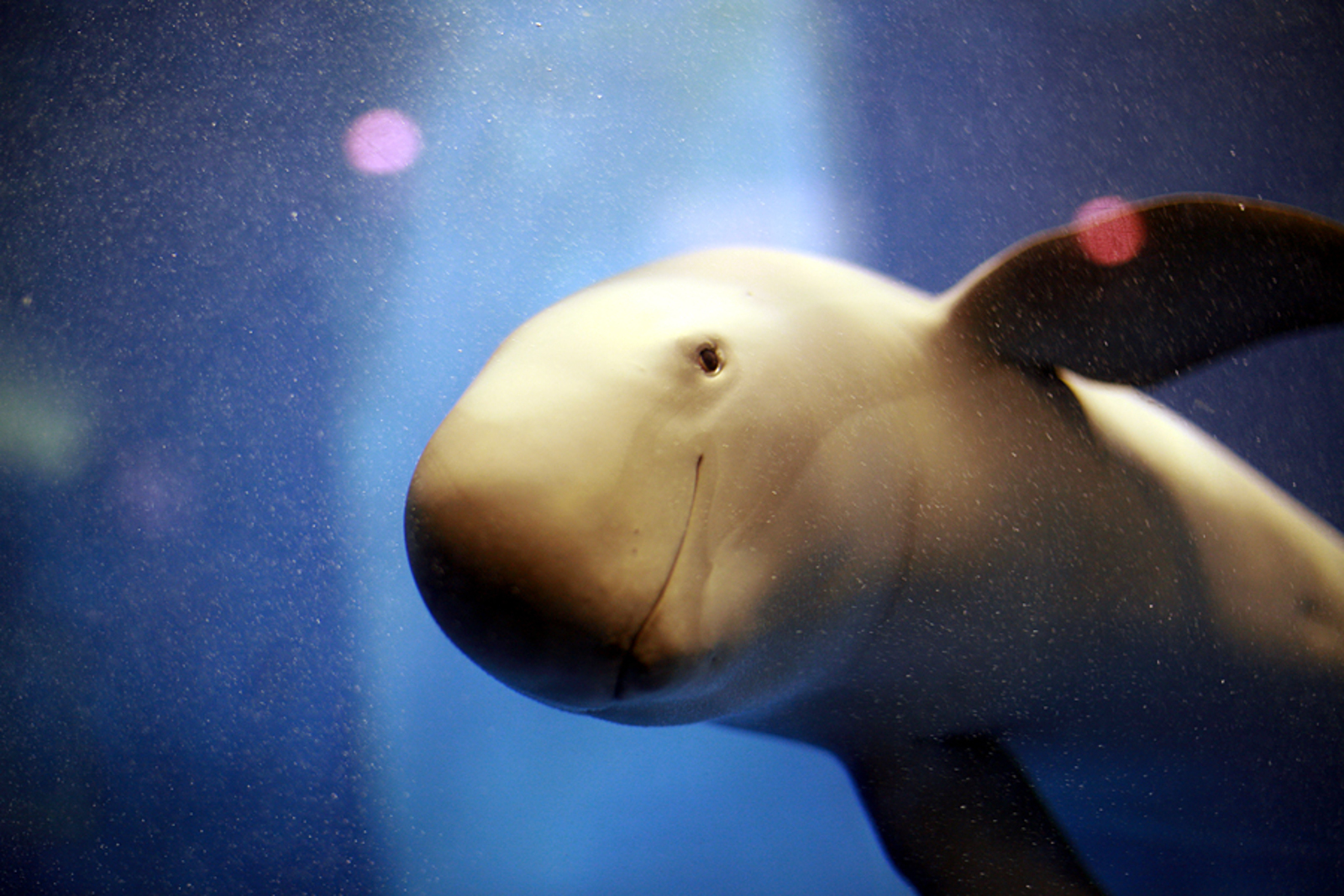 Dec. 28, 2013 marks the 40th anniversary of the Endangered Species Act (ESA), which has been directly responsible for preserving countless endangered animals such as ferrets, prairie dogs, and the American bald eagle. The U.S. Fish and Wildlife Service (USFWS) says that since being signed into law on Dec. 28, 1973, the Act has “saved hundreds of imperiled species from extinction. It is a safety net for the more than 1400 domestic and 600 foreign species of fish, wildlife, and plants that it protects.”

While the ESA has given us animal lovers many reasons to celebrate, the USFWS cautions that there is still much work to be done. Threats like pollution, habitat loss, and poaching have certainly not gone away!

In honor of the occasion, we have compiled a list of five severely threatened animal species throughout the world, together with suggestions on what you can do to help them, because we, too, need to keep up the good work along with the ESA!

The saola – an antelope-like mammal with two parallel horns on its head, found on both males and females – caused quite a stir when it was first discovered in May 1992 as a result of a joint survey carried out by the World Wildlife Fund and the Vietnamese Ministry of Forestry. Indeed, the WWF has described the discovery of this species as “one of the most spectacular zoological discoveries of the 20th century.”

These unusual animals have sometimes been referred to as “the unicorns of Asia,” and unfortunately, they are critically endangered. Their lands – the thick, forested Annamite Mountains of Vietnam and Laos – are threatened by humans who wish to set them aside for agricultural and industrial use. Conservationists fear that this is allowing hunters to more easily access the once untouched forest of the saola.

According to the International Union for the Conservation of Nature (IUCN), the oncilla – a leopard-like South and Central American feline otherwise known as the tiger cat or little spotted cat – was heavily exploited by the fur trade several decades ago, and although this demand has largely abated in recent years, there is still “some localized illegal hunting (of this animal), usually for the domestic market.”

The IUCN adds that oncilla populations are “severely fragmented and are being reduced severely by habitat conversion to plantations and pasture. Change in native species dynamics (predator/competitor) could represent another previously undetected potential threat.”

According to the IUCN, the worldwide population of the Sei whale, also known as the coalfish whale, is said to have decreased by 80 percent over the last three generations. Much of this decline can be attributed to the growth of commercial whaling during this time frame. The organization estimates that over 7,500 of these animals were taken from Norwegian and British waters prior to World War II. The species is now believed to be almost extinct in this region – surveys of northeast Atlantic waters in 1987, 1989, and annually from 1995 to 2005 reported only a single Sei whale sighting.

In the North Pacific Ocean, the IUCN estimates that the “exploitable” Sei whale population (defined as “animals of legally catchable size”) declined from 42,000 in 1963 to 8,600 in 1974, again because of the onslaught of commercial whaling. Today, it is believed that approximately 4,100 Sei whales reside in the western North Pacific, while in the Eastern Tropical Pacific, Sei whales are considered  to be exceedingly rare.

The Yangtze River in Asia is home to many unusual species, including the Yangtze finless porpoise. This little-known marine animal, remarkable for its lack of a dorsal fin, is somewhat similar in appearance to the manatee, with broad flippers and a round, domed head.

In July 2013, the “New Scientist” reported that this porpoise’s conservation status had been upgraded from “vulnerable” to “critically endangered” after a startling decline in numbers from 1,200 in 2008 to under 500 by the end of 2012. It is believed that this has occurred because of pollution, collisions with marine vessels, and accidental catch from overfishing.

Sam Turvey, a zoologist at the Zoological Society of London and a member of the IUCN Cetacean Specialist Group, told “New Scientist” that “collisions with heavy ship traffic are more important as a threat than previously appreciated, but they are extremely difficult to manage given China’s ongoing growth that’s partly dependent on the use of the Yangtze as a shipping route.”

The Sea Turtle Conservancy states that “world wide population numbers for sea turtle species do not exist,” and that the above figures “are estimates of the numbers of nesting females based on nesting beach monitoring report and publications from 2004.”

According to the WWF, leatherback sea turtles – named after the leathery, rather than hard, texture of their shells – are “the largest sea turtle species and also one of the most migratory, crossing both the Atlantic and Pacific Oceans.”

Although leatherback turtles are widely distributed throughout the world, their numbers have suffered serious decline in recent years because of intense egg collection and overfishing. Thousands of these animals have been accidentally caught in shrimp trawl nets, on longline hooks and in fishing gill nets, and are often drowned or crushed to death in the process. In addition, mismanaged coastal development, vehicle traffic on beaches, nutrient run-off from agriculture, and other human activities have contributed to the destruction of their nests.