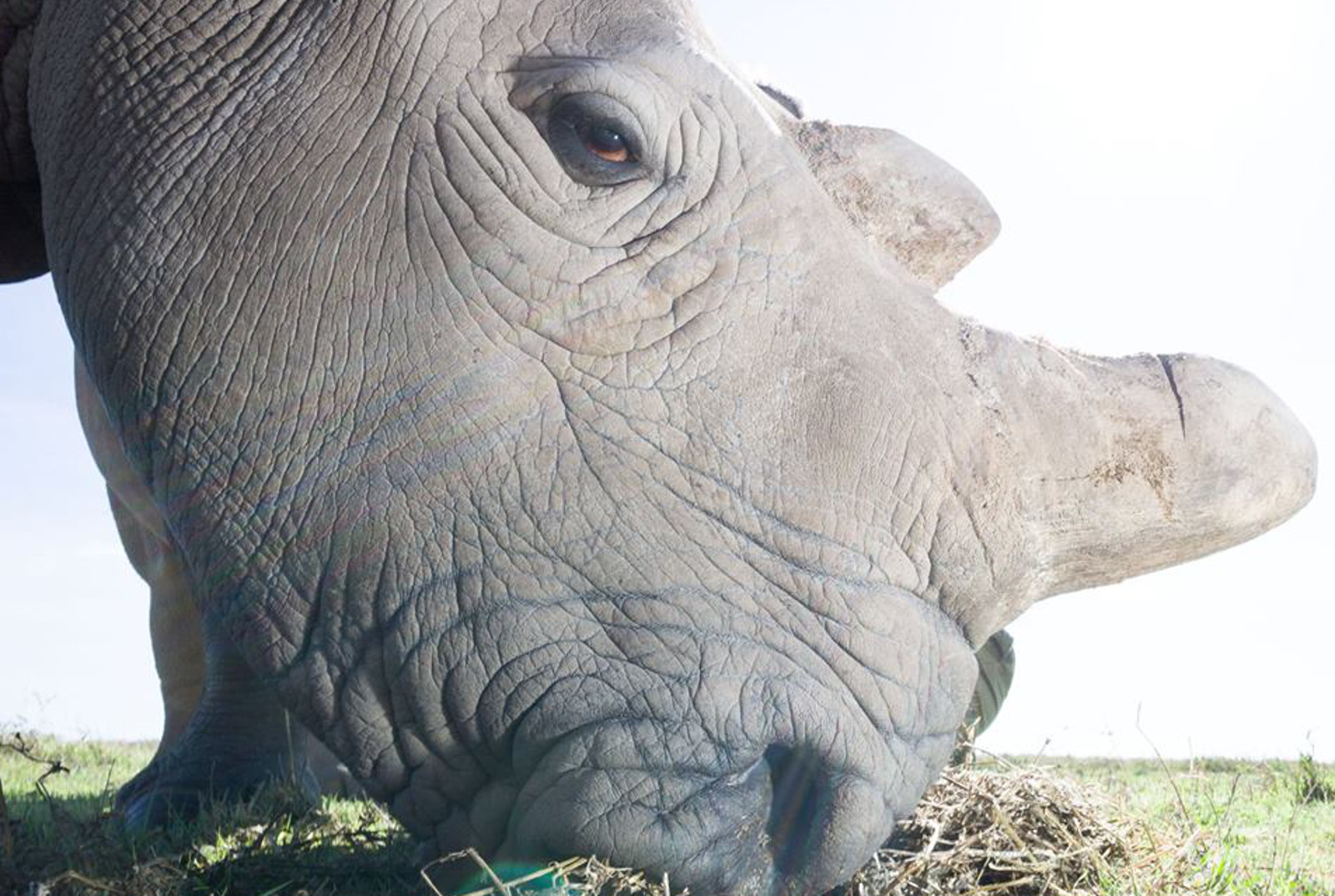 In the 1960s, more than 2,000 Northern White Rhinos existed throughout Africa. Today only five are left – and only one of these is male. Sudan, a forty-year-old Northern White Rhino nearing the end of his life span, is under 24-hour protection from armed guards, just to survive. Poaching, the illegal killing of wild animals, is one of the biggest threats to this species and the number of Northern White Rhinos has caused them to become the rarest species on the planet. The Ol Pejeta Conservancy is doing all it can to protect this last remaining rhino of his kind, and although the future of this species looks bleak, hope is not yet lost amongst dedicated wildlife experts and rangers.

Known as the “Rhino Rangers,” the brave men at Ol Pejeta’s Conservancy are putting their lives at risk to protect Sudan, the last Northern White Rhino on Earth. They’ve taken great measures to keep him safe, including removing his horn, the thing that endangers him the most. A four-man team of guards are protecting Sudan. And the future of the Northern White Rhino species completely depends on his survival.

The End of a Species

Rhino horns are highly prized in many Asian countries  for their “supposed” medicinal benefits. However, rhino horn is actually made of keratin: the same thing our fingernails are made of.  Yet, in Traditional Chinese Medicine, it is believed that rhino horn can treat fever, gout, hangovers, and other disorders. As of today, there is no scientific evidence that rhino horn can help these ailments, but for hundreds of years it’s been a traditional belief in Asian countries.

Sadly, as a result of this belief, the demand for rhino horn continues to increase; it is estimated that powdered rhino horn costs around $75,000 per kilogram. So poachers, driven by this high pay-off, will hack off the horns on a rhino’s face, whether dead or alive. Poachers are fearless when it comes to getting hold of rhino horn, which is why they’ll go to great lengths to get it. For that reason, wildlife rangers are working desperately hard to protect the last remaining male rhino of his kind before the species is wiped off the planet for good.

What Happens to the Ecosystem When Rhinos Disappear

In addition to poaching, which is the biggest threat to the Northern White Rhino and other species of rhino, habitat loss is another threat. Clearance of land for human settlement, agricultural production, and logging have all dented the population of rhinos and other animals.

White rhinos play a crucial role in the ecosystem by increasing plant diversity and creating grazing patches, which helps other animals to survive. These animals have helped to maintain Africa’s landscape for millions of years. Without the rhino population, vegetation overgrowth threatens other species who have adapted to thrive in low-brush conditions. Additionally, high grasses are more prone to insects that can carry diseases that spread to humans and animals alike.

According to the World Wildlife Fund, “Local people also depend on the natural resources within rhino habitat for food, fuel and income. As one of Africa’s ‘big five,’ rhinos are a popular sight for tourists. Ecotourism can be an important source of income for local people.”

Without this iconic African grazer, we stand to lose so much more than just the Northern White Rhino species.

Sudan needs your help and time is running out. Thanks to the incredible Rhino Rangers, he is getting all the protection he can get right now but that protection comes at a high price. Keeping the rangers safe is expensive and money is running out. Ol Pejeta is looking to raise enough money to provide wages and resources to the team for the next six months but in order to do that, they really need your help. Your generosity could save a species, so please, support Sudan and the amazing team of rangers by donating here.

Another thing you can do, of course, is to avoid purchasing any illegal wildlife parts, including rhino horn. And don’t forget to spread the word! Tell your family and friends about Sudan and urge them to send a donation to help save the world’s last male Northern White Rhino. Be part of the solution: Save Sudan and the rest of the species now!

Wildlife experts are hoping that Sudan will breed with one of the remaining females, but being the age he is, they are unsure of how successful it will be. Vitro fertilization is not out of the question, either.  Right now, experts are trying to do whatever they can to save him. If he dies, so does the whole of the species.