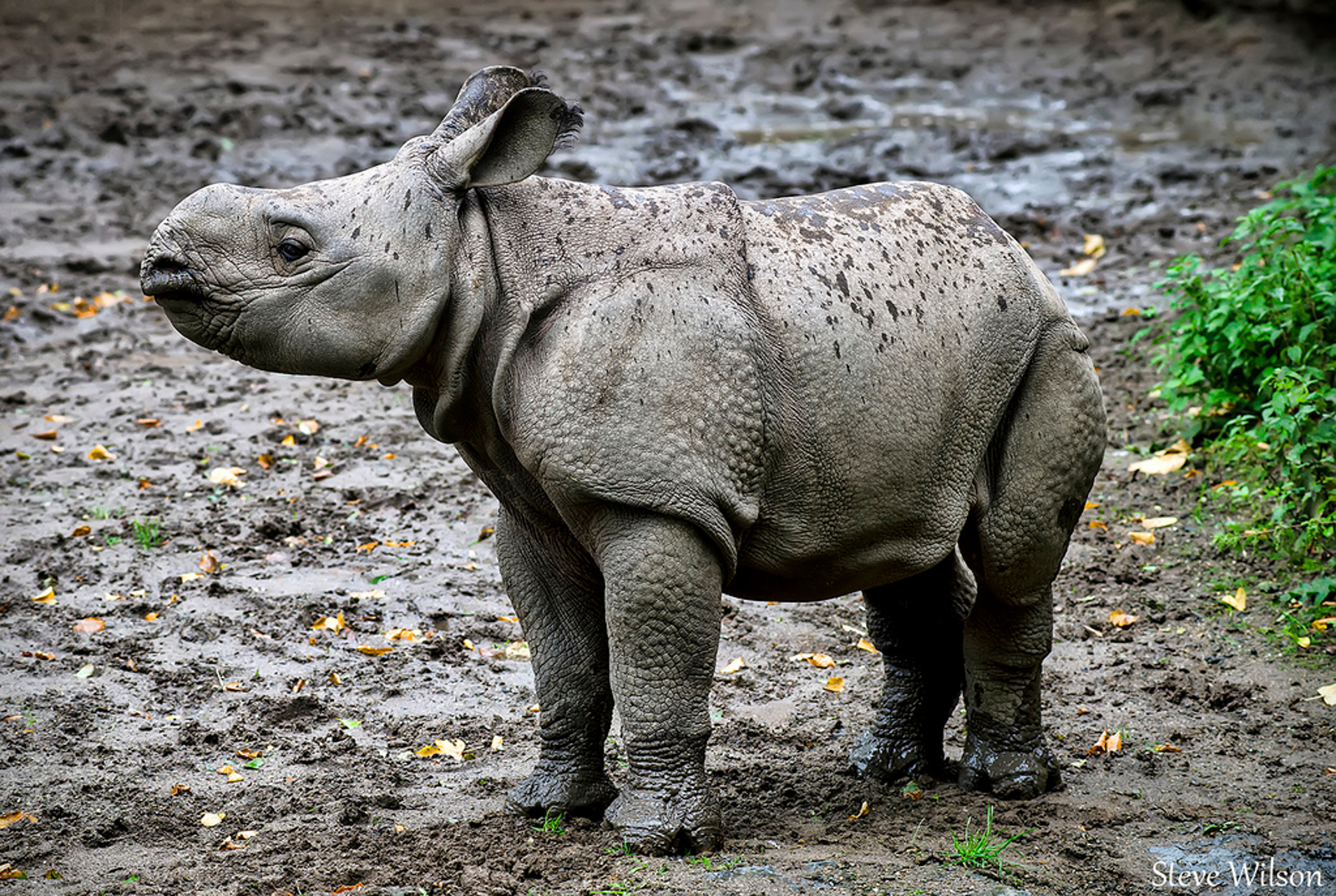 In Vietnam, China and other parts of Asia, rhino horn is a highly valued ingredient of Traditional Chinese Medicine. Rhino horn is thought to have strong healing properties that can heal a variety of ailments including cancer.  As a result, hundreds of rhinos are killed every year for their horns. The sad reality is that Rhino horns are composed of keratin – the protein that makes up our hair and nails. Effectively, this means that the same “benefits” of consuming rhino horn could just as easily be achieved by chewing on your nails. However, the practice of poaching rhinos for their horns persists.

Since Vietnam is one of the world’s largest consumers of rhino horn, Humane Society International (HSI) has been working on a campaign to tackle the trade, which includes reaching out to children in Vietnam about rhino conservation.

Last week, the organization premiered their “I’m a Little Rhino” video, based on a book, to nearly three thousand primary school children in Ha Noi. Illustrating interesting facts about rhinos and how they are killed for their horns, according to first-hand accounts from administrators, this story certainly left an impression on its audience.

“The children were fully engaged,” Kitty Block, Vice President of HSI, tells One Green Planet.”They understood the messaging and participated in the day’s theme to protect rhinos and other wildlife by acting out on stage a scene of hunters trying to kill animals.”

While it may seem like a minor form of action in combating the illegal wildlife trade, reaching out to Vietnam’s youth may just be the stepping stone to conserving one of the world’s longest living species.

The Power of Storytelling

Awareness is key when it comes to conserving the world’s rhino population. Once children see the connection between rhino horn and the suffering these animals face, as a result, there’s a high chance they’ll avoid feeding the demand now and in the future. Children naturally relate to the characters in the books they read and become invested with their well-being (even if they are fictional).

”After the ‘hunters’ tied one of the ‘animals,’ children came to free the animals – the children in the audience leaped to their feet cheering,” Block explained to One Green Planet. ”They cheered again when the ‘hunters’ were captured and cast off the stage. The children, led by their teachers, also participated in a question and answer session. The questions were thoughtful and demonstrated an understanding of the plight of rhinos and their role going forward to protect them.”

Around 1.4 million copies of the “I’m a Little Rhino” book will also be issued to primary schools in six cities, through a partnership with the Department of Education and Training of each city.

All five rhino species are endangered and threatened with extinction. It’s literally a case of now or never in terms of taking action. While habitat loss is a major cause of population decline, poaching is the main threat to rhinos. Even though research has confirmed that rhino horn, contains absolutely no medical properties, many people in South East Asia remain oblivious to that fact. Education is the first step in teaching people otherwise and by empowering the younger generations to understand the threats facing this species, hopefully, they will take up where other generations have left of and ensure the long-term survival of these iconic animals.

You Can Help Too!

With just a few minutes, you can make a huge difference for rhinos. Here are three easy steps you can take to help protect rhinos.

Most importantly, share what you’ve learned and encourage others to as well. Together, we can help protect the future of the rhino.