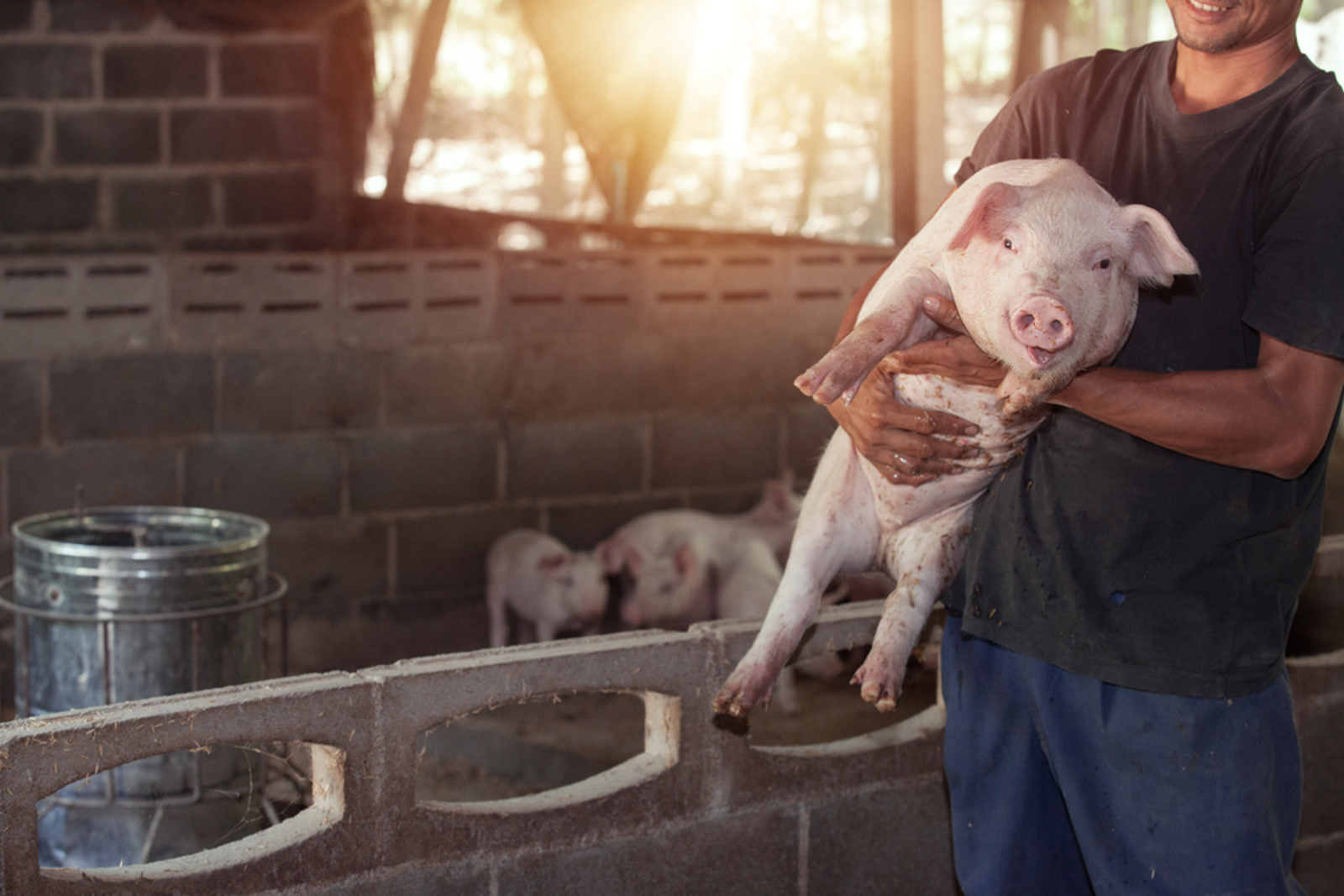 Surveyed rural Iowans said that they would rather live next to a prison, a solid waste landfill, a slaughter plant or a sewage treatment plant than in the vicinity of a pig factory farm. That’s how incredibly abhorrent industrial hog farms have become, producing so much air and water pollution that the effects on area residents’ health, quality of life, and even property values, is thoroughly nauseating. Now, the Republican legislature in North Carolina, which is home to a $2.5 billion hog industry (the second biggest in the country, after Iowa), is seeking to prevent affected residents in its state from having any recourse with respect to those matters, with bills pending in both the state House and Senate that would bar people from suing hog farmers, even when it becomes too dangerous for those families to open their windows or breathe the outdoor air where they live.

The most affected counties in North Carolina lie on the coastal plain – the same area where slavery most thrived before the Civil War. Today, it hosts a new kind of systematic abuse – that which imprisons 10 million of pigs annually on 2,100 overcrowded factory farms. This area is also still home to the highest concentration of African Americans in the state, and census data shows that 25 percent or more of the population in the three biggest hog-producing counties lives below the poverty level. The North Carolina Environmental Justice Network believes that’s why this region was targeted by factory farming companies, which the state government is attempting to protect from the dozens of pending lawsuits that have been filed by people living near these facilities.

Retired hog farmer and Republican state Representative Jimmy Dixon, who sponsored the House bill, says the complaints these lawsuits support are “at best exaggerations and at worst outright lies,” and he has accused the plaintiffs of “being prostituted for money” by lawyers. But the realities of living near an industrial hog farm tell a different story.

Many people are familiar with the stench that swarms around animal farms, inducing those of us who are simply driving through the area to roll up our windows as quickly as possible and switch the A/C to re-circulate mode. But those smells also come with serious consequences for area residents.

Hog farms like these typically collect the pigs’ waste in massive lagoons that can stretch the length of several football fields. As this waste breaks down, it forms ammonia gas, which breeds bacteria and combines with other pollutants in the air to form nitric acid that ultimately builds up in the atmosphere and returns to the earth as acid rain.

These cesspools also release hydrogen sulfide, which the National Institute for Occupational Safety cites as a leading cause of death in the workplace, and methane, a major greenhouse gas. Human exposure to that much methane can lead to vision problems, heart palpitations, brain damage, trouble breathing, and even death.

Farm Sanctuary reports that 25 percent of workers at pig factory farms report respiratory problems, including asthma, bronchitis, and organic dust toxic syndrome. Farm Sanctuary also cites a major study in which residents in the vicinity of a large pig farm were found to have “higher reporting of headaches, runny noses, sore throats, excessive coughing, diarrhea, and burning eyes,” and the CDC has even reported that mental health deterioration. In addition, “zoonotic” diseases such as H1N1 (otherwise known as Swine Flu, which is “likely caused by the overcrowding of pigs on factory farms and the storage of their waste in giant manure lagoons”) are known to be airborne and to further sully the air with health-harming particles.

Worse yet, these cesspools are prone to leaks, as witnessed in 1995 when an eight-acre hog-waste lagoon in North Carolina burst and released 25 million gallons of manure into the nearby New River. That spill alone killed 10 million fish and resulted in the closing of 364,000 acres of coastal wetlands used for shellfishing. Spills like these also saturate area waterways with excess nitrogen and phosphorus that cause massive algae blooms, which soak up the water’s oxygen and kill all other marine life, in addition to potentially harming humans and pets who become exposed either through direct contact or because their drinking water comes from an affected source. In 1996, the Centers for Disease Control found that high nitrate levels in drinking well water close to Indiana agriculture feedlots were linked to spontaneous abortions, and other studies have found that high levels of nitrates in drinking water also increase the risk of methemoglobinemia, or “blue-baby syndrome,” which can kill infants.

As if all that wasn’t bad enough, many farmers try to dodge water pollution limits by spraying the cesspool waste into the air when their “poo lagoons” become too full. This further infects the air with these same pollutants and directly affects area residents’ health and quality of life, in addition to compromising soil and water quality.

Given their poverty level, residents surrounding North Carolina’s hog factory farms generally can’t afford to move, especially since their property values have fallen as a result of lying in the vicinity of these facilities. And it is despicable for state legislators to both deny these citizens’ rights and protect industry interests over public health.

That’s why we ask that you join us in signing this petition and demanding that the North Carolina House and Senate both dismantle those proposed bills and enact environmental safeguards to protect the state’s residents.

Even if you don’t live in North Carolina, you can help reduce the devastating impact of hog farms with your own food choices. To learn more about how you can help the environment, animals, and people every time you eat, join One Green Planet’s #EatForThePlanet campaign.