Pollution in Our Waterways is Harming People and Animals – How Can You Stop This!

It’s a well-known fact that we have a water pollution problem. Pesticides, fertilizers, and animal waste from the agriculture industry are contaminating our lakes, waterways, and oceans. We’re also dumping over 180 million tons of toxic chemicals and other pollutants from industrial and mining practices into the world’s lakes, rivers, and oceans every year.

A 2010 assessment of 50,000 lakes by the U.S. Environmental Protection Agency (EPA) found that nearly 20 percent had been affected by nitrogen and phosphorous pollution. And the United Nations Department of Economic and Social Affairs states that globally, “the biodiversity of freshwater ecosystems have been degraded more than any other ecosystem.” Water pollution affects all species, even the tiniest of microorganisms, and threatens the survival of our ecosystems. And since natural bodies of water are usually connected to other water sources,  when one becomes contaminated, so do the others.

The Mississippi River, which starts at Lake Itasca in northern Minnesota and is fed by several smaller waterways, passes through large agricultural areas before emptying into the Gulf of Mexico. The toxins collected along they way have resulted in the creation of large dead zones in the Gulf of Mexico that have affected over 130 federally protected species including marine life, birds, and land animals.

But the Mississippi isn’t the only river in trouble. According to an assessment by the EPA, 46 percent of rivers and streams in the U.S. are in poor condition and unable to fully support aquatic life. Agriculture is largely to blame, but it’s not the only culprit. 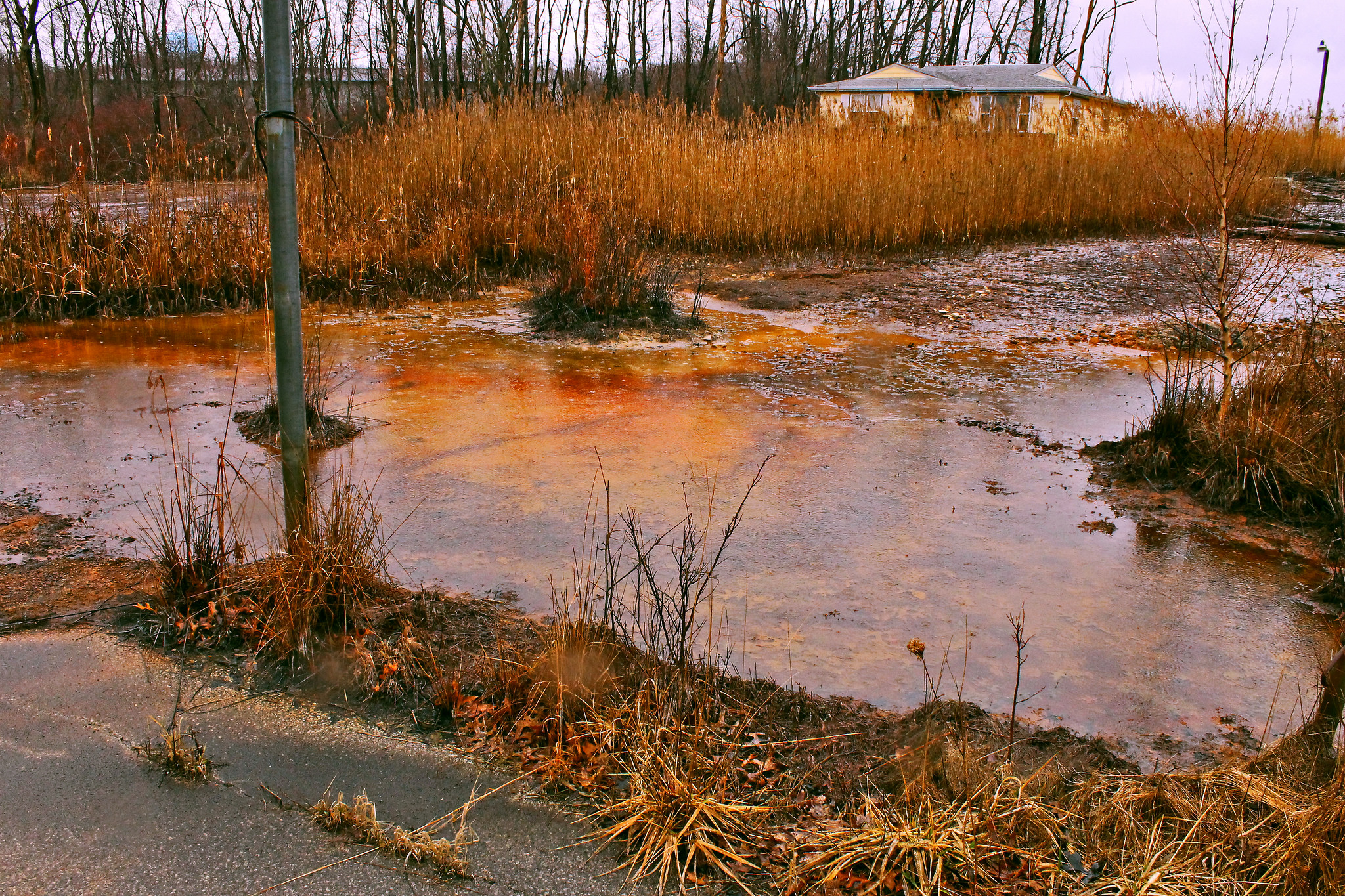 A 2012 report revealed that industrial facilities were responsible for dumping 226 million pounds of toxic chemicals into more than 1,400 waterways in the U.S. — and that was just over the course of one year. These chemicals are the manufacturing byproduct of everything from clothing to electronic devices, contaminating water supplies and the air we breathe when they’re released into the environment.

Abandoned mining operations are another source of toxic waste, creating acidic water that’s also high in metals. As a result, the water surrounding these sites also become high in metal, and the pH level in thrown off-balance, resulting in polluted waters that are unable to support aquatic life and vegetation. If left unaddressed, the contamination can continue for more than 100 years. Between 1997 and 2008, U.S. federal agencies spent $2.6 billion cleaning up abandoned mining sites. Like oil spills and other toxic cleanup, the process is complex and can take several months, if not longer, to complete. 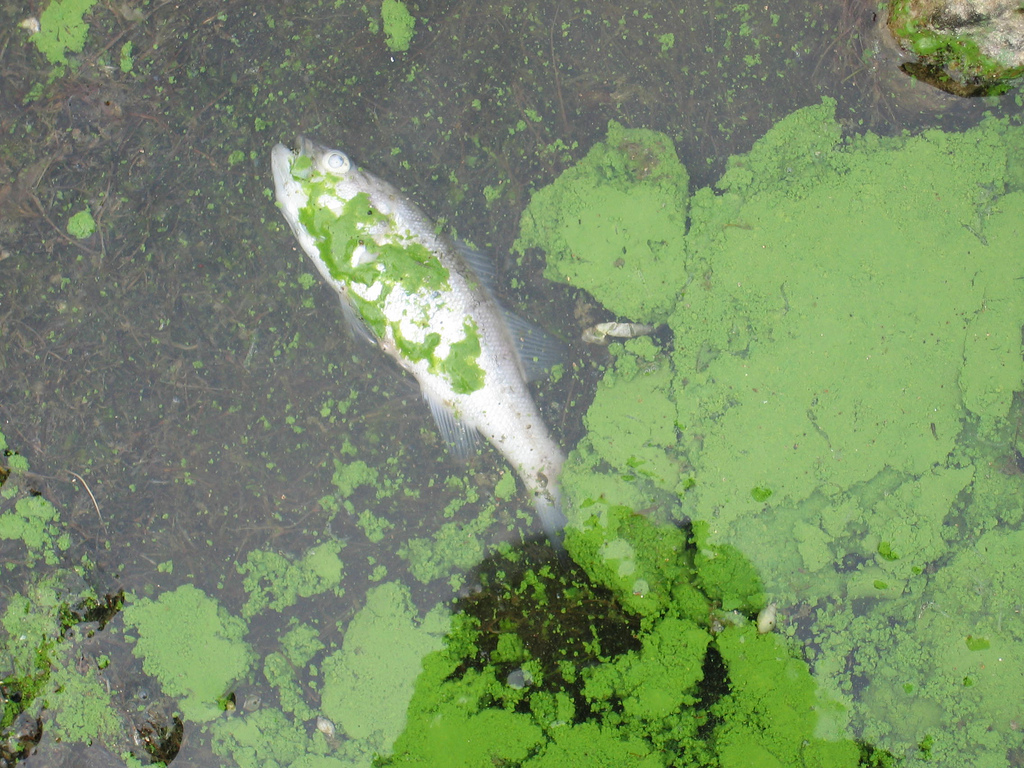 Waterways need nutrients to help ecosystems thrive, but too much of a good thing can be problematic. Rain can wash fertilizers, pesticides, and contaminated soil into rivers and streams, where it creates excessive amounts of nitrogen and phosphorous in the water. This excess of nutrients stimulates the growth of plants in lakes, taking up additional oxygen from the water and eventually killing organisms, insects and other aquatic life.

Pollution due to excess nutrients in freshwater or saltwater also results in algal blooms, which are a thick sludge or discoloring that covers the surface of a body of water. These toxic blooms pose a threat by depriving the water of oxygen, which is essential to the survival of aquatic species. A lack of sufficient oxygen kills off aquatic life and plants, resulting in dead zones and threatening the survival of the ecosystem. Land animals, birds, and humans can also be harmed by the contaminated water, or by consuming fish or shellfish that lived in contaminated water. 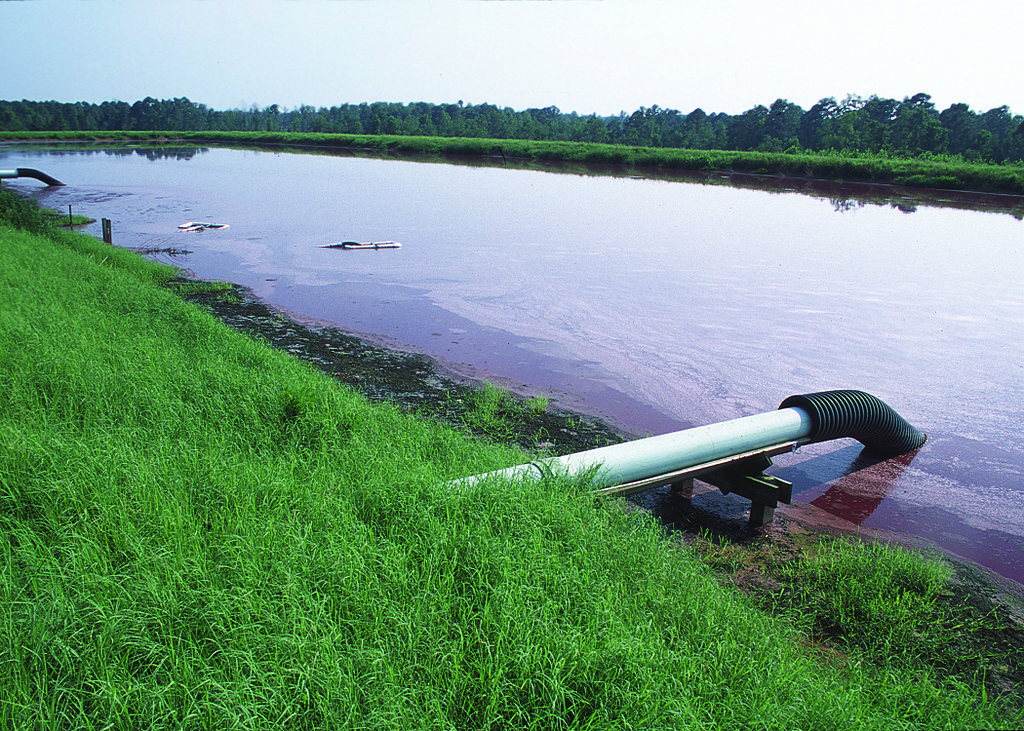 Animal waste from factory farming contributes to water pollution when the large, open-air lagoons that house wastewater from the farms leak and contaminate local water supplies, or when runoff from the farms makes its way into nearby lakes and waterways. But it’s not only farms that contribute to waste; slaughterhouses are also to blame, with facilities in the U.S. being responsible for 55 million pounds of pollutants being into waterways each year.

Like pollution from pesticides and fertilizers, animal waste can contribute to algal blooms by introducing dangerous levels of ammonia, nitrogen and phosphorus into lakes and waterways. Animal waste from factory farms also contains hormones which, when introduced into water systems, can cause reproductive problems in fish.

While it’s hard to do the damage we’ve already caused, a few simple lifestyle changes can make a huge difference by limiting the introduction of additional toxins into our environment.