For those who are working to reduce or eliminate their meat intake, fish and other seafood often become their main source of protein, usually under the belief that eating fish doesn’t cause the same environmental harm as eating other sources of animal protein. But it’s not just pescetarians who are eating a lot of fish. Seafood consumption has increased and become a widely popular menu item, whether it’s restaurants offering wild-caught fish or grabbing a tray of sushi from your local grocery store.

Americans consumed about 4.8 billion pounds of seafood in 2009, most of which was shipped in from other countries after being caught in the ocean or raised in an aquafarm. That same year, about 143 million tons of seafood was consumed globally. 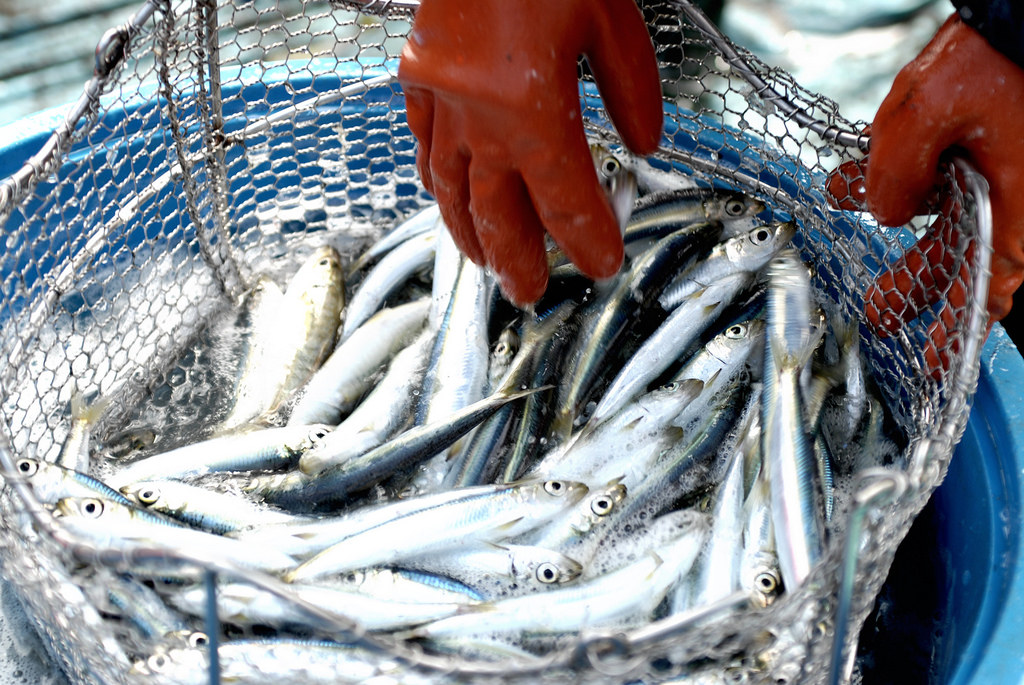 In some parts of the world  — primarily coastal areas and developing countries — fish is a staple food, serving as a primary (and necessary) source of protein and nutrients for families. For the rest of us, however, it’s a luxury that we’re overconsuming, even though we have ample access to other, more sustainable options. As commercial fishing practices work to keep up with demands, we’re not only depleting ocean supplies at a rapid pace but making fish less available for those who truly depend on it for survival.

It’s a problem that will only get worse, especially as demands increase to feed a global population that’s expected to reach 9.7 billion by 2050. But the issue of overfishing goes beyond the meal on someone’s plate. The methods by which seafood is captured from the ocean are harming marine species that are already vulnerable and facing extinction. 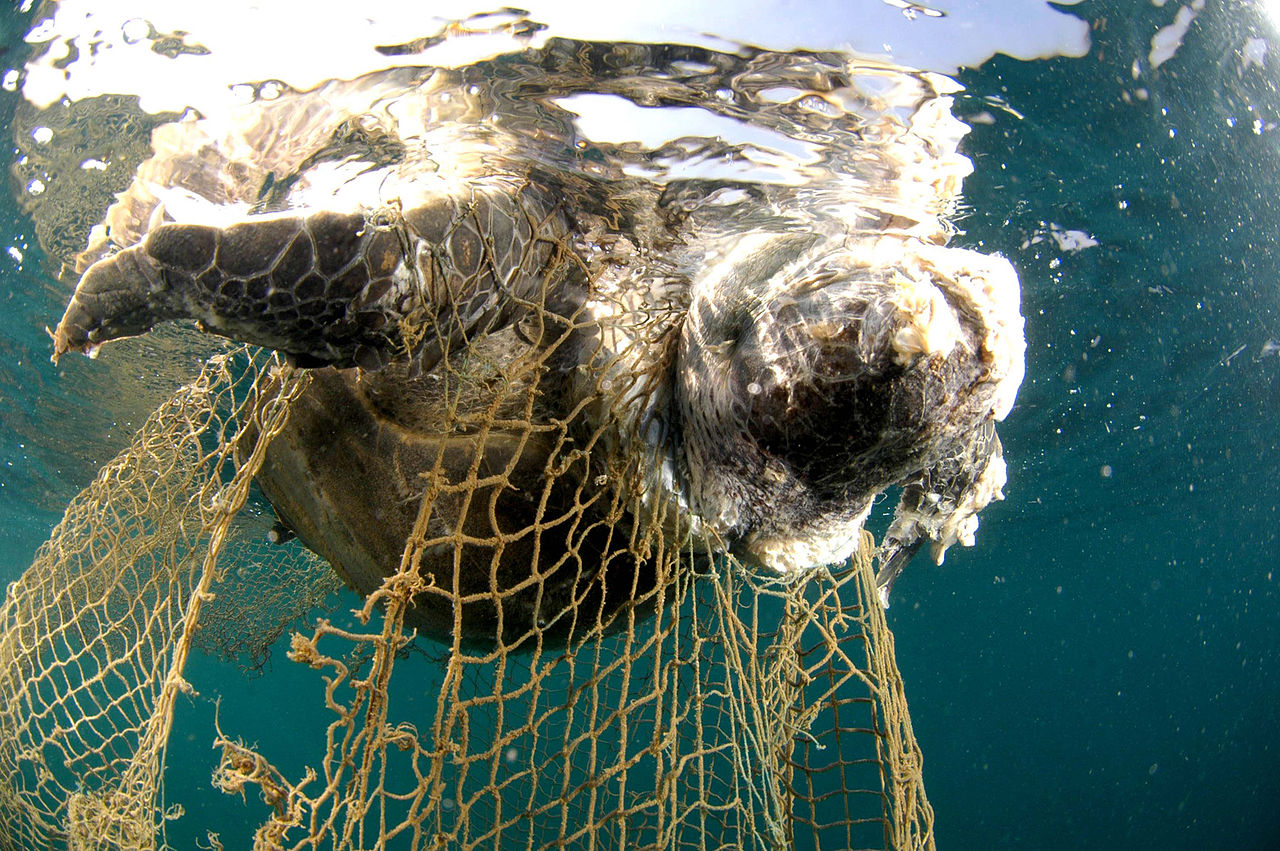 Sadly, commercial fishing operations use methods like trawling, gillnets, and longlines that end up catching more than their targeted species — including sharks, dolphins, whales, sea turtles and fish. This “bycatch,” which often includes injured marine animals, is then discarded back into the water, causing suffering, and putting further strain on species that are already struggling to thrive as a result of pollution and the effects of climate change.

According to a 2014 report by Oceana, “300 whales and almost 700 sea turtles were entangled or killed in a single year in Atlantic and Gulf of Mexico longlines.” And while bycatch isn’t always accurately reported by fisheries, the report estimates that up to 40 percent of overall catch globally is bycatch and that some fisheries catch more bycatch than their intended catch, with a 66 percent discard rate in some cases.

In addition to the lines and nets injuring marine life, trawling, and other methods damage coral reefs and seagrass, both of which provide a home and food source for marine species. Discarded nets, traps, and fishing line also remain in the water and wash up along shorelines, trapping animals when they become entangled or breaking into small pieces that are then unintentionally ingested by fish, birds, and sea mammals. 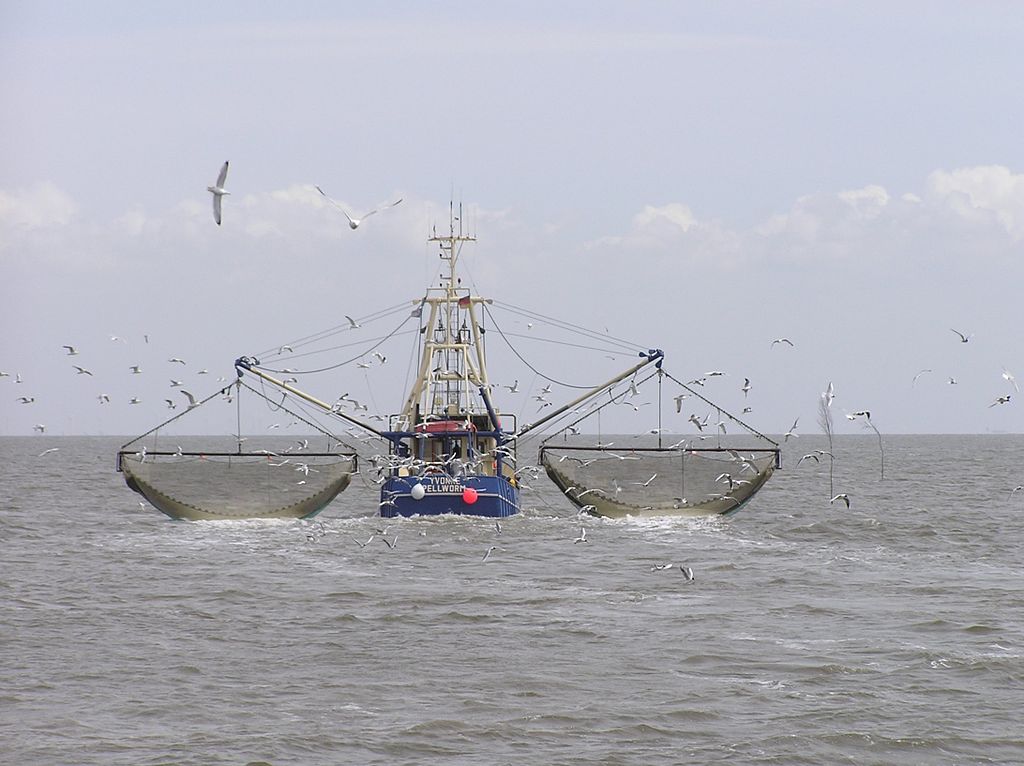 High demand for seafood has been depleting populations at a rate faster than they can replenish themselves, driving some species toward extinction. In fact, “85 percent of the world’s fisheries are either fully exploited or overfished,” according to the World Wildlife Fund. Their Living Blue Planet report found that populations of utilized fish species have reduced by 50 percent since the 1970s, with exploitation being the primary cause in most cases. The report also states that “the global fishing fleet is 2-3 times larger than the ocean can sustainably support.”

Overfishing harms other marine life by disrupting the food chain, placing animals that rely on that species as a food source in danger of starvation. And when populations of predatory species are diminished, other species will overpopulate, destroying biodiversity, and causing the entire ecosystem to suffer.

Eating fish is bad for the planet and harms marine life, but there are also other reasons you might want to reconsider putting it on your plate. Plastic trash, including microplastics and microfibers from our clothing, is not only polluting oceans but being consumed by fish and other marine animals. Toxins from the plastic are then absorbed by fish, which can then be passed along to the animal or human who consumes it. By eliminating fish and other seafood from your diet, you help protect oceans and marine life and protect yourself from dangerous toxins.

You can easily make seafood dishes without using any fish, including vegan sushi rolls or tomato-based “tuna” that will add amazing flavor to your favorite dishes.

As Captain Paul Watson has said, “If the oceans die, we die.” If we have the power to lower our personal consumption of fish, or eliminate it entirely, to help keep our ocean ecosystems in check, it’s really in all our own best interests to do so.

To learn more about how to start using your food choices to help heal the planet, check out One Green Planet’s #EatForThePlanet campaign.